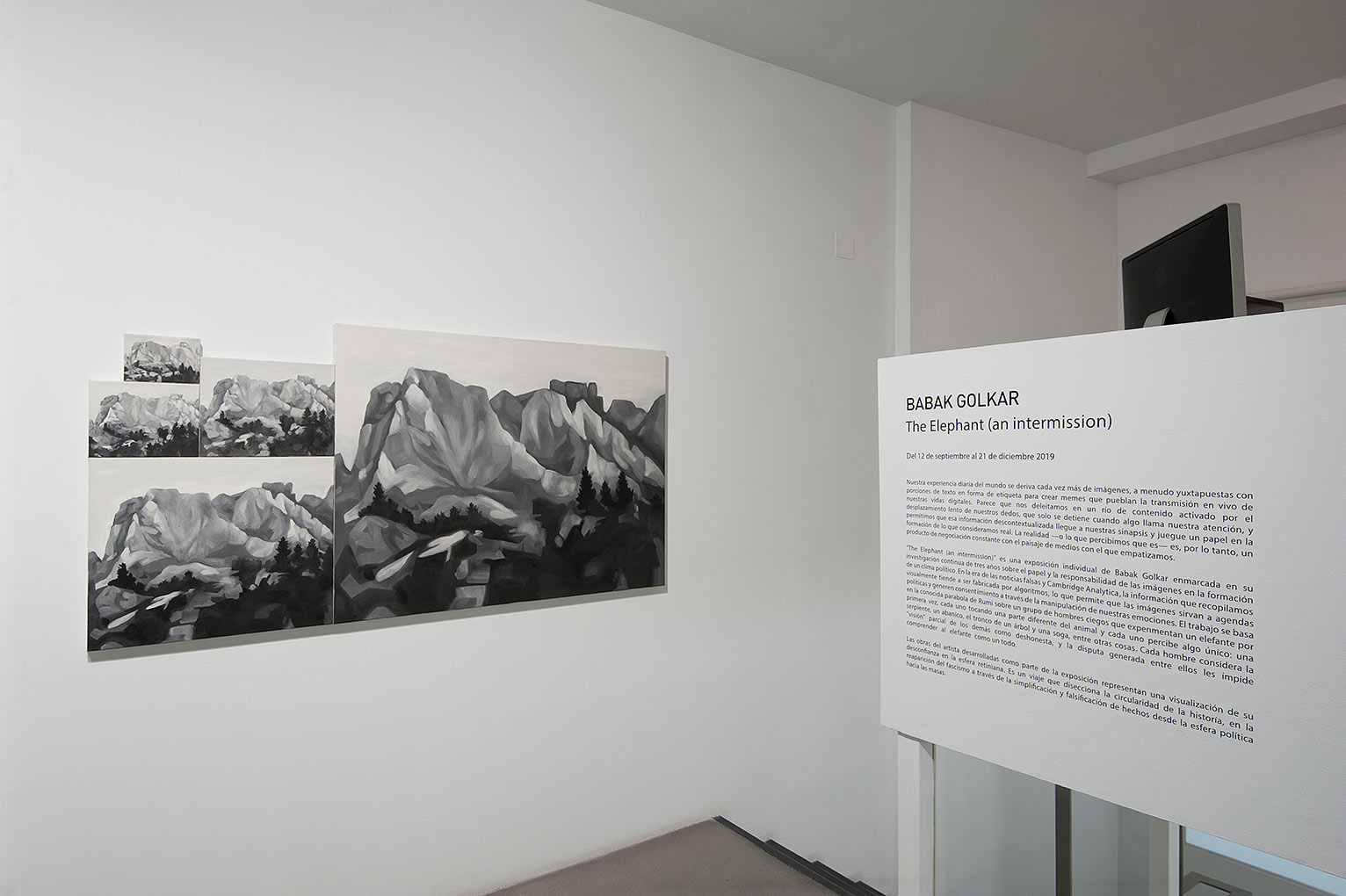 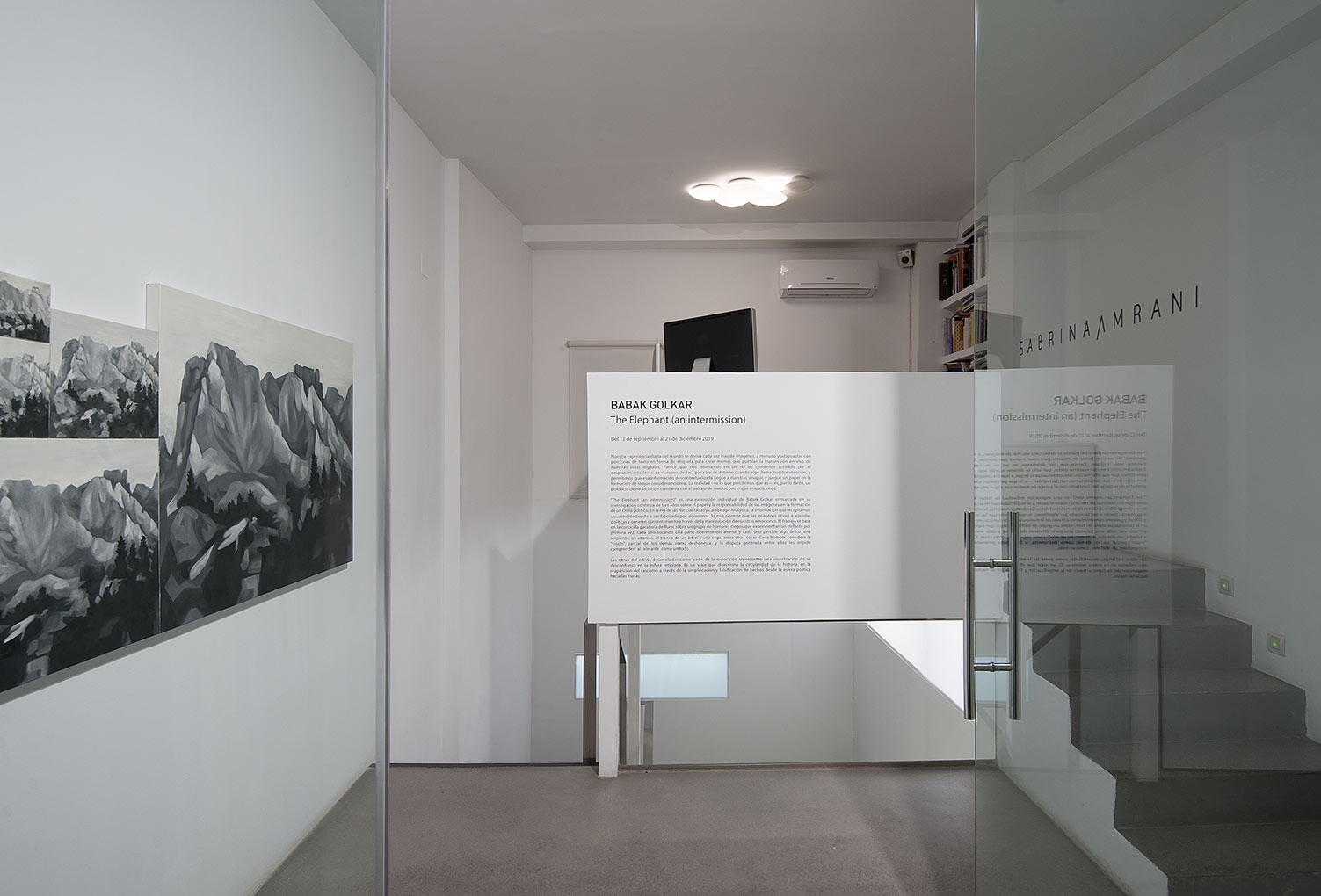 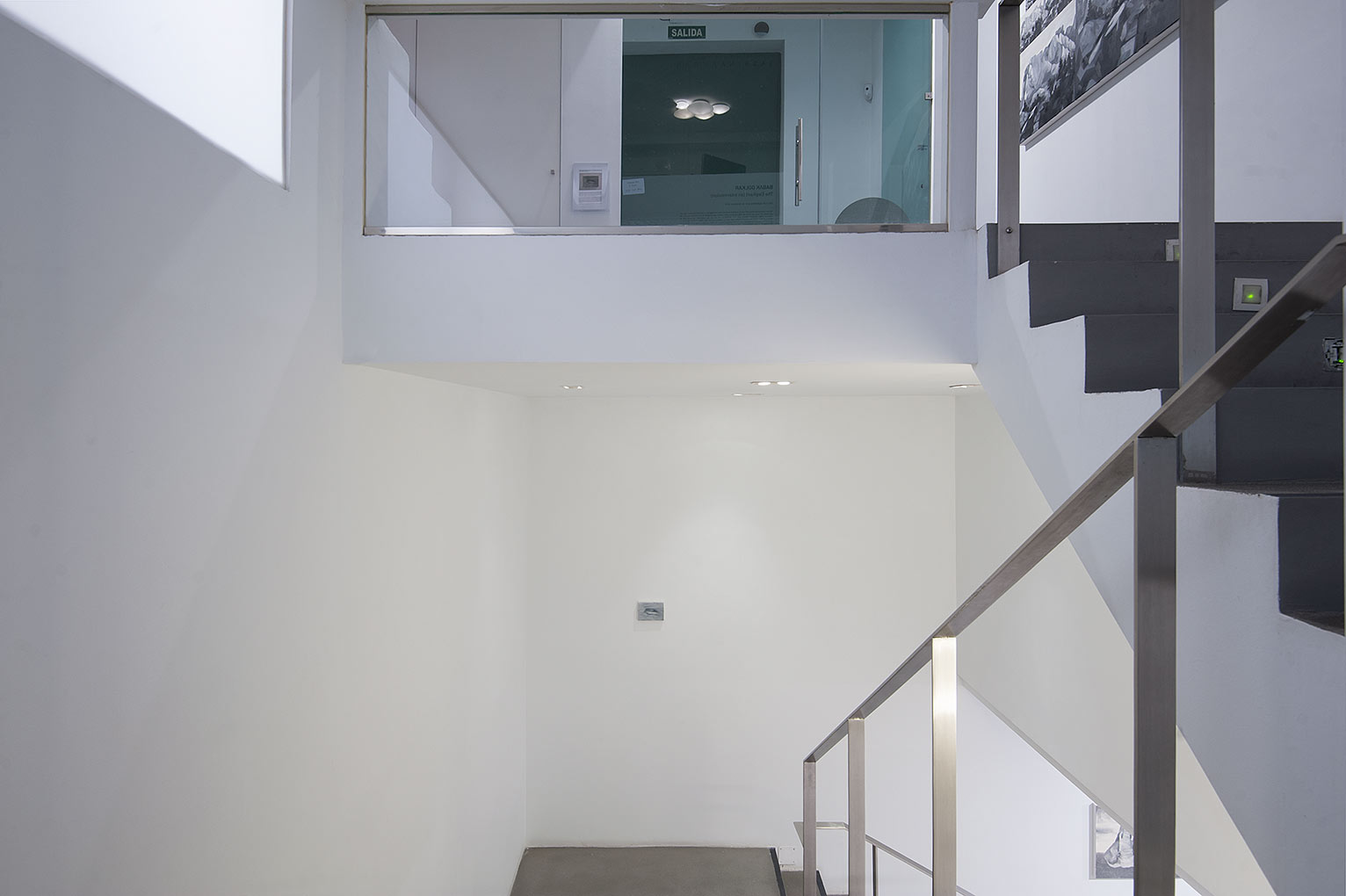 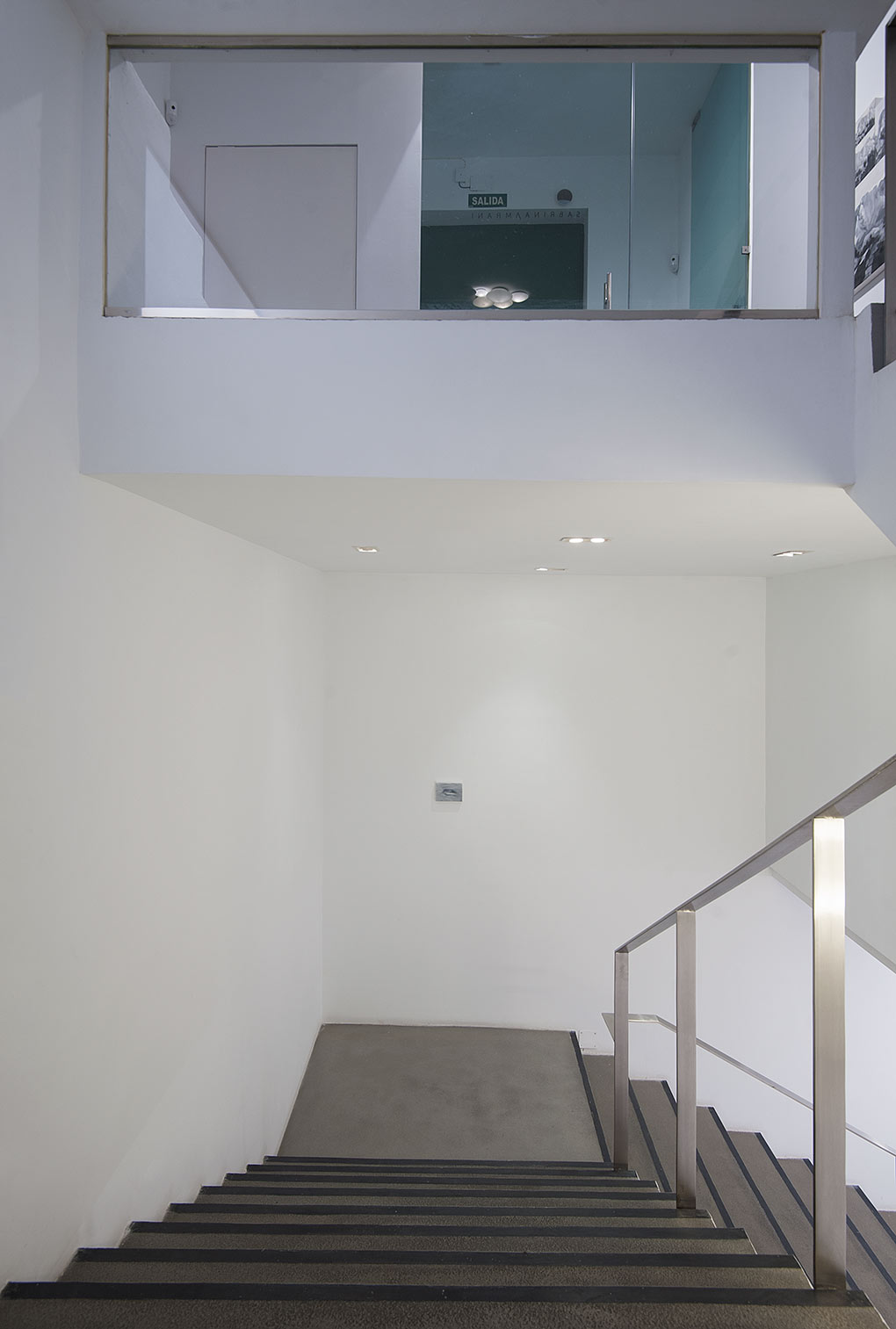 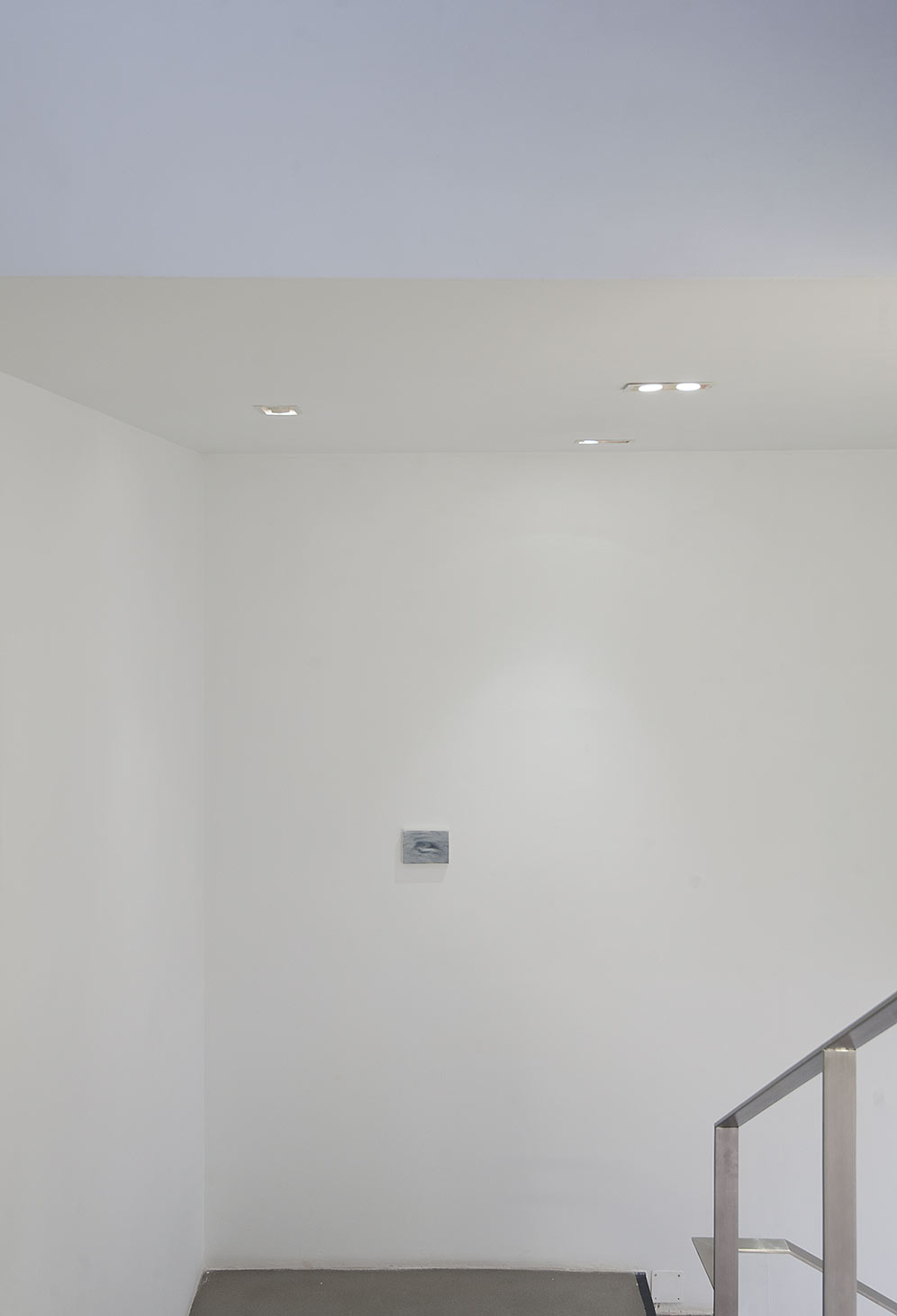 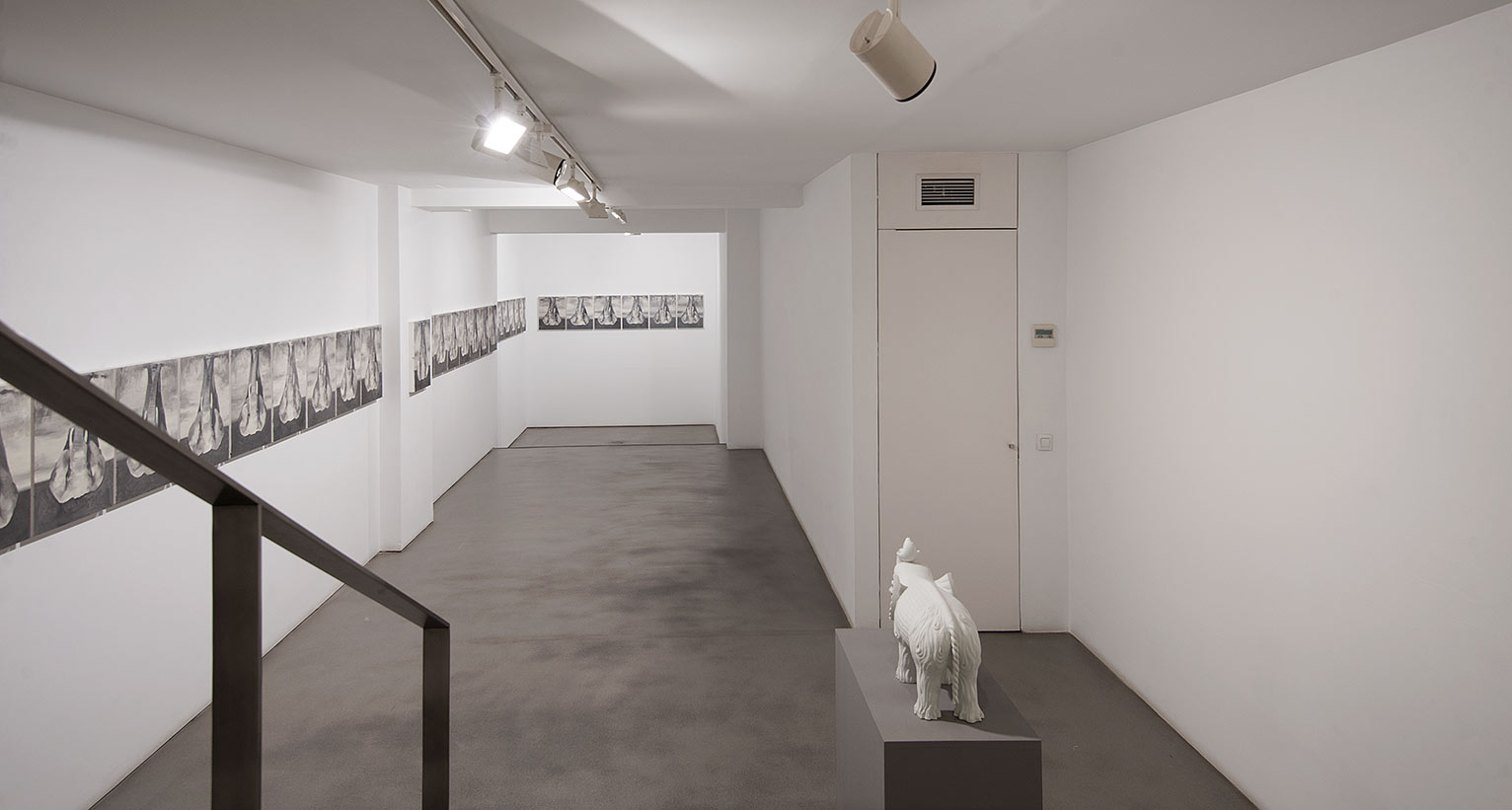 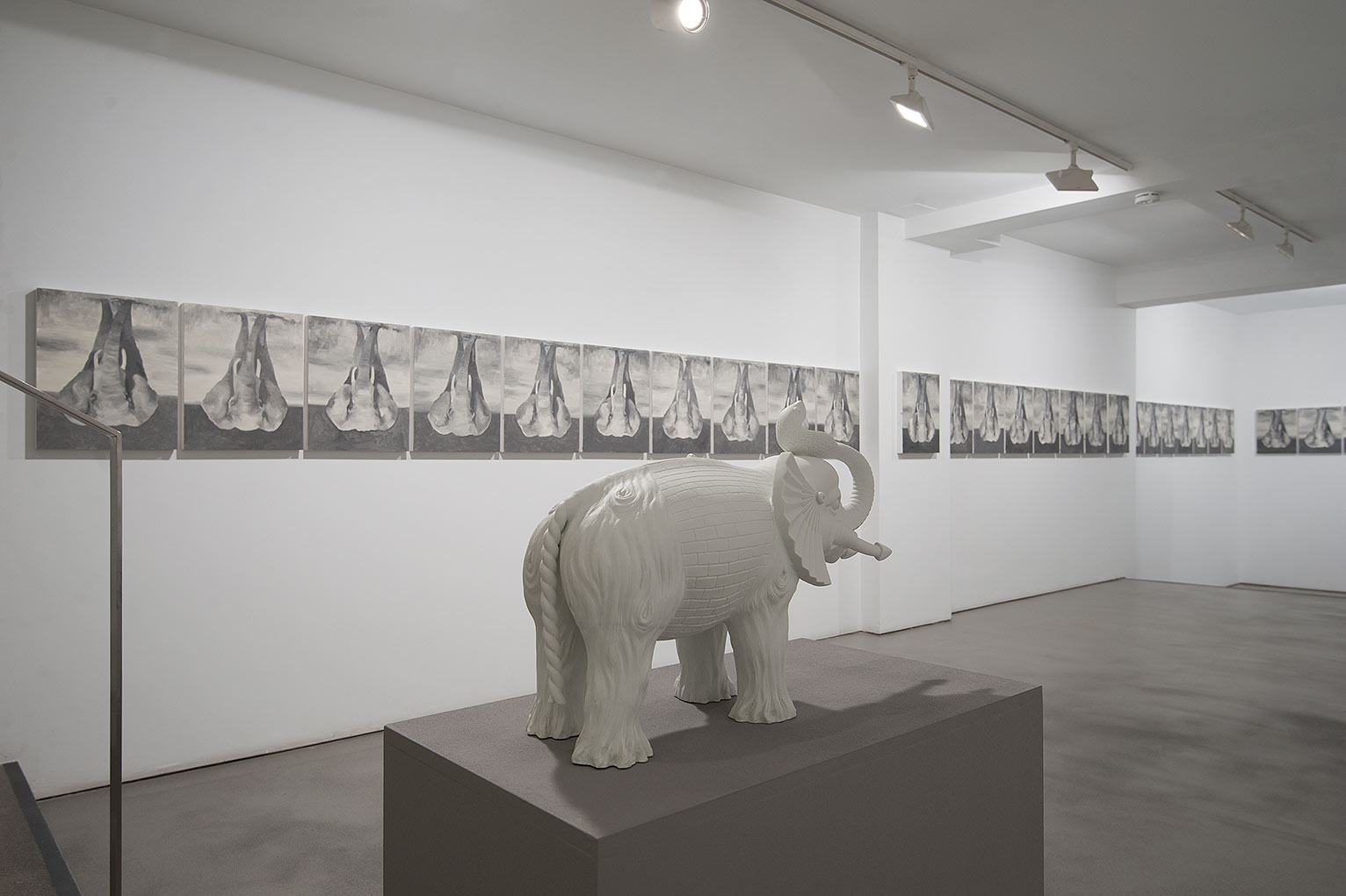 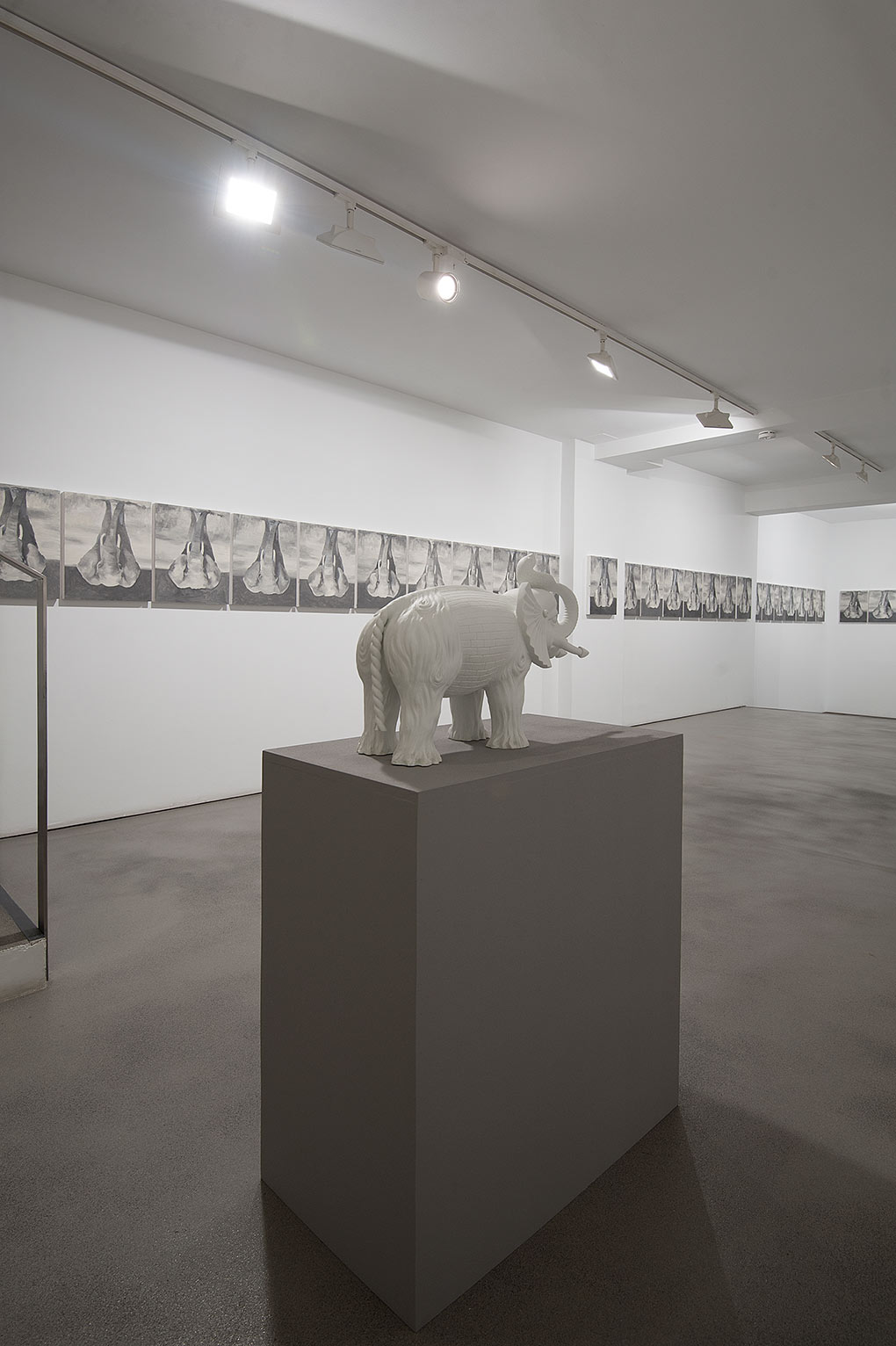 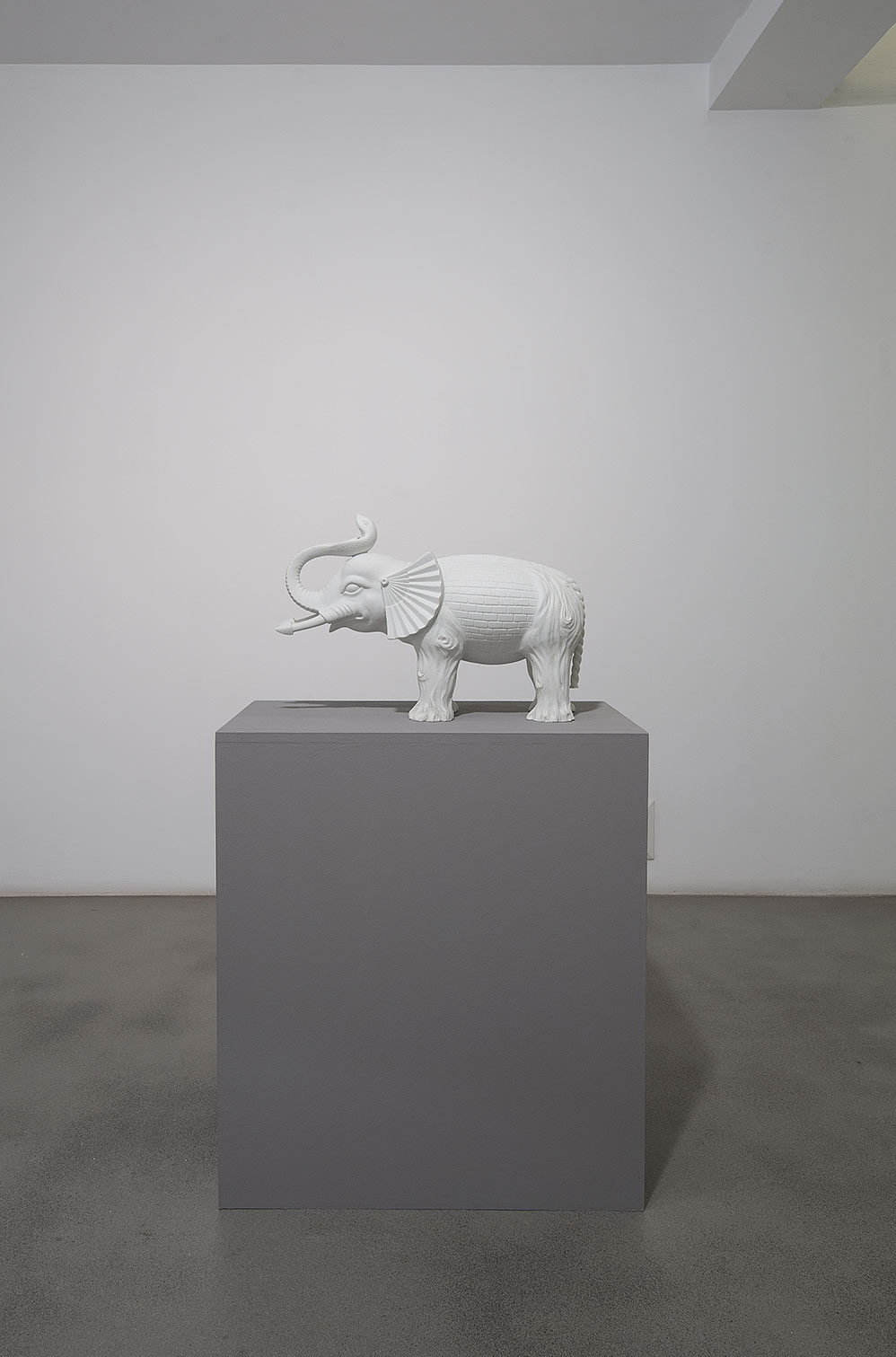 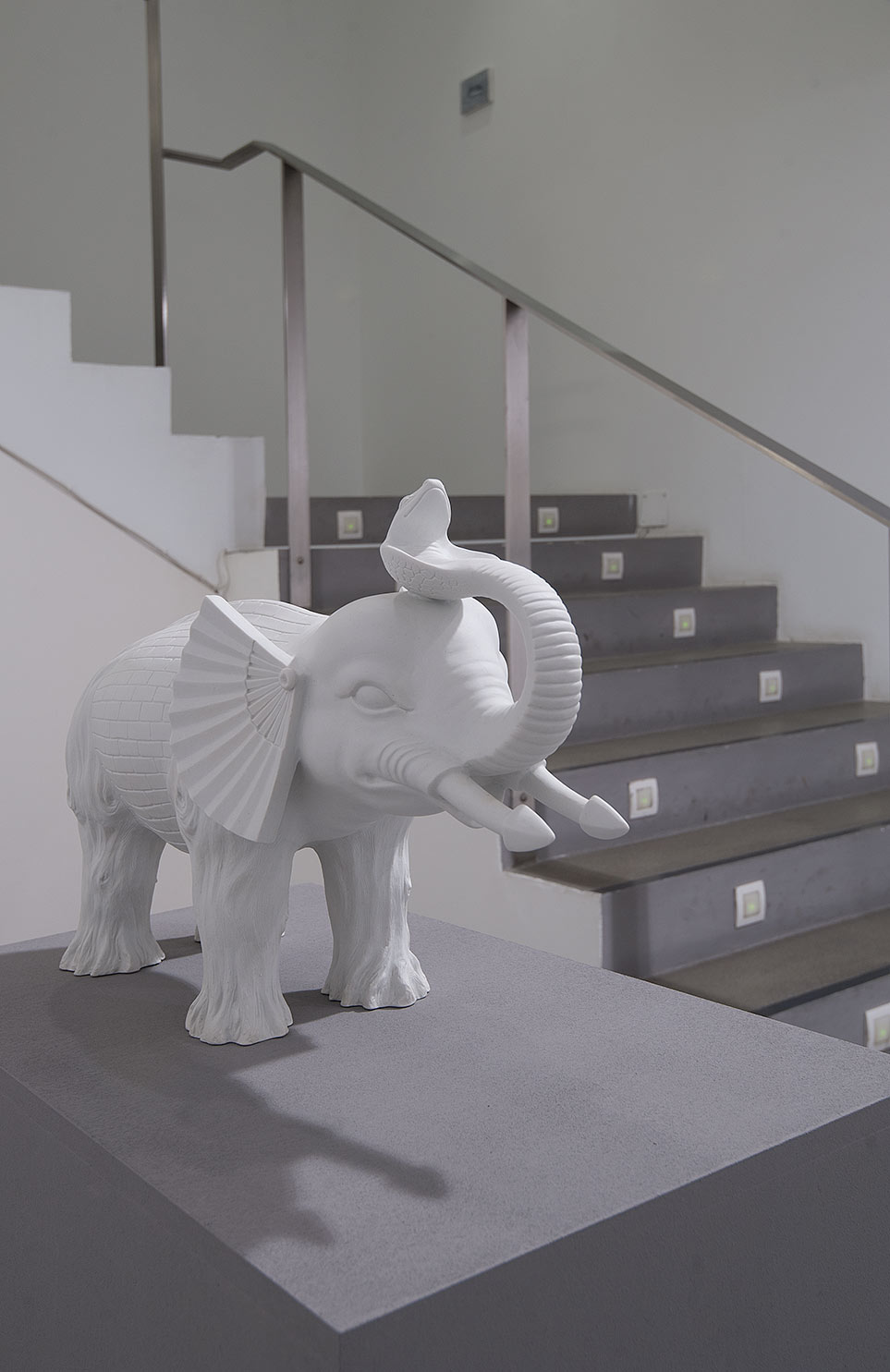 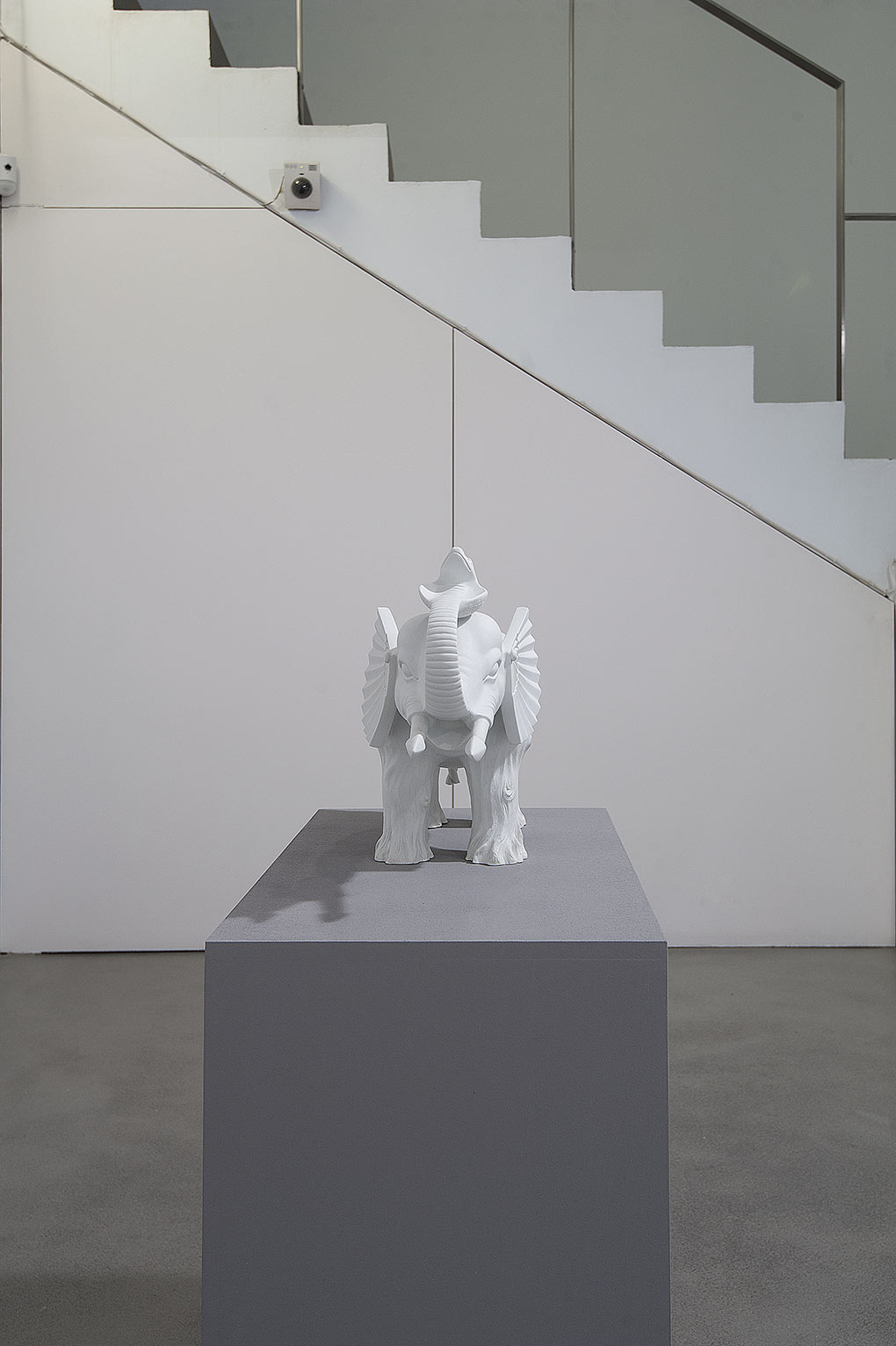 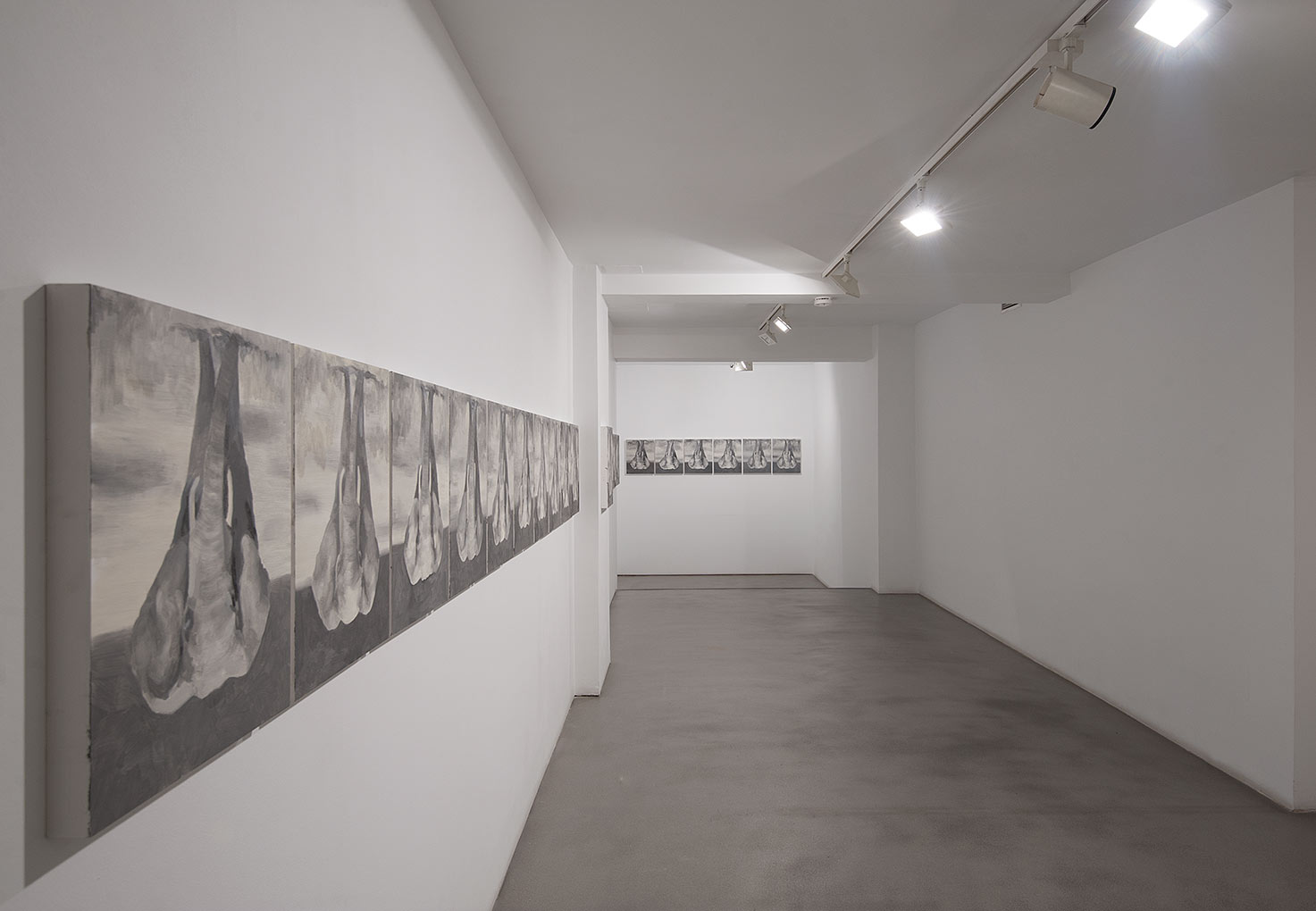 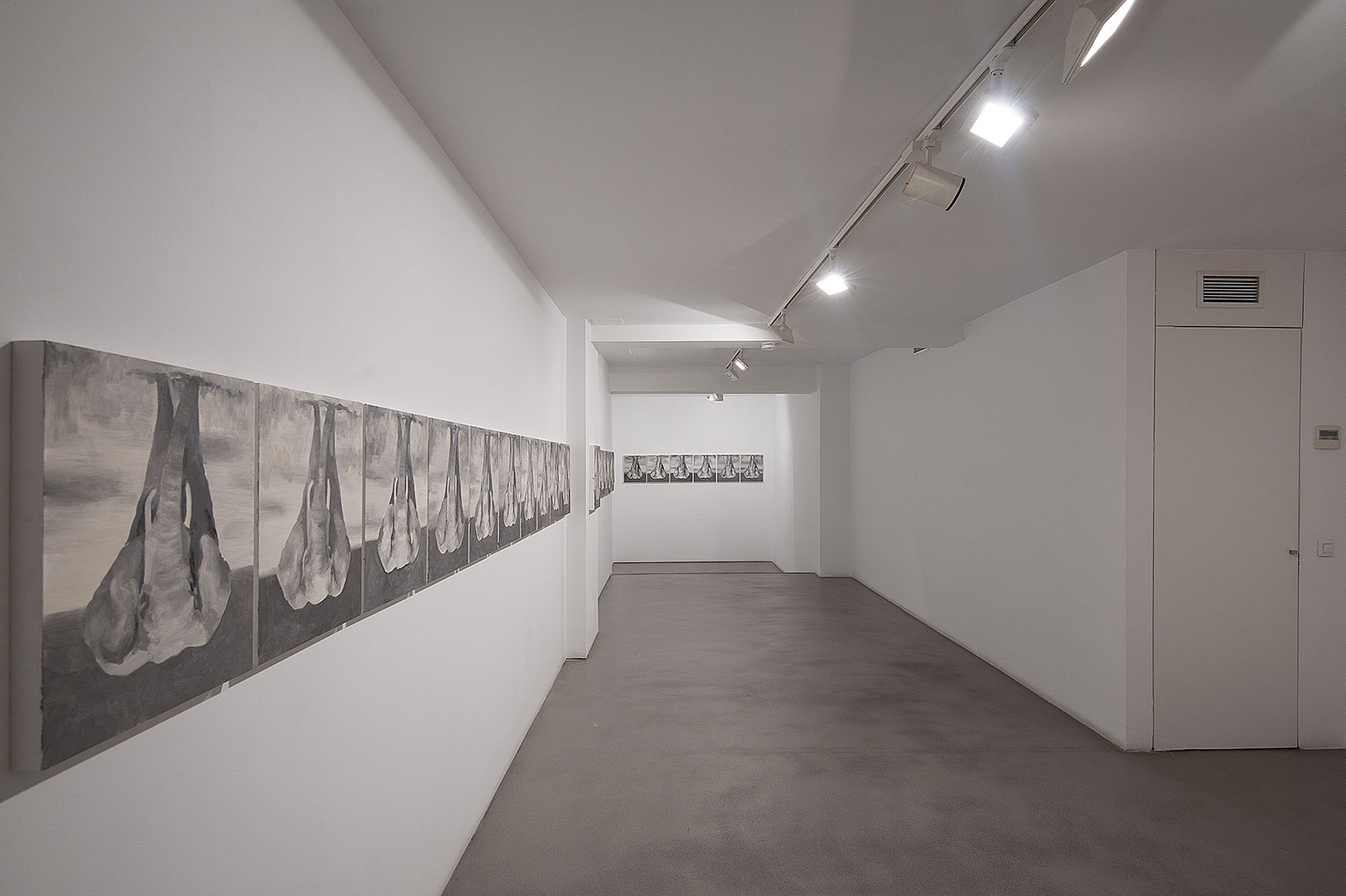 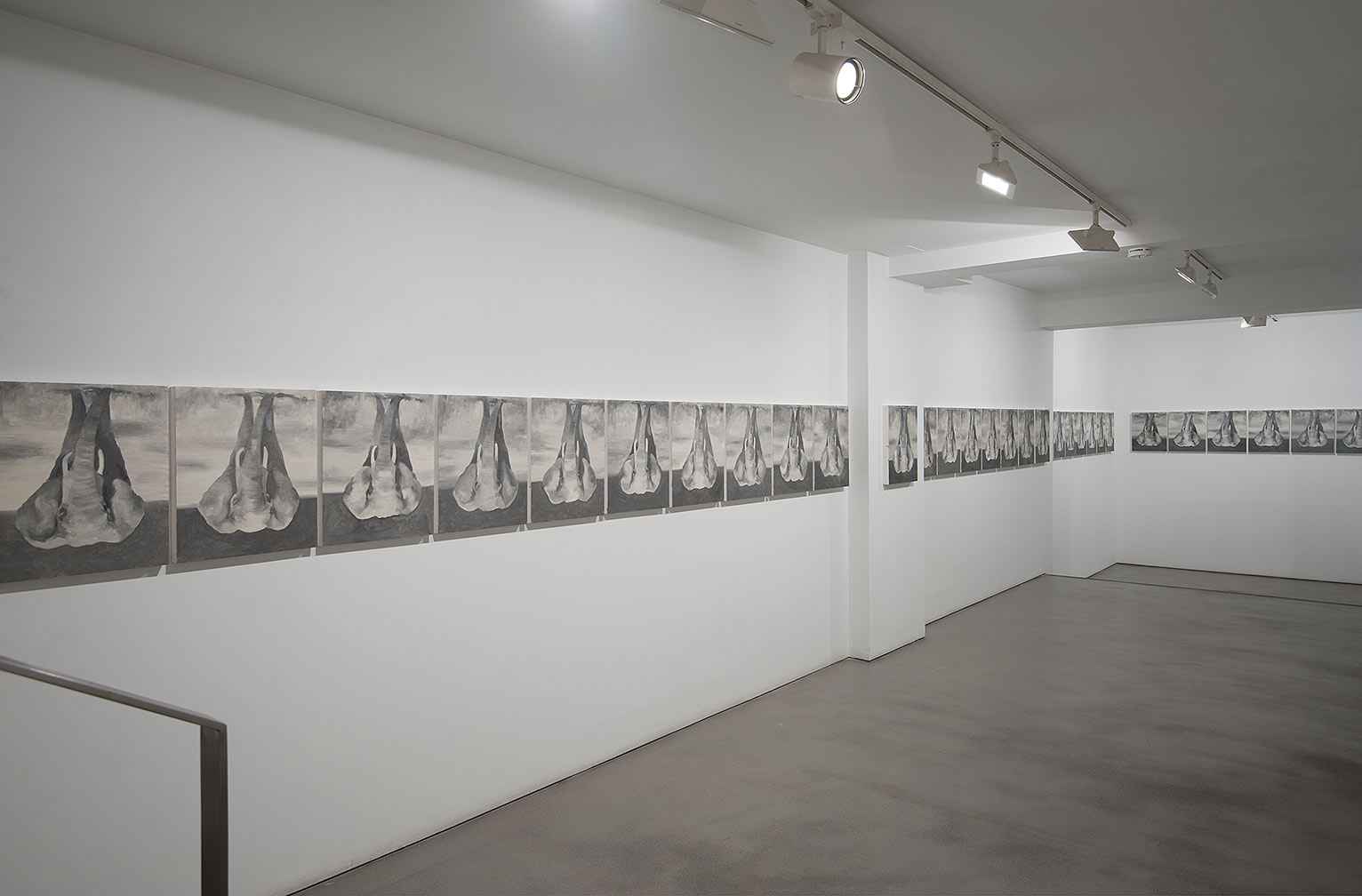 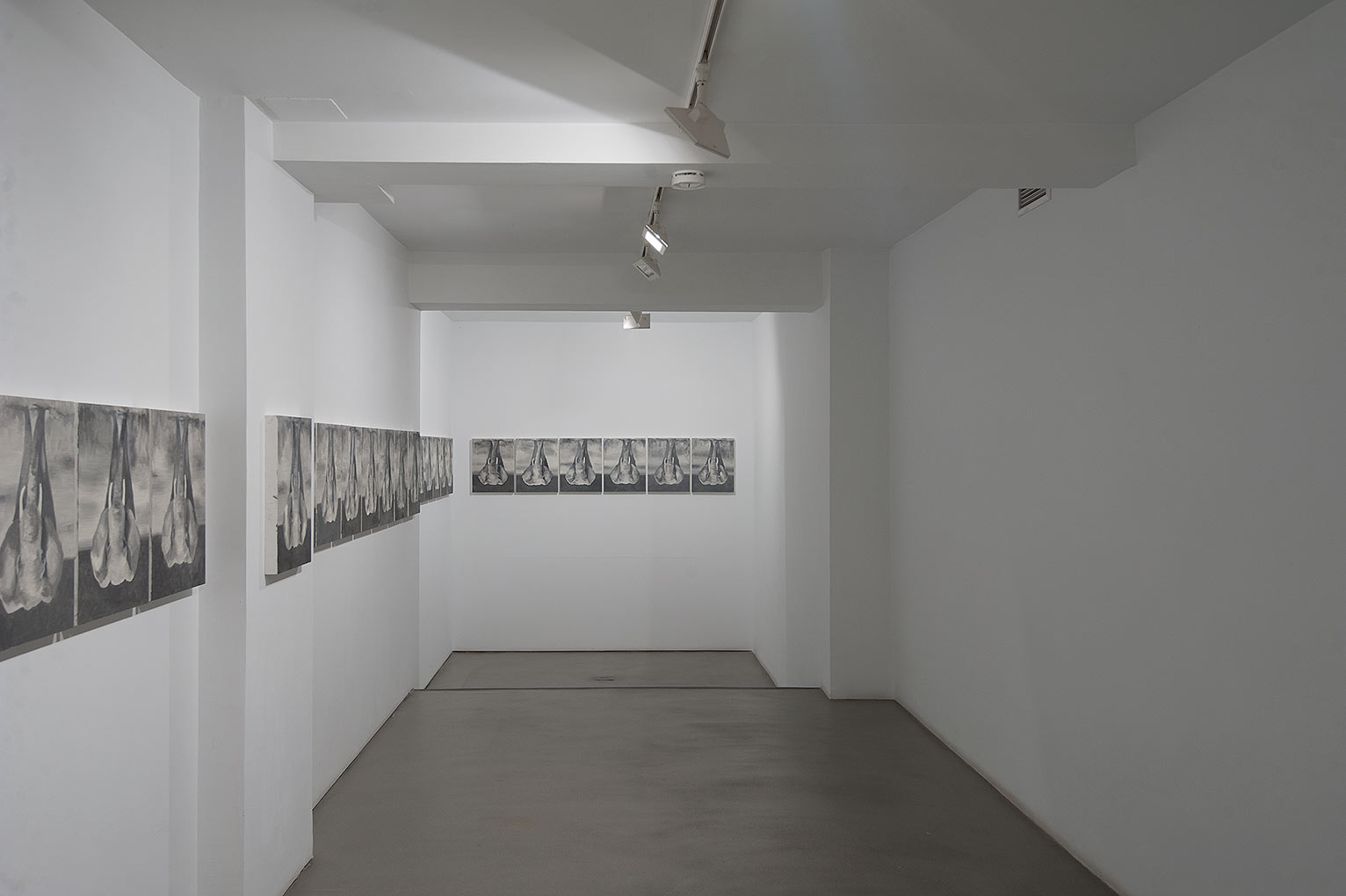 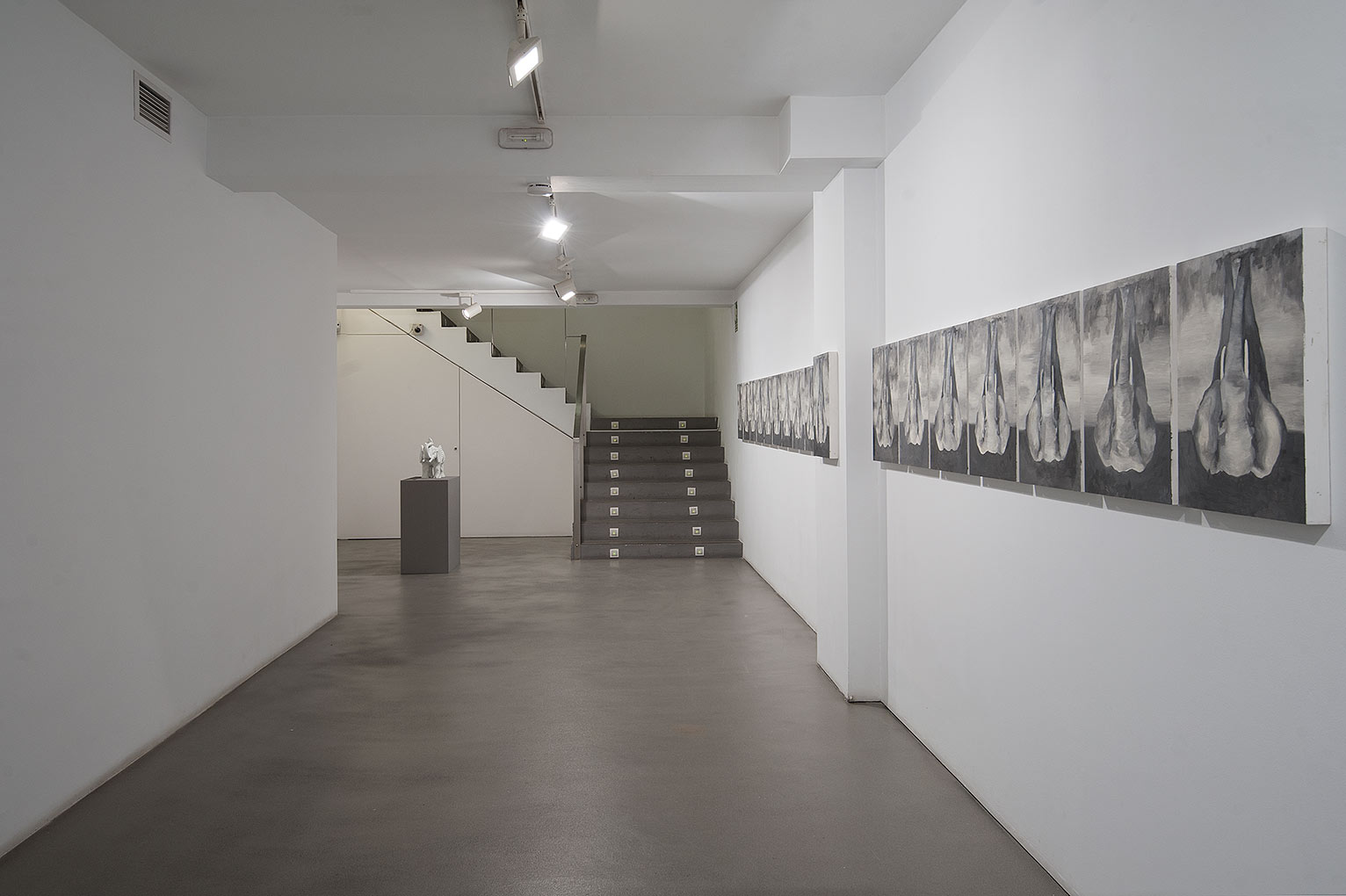 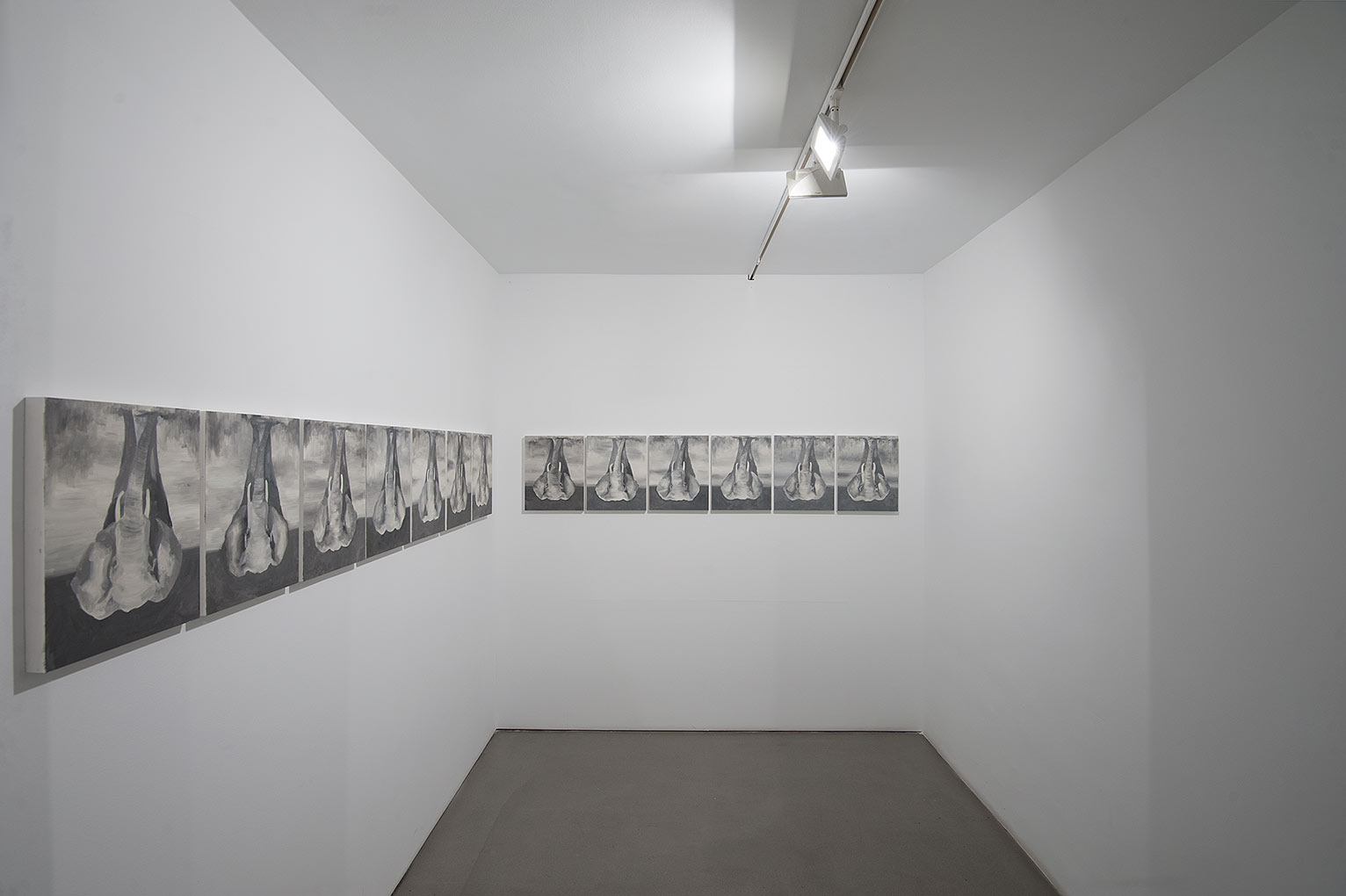 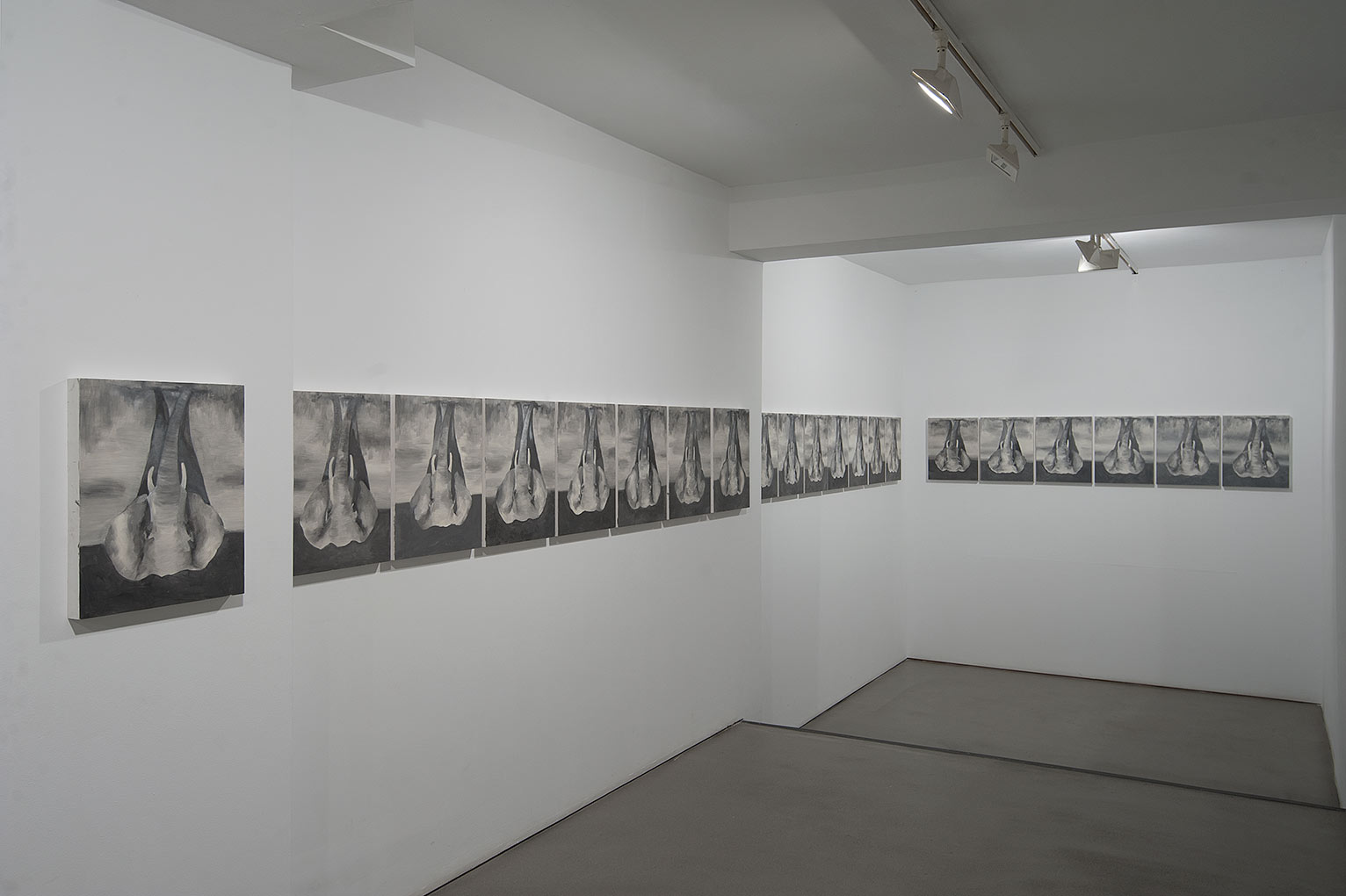 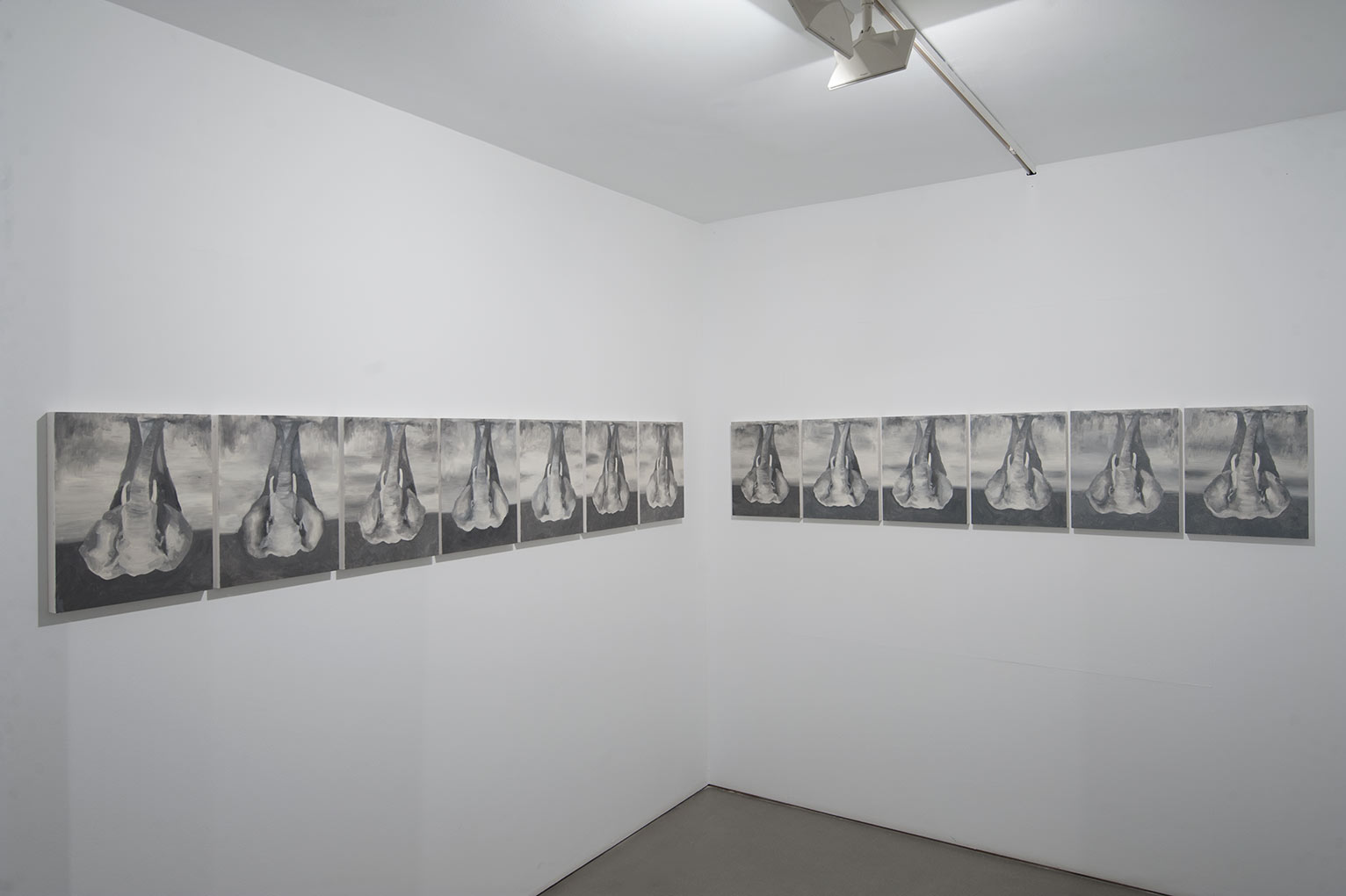 The Elephant (an intermission)

Sabrina Amrani is pleased to present “The Elephant (an intermission)”, the second solo show by Babak Golkar in the gallery, as part of Apertura Madrid Gallery Weekend.

Our daily experience of the world is more and more deriving from images, often juxtaposed with label-like portions of texts to create memes that populate the live feed of our digital lives. We seem to bask in a river of content activated by the lazy scroll of our fingers, which only stops when something catches our attention, and we allow that decontextualized piece of information to reach our synapses and play a role in the formation of what we consider real. Reality —or what we perceive it to be— is, therefore, a product of constant negotiation with the mediascape with which we empathize. We act as individuals, that are certain of their piece of truth and unable to seek interaction with that which sits outside of it.

“The Elephant (an intermission)” is a solo exhibition by Babak Golkar which is a chapter of “All the Blind Men”, the title chosen by artist Babak Golkar to frame his three year long ongoing research into the role and responsibility of images in the formation of a political climate. “All the Blind Men” can read as a reference to the mass—or rather the “swarm” —of people who blindly wander in the mediascape grabbing at bits and pieces of truth while failing to understand the bigger picture. In the time of fake news and Cambridge Analytica, the information we gather visually tend to be fabricated by algorithms, allowing images to serve political agendas and to manufacture consent through the manipulation of our emotions. Much like the history of art is entangled with that of propaganda, the role of the artist is intertwined with the power structures that filter what is made visible.

One reoccurring protagonist of Golkar’s recent production is the elephant, as the title of the exhibition reveals. The phrasing of the title alludes to Bertolt Brecht’s early play “Mann ist Mann”  —addressed by the artist in other works from “All the Blind Men” series— here reappearing with reference to its intermission, titled “The Elephant Calf”. In Brecht’s writings, the elephant is probably a reference to Kipling’s bias imagery around the British Empire and its jingoistic control of the Indian territories and workforce. Brecht uses, in the intermission, the animal as a metaphor of the ultimate manipulation where a man is convinced to buy a fake elephant after being brainwashed by colonial soldiers. Similarly, Golkar introduces, with such title, an investigation around the dismantling and reassembling of reality in the mediascape, reminiscing the propaganda that the German author was addressing in the late 20s, with the Nazi socialist party on the rise.

The centerpiece of “The Elephant (an Intermission)” is a suite of thirty-one emotionless black-and-white paintings titled “Deaf Feet - December 1–31”, 2017. The paintings, to be understood as daily artistic exercises, depict an upside-down elephant, repeated thirty-one times, executed one on each day of December 2017. “Deaf Feet” refers to the displacement of the elephant’s feet, metaphorically putting the animal in a disadvantaged position, rendering it unable to hear (as elephants rely on sound waves that travel through the ground rather than the air, allowing it to detect communication from miles away).

The work draws on the well-known Rumi parable about a group of sightless men who experience an elephant for the first time, each touching a different part of the animal and each perceiving something unique—a snake, a fan, a tree trunk, and a rope, among other things. Each man regards the others’ partial “view” as dishonest, and the ensuing fight prevents them from knowing the elephant as a whole. Not only Golkar reflects on this blindness as a metaphor for the shortsightedness of our gazes today, but he also projects it into the daily gesture of painting the same upside-down pachyderm for each day of December 2017. Furthermore this prismatic refraction of the animal into thirty-one canvases touches upon the fragmentation of our points of view on reality, and the frailty of the single subjectivity against the entirety of truth in its complexity.

In addition to "Deaf Feet", Golkar’s contributes to the exhibition with a porcelain sculpture of an elephant—with a snake as its trump, two fans as its ears, four tree trunks as legs, and a rope as its tail—on cue with Rumi’s parable.

One year into Trump’s administration, with its rooting in Steve Bannon’s doctrine, Golkar marks the anniversary by reframing the Rumi parable through the Law of Prägnanz, a fundamental principle of Gestalt Psychology. Namely, by focusing on the forms without getting lost in the contents, the artist turned his canvases bottom up, therefore defying the traps we can fall into when perceiving shapes pre-registered in our brains. Golkar’s assembly of an elephant in his porcelain sculpture reverberates with the history of the manipulation of perception, suggesting that we are all complacently blind and deaf to the signals of danger that echo from a not-so-distant past.

The artist’s works developed as part of the exhibition represent a visualization of his distrust of the retinal sphere. It is a journey that dissects the circularity of history, in the reappearance of fascism via the simplification and forgery of facts from the political sphere to the masses.