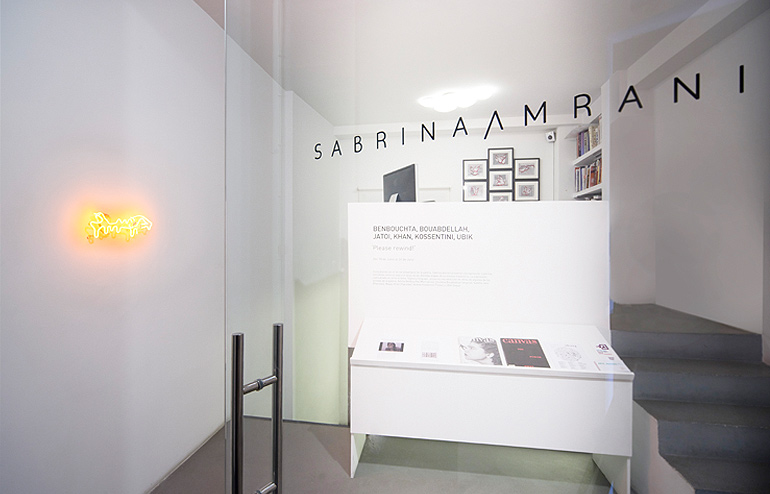 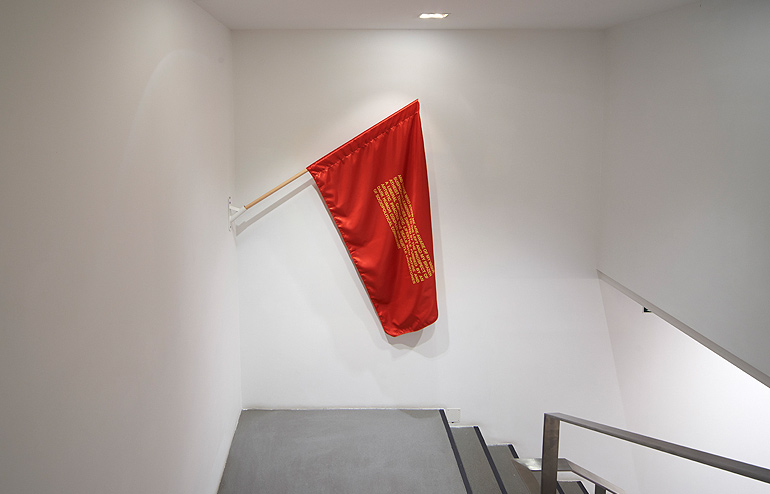 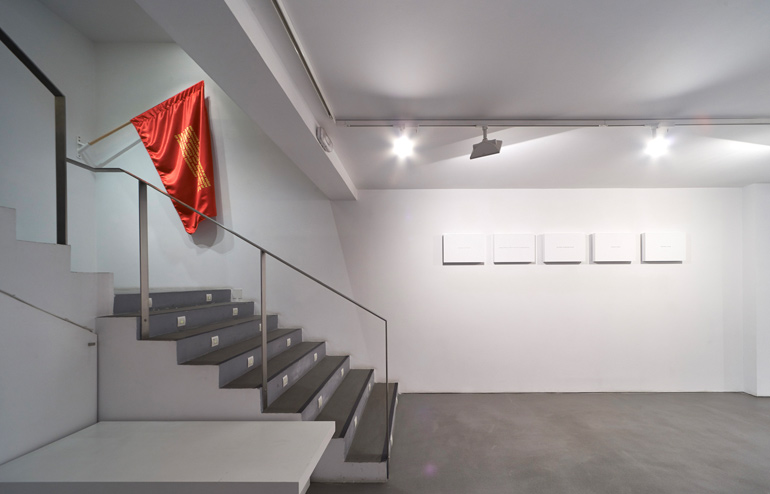 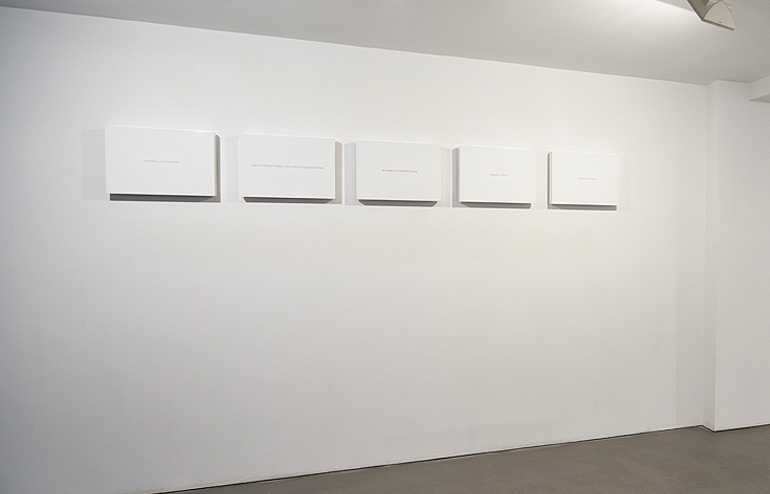 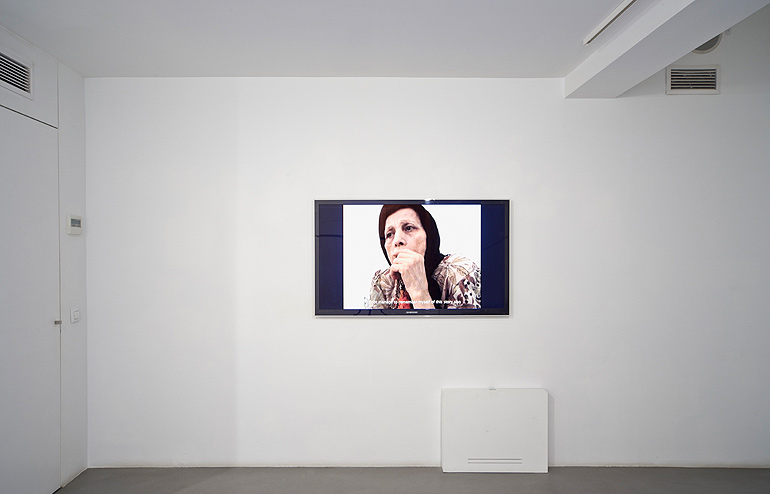 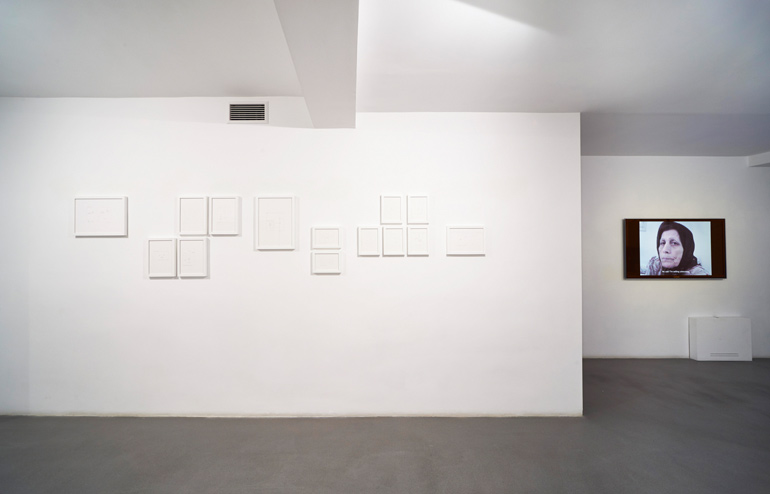 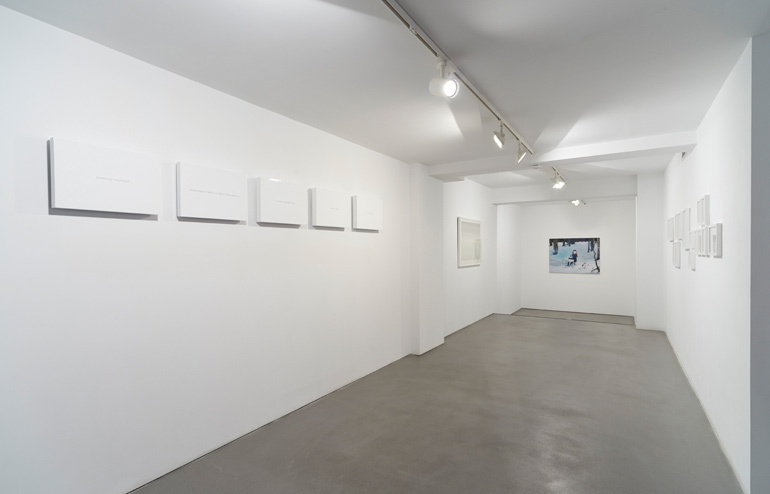 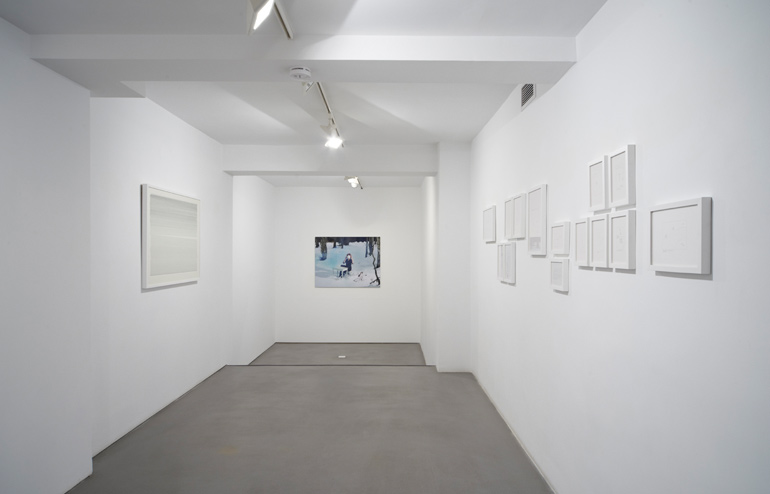 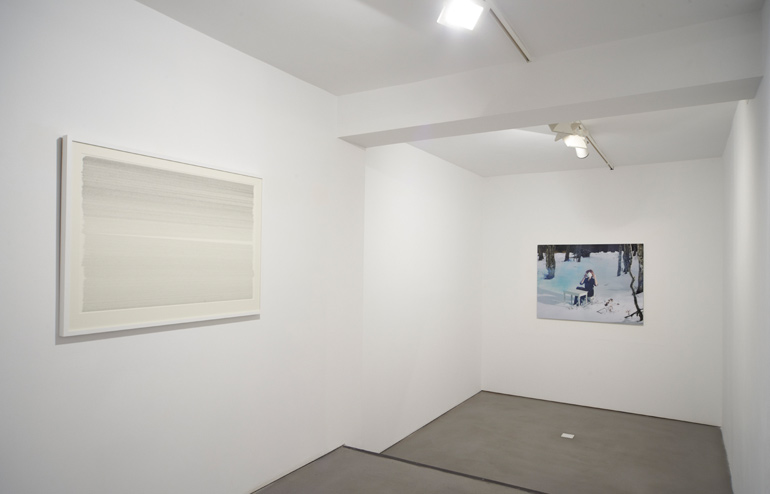 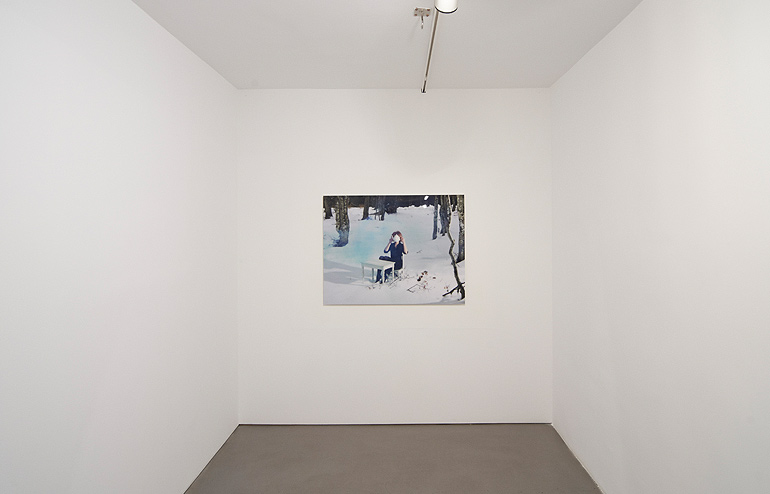 Coinciding with the gallery's third anniversary, Sabrina Amrani presents a group show titled ‘Please rewind!’, an exhibition conceived as a resumed journey along the different milestones of the intense gallery trajectory. The gallery celebrates with this show its achievements in three years: fifteen exhibitions in its space in Madrid, eleven art fairs, panel talks, screenings in the gallery and collaborations with international institutions and galleries. The exhibition, curated around the theme ‘Signs & Language’, presents a selection of works by artists in the gallery roster Amina Benbouchta (Morocco), Zoulikha Bouabdellah (Algeria), Ayesha Jatoi (Pakistan), Waqas Khan (Pakistan), Nicène Kossentini (Tunisia) and UBIK (India).


The use of signs is common to every culture, language or country. From the earliest artistic expressions, signs have been part of the defining elements of art. They are also part of language, the engine of human knowledge and development, whose visual reference systems are based on signs, at first cuneiform to then evolve into an explosion of variety, as wide as the universe itself. Its universality is not exclusive
and their shapes are different. Whether audible signs (morse), tactile (Braille), visual (circulation signs) or of any other kind, artists appropriate of them to create a new language and discourse of their own.

From the use of nukta (point) to the Western and the Arabic alphabets, oral tradition, body language, or the apparent absence of signs, all of them are perverted and manipulated forms through which unique new languages are created, juxtaposing meanings to enhance their aesthetics and/or conceptual inceptions. All the works on show in ‘Please rewind!’ use different kinds of languages and media to tell new stories about love, sexuality, legacy, memory or identity.

Zoulikha Bouabdellah opens the show with her works from the series ‘Hobb âla hobb’, in which the Algerian artist reinterprets one of the most recognizable elements of arab iconography: calligraphy. However, there is no need to understand arab language to comprehend the work. Only, to contemplate the word Love (Hobb, in arabic) making love to the word Love. It is a calling of the loving sentiment, a sensation that does not know of limits or frontiers; and that the arab poetry has captured during centuries confronting taboos and prohibitions, in the same subtle manner that Zoulikha presents her work. Bouabdellah makes use of the images from the Kamasutra, blurred by screen paper over which the words are painted overlaying the lovers in the image. With this work the artist reflect on the situation of the arab women and their, literally and metaphorically, veiled identities.

The exhibition follows its proposal through Amina Benbouchta’s work ‘Sans titre 06, 2012’, where she recreates scenes where the own artist appears with her face covered, while sourrounded by oniric objects. In this luxurious stages, beautifully decorated, with a violent elegance a woman has became an object. Amina expresses in this proposal the position of the woman – specially in the arab world – in current societies. As it happens to Carroll’s Alice in Wonderland, Benbouchta’s woman is found lost between inside and outside, and continues her permanent search of her own identity.


The exhibition continues with Ayesha Jatoi's graphite drawings that incorporate the division of space in traditional miniaturist paintings. The text takes the place of the figures and supersedes any pictorial element in this delicate study. These drawings force the viewer to "read" the picture in terms of an abstraction of reality. Thus the mental image of the read texts creates in each viewer a different mental
picture. Emptying the drawings of image and filling them entirely with text, the artist exacerbates the drawing to restore its initial intention of storytelling.

With her video work ‘Stories’, Nicène Kossentini reflects about the transmission of the collective memory. In it, she recovers fragments of the stories that her grandmother used to tell her before she died: legends, fables and stories that were transmited from mother to daughter from generation to generation and that now are beginning to disappear in modern arab societies.

The exhibition also hosts the special universe of Waqas Khan, Pakistani artist that will present a solo show in September in the gallery, who gives a twist to the traditional miniaturist technique of South Asia, creating his own binay language of marks, dots and lines. For this he uses a single instrument to draw his works: a Rotring accurate marker 0.1, to create freehand compositions that force the viewer to travel
through the creative process of the artist, a sort of dreamlike trance that requires maximum concentration from Waqas during days, weeks or months. The long exposure of the artist to the process converts the work into a kind of journal or diary of the artist.

The show completes itself with UBIK’s Rant# works, part of an ongoing series that take the concept of an 'anonymous saying' as a departure point to explore the notions of catch-phrases. The texts used are mainly open ended absurd statements or questions, and are derived from random snippets of writings from UBIK's journal. The aesthetics of the works are modelled deliberately as a 'memorial plaque' to lend some fake authoritative tone. The memorial plaque aesthethics are also UBIK’s way of exploring the idea of legacy of his own words. Also by the Indian artist and related to his own legacy, artwork ‘Ergo’ is presented: a flag filled of significance in red background with a yellow text, in clear reference to the comunist colors, manifesting the artist statement.