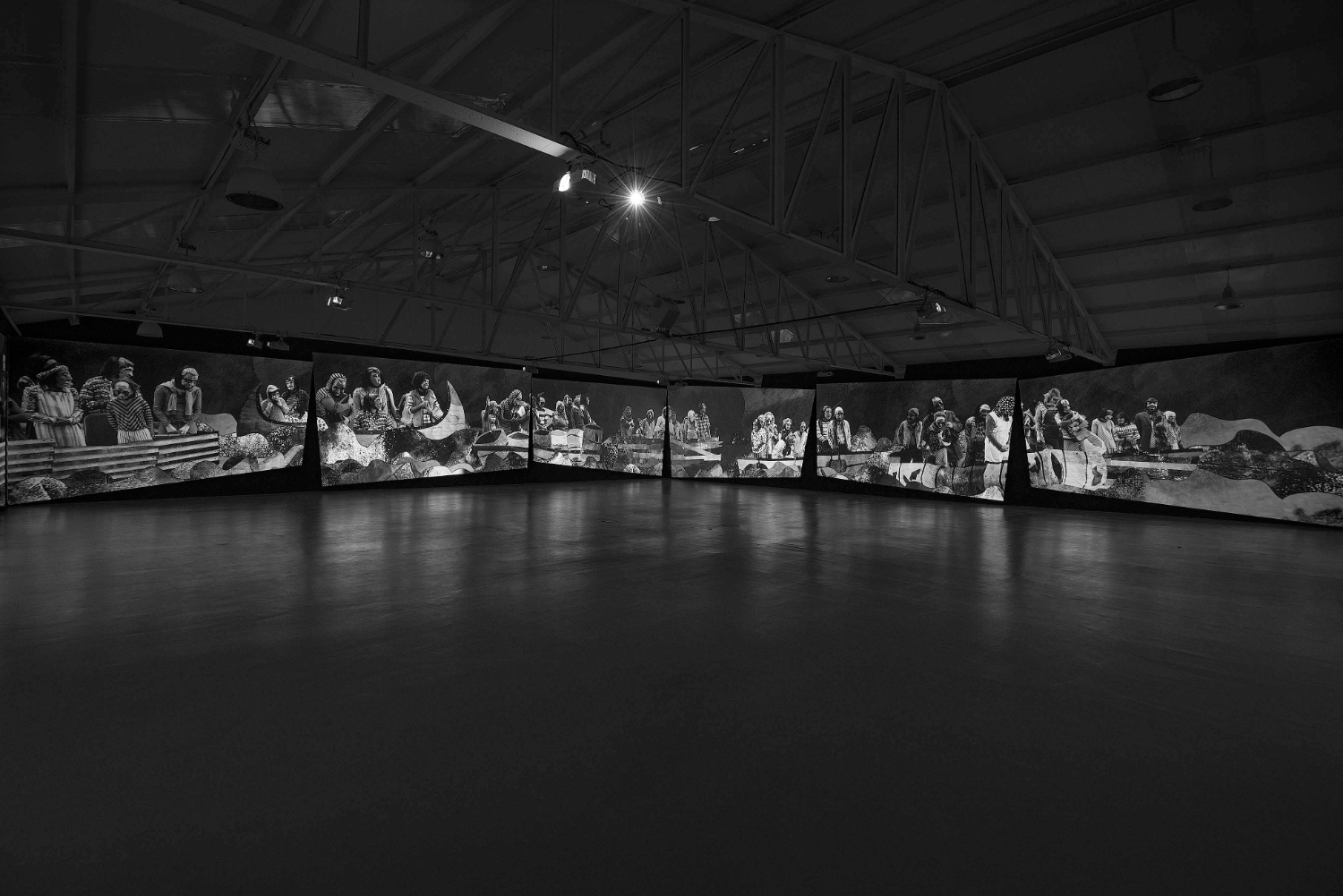 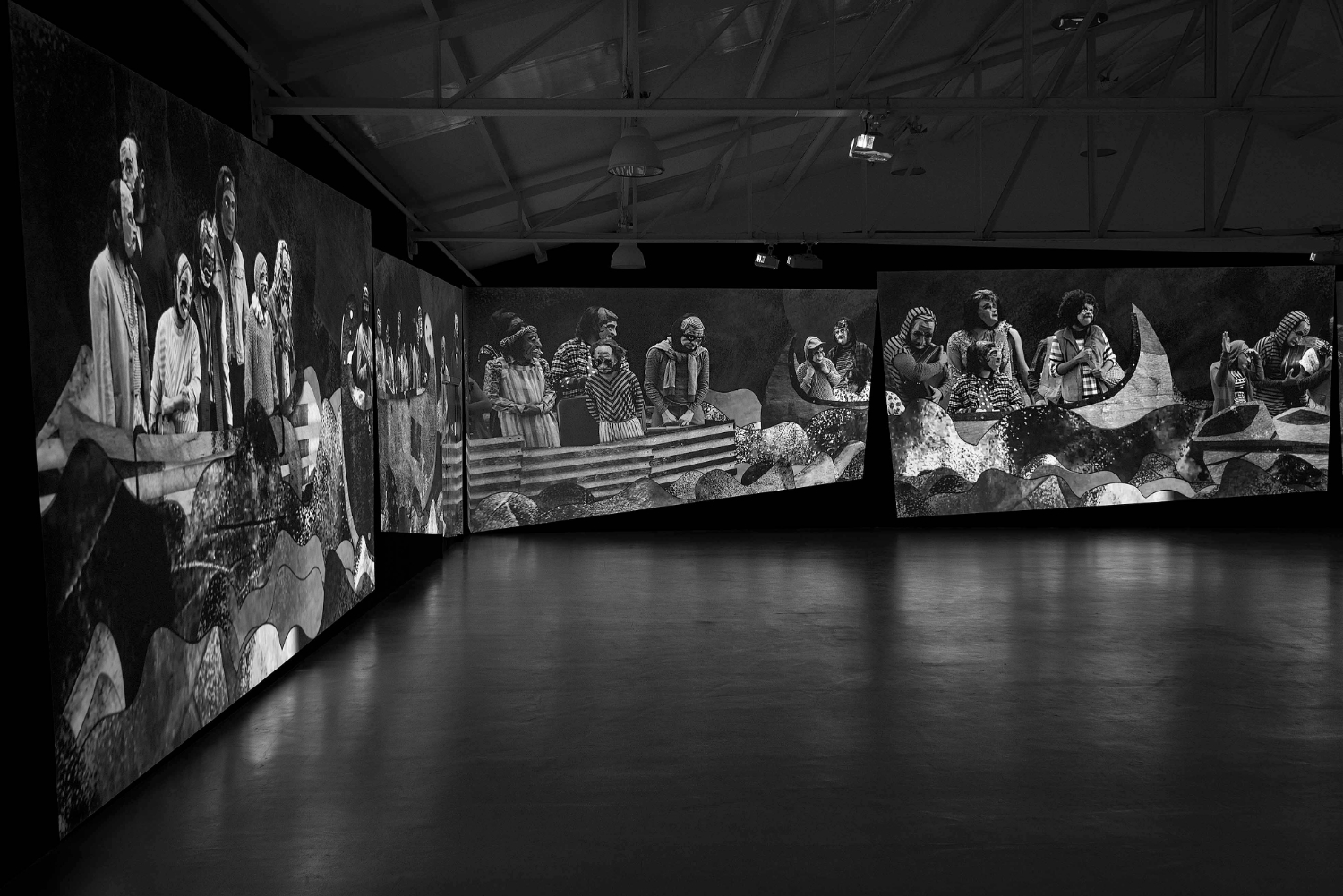 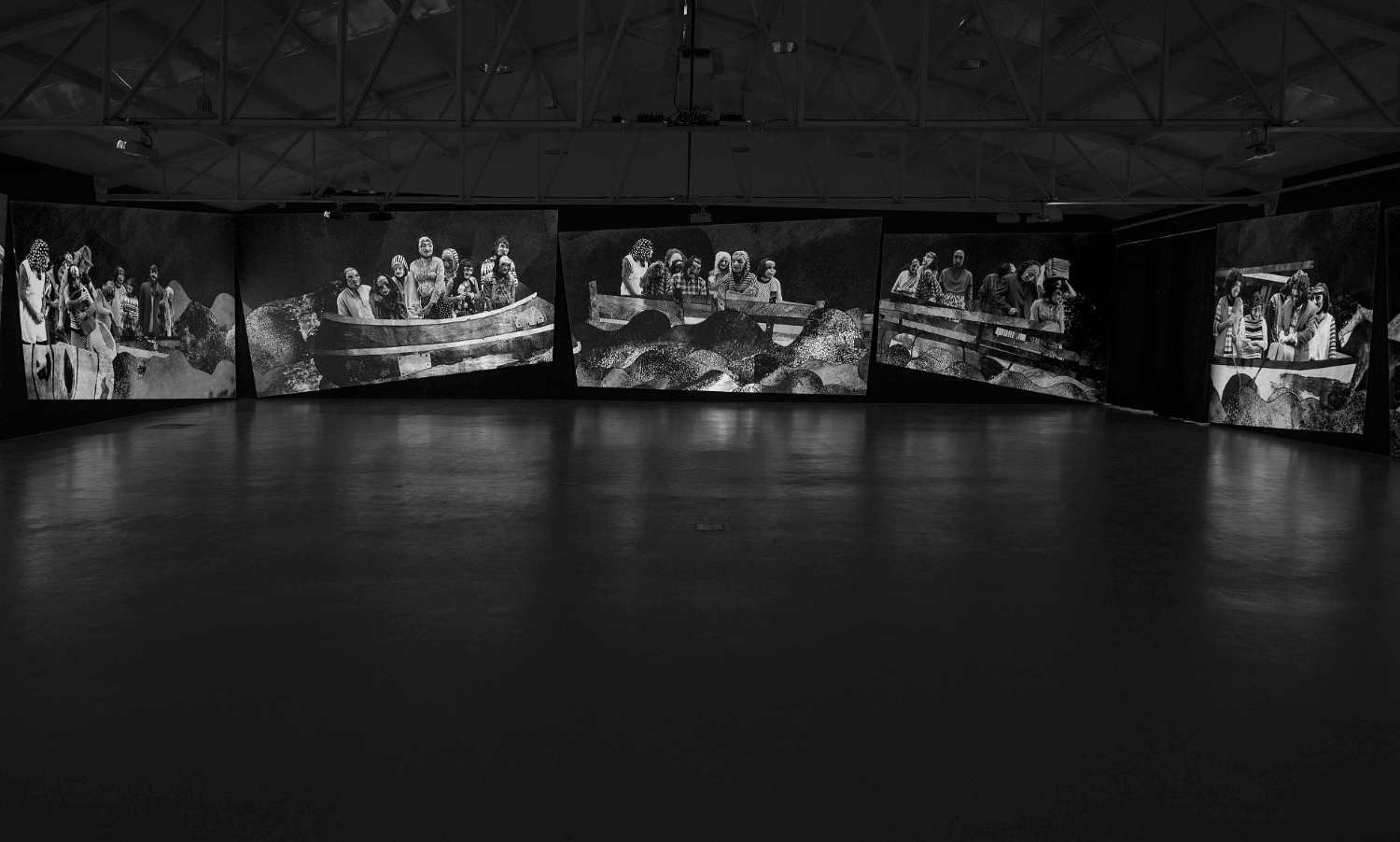 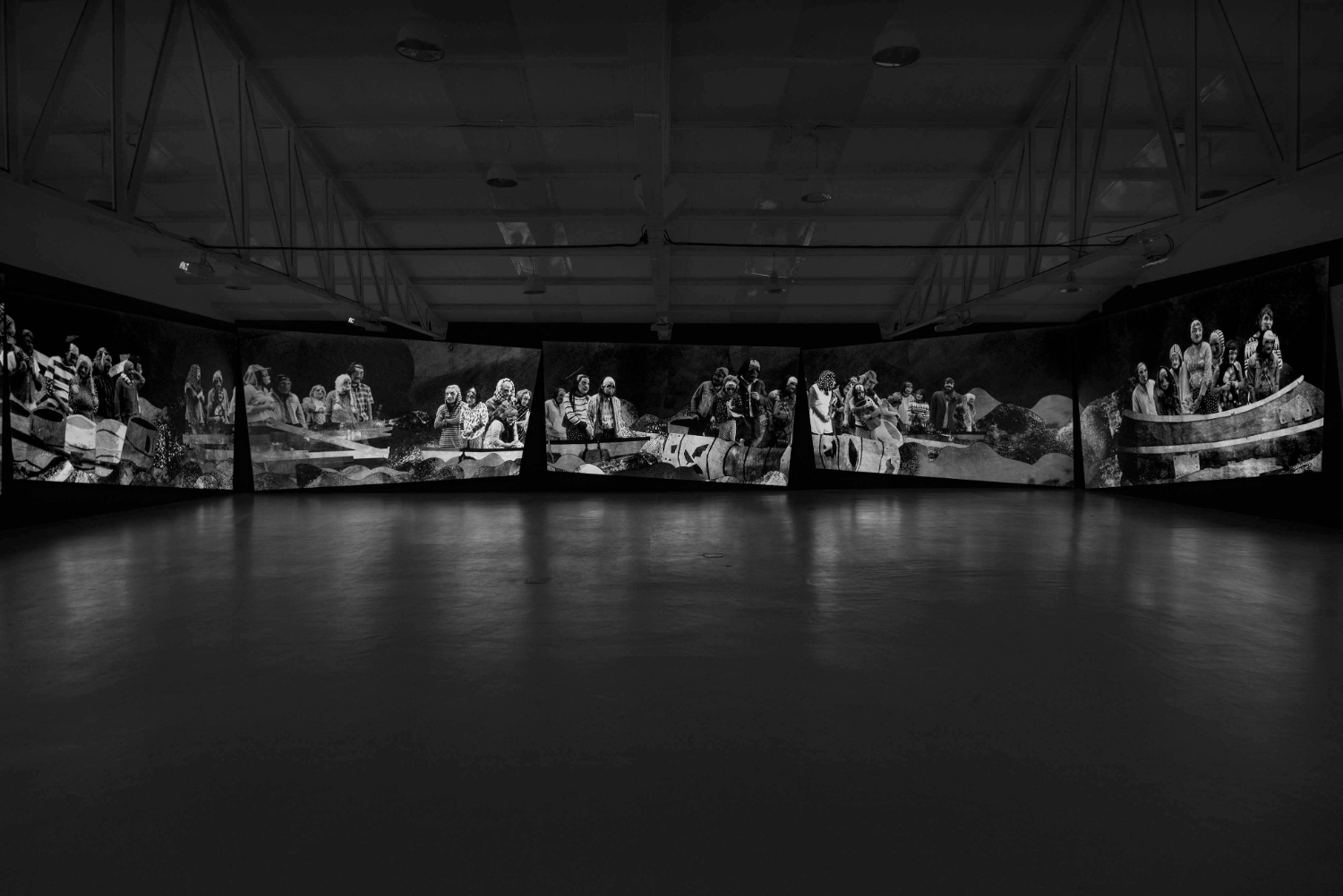 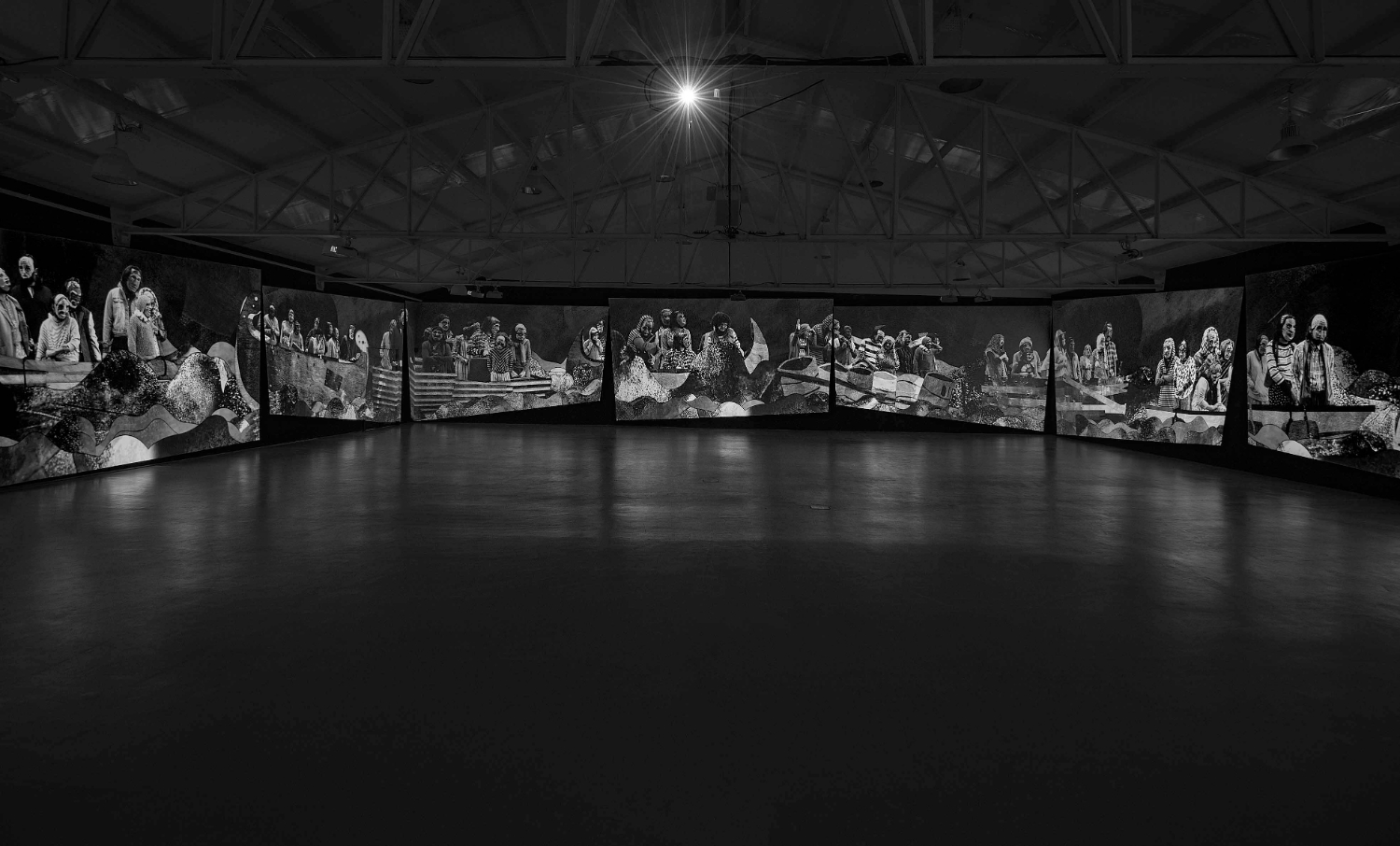 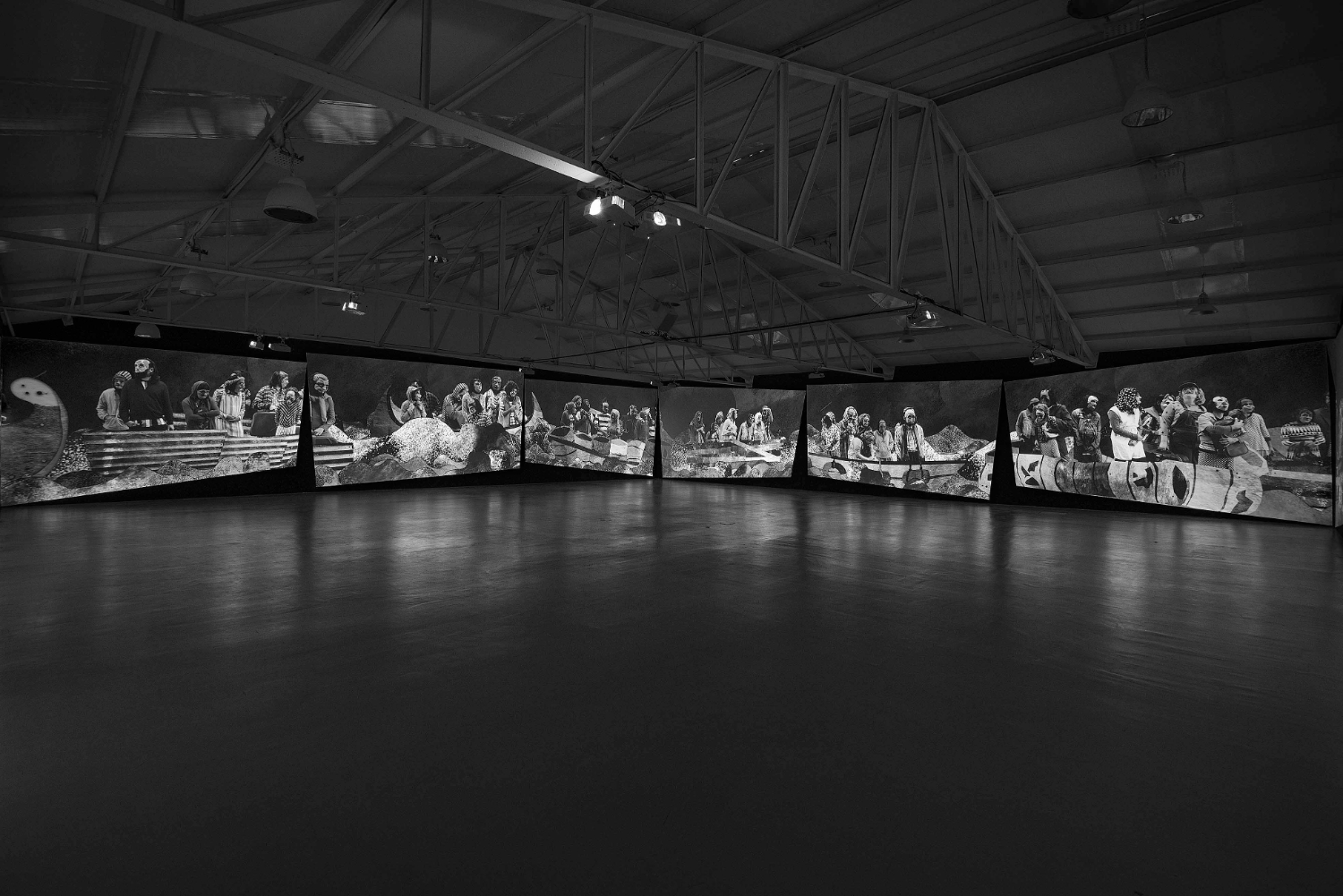 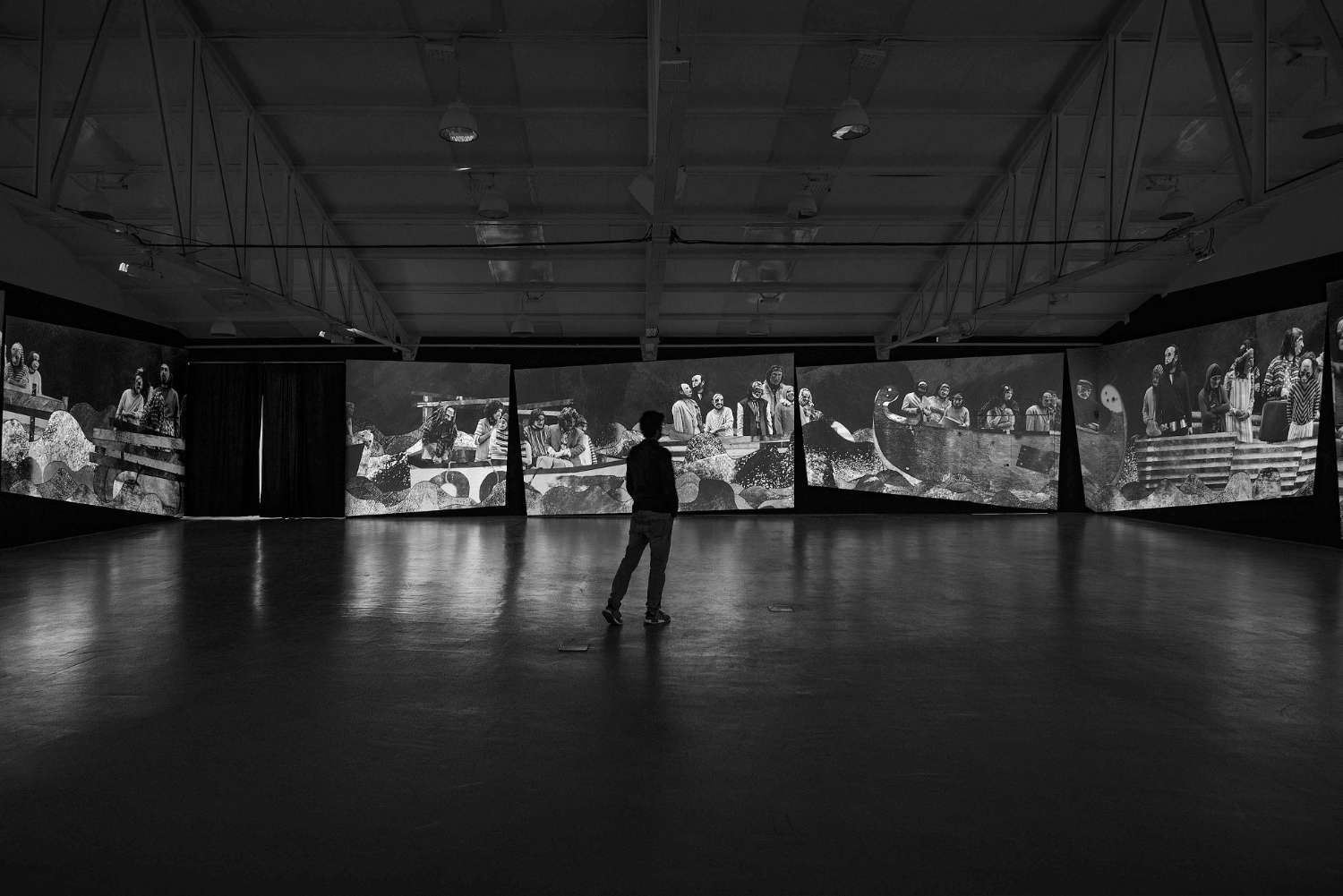 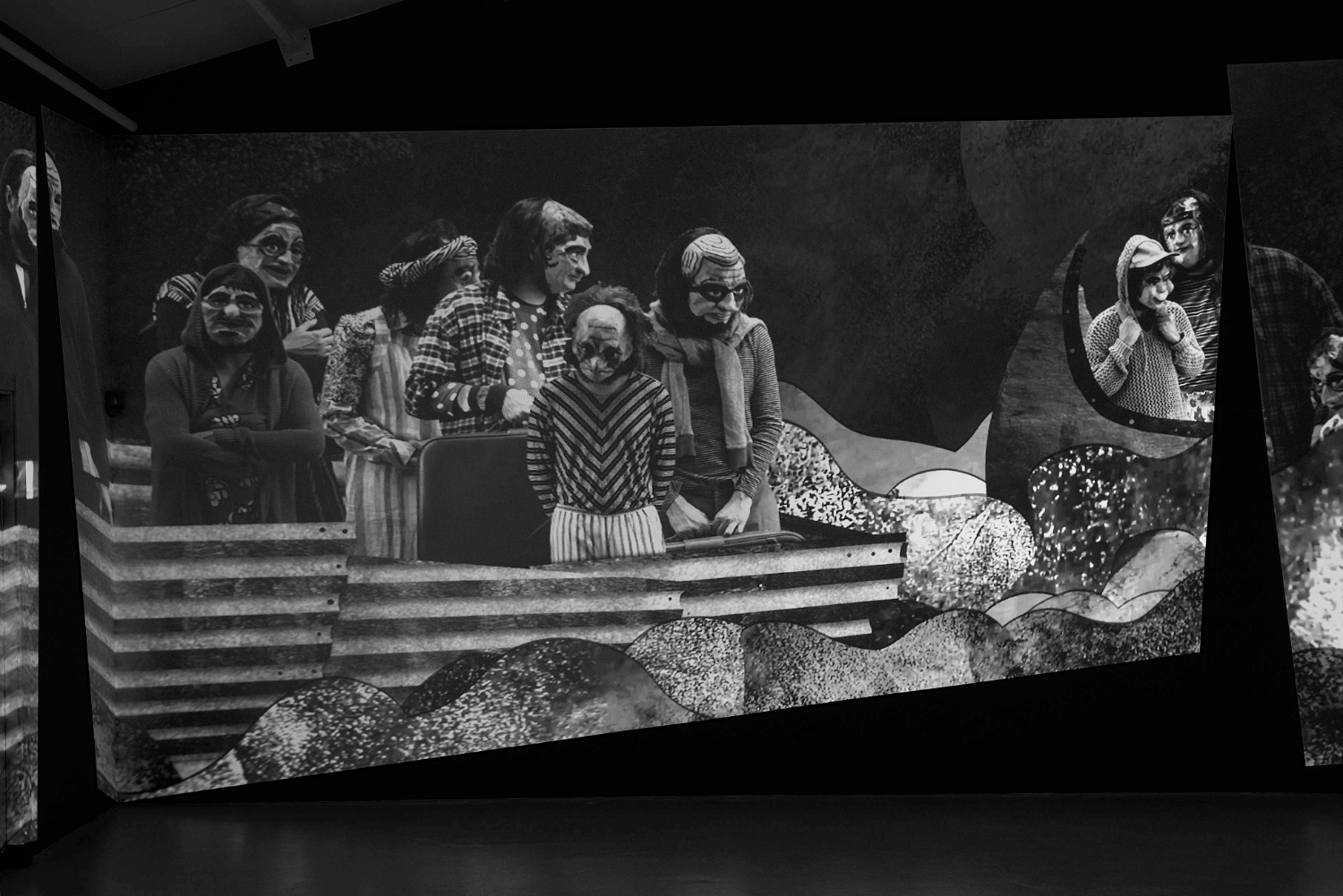 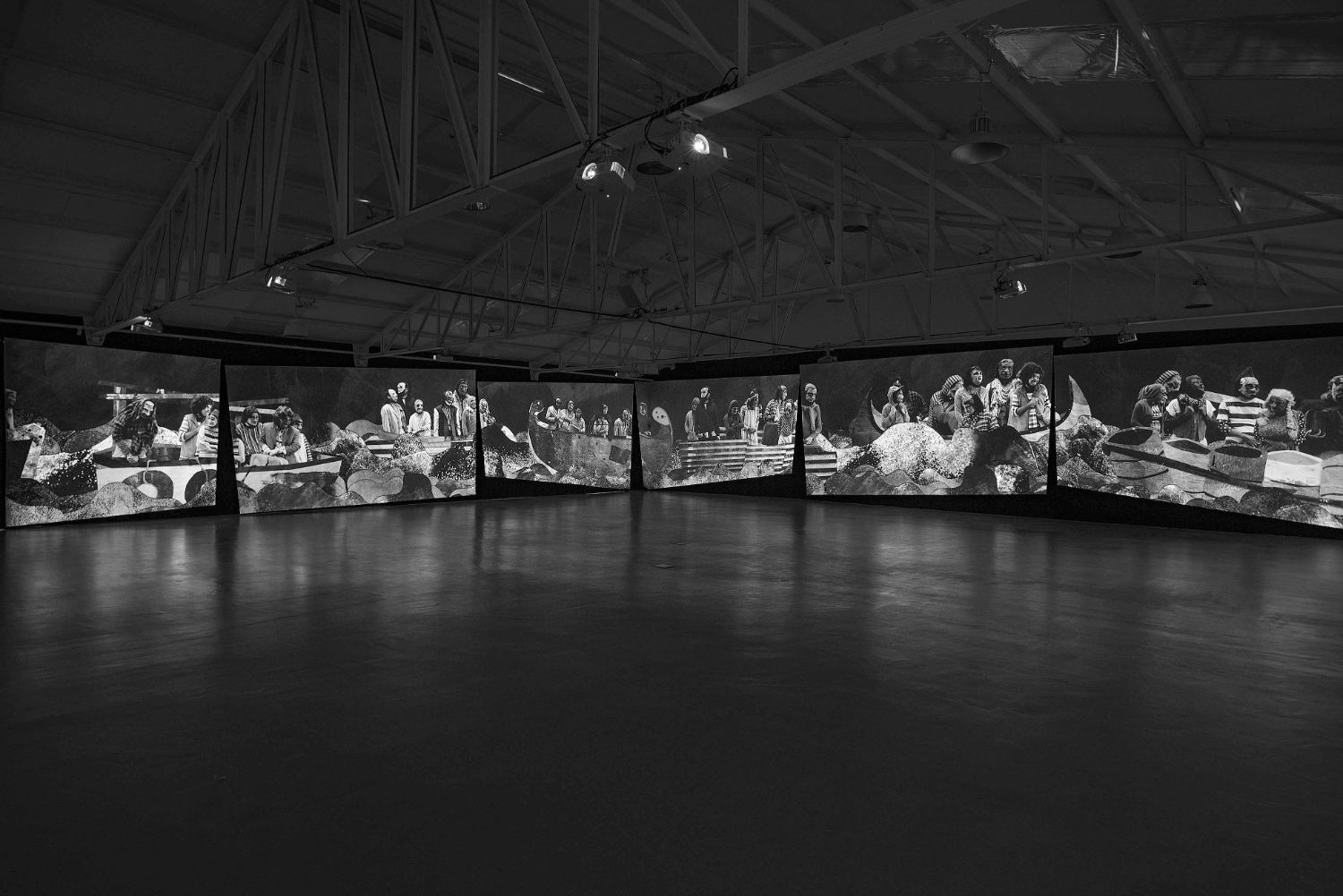 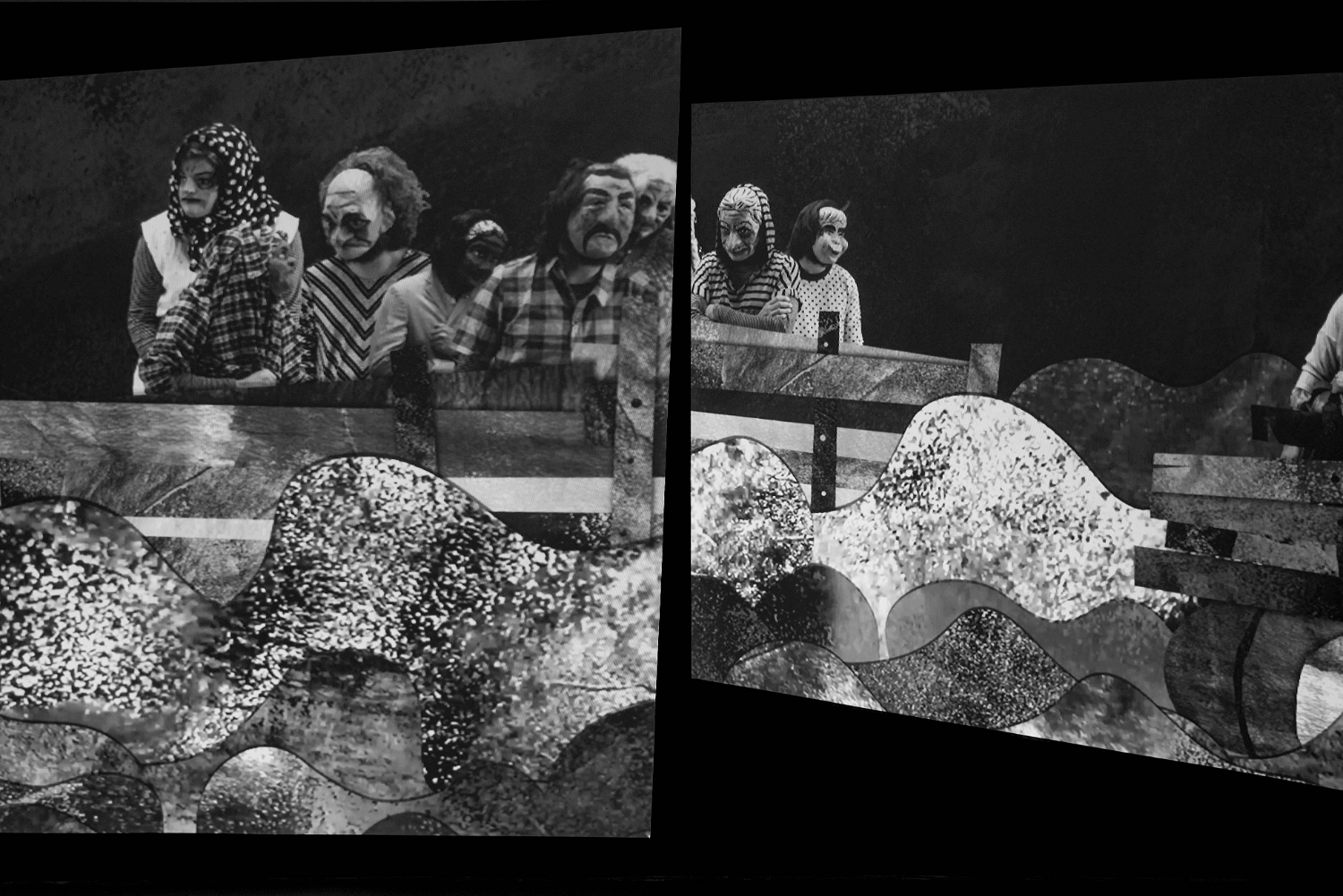 Sabrina Amrani is pleased to present MARE MAGNVM, a show by Edison Peñafiel composed of an immersive video installation that covers all four walls of the gallery's exhibitng space.

MARE MAGNVM does not refer only to a single or specific event. No information is given on the characters’ origin or their personal history. Their faces are not visible, covered by papier-mâché masks typical from Peñafiel’s native Ecuador, that both humanize and de-personify these characters. The identity of these people remains temporally and culturally ambiguous; their unspecific costuming transforms them into archetypal representatives of any Diaspora population.

Mare Magnum (Great Sea in Latin) is the name Romans gave to the Mediterranean Sea. Although the artist constructs fictional characters, he points to real life scenes from the Mediterranean and the Caribbean, and from so many other sites of migration across bodies of water. The exhibition describes a reality that is already here, and is also an omen of one that is soon to come.

Through video, animation and photography, the artist aims in this project to develop a variety of visual narratives in which he creates characters based on real stories of his own and of those close to him. In these narratives the artist weaves an alternative reality that reflects the results of migrational processes, using indirect references to contemporary historical events. The idea is to transmute these real stories into fictitious imagery that is universal at the same time, always keeping the essence of the original characters and situations.

This exhibition is part of a wider body of work eponymously titled MARE MAGNVM, which includes the ongoing exhibition MARE MAGNVM: La llegada currently on show at our space in calle Madera, in which the 81 characters that appear in the video installation are presented.

Exhibition realized with the technical support of MAD LABS.
Music composed and interpreted by Jonathan Gerstner