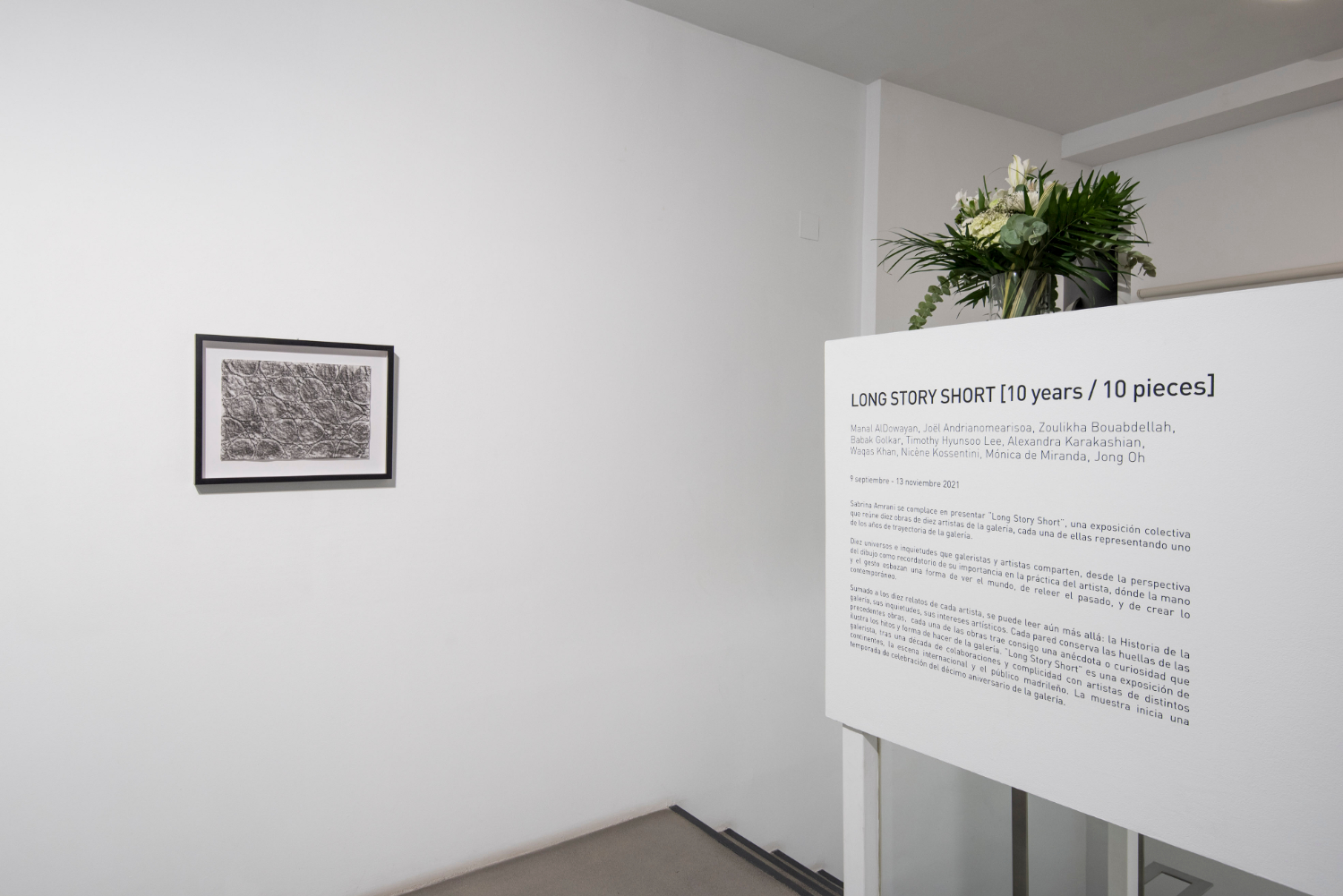 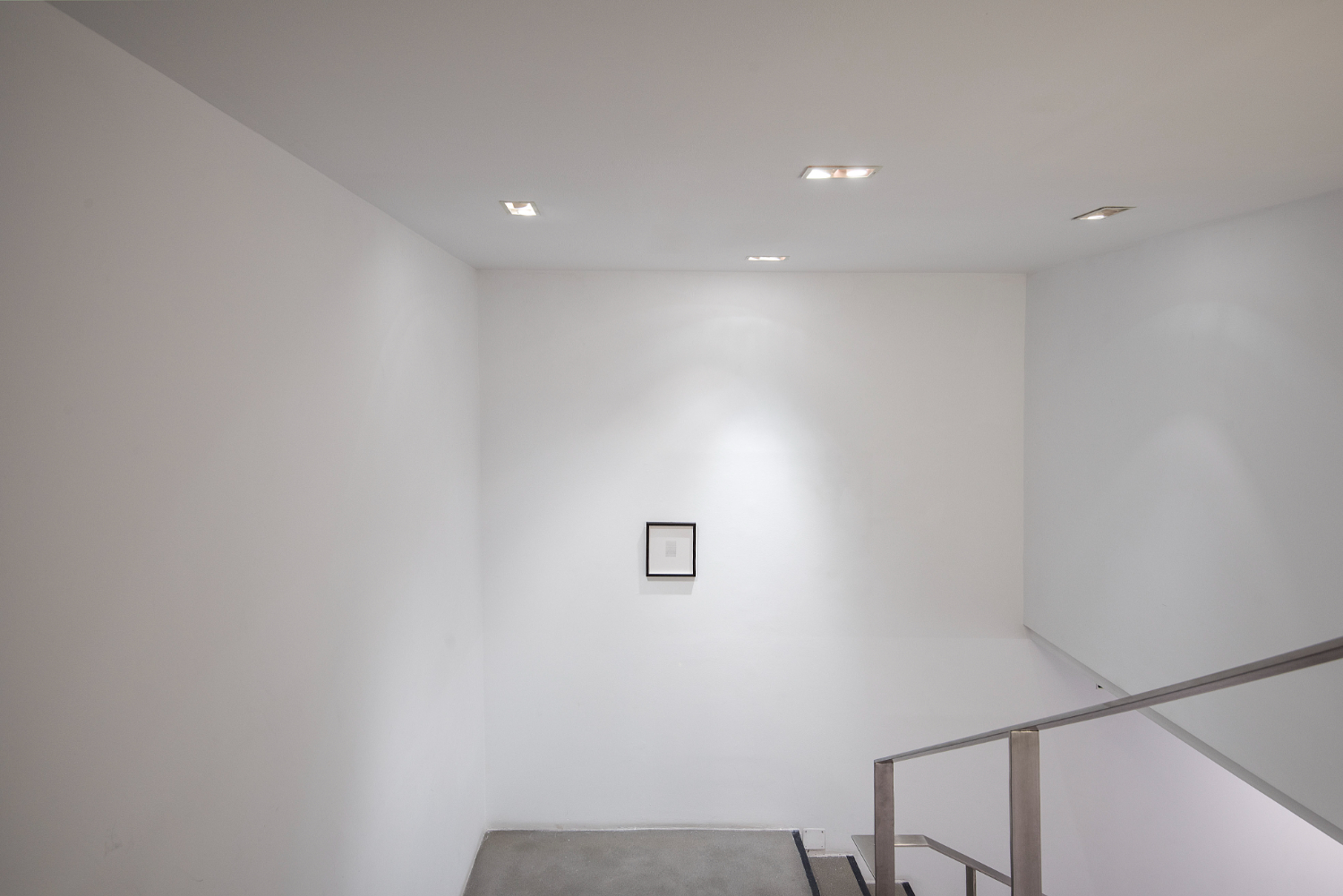 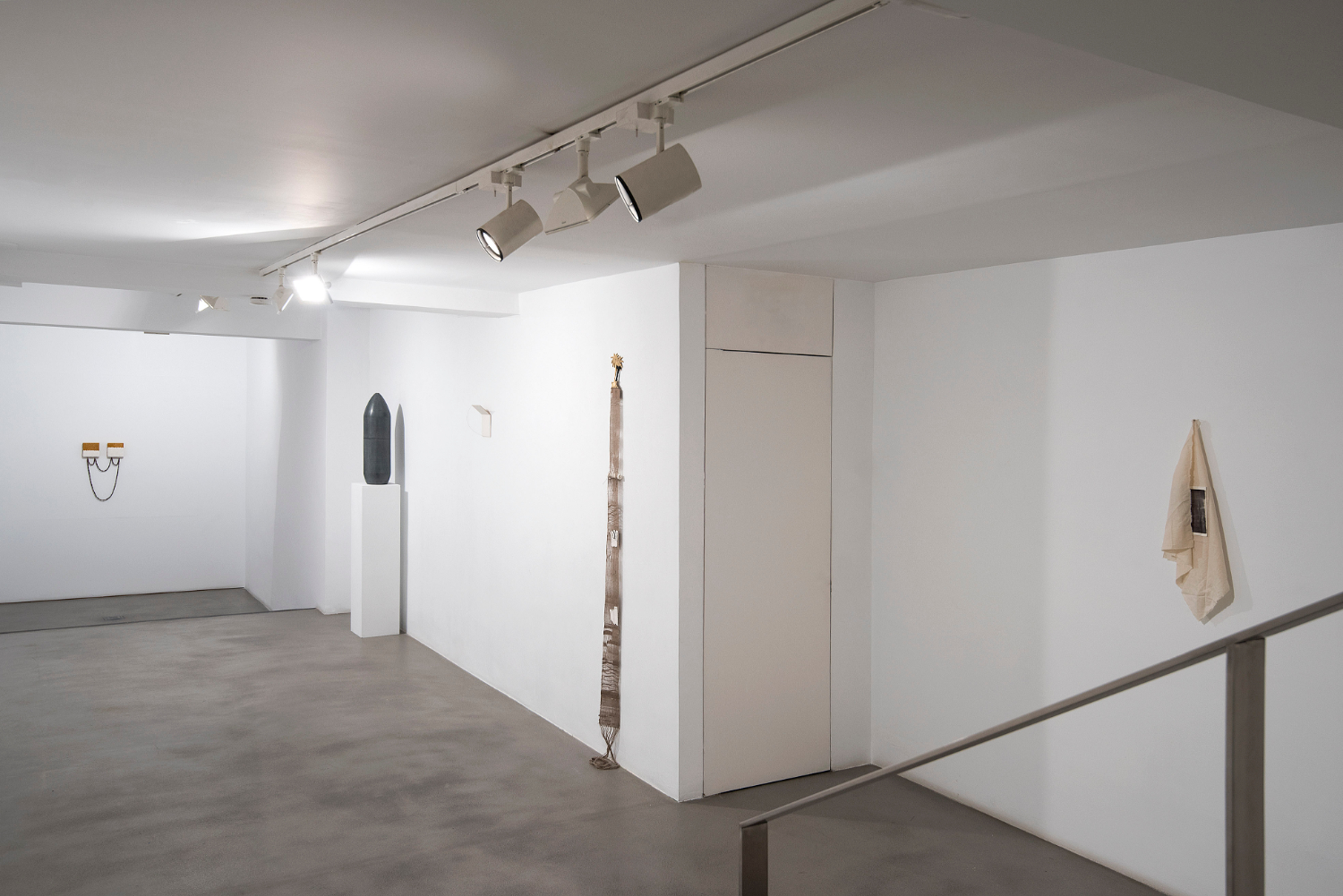 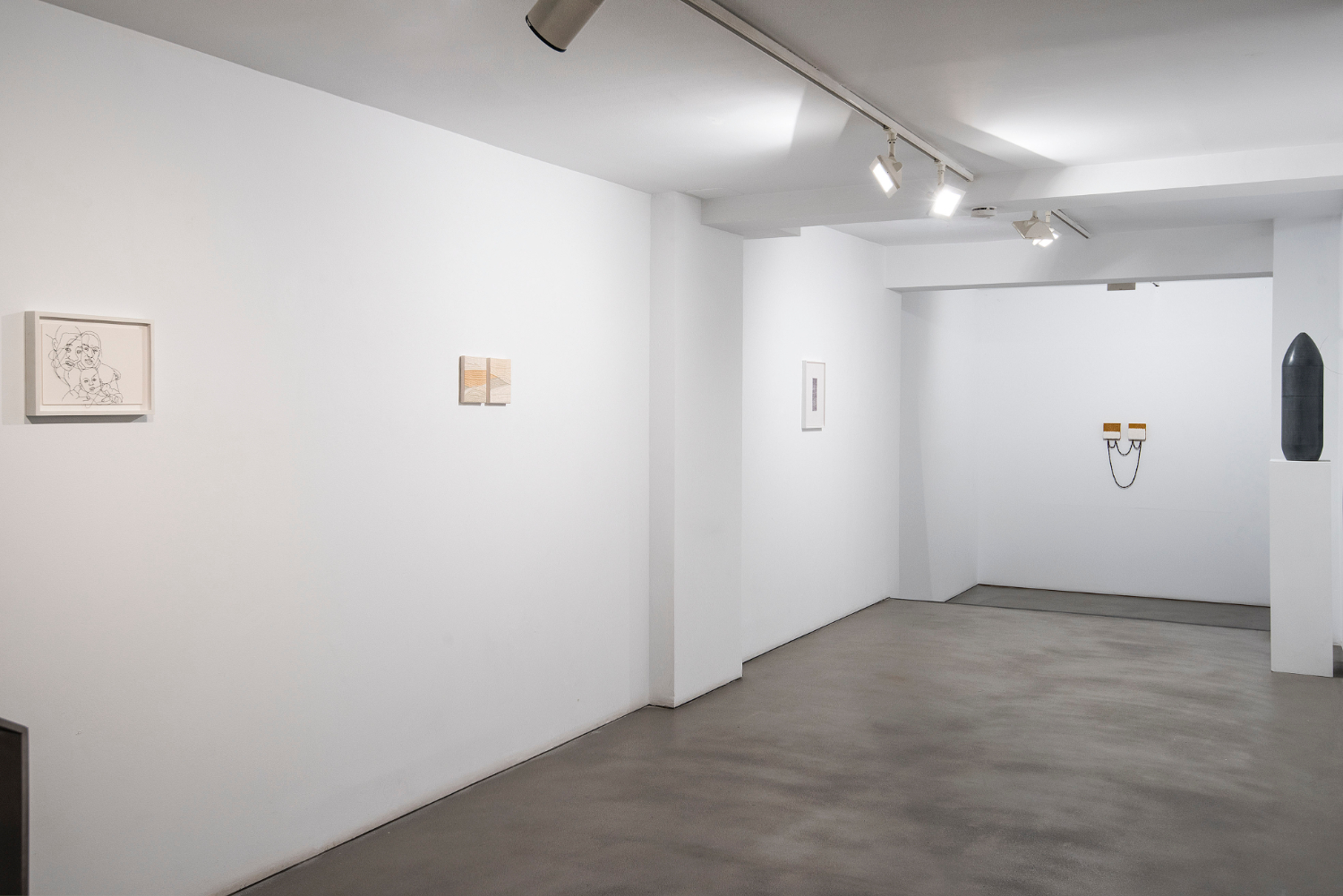 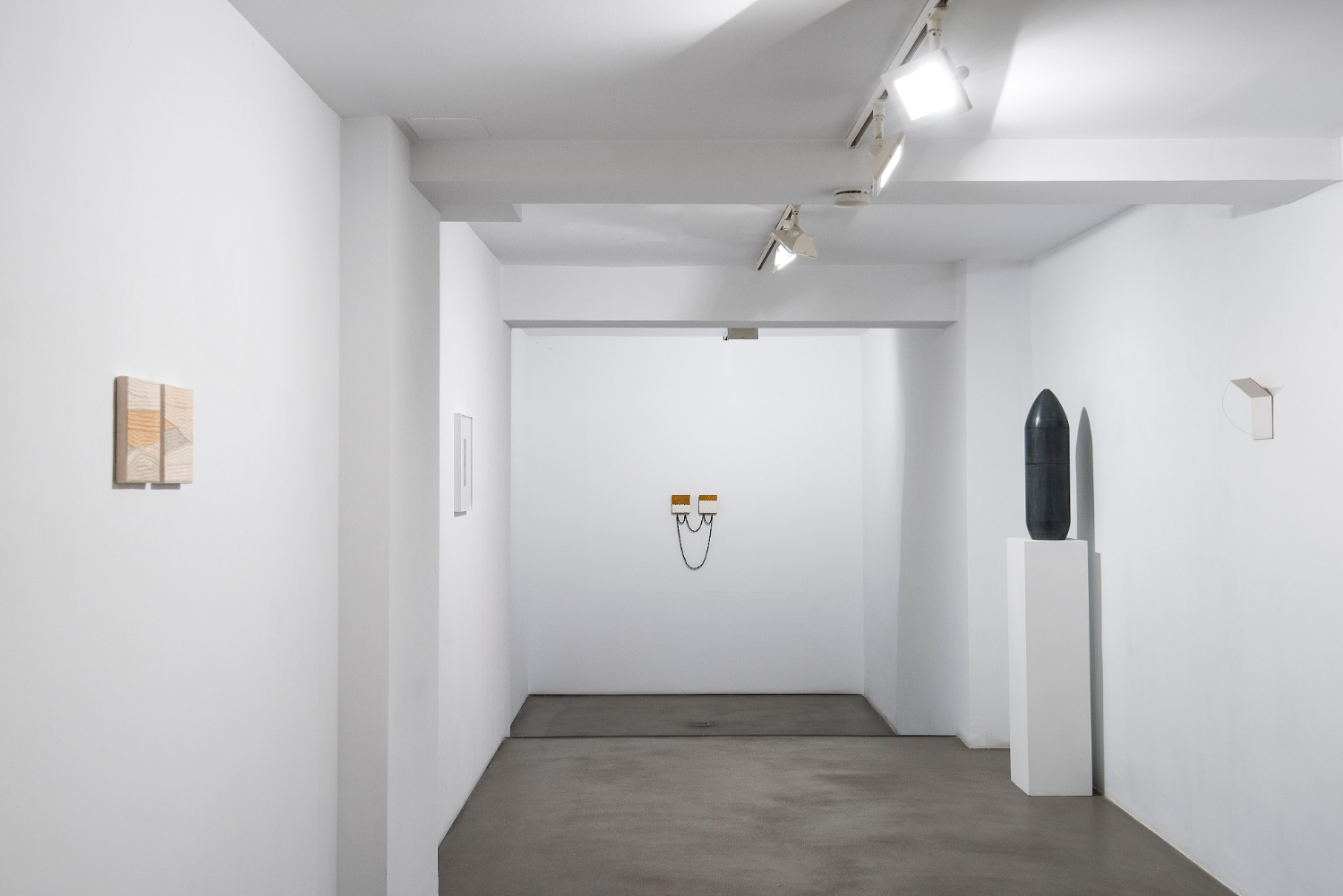 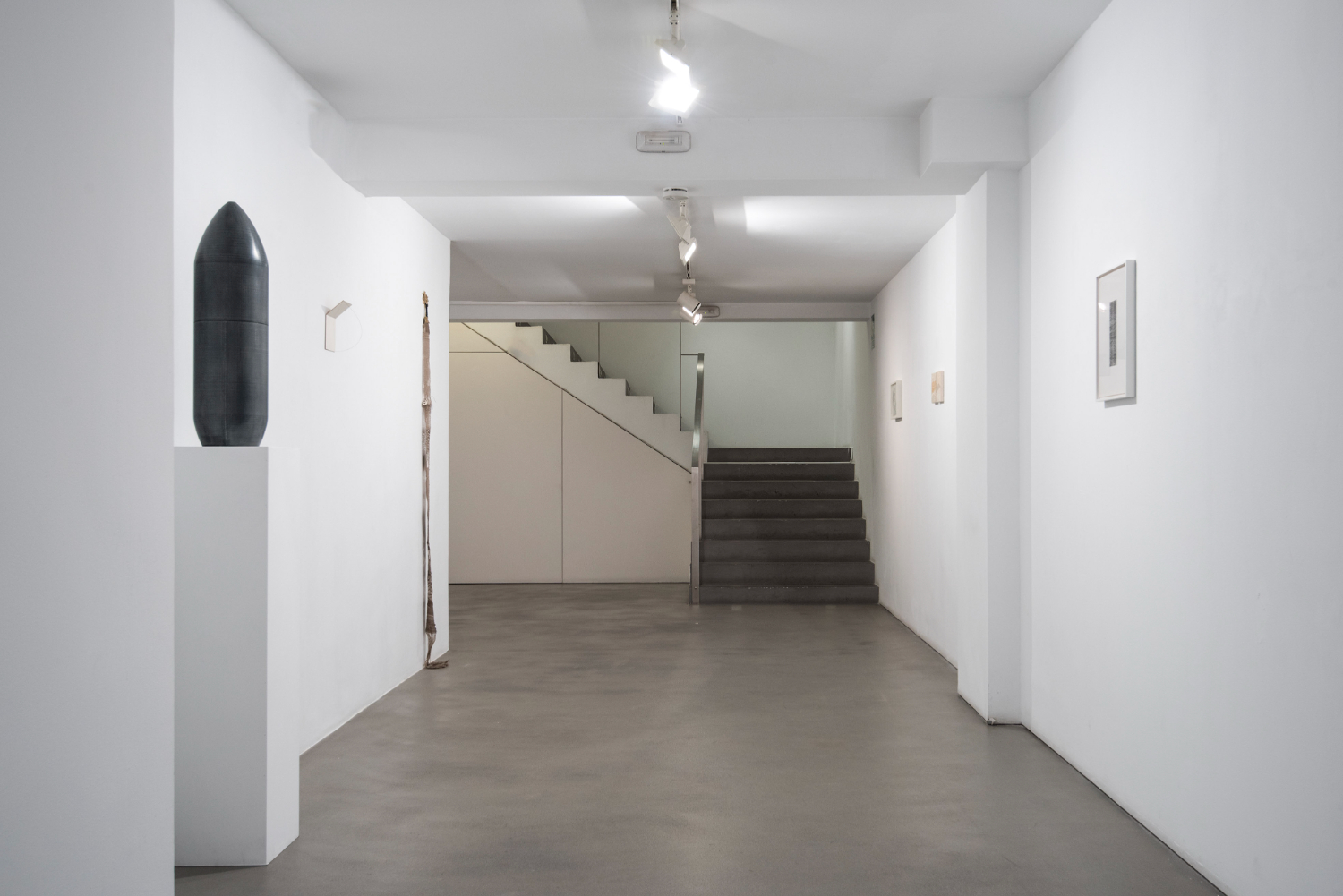 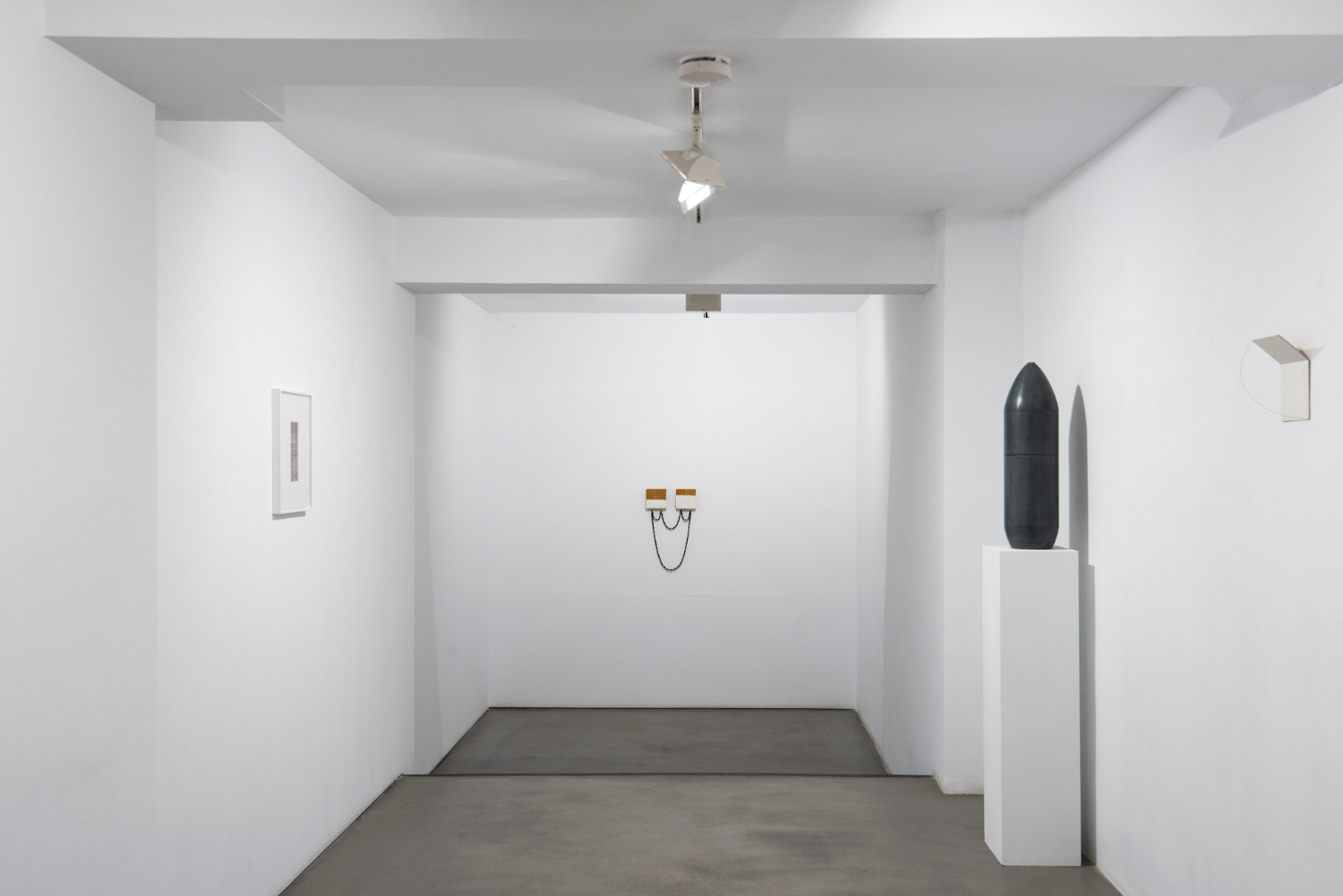 Sabrina Amrani is pleased to present Long Story Short for Apertura 2021, a group exhibition that brings together ten works by ten gallery artists, each representing one year of the gallery history.

Ten universes and concerns that gallerists and artists share, from the perspective of drawing as a reminder of its importance in the artist's practice, where the hand and the gesture outline a way of seeing the world, of rereading the past, and of creating the contemporary. Manifesting itself in the format of short stories, this first chapter also narrates the gallery journey, without being exhaustive.

The route of the exhibition is not chronological, although it begins with the first work acquired in the gallery's first exhibition: Dark Mirage (2011) by Zoulikha Bouabdellah, which opened its doors in a critical international context, between the financial crisis and the riots in the Arab world. A year marked by multiple events that can be read as the end of an era, from the withdrawal of Fidel Castro, the scandalous propaganda of the Tea Party, the attacks in Belarus, the selection of Rwanda for the African Championship, the modification of the Spanish Constitution, the launch of Minecraft, the rise of social networks such as Twitter or Instagram, to the demonstrations in Chile.

The first exhibition at the gallery affirmed its concerns and interest in political and social art, and above all, in rereading History and understanding how the world can be redefined. And it is organically that the gallery's program was spun throughout its first decade.

The meticulous ink drawings of Waqas Khan and Nicène Kossentini are inspired by the Sufi and Arabian-Andalusian philosophers, two seemingly abstract works that respond to their socio-political contexts. The threads and textiles of Joël Andrianomearisoa, Alexandra Karakashian, Mónica de Miranda and Manal AlDowayan, deal with the construction of individual and collective identity, while Jong Oh and Babak Golkar explore the interrelation of architecture with the individual. The exhibition ends with a work by Timothy Hyunsoo Lee, in which the artist tells about the complexity of the relationship between people, who are siblings, friends, gallerist and artist.

In addition to the ten stories of each artist, you can read even further: the history of the gallery, its concerns, its artistic interests. Each wall preserves the traces of the previous works, each of the work brings with it an anecdote or curiosity that illustrates the milestones and way of doing of the gallery. Long Story Short is a gallerist exhibition, after a decade of collaborations and complicity with artists from different continents, the international scene and the Spanish audience. The show opens a season of celebrations for the gallery's 10th anniversary.