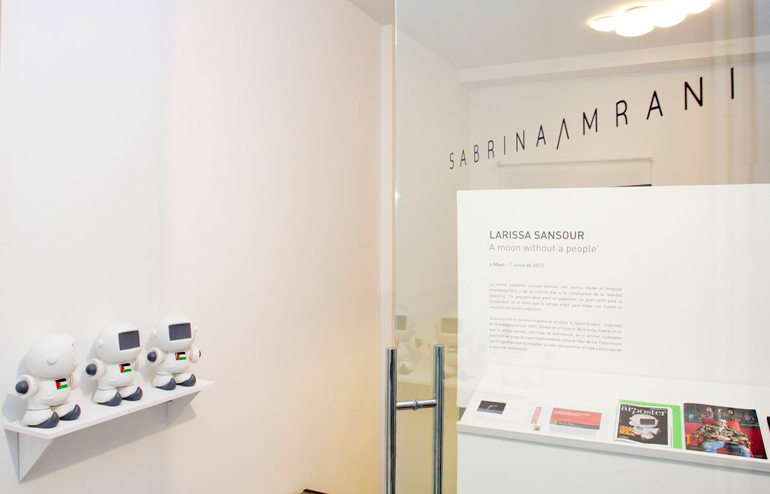 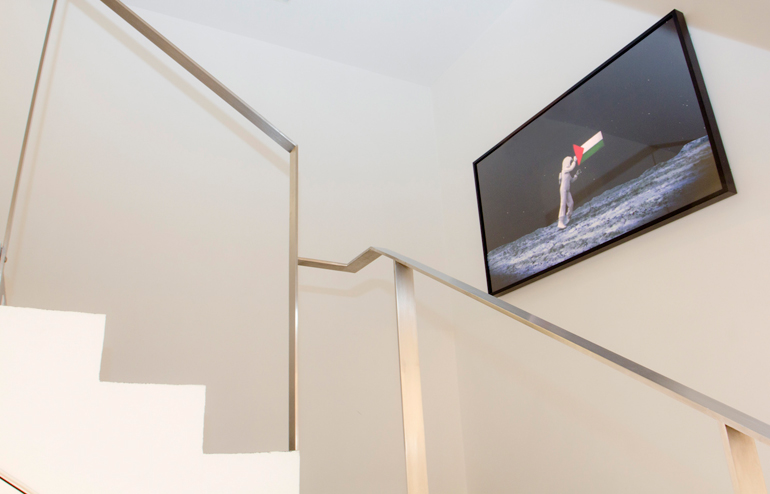 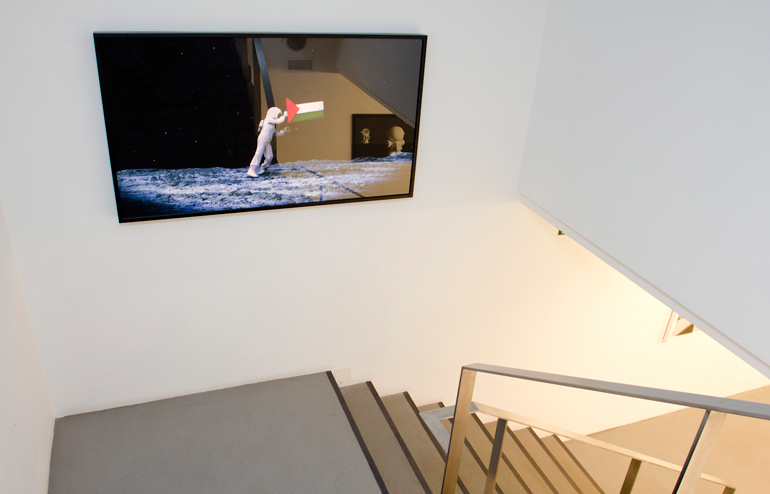 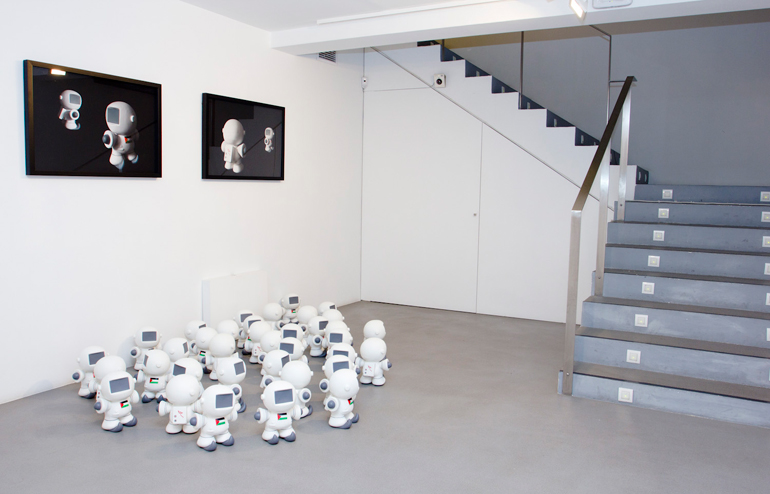 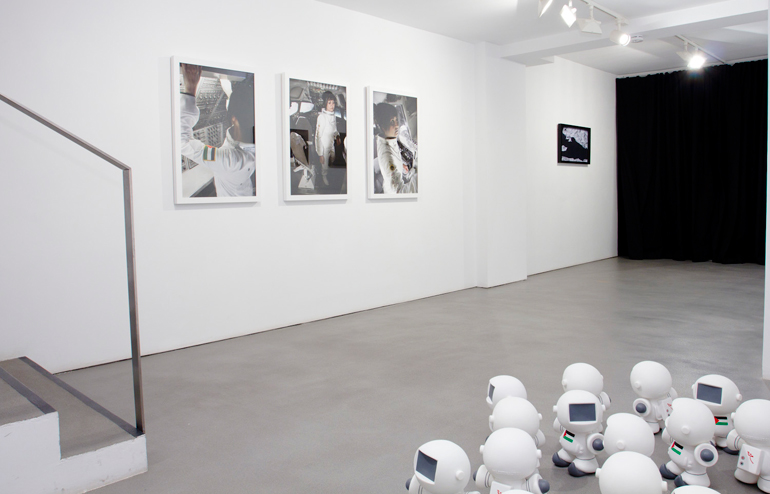 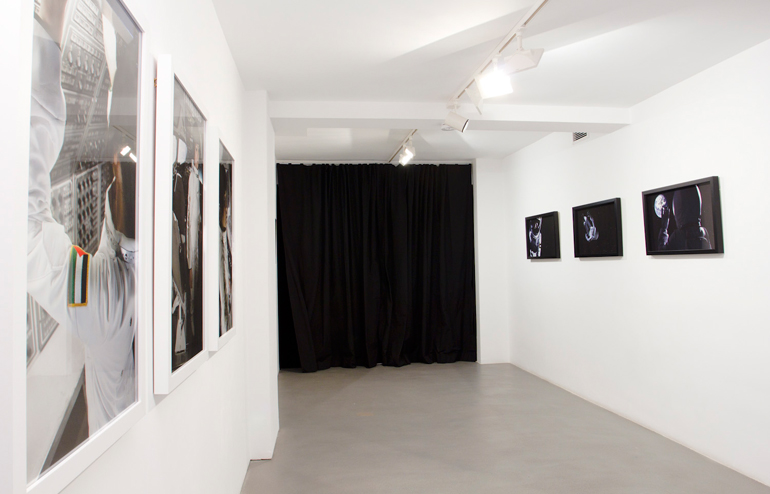 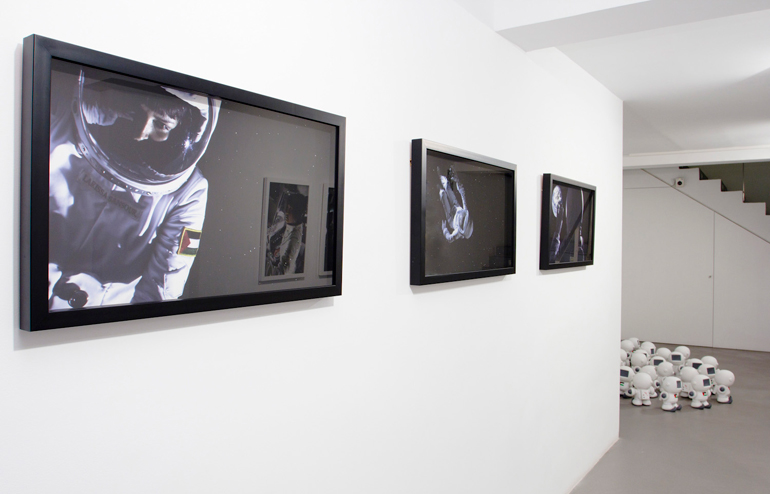 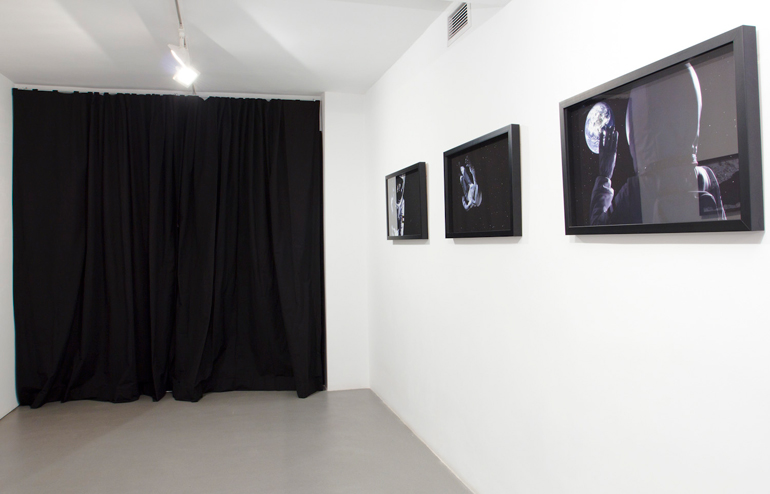 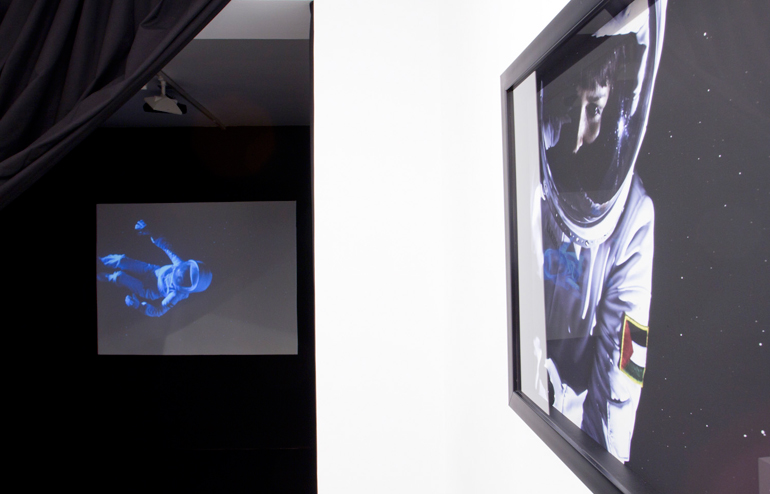 'A moon without a people'

In the exhibition 'A moon without people' the artist Larissa Sansour, born in East Jerusalem, takes us to the complexity of the Palestinian reality through cinematographic  and pop culture language. "A small step for a Palestinian, a great leap for humanity" it is the motto that the artist chose to treat with humor and irony on the current situation of the Palestinian people.

The central piece of the show is 'A Space Exodus ', a video with reminiscences to the famous movie '2001: Odyssey in space' by Stanley Kubrik, in whom the own artist with an astronaut suit is the first Palestinian citizen  in treading on the Moon, imposing herself as the leader of the Palestinauts. A Moon who turns into a new Palestine: a land without people for a people without land.

"Jerusalem, we have a problem" is the beginning of the short of five minutes in which Sansour reflects the happiness of conquering a land and the solitary experience of Palestine in the exile: Jerusalem answers only with a silence.

Arabesque elements ranging from the space suit to the music are merged within a dreamy galactic setting and elaborate special effects. The film offers a naively hopeful and optimistic vision for a Palestinian future contrasting sharply with all the elements that are currently eating away at the very idea of a viable Palestinian state. The ironic symbol of planting the Palestinian flag on the Moon suggests that the more the Palestinians move away from their mother land, the more they are moving away from Jerusalem. The "exodus" is a new beginning in which the freedom is joined to the exile. Obtained this victory, the jump is so big that the astronaut ends up floating in the space.

The video is shown along with a series of photographs and stills, that intervene as documentation of this fictitious event. A photographic tryptich introduces us in the cabin of the spaceship where the artist is portrayed in a false reportage, always with her quirky suit in which the arabesque motives and the flag of Palestine can be clearly distinguished.

The exhibition continues with four stills: "Lost" and "Floating" show our astronaut orbiting in the space, a metaphor of the limbo in which the own Palestinians are; "Shoe", a photography of the babouche, that forms a part of the astronaut's suit, treading finally on the Moon and "Earth", in which Larissa says goodbye to the Earth.

The exhibition is completed by a lightbox photography of the symbolic gesture of the astronaut planting the Palestinian flag on the Moon and with the Palestinauts, forty sculptures of hard vinyl that flood the space of the gallery, also documented with two conceptual photographies.

Coinciding with the exhibition at Sabrina Amrani Art Gallery, next May 9 at 19.00h, Larissa Sansour will talk to the public of Madrid in the autditorium of the Casa Árabe (House of the arabs) in Madrid (c/Alcala, 62). Forthwith there will take part Maria Pallier, director of the TV program of Metropolis (RTVE) and Miguel Cereceda, president of the Institute of Contemporary Art and teacher of Aesthetics in the Autonomous University of Madrid.

During the event the video ‘Nation State’ will be projected, along with other works by the artist.