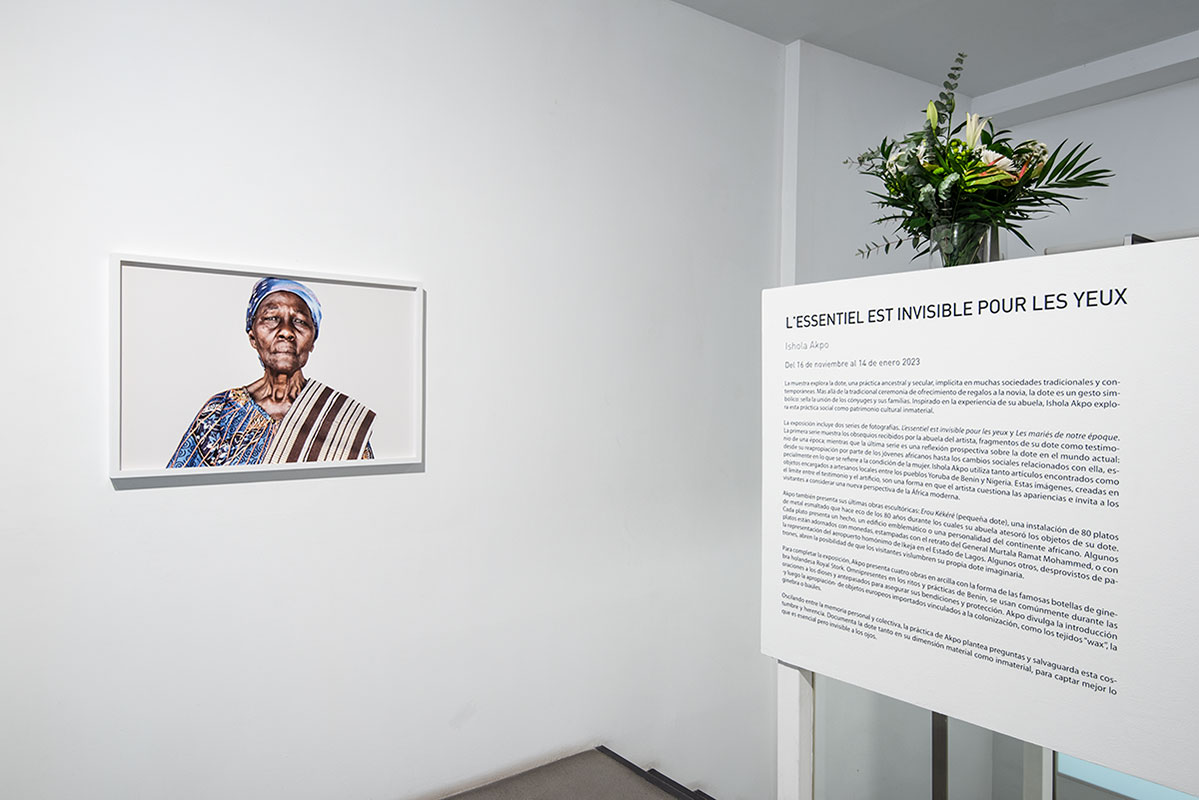 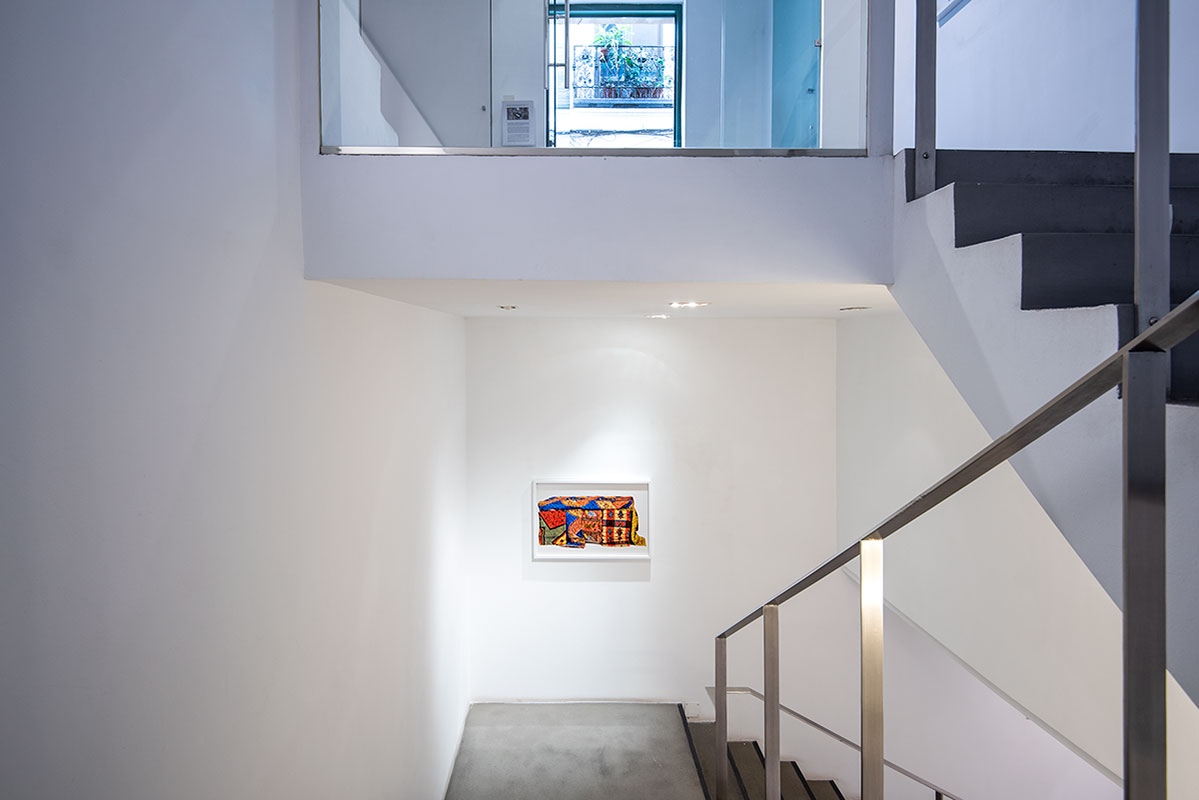 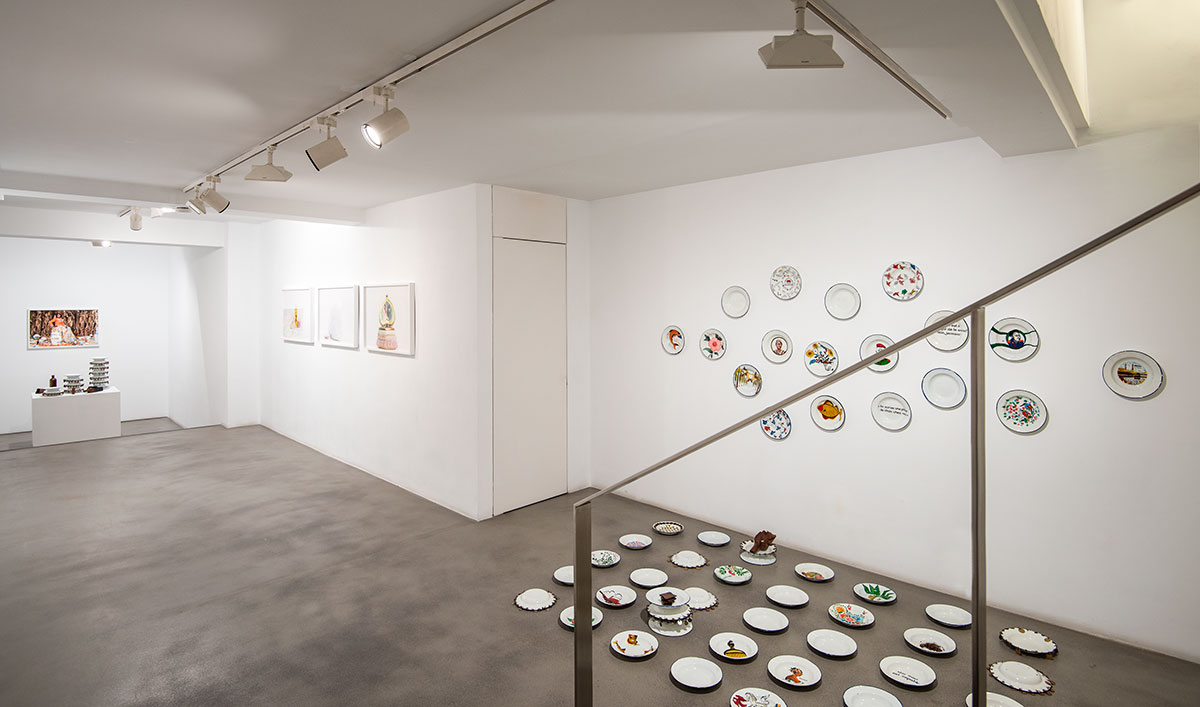 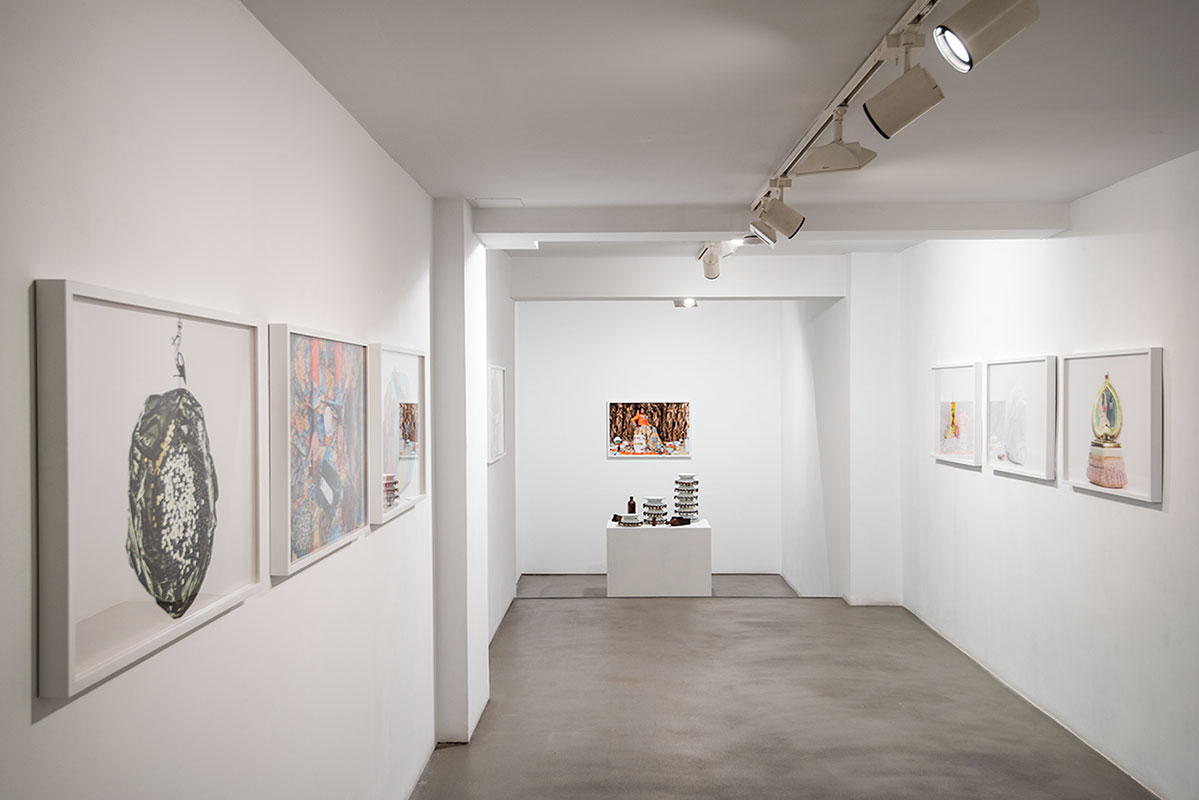 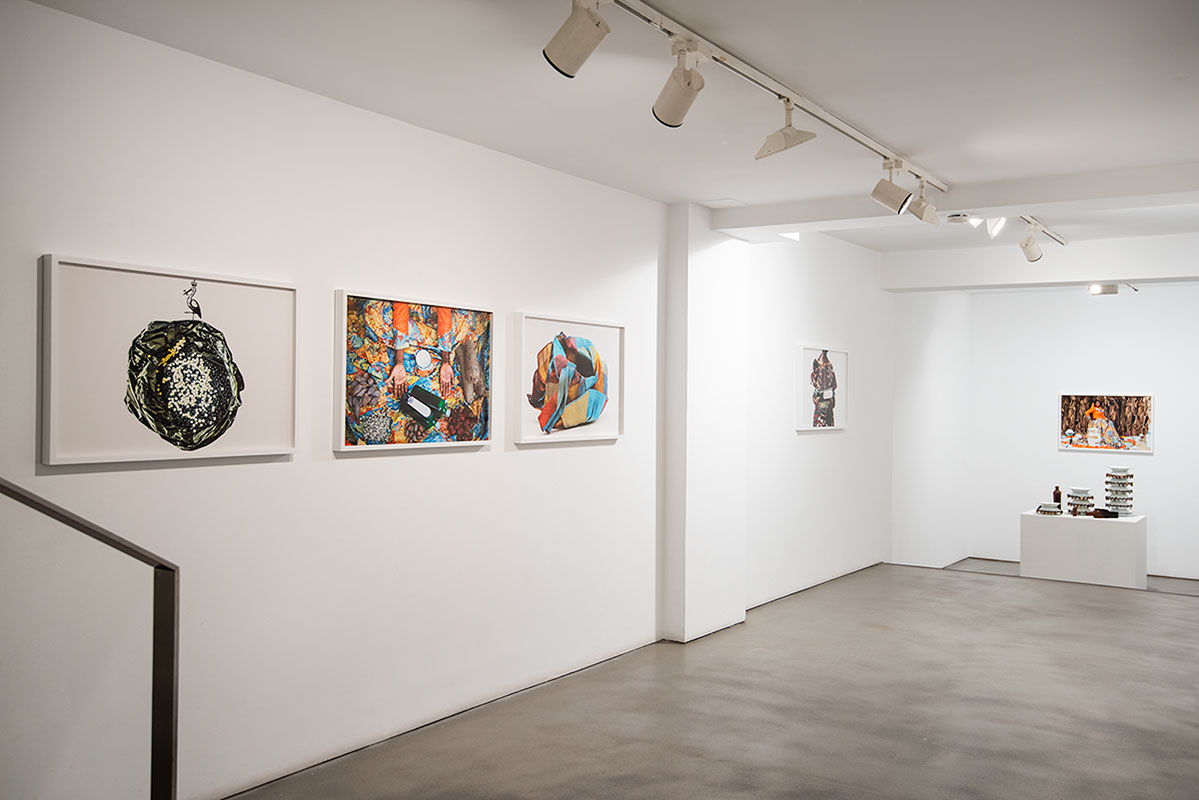 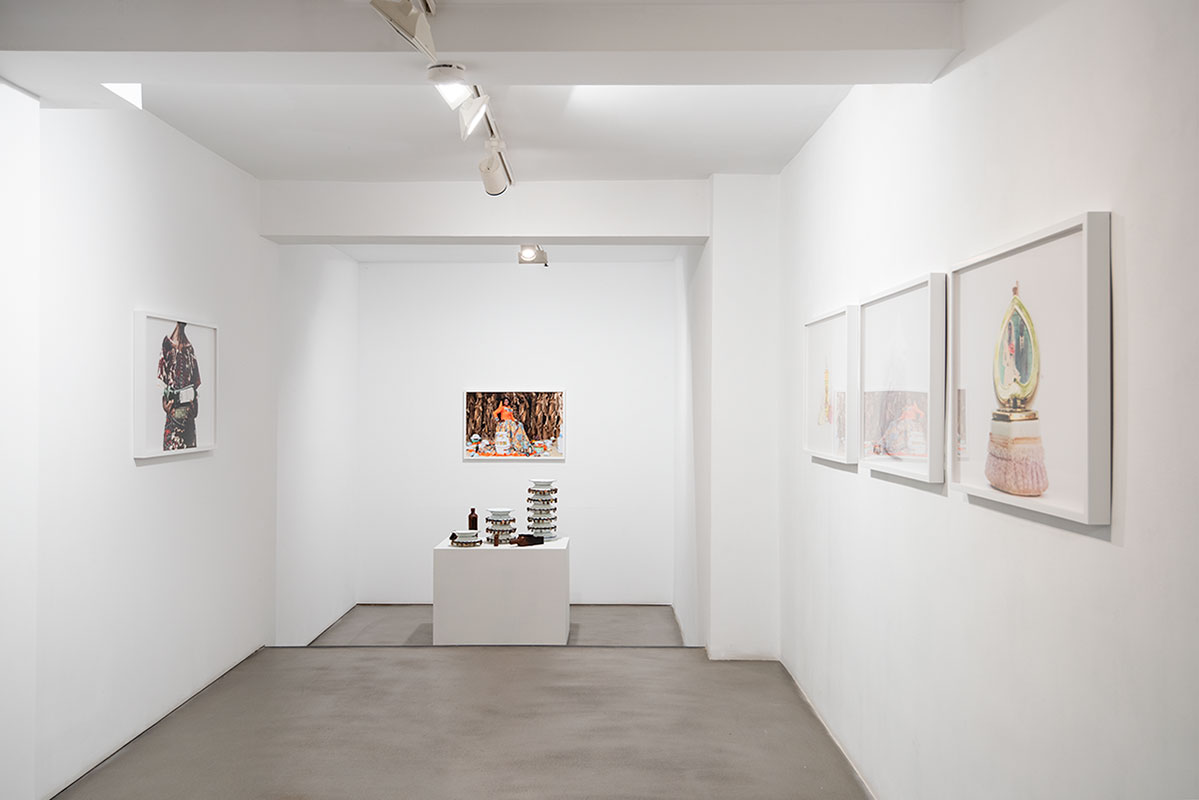 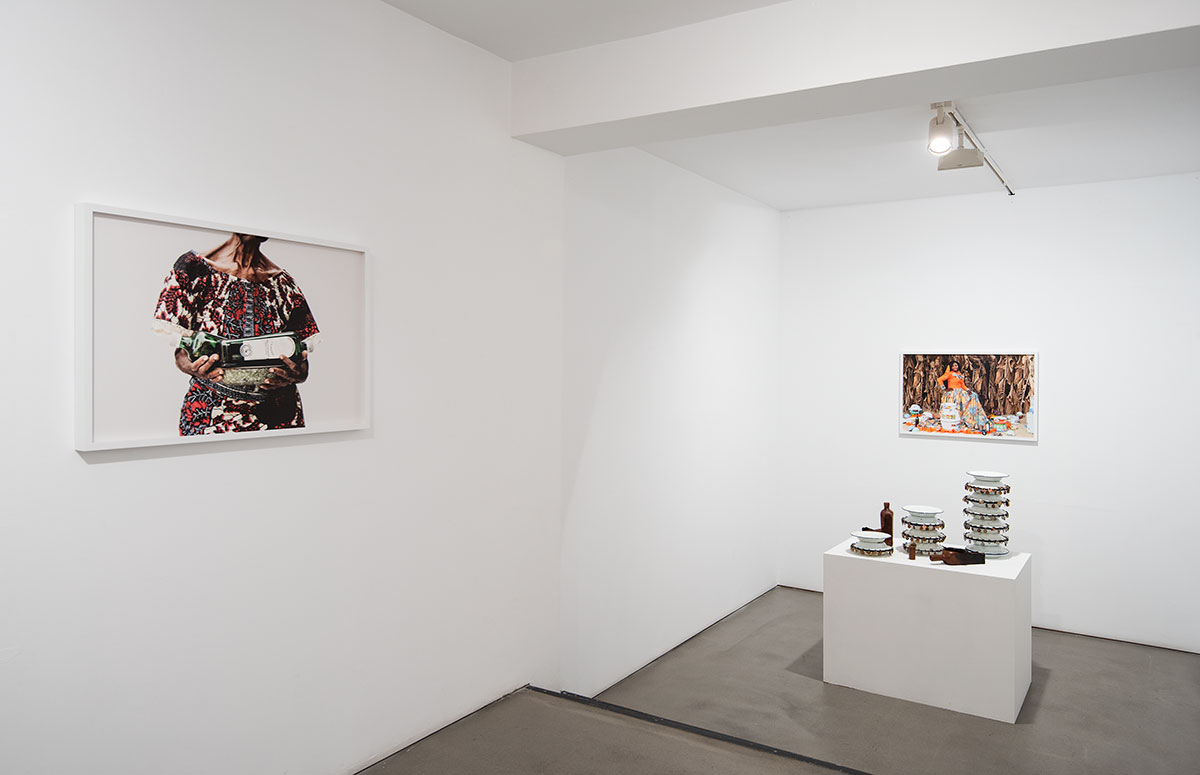 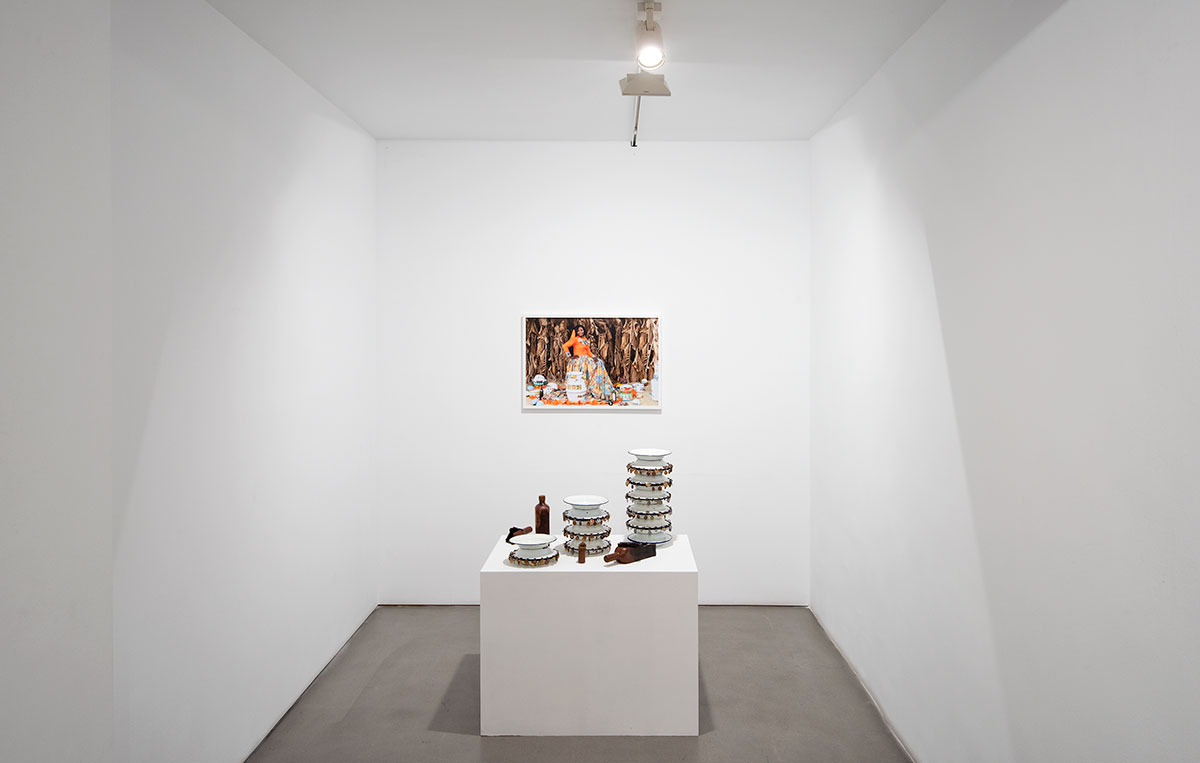 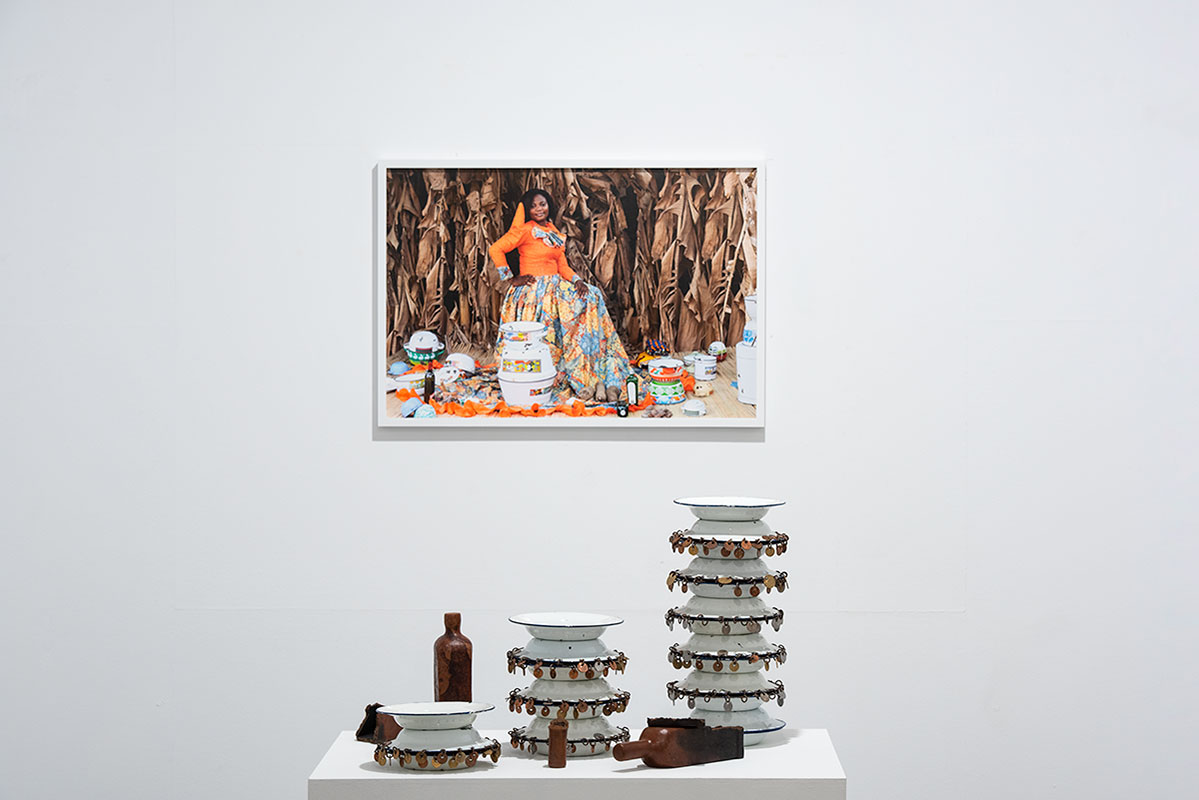 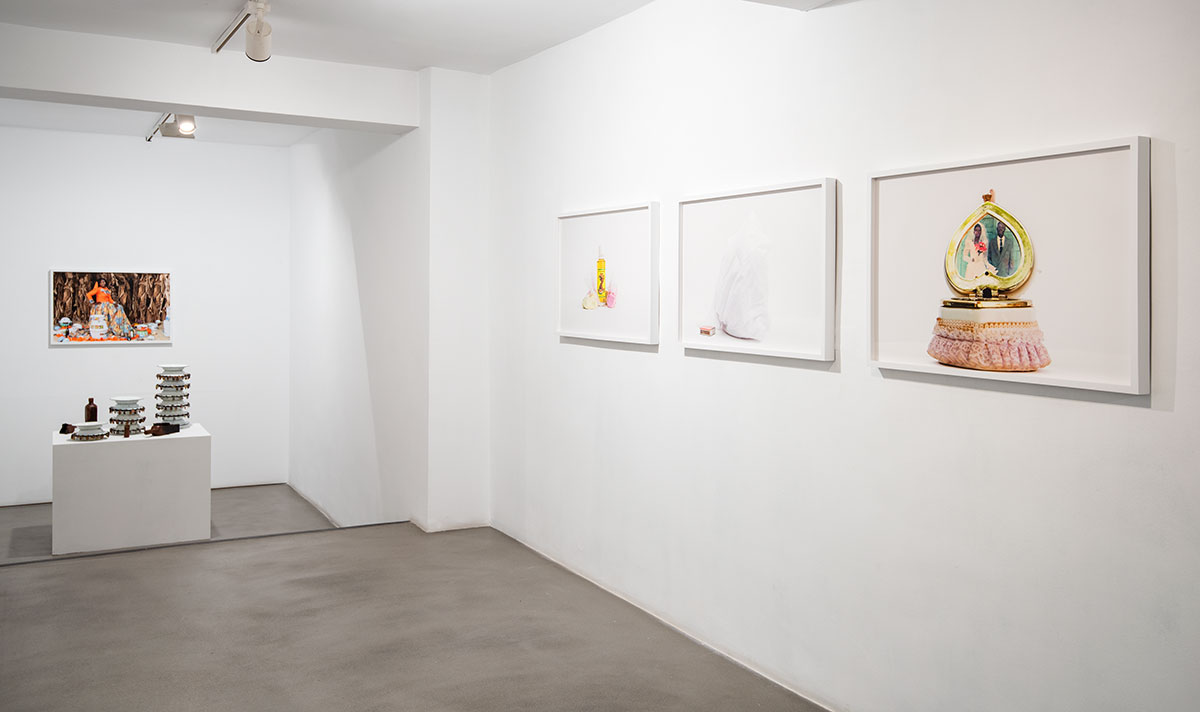 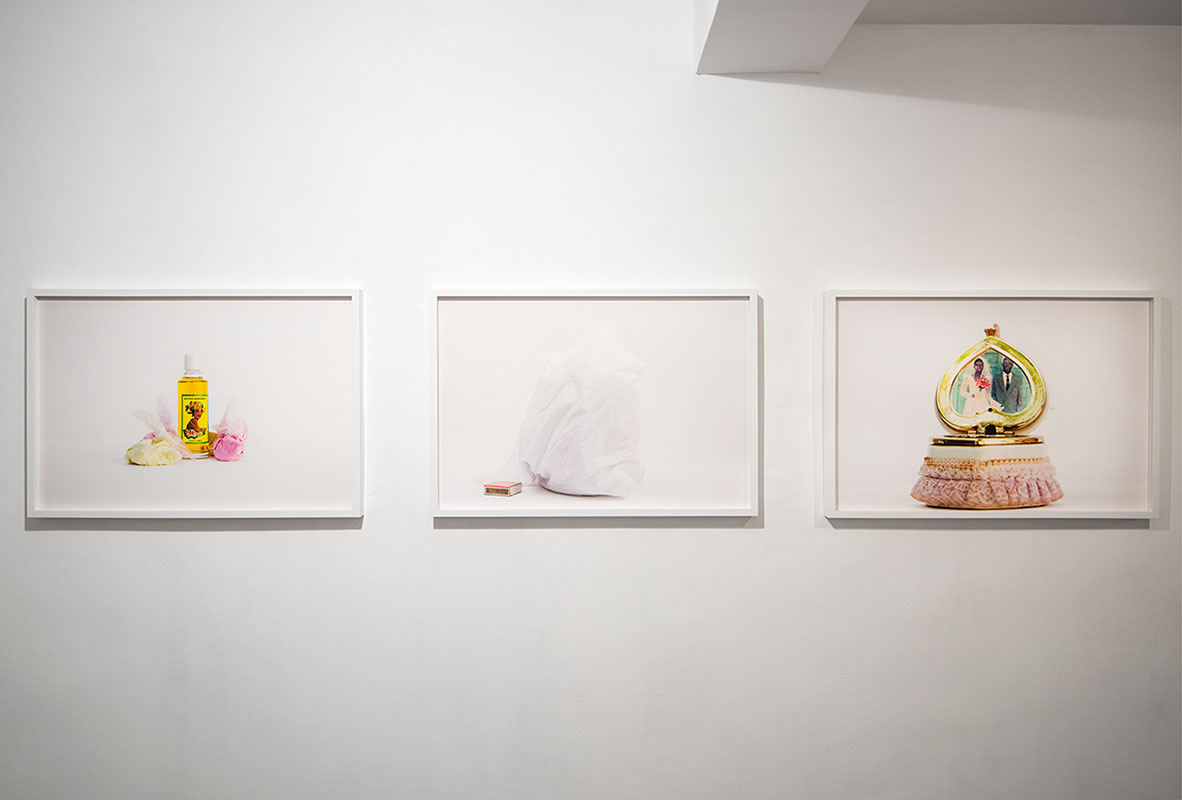 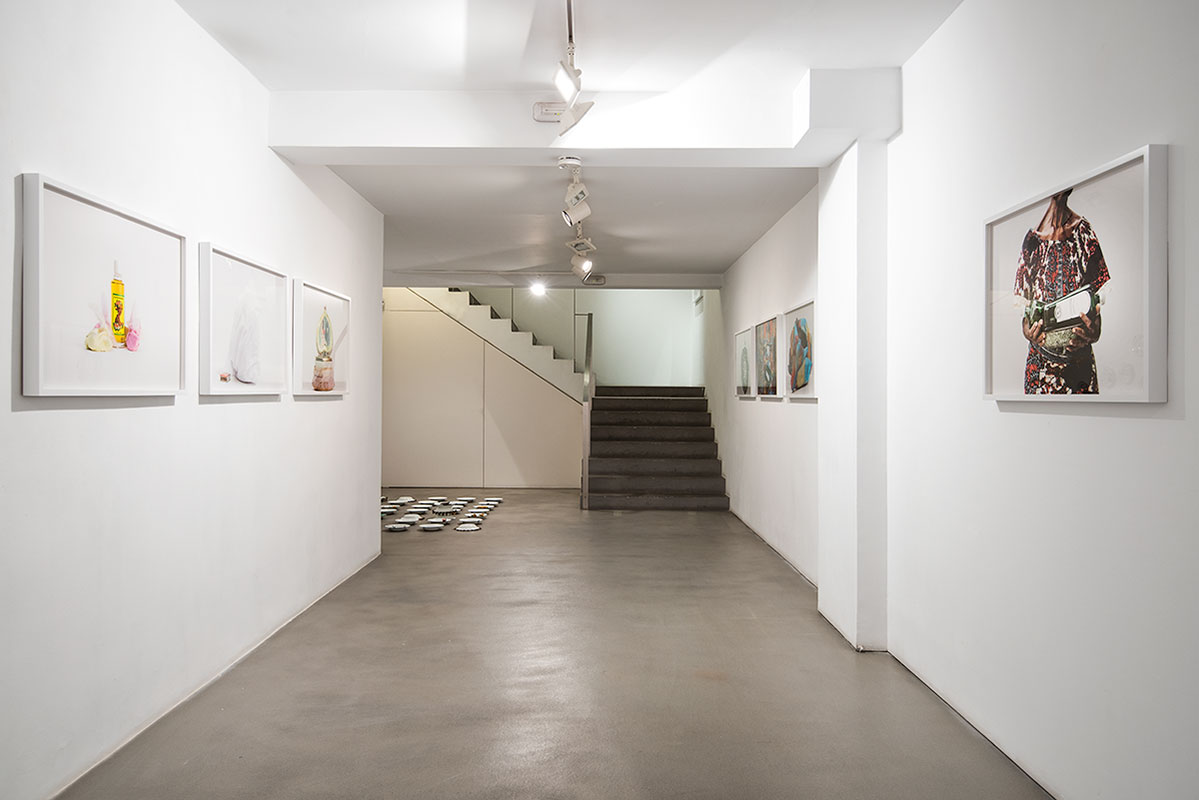 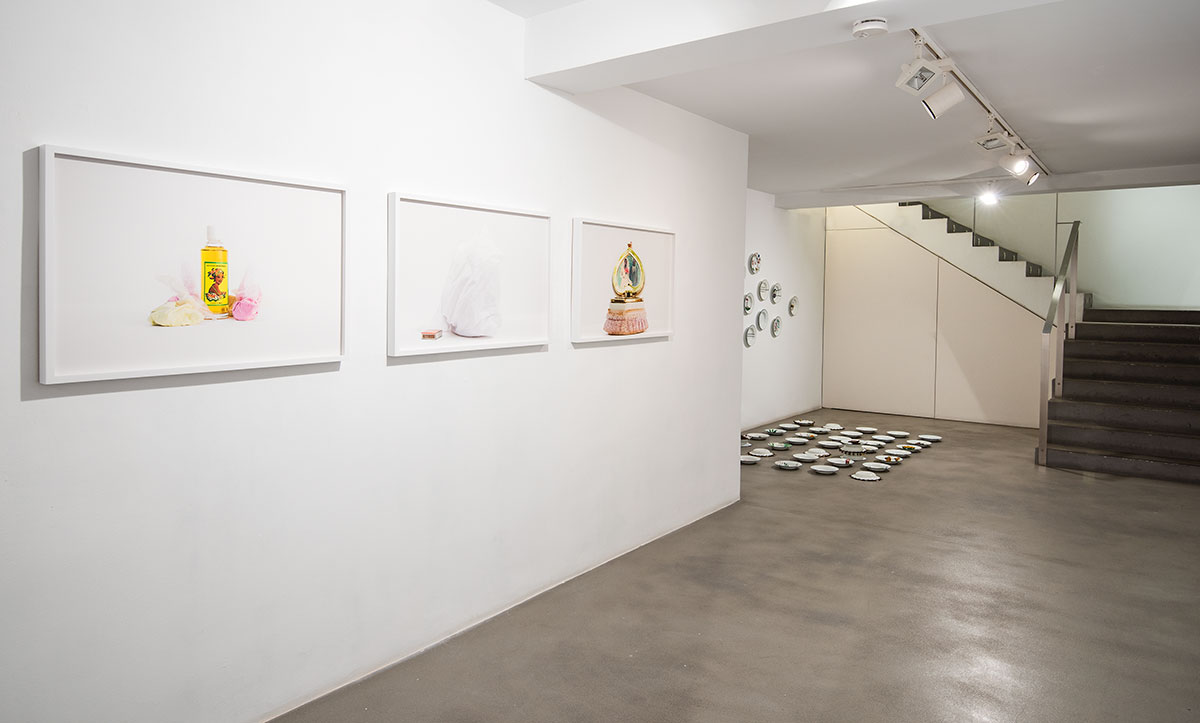 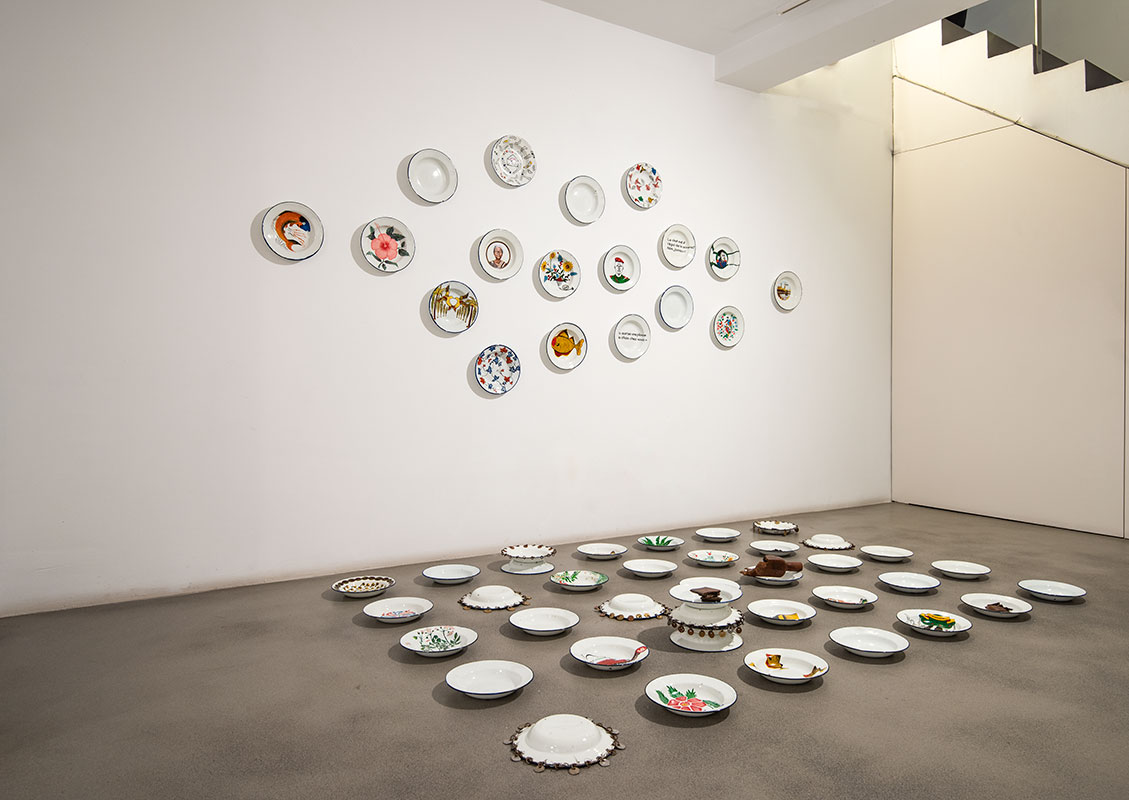 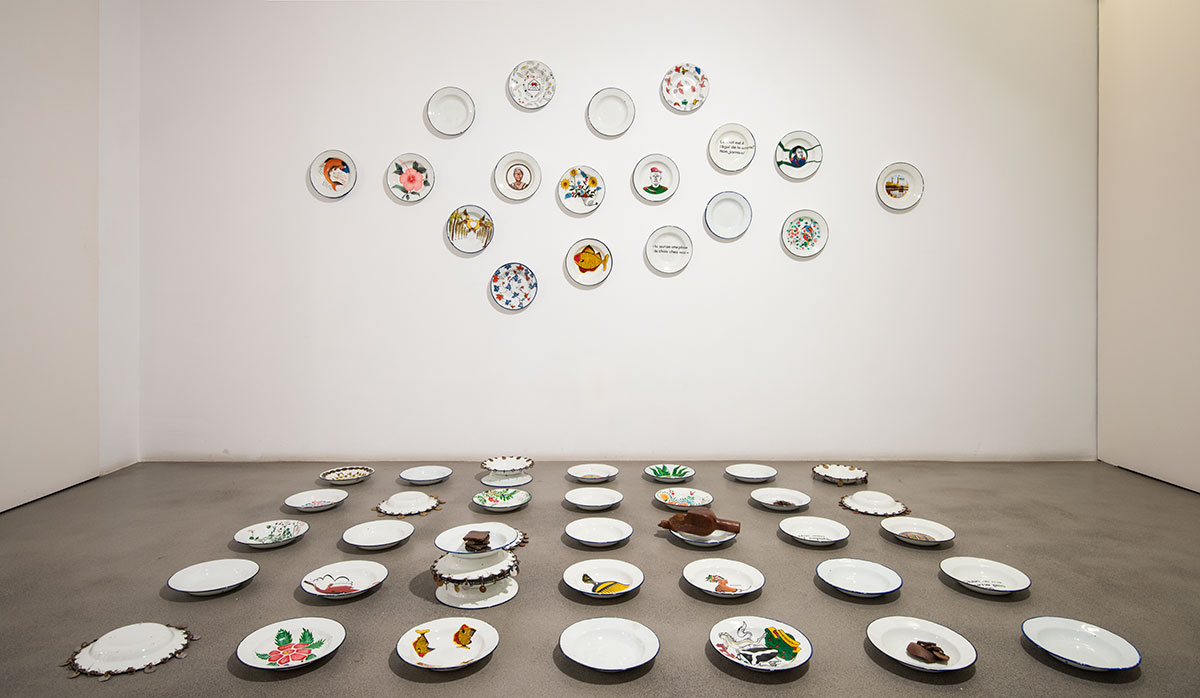 Sabrina Amrani is pleased to present L’essentiel est invisible pour les yeux, the first solo show of Ishola Akpo at the gallery. The exhibition explores the dowry, an ancestral and secular practice, implicit in many traditional and contemporary societies. Beyond the customary ceremony of offering presents to the bride, the dowry is a symbolic gesture: sealing the union of the spouses and their families.Inspired by his grandmother experience, Ishola Akpo explores this social practice as an intangible cultural heritage. The show includes two series of photographs: L’essentiel est invisible pour les yeux and Les mariés de notre époque. The first series depicts the gifts received by the artist’s grandmother, fragments of her dowry as a testimony of an era ; while the latter series is a forward-looking reflection on the dowry in today’s world: from its reappropriation by young Africans to the social changes related to it, especially in regards to Women status. Ishola Akpo uses both items collected in the field and commissioned objects to local craftsmen among the Yoruba peoples of Benin and Nigeria. These contrived images — at the boundary between tokens and artifice — are a way for the artist to question appearances and invite the viewers to consider a fresh perspective on modern-day Africa. Akpo also presents his last sculptural works: Erou Kékéré ("Little dowry") an installation of 80 enamelled metal plates that echoes to the 80 years during which Akpo’s grandmother treasured her dowry’s objects. Each plate presents a fact, an emblematic construct or personality of the African continent. Some plates are featured with coins, marked with the portrait of the General Murtala Ramat Mohammed, or with the representation of the eponymous airport of Ikeja in the State of Lagos. Some others, devoid of patterns, open the possibility for visitors to draw their own imaginary dowry. To complete the exhibition, Akpo presents 4 clay works shaped as the famous Dutch Royal Stork gin bottles. Omnipresent in Benin’s customary rites and practices, they are commonly used during prayers to the gods and ancestors to ensure their blessings and protection. Akpo acknowledges the introduction -and then the appropriation- of European imported objects linked to colonization, as wax textiles, gin, or trunks. Oscillating between personal and collective memory, Akpo’s practice raises questions, and safeguards this custom and heritage. It documents the dowry in both its material and immaterial dimensions, in order to better grasp what is essential but invisible to the eyes.