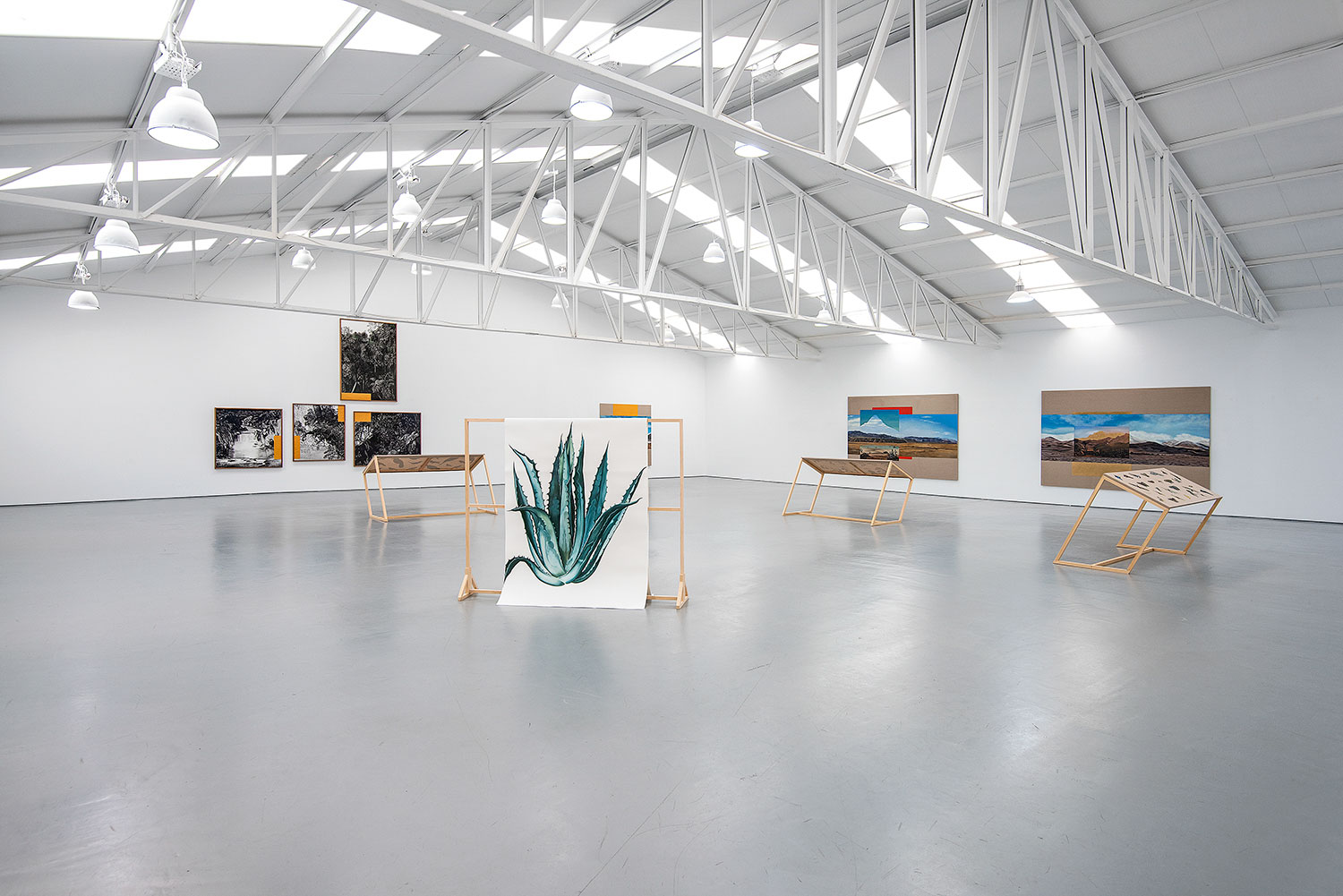 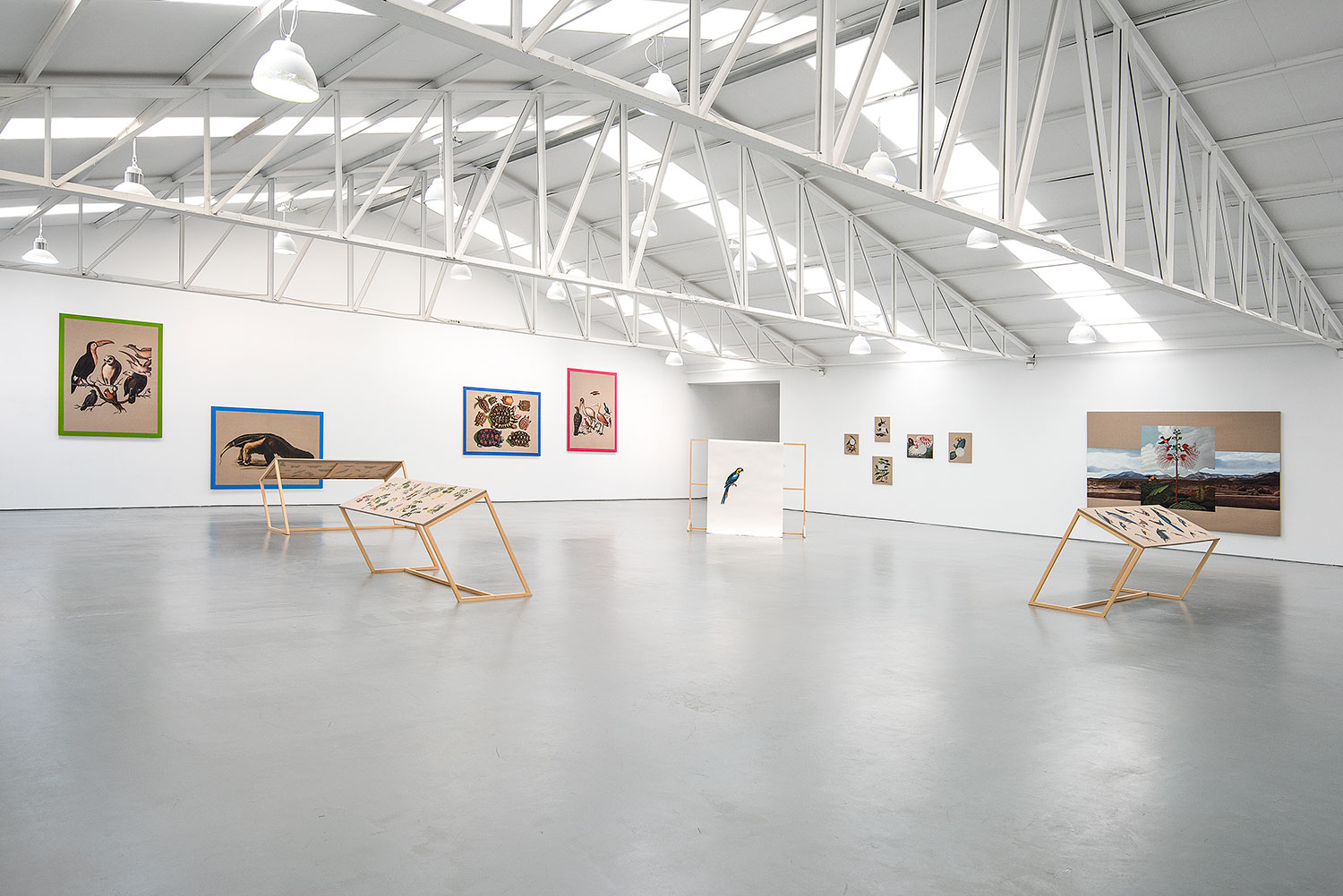 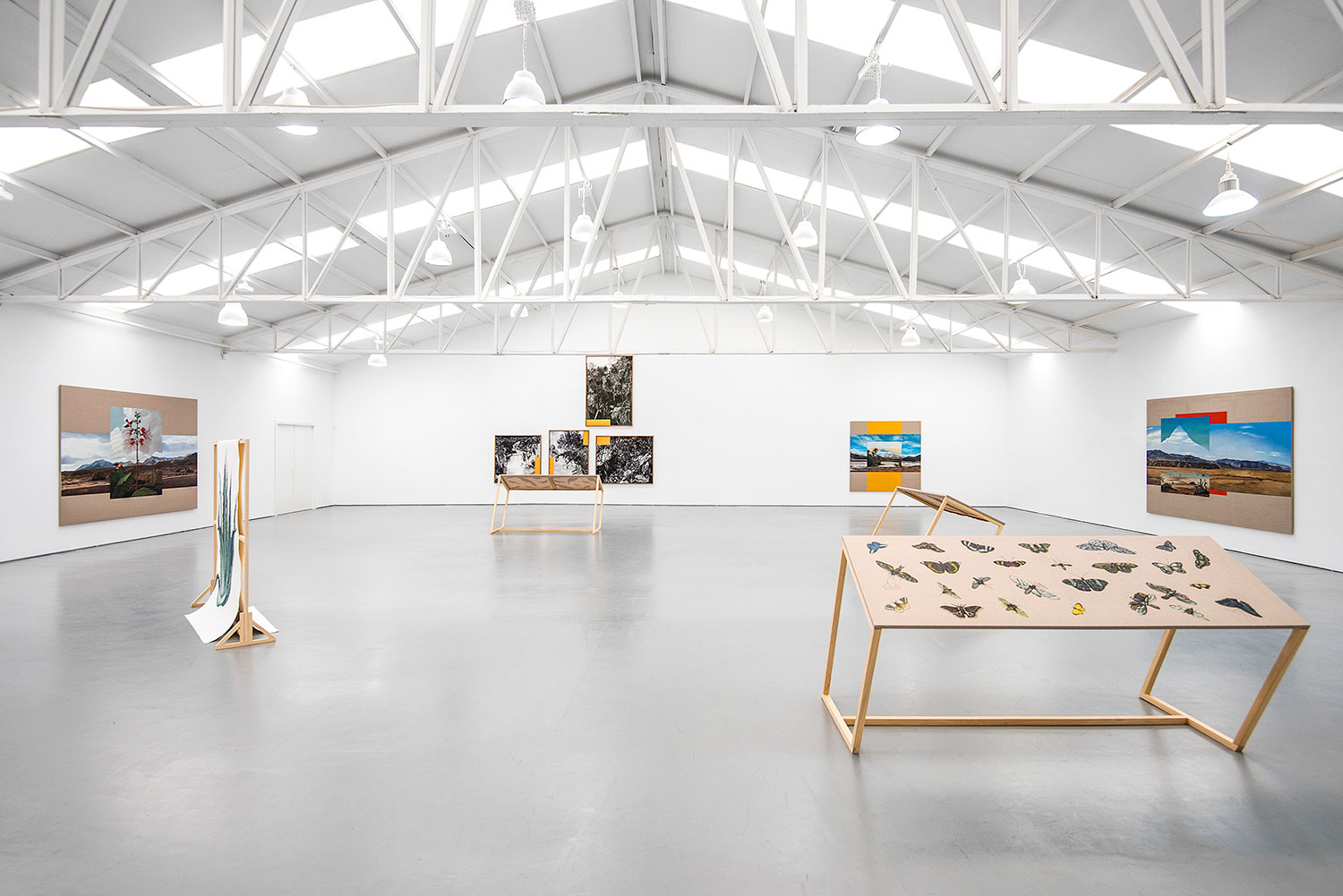 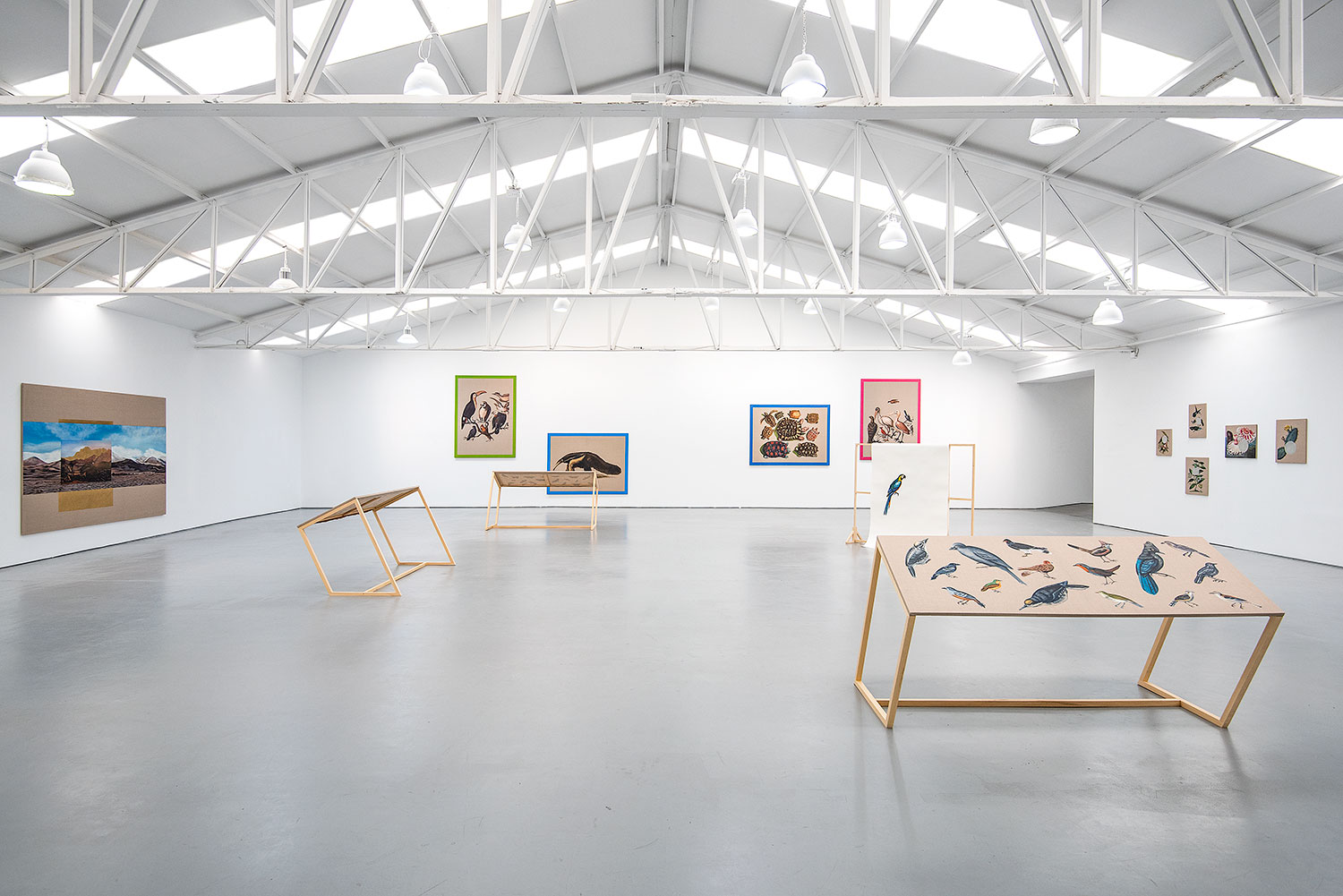 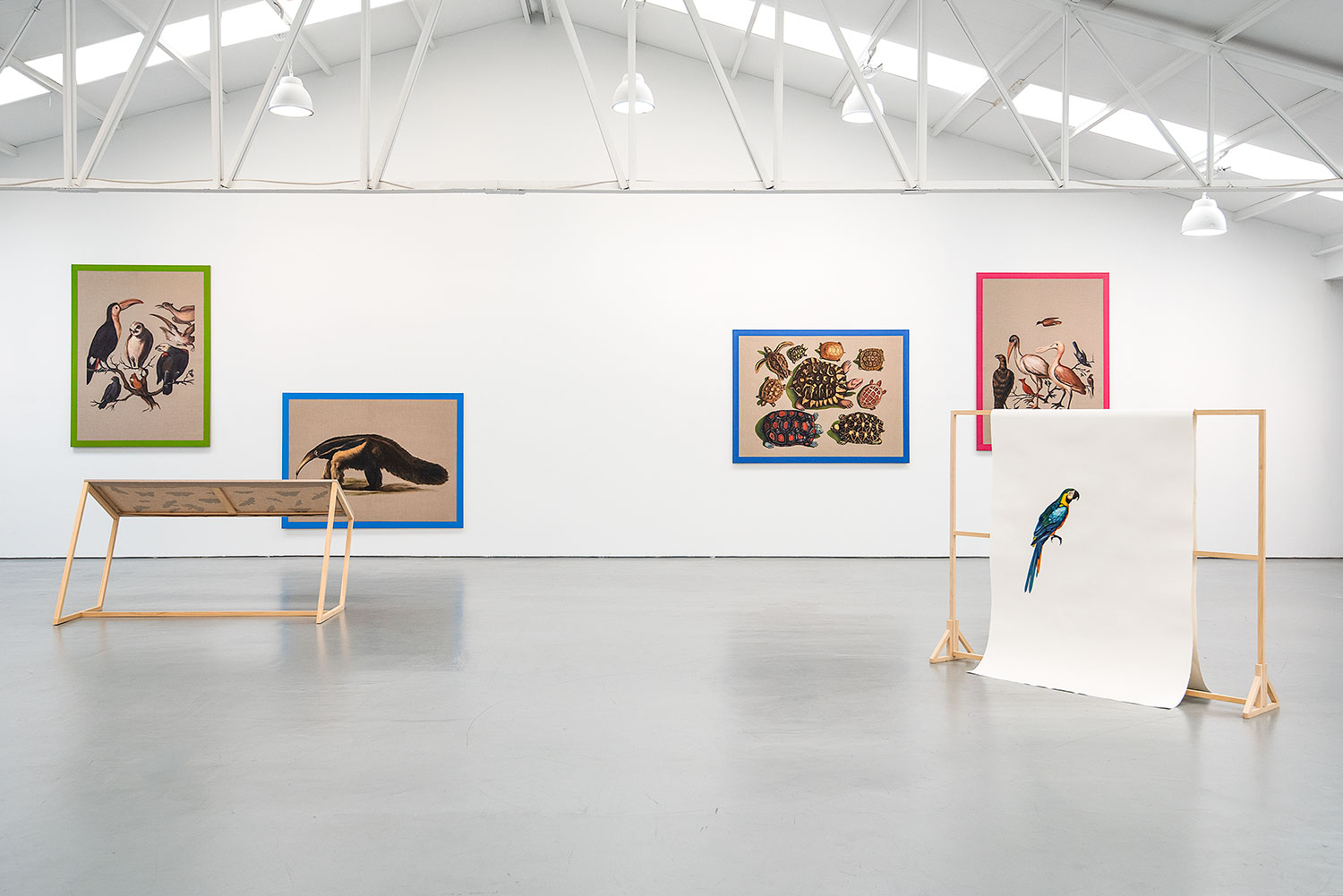 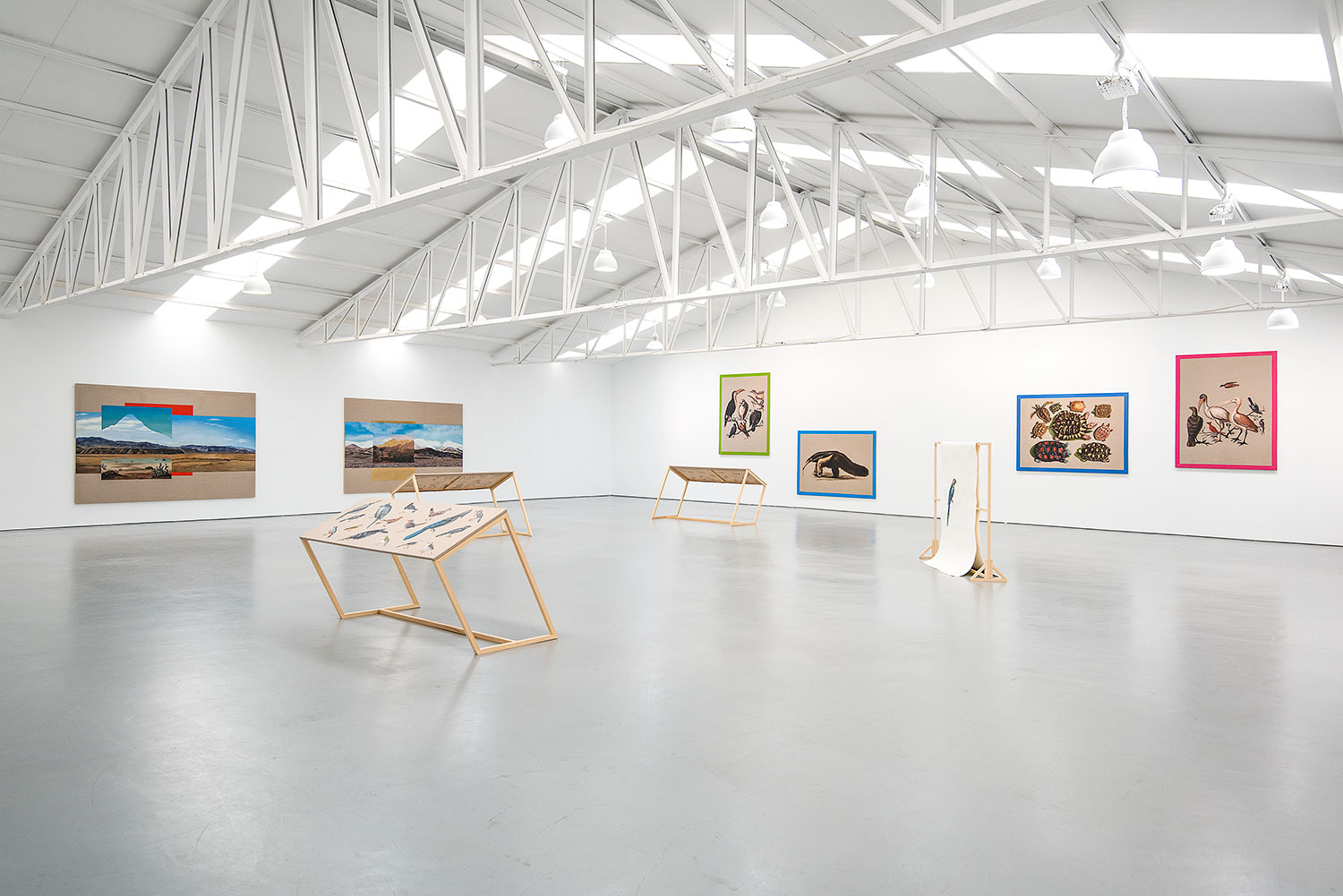 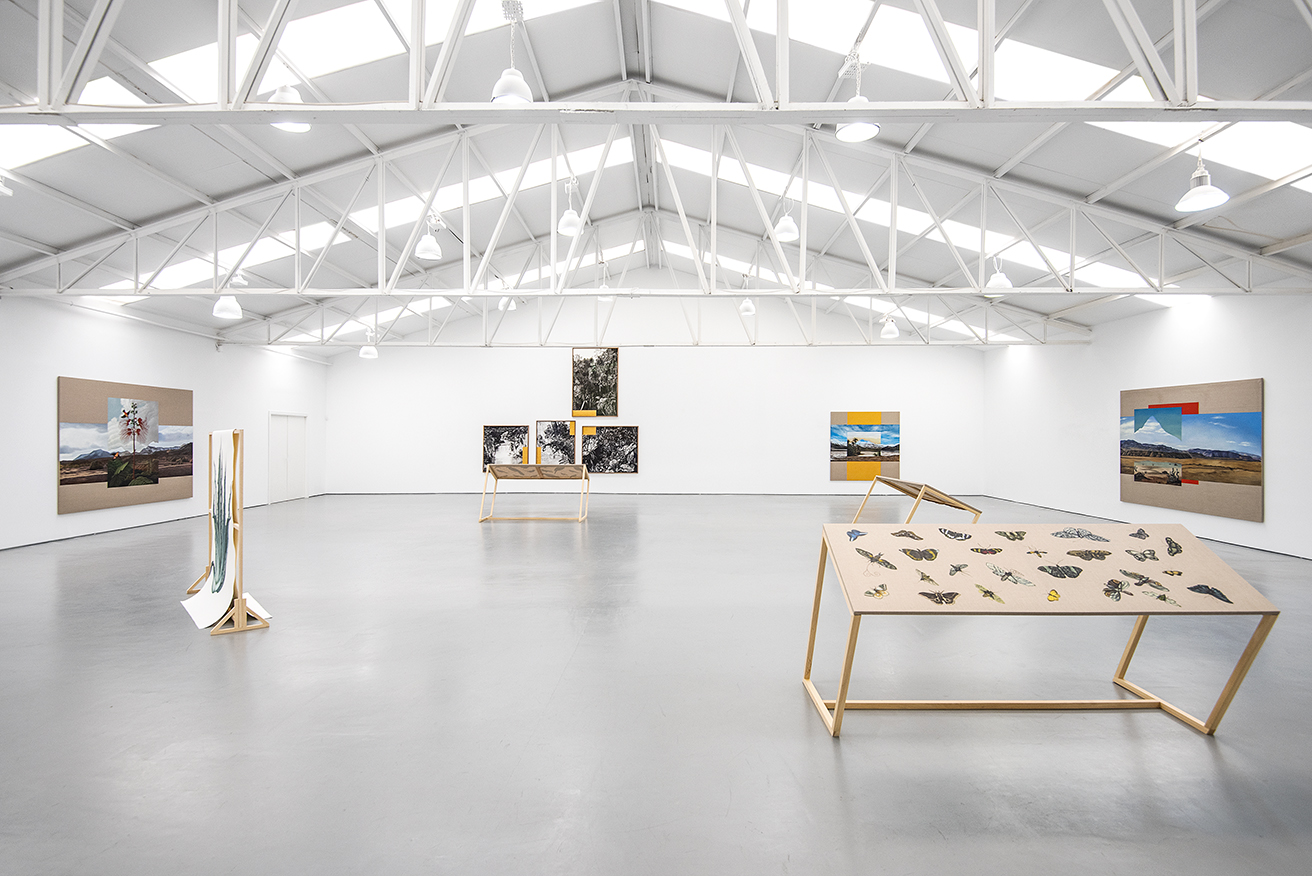 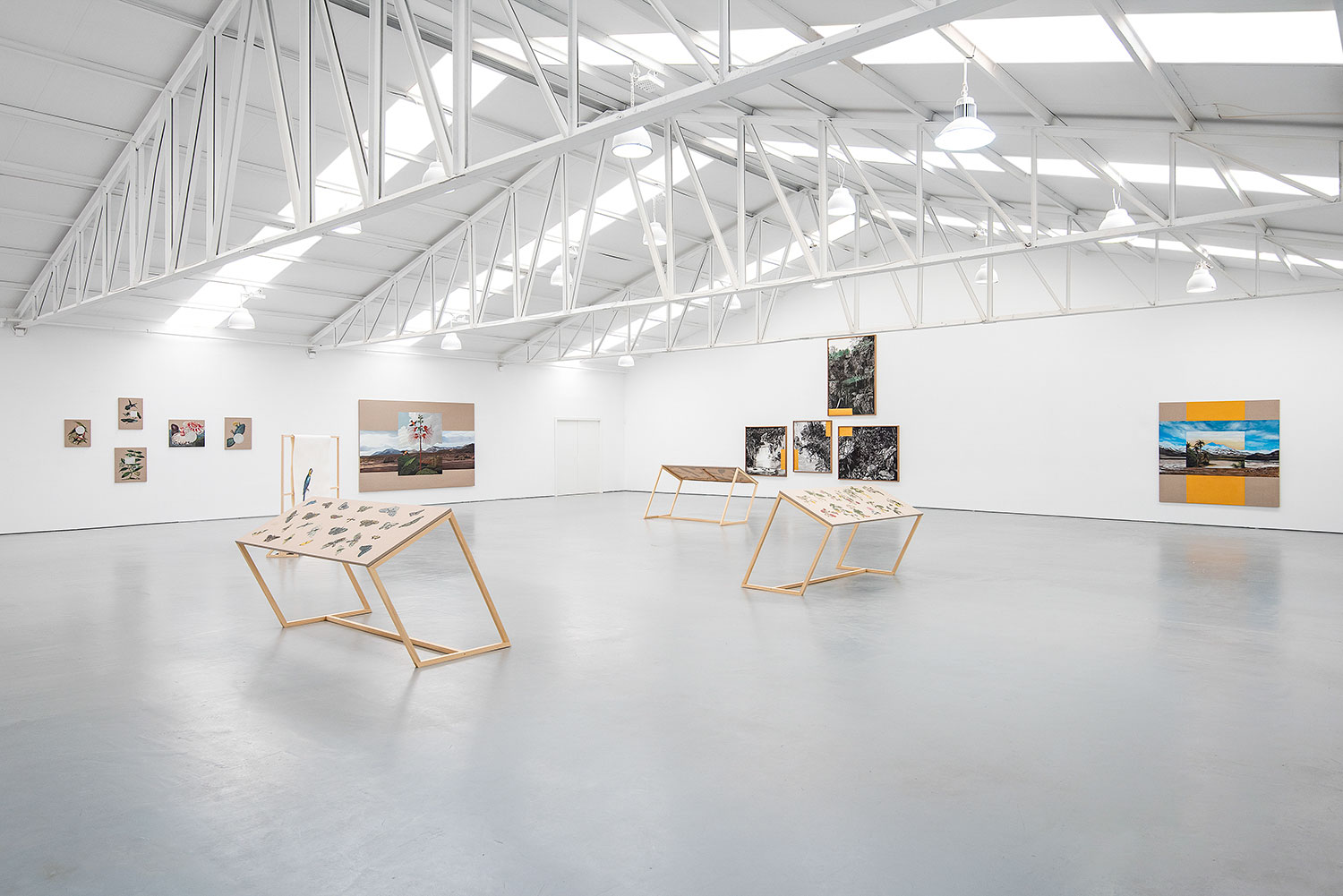 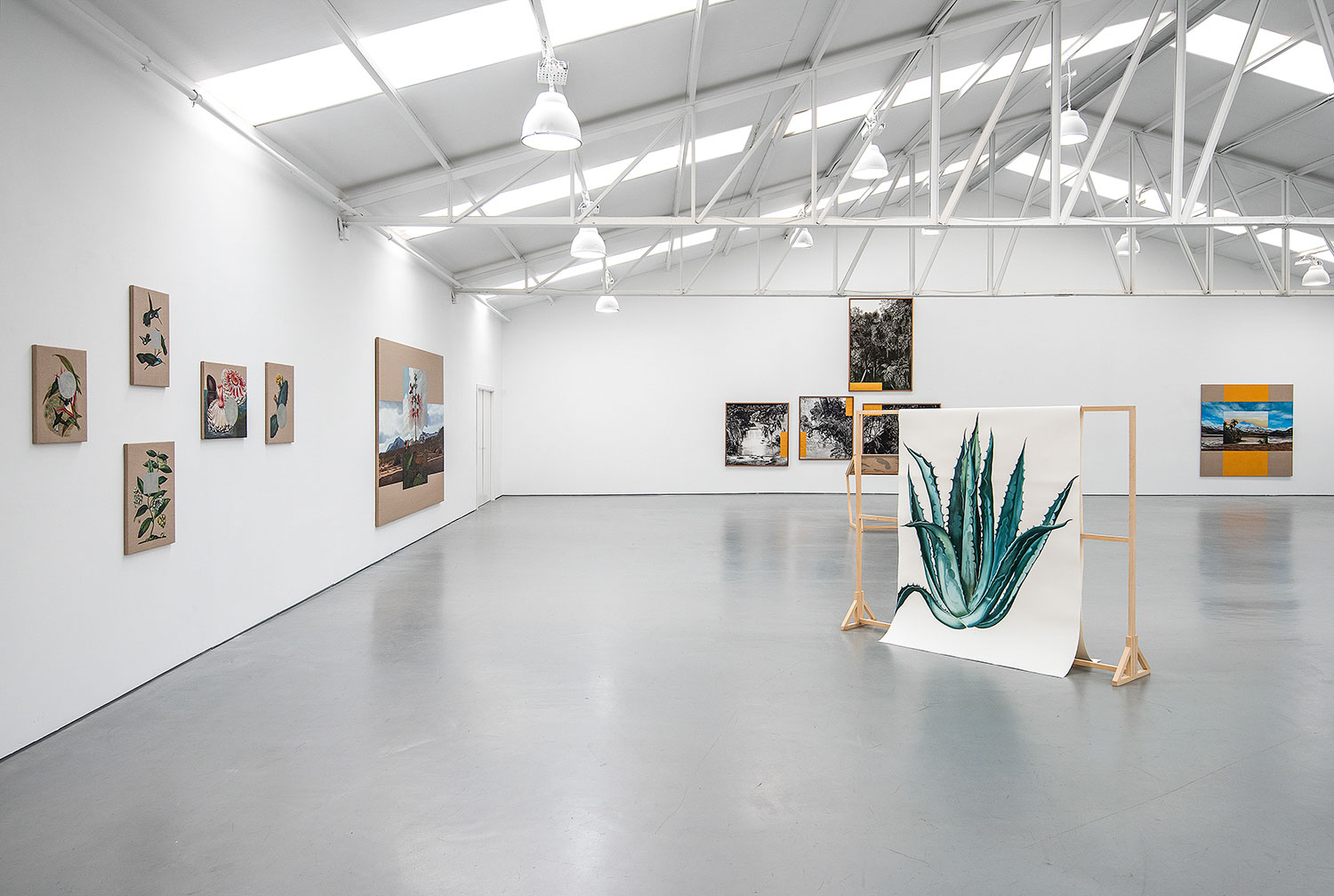 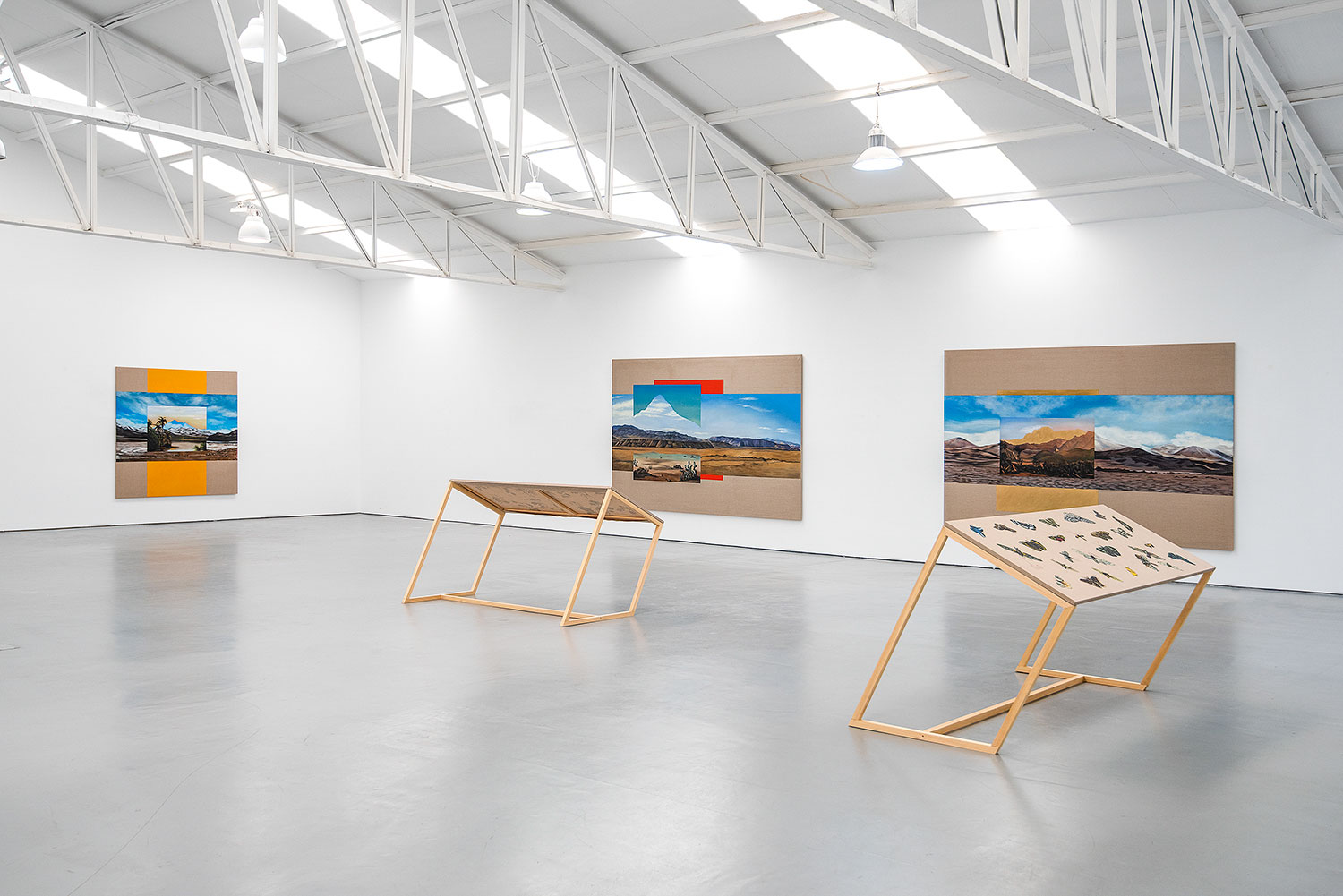 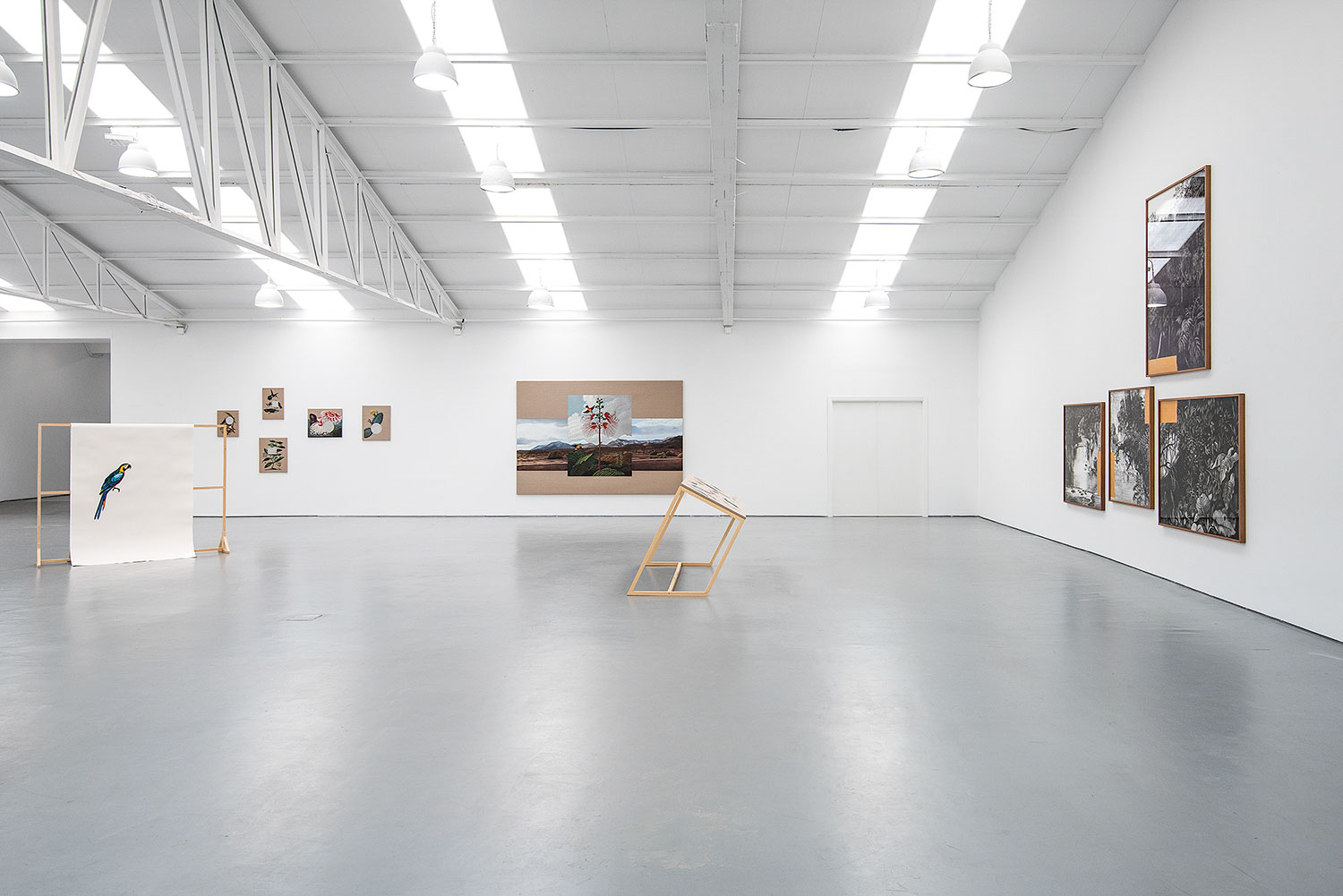 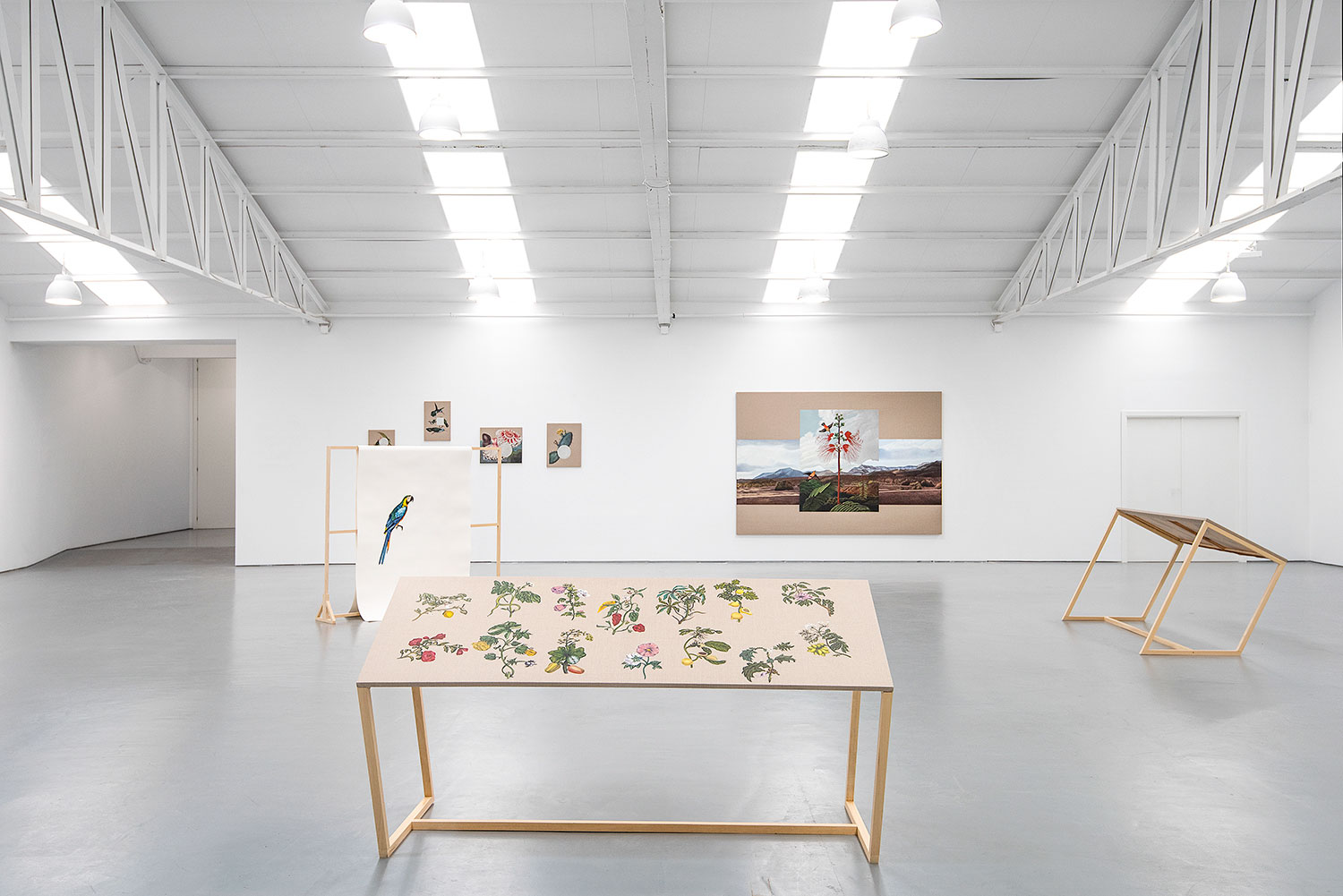 The origins of capitalism in Latin America are directly linked to European colonialism in the region. This colonialism has taken on many forms, ranging from the 16th-century botanical expeditions in the Caribbean to the mining industry found in present-day Bolivia. They are comparable because both represent a monopolizing and usurious zeal sustained by a history of violence, resulting in the decimation of natural resources of the area. Similarly, the use and abuse of human beings, practices deeply rooted in slavery and trade of Africans and local people under the Viceroyalty of New Spain, reappear in the theft of babies during the dictatorships of the Southern Cone in the second half of the 20th century. Gabriela Bettini explores the historical relationship between colonialism and neoliberalism through a study of her own biography, marked by the Argentinian military dictatorship of 1976-1983. Secondary Roots represents a journey between the past and the present, between the natural environment and the body; a journey where images of the Latin American landscape and Bettini’s family memories are intertwined. Like an installation, this exhibition is envisaged as an itinerary of sorts, having two frequencies: one, the spectator’s viewing of the paintings, intimately linked to Bettini's texts; and the other, the commingling of texts and images in a booklet made especially for this exhibition.

“You are not aware of the enemy you are facing!”1

The series of large-format paintings Chuquicamata II, III and IV show the immense open-pit copper, gold and molybdenum mines located in northern Chile. The mountainous and desert landscape is fragmented by superimposed frames of colour, indicating the transformation of the local orography over the centuries. These frames function as stereoscopic views of sorts, offering the spectator a simultaneous view of the “before” and “after” of the area. The horizon line, once punctuated by majestic snow-capped peaks, is now flat and monotonous. On the land where cacti and palm trees once grew, now nothing remains but dry land. The Heart of the Andes is a reference to the famous panoramic painting of Ecuador by Frederic Edwin Church, a painter of the Hudson River School. Here, Bettini also fractures the landscape, breaking up the monumentality of Church’s work by reproducing four unique details from that exuberant Andean natural landscape in charcoal and conté on paper. Although each stands as an independent entity, Bettini's scenes are criss-crossed and closely linked together by a streak of gold, in an allusion to the exploitation of gold in colonial Quito. In both series of paintings, Bettini explores the parallels between the changing representation of Latin American nature from a European and North American perspective, and the founding of an extractivism-based economy in the region.

The plundering of precious metals and the resulting erosion of the landscape shown in these pieces reappears in Red-breasted Toucan, Mexican Hummingbirds, Family of Hummingbirds, Prickly Pear, The Great Water Lily of America, and Passiflora. Inspired by the meticulously rendered botanical drawings of the continent's native animal and plant species often used in scientific texts, these oil paintings on linen are meditations on the loss of biodiversity in Latin America. Birds (hummingbirds, toucans) and plants (water lilies, cacti, passion flowers) are typical of the tropical climates painted by Bettini. Semi-hidden, perhaps camouflaged, they are deliberately cancelled out by geometric silver streaks, a reference to the historical extraction of this mineral. These square and circular forms call to mind the various methods of censorship and technologies of representation, ranging from the black squares used for censoring naked bodies in the media to the telescopic cross-hairs used in military weaponry. Yet these metallic blocks also threaten with their potential for absence and the risk of disappearance.

“In 1977, my family escaped from the Argentinian dictatorship, embarking on a journey that took them first to Montevideo, then Rio de Janeiro and finally Madrid. [...] I was stateless until 1983.”

His Majesty's Giant Anteater pays tribute to the giant anteater that survived an 80-day journey by ship and 30 days by carriage from her native Buenos Aires to Madrid in the time of King Charles III of Spain. Once there, she was painted by Francisco de Goya, kept in the Casa de Fieras del Jardín (“House of Beasts”) of the Retiro Park and finally exhibited in the Royal Gallery of Natural History after her death, seven months after arriving in Spain.[2] Sample of American Birds I and II, and Large and Small Turtles from America, pay homage to other animals that were also taken from their native habitats in the name of European zoology. Originally painted as objects of study by North Atlantic artists, they are representative of that impulse to document and classify, and thus dominate the natural world of the Americas. Bettini frames the representations of these birds and reptiles with strips of vibrant colours (pink, green, blue), extolling them as individuals worthy of being remembered. In Collection of Butterflies and Herbario, dozens of specimens of fauna and flora appear on a background of raw, unpainted linen. Devoid of any vestige or information alluding to their environment, they are displaced from their natural habitat. Like the complimentary images of a thaumatrope, Agave / Guacamayo consists of a large piece of paper stretched onto a frame with a succulent plant featured on one side, and a bird with colourful plumage on the other. Although in this piece they are intimately connected, they sit back-to-back to each other; unable to reunite and return to their natural arrangement: a macaw perched on an agave.

In Secondary Roots, Gabriela Bettini reflects on the relationship between colonialism and neoliberalism in Latin America and explores the role of the technologies of looking and of representation; in so doing, the personal and the social become indistinguishable. Using similar tools (documentation, investigation, identification, and resignification), Bettini has conducted a study of violence that runs parallel to her search for identity as the daughter of Argentinian exiles whose family is marked by the loss of numerous disappeared persons. She shows how, over the last few centuries, the natural resources of Latin America have been sacrificed in the name of capitalism, as have people. Persecuted by the Argentinian military dictatorship, Bettini and her family suffered a fate similar to that of the insects, birds and mammals, flowers, trees, and mountains that populate her work: a story of plunder and extermination, uprooting and itinerancy. Bettini's images and words, her paintings and texts, invite us to understand that if art is capable of altering our interpretation of reality, it can also change history.