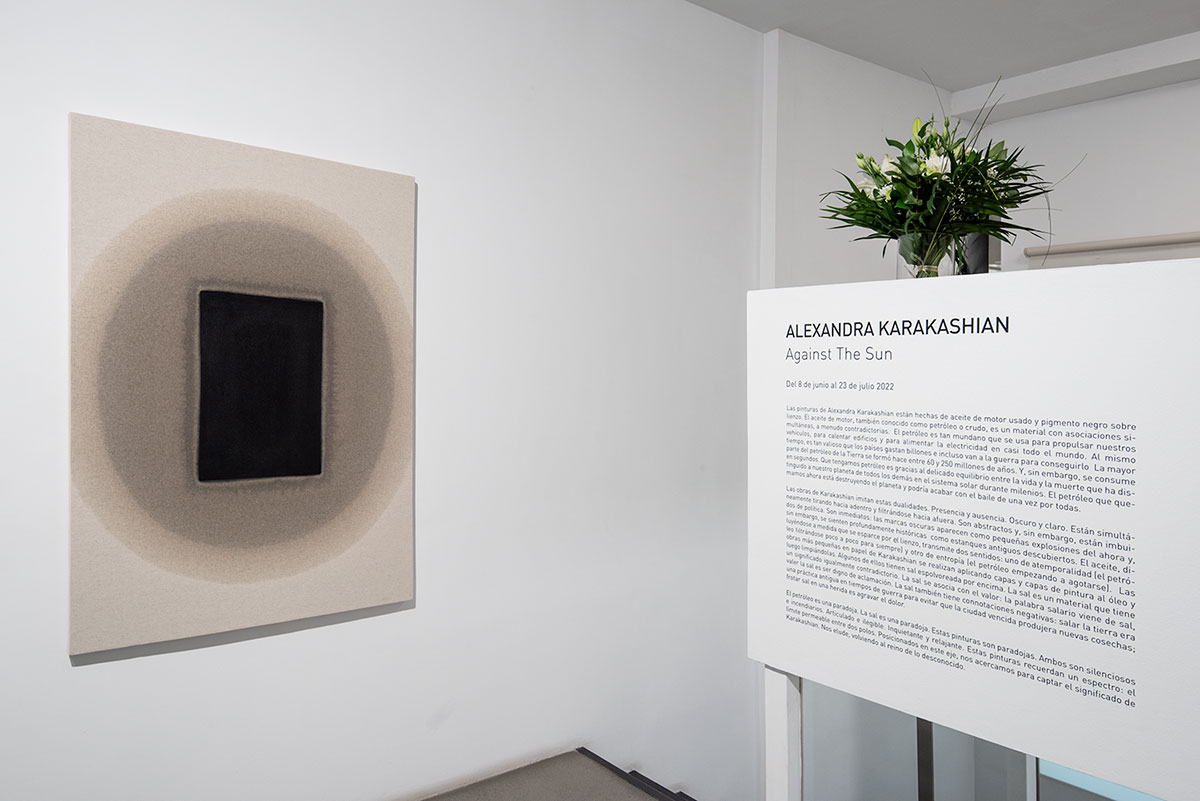 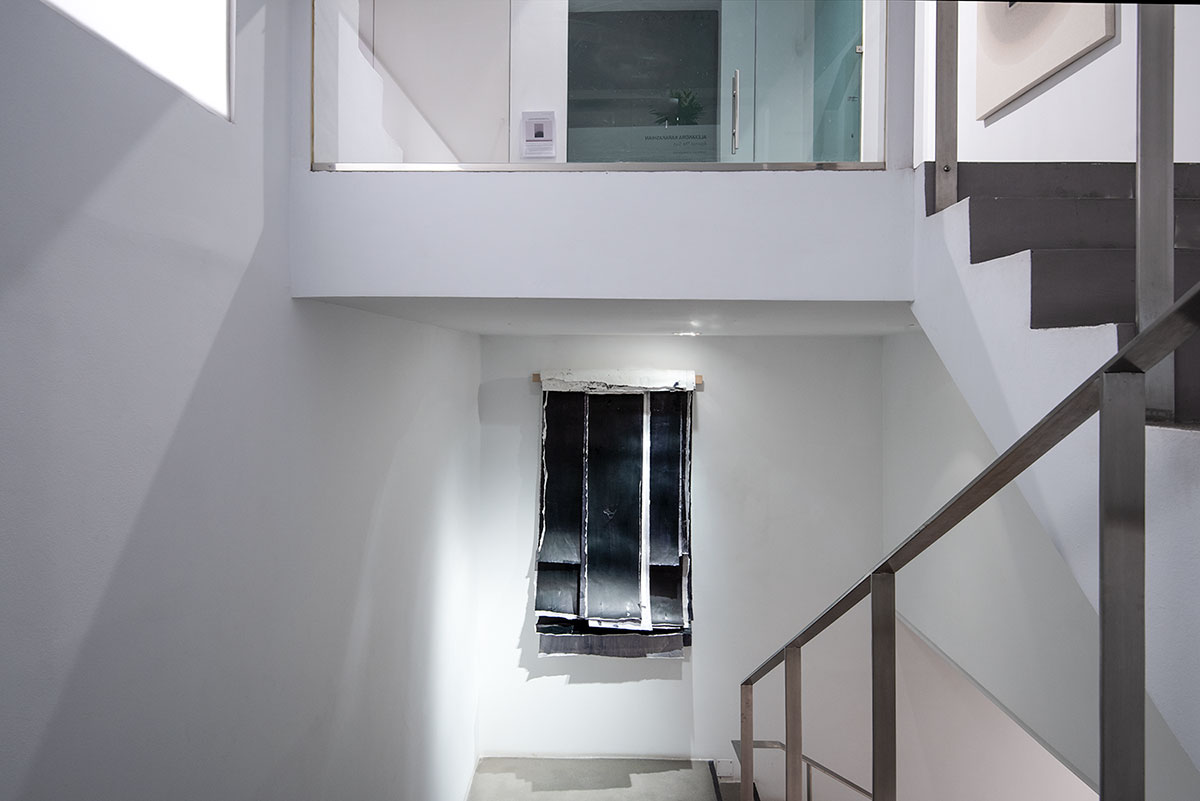 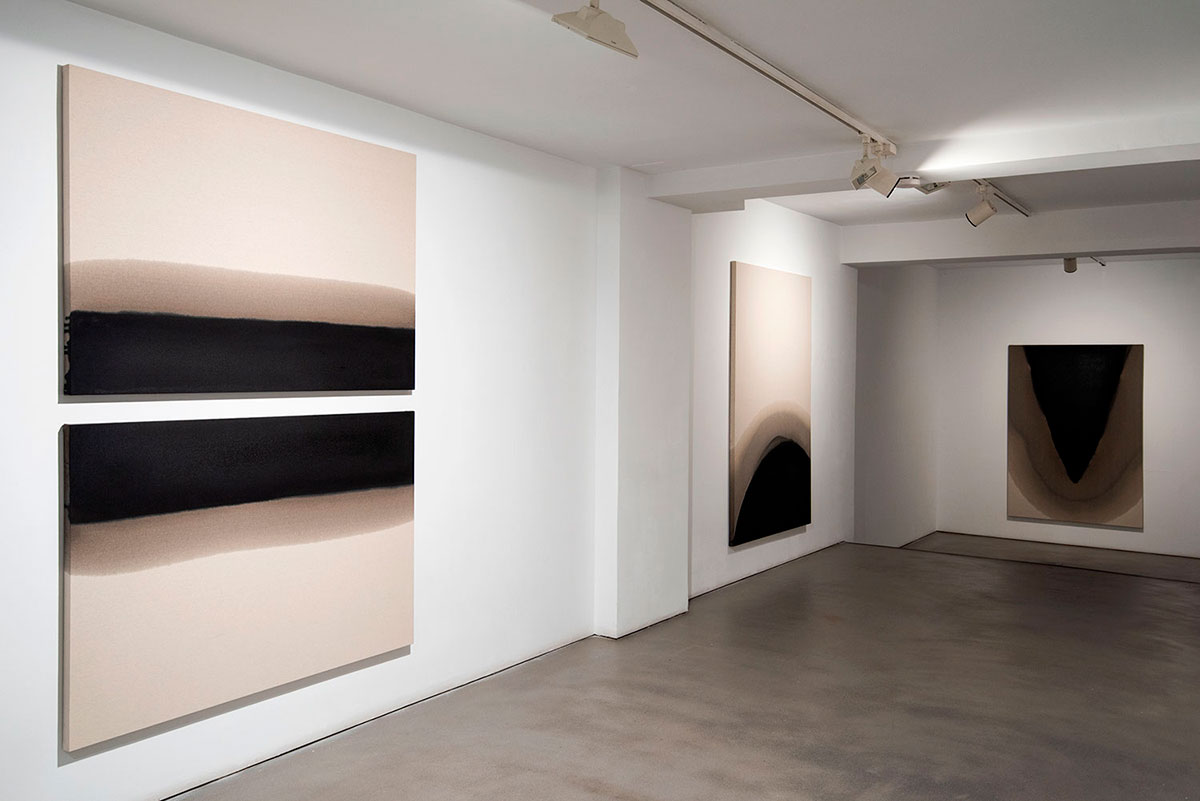 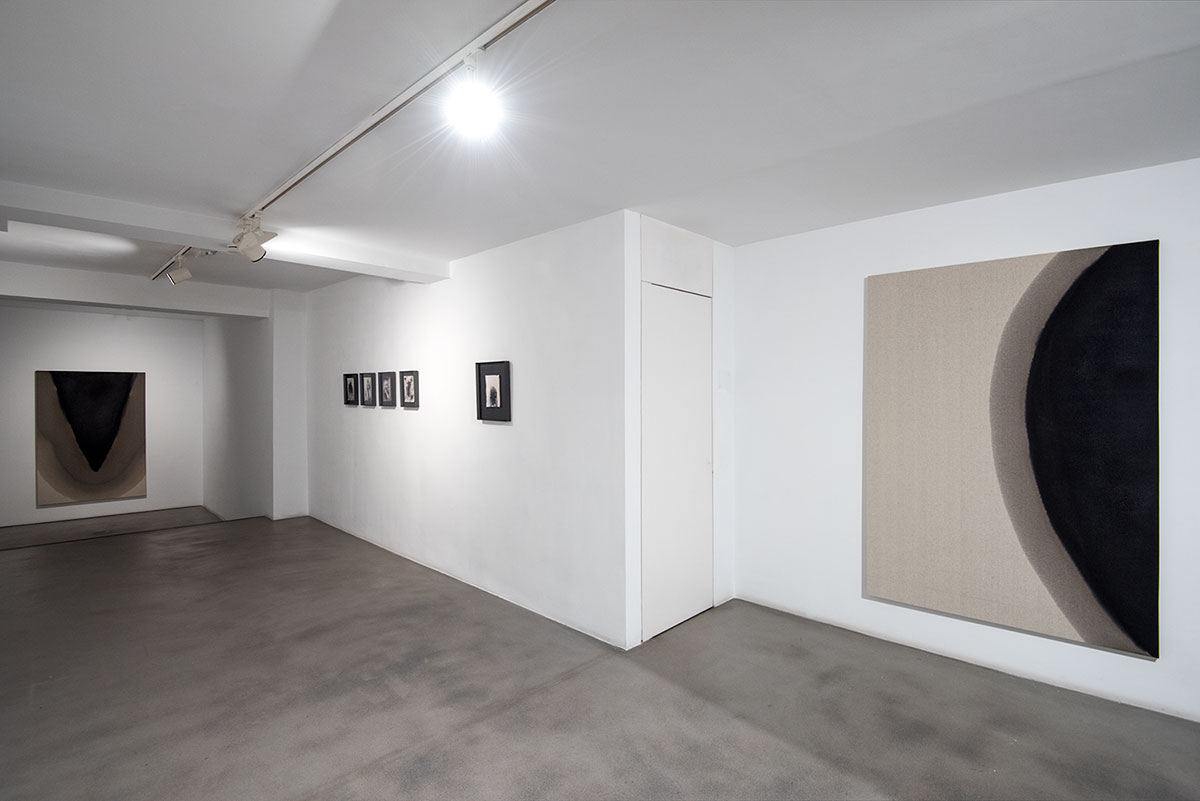 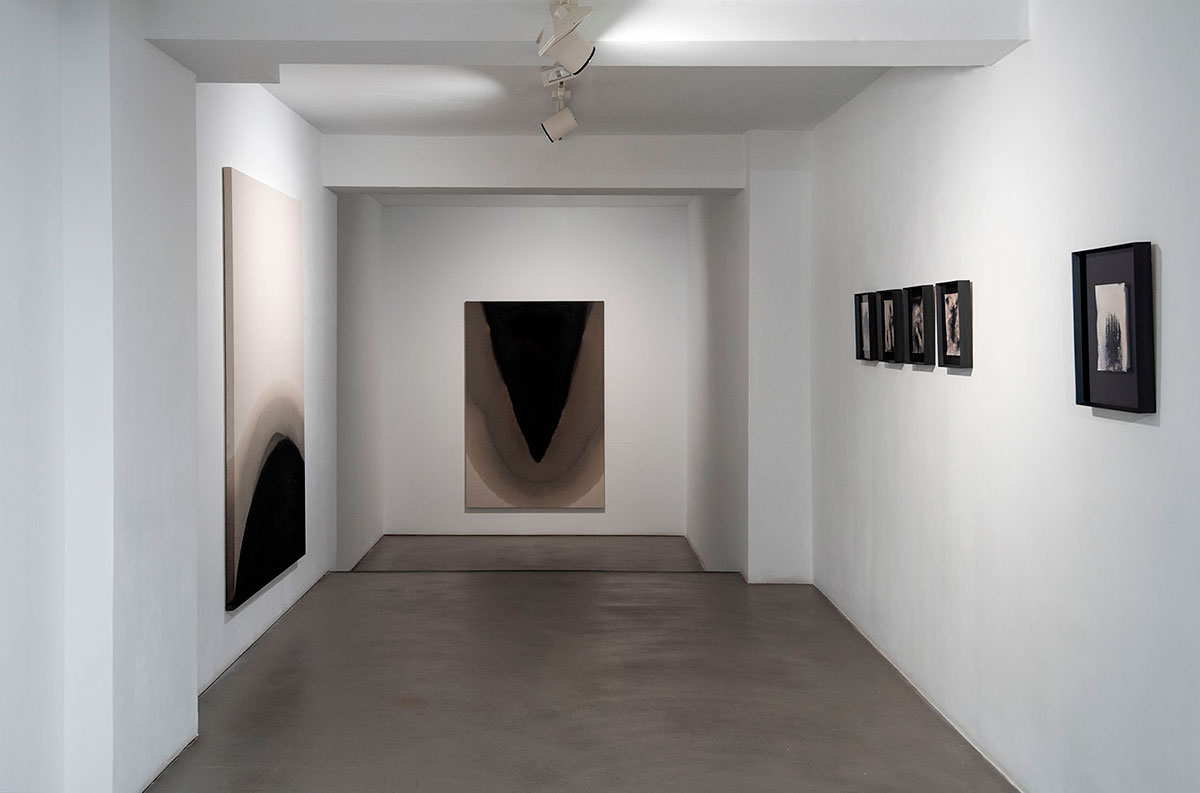 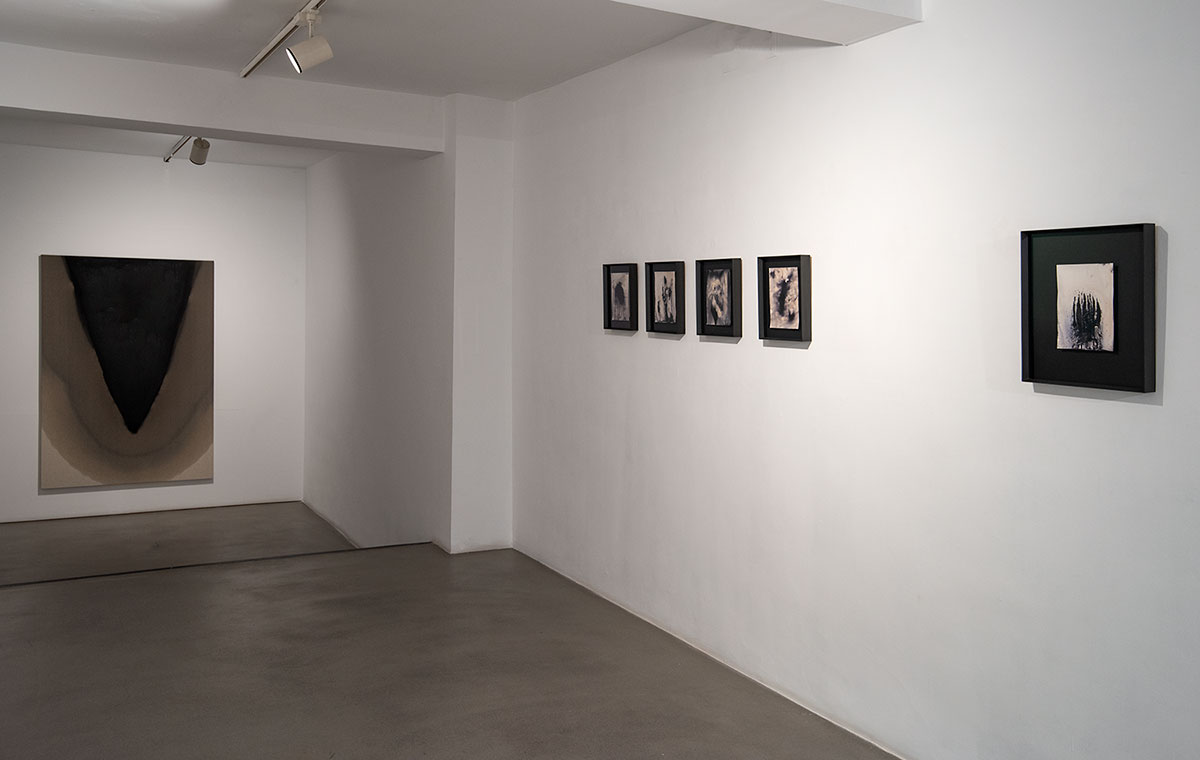 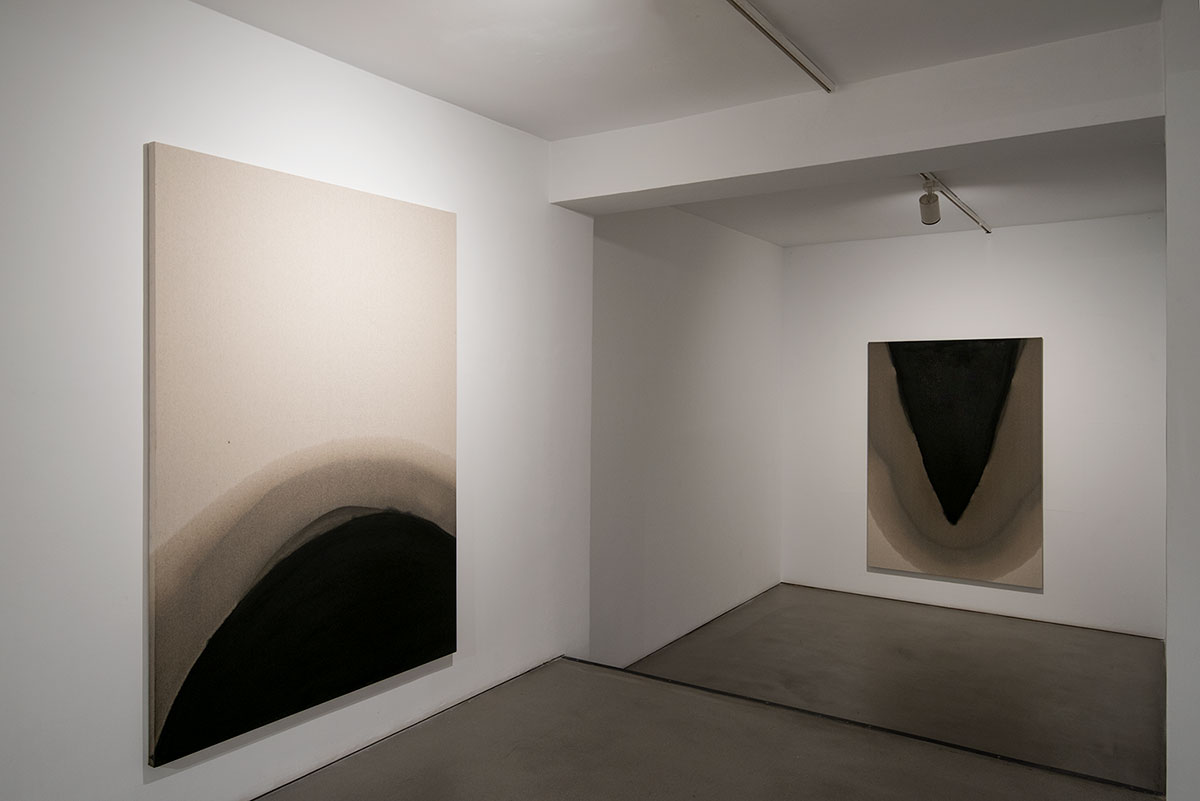 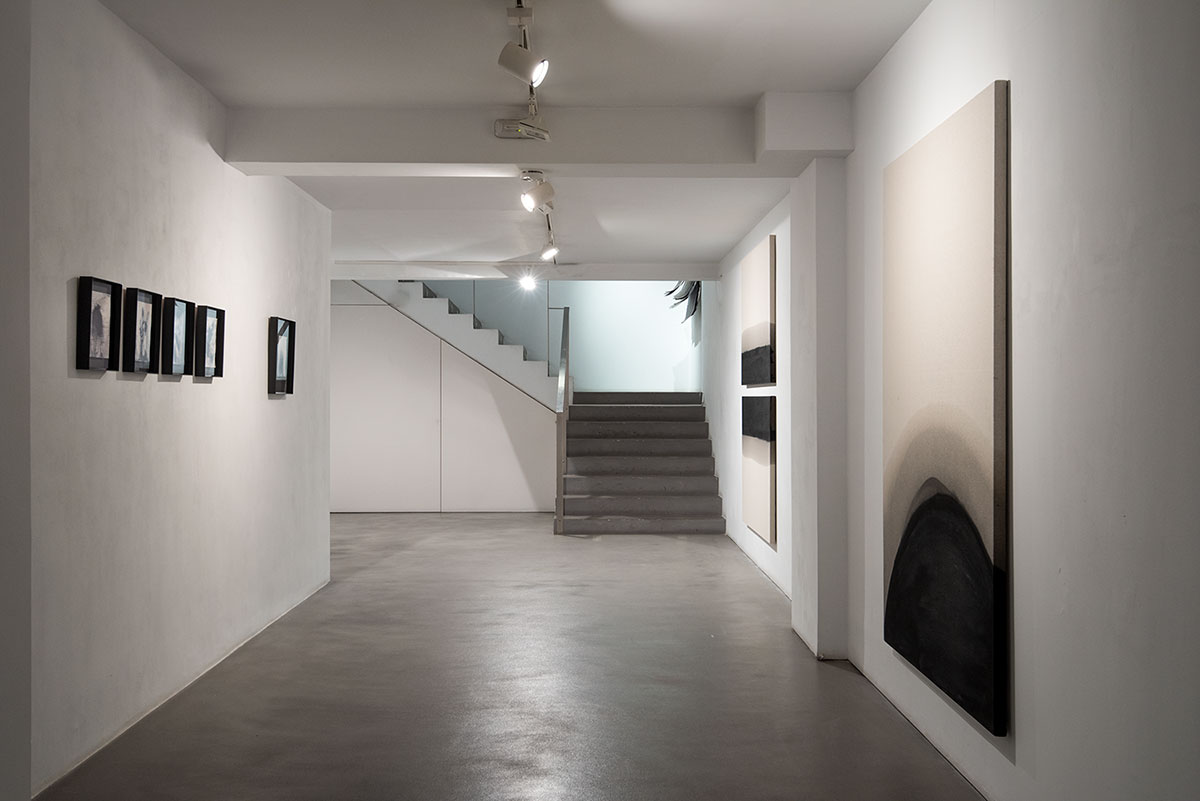 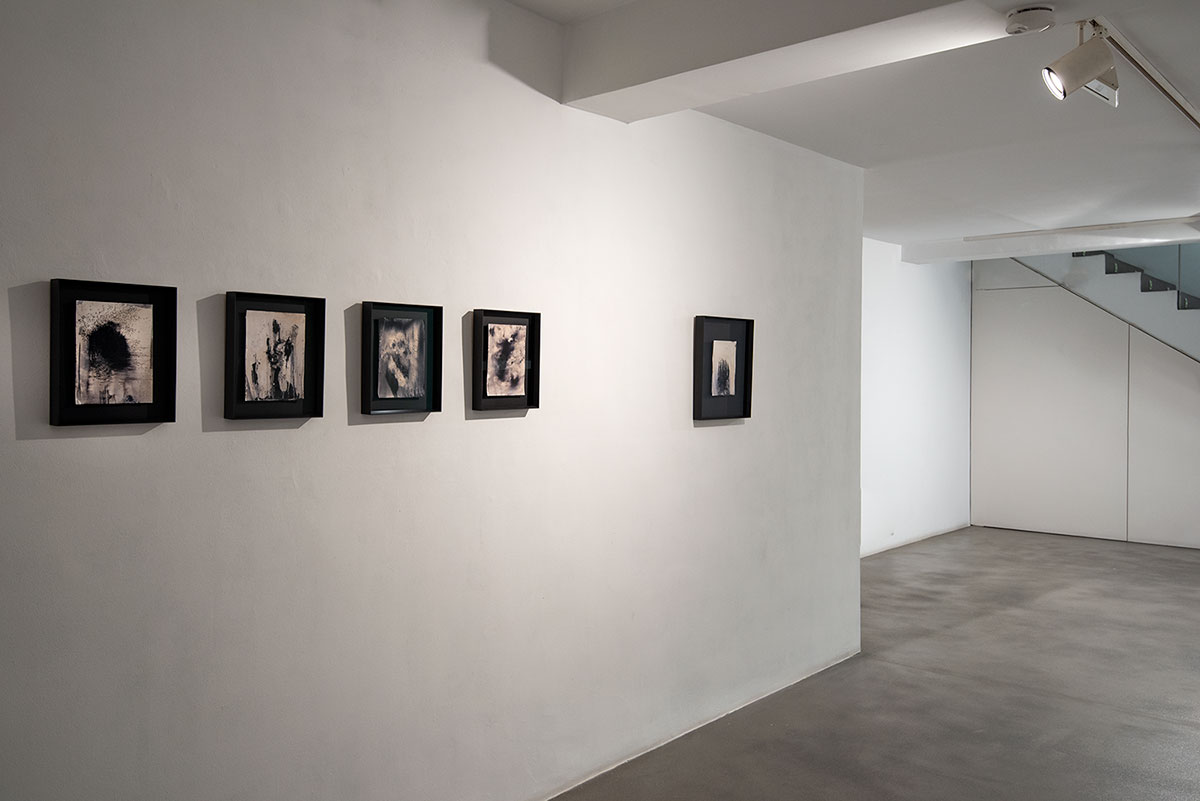 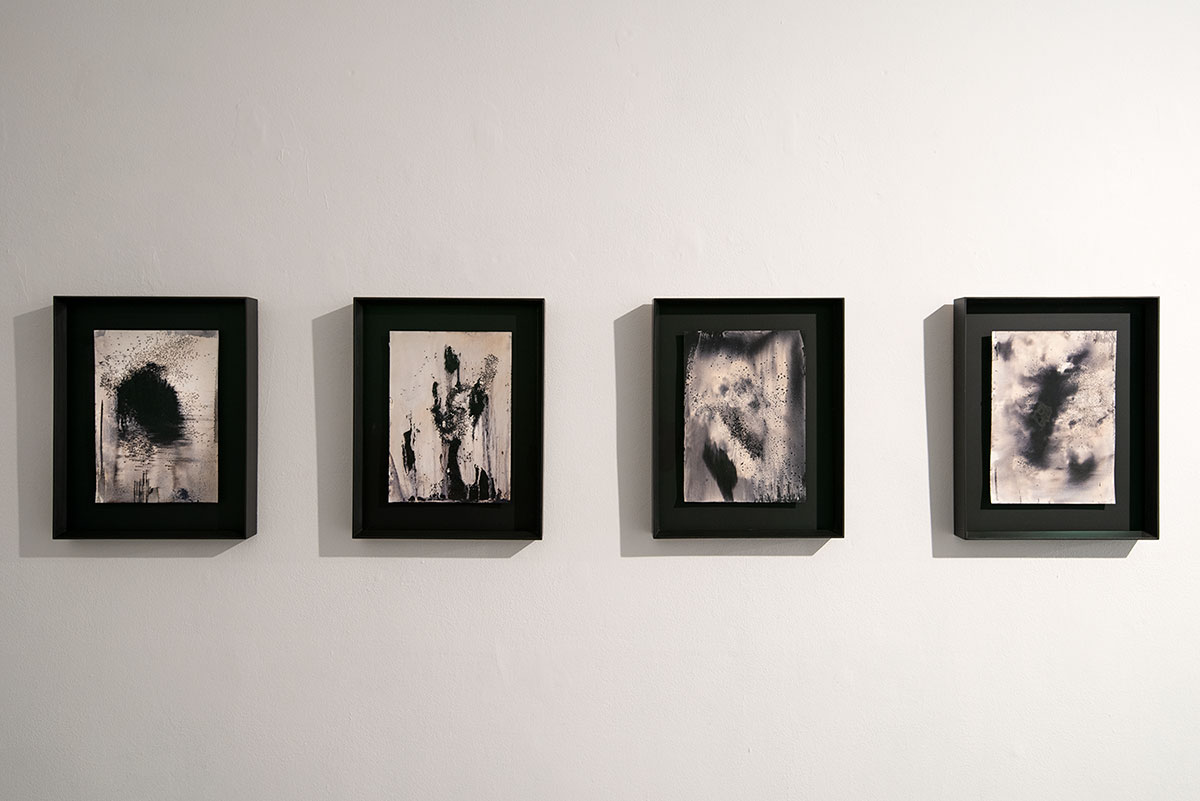 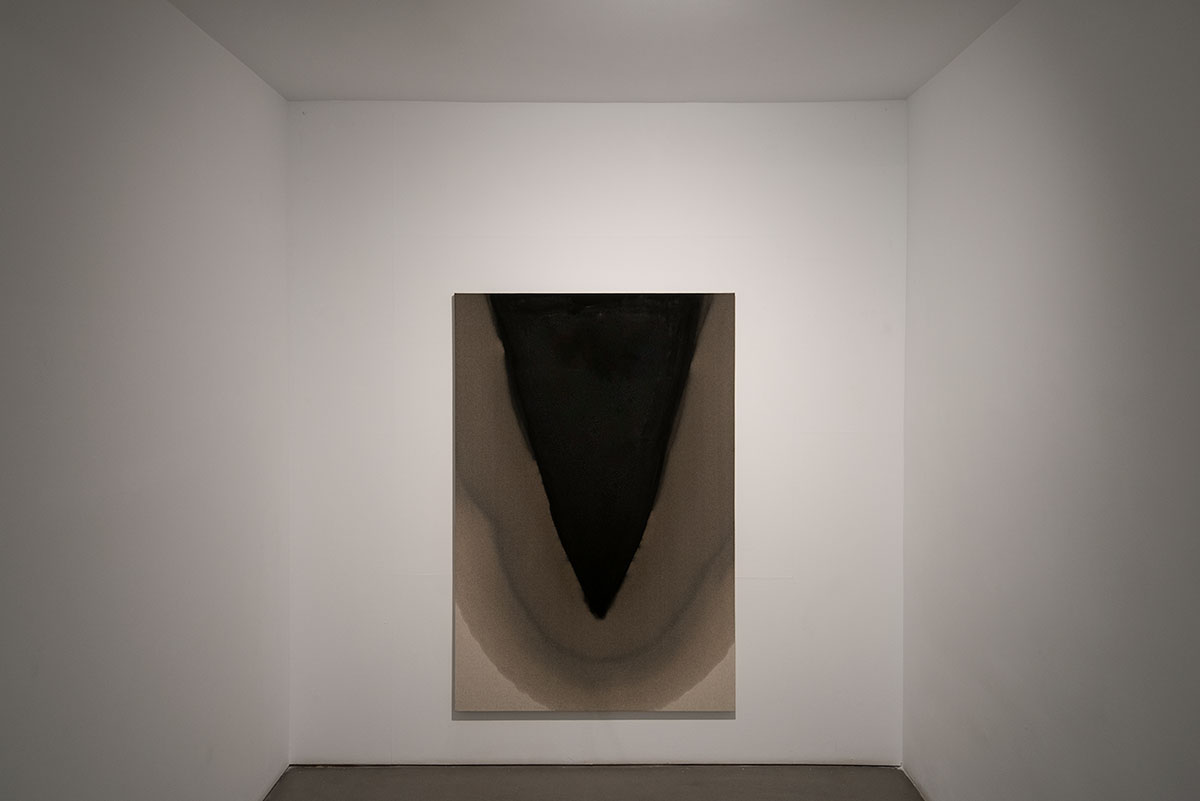 Sabrina Amrani is delighted to present Against the Sun, the second solo show of Alexandra Karakashian at the gallery.


Alexandra Karakashian’s paintings are made from used engine oil and black pigment on canvas. Engine oil – also known as petroleum, or crude oil – is a material with simultaneous, often contradictory associations.

Oil is so mundane that it is used to propel our vehicles, to heat buildings, and to fuel electricity almost everywhere in the world. At the same time, it is so valuable that countries spend trillions and even go to war to get it. Most of the oil on earth was formed between 60 million and 250 million years ago. And yet, it is consumed in seconds. That we have oil at all is thanks to the delicate balance between life and death that has distinguished our planet from all others in the solar system for millenia. The oil we burn now is destroying the planet and could potentially end the dance once and for all.

Karakashian’s paintings mimic these dualities. Presence and absence. Dark and light. They are simultaneously pulling inwards and seeping out. They are abstract and yet imbued with politics. They are immediate – the dark marks appear as little blasts of now – and yet they feel deeply historical, like ancient pools unearthed. The oil, diluting as it spreads across the canvas, conveys two senses: one of timelessness (the oil seeping bit by bit forever) and one of entropy (the oil starting to run out).

Karakashian’s smaller works on paper are made by applying layers and layers of oil paint and then wiping them off. Some of them have salt sprinkled on top. Salt is a material that is similarly contradictory in meaning. Evidence of this can be found throughout the English language. Salt is associated with value: the word salary comes from salt, to be worth one’s salt is to be worthy of acclaim. Salt also has negative connotations: salting the earth was an ancient practice in times of war to prevent the defeated city from growing new crops; to rub salt on a wound is to aggravate pain.

Oil is a paradox. Salt is a paradox. These paintings are paradoxes. They are both quiet and incendiary. Articulate and illegible. Haunting and soothing. These paintings call to mind a spectrum: the permeable boundary between two poles. Poised on this axis, we reach out to grasp Karakashian’s meaning. It eludes us, returning to the realm of the unknown.

The show as a whole recalls a ghazal. Composed of a matla (opening couplet), radif (refrain), and internal qaafia (rhyme), the ghazal is a form of poetry with origins in ancient Arabic. The ghazal tradition is marked by its simultaneity of meaning (desire’s pleasure-pain, love’s bittersweetness). It accomplishes this simultaneity through a series of lines that repeat themselves. These lines reach for meaning (in the Beloved, in God) but never find it. For the poet Sarah Ghazal Ali, the ghazal “intimates order, then shows its hand, revealing clamor, chaos, commotion.” The power of the ghazal lies not in its meaning, but in the act of reaching.

We might think of each of Karakashian’s paintings as a line. Each line is repeated but not elucidated. Consolation. Consolation. Consolation. Unearthed. Unearthed. Unearthed. Together, they form a series of rhymes and refrains. Their effect is melancholy: they reach for consolation and reveal chaos; they unearth only to find more earth. Meaning does not cohere. Instead, we are suspended in the paradox. The act of reaching is dual. We reach towards the paintings, and the paintings reach towards us. Between two acts of reaching, we touch – but cannot grasp – the unknown.