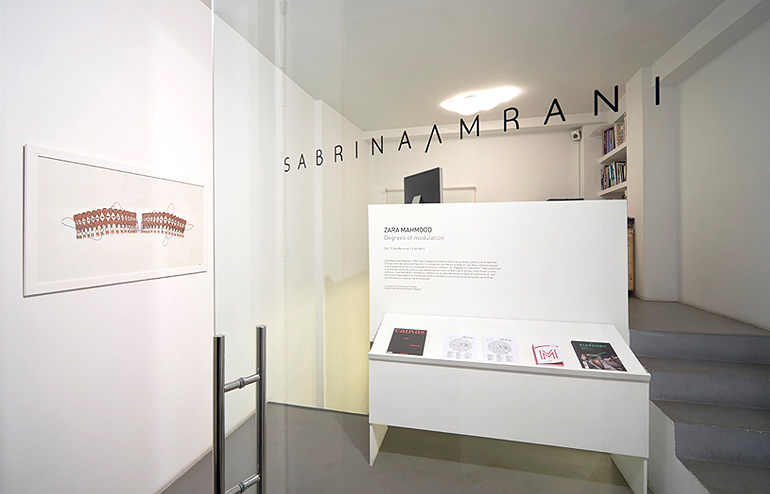 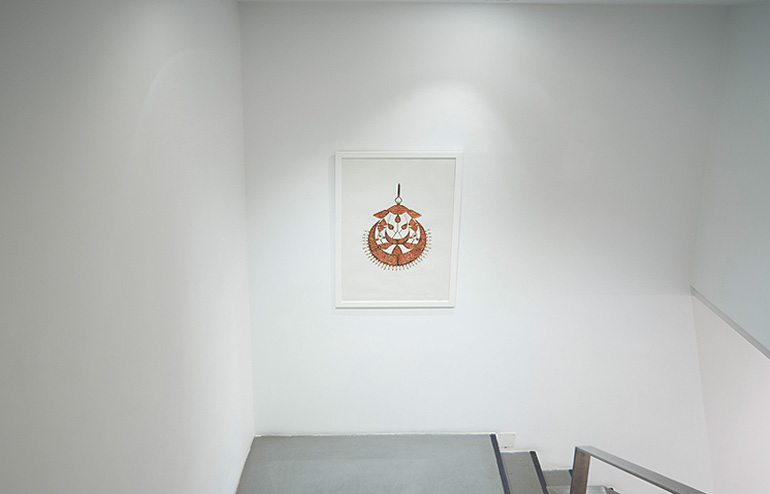 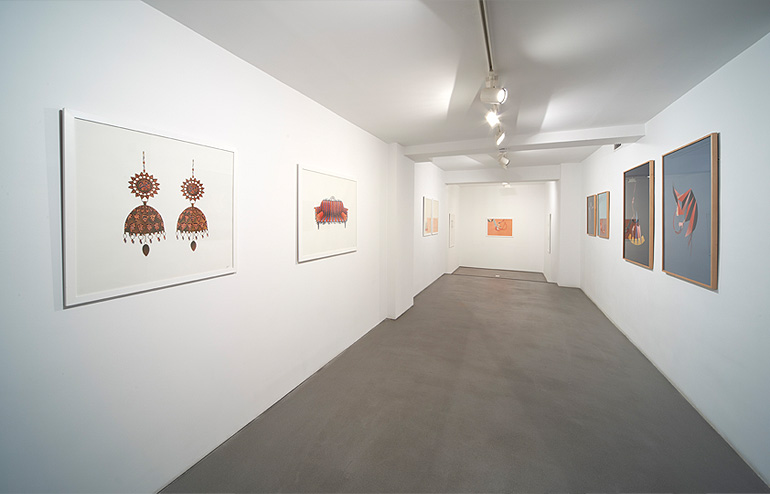 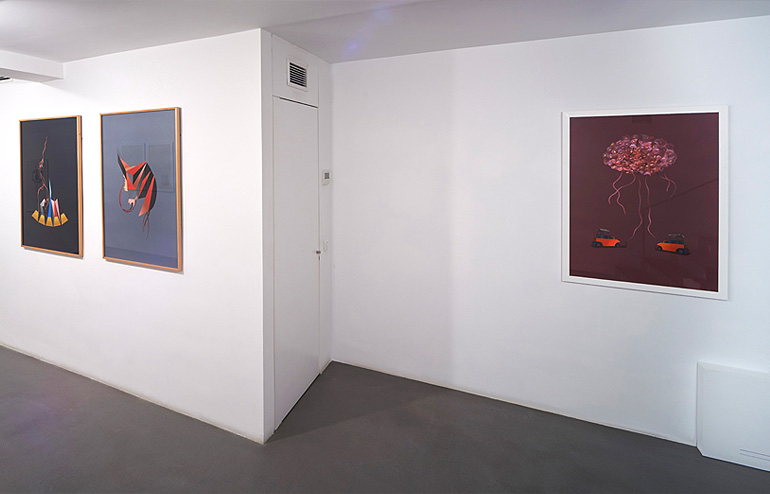 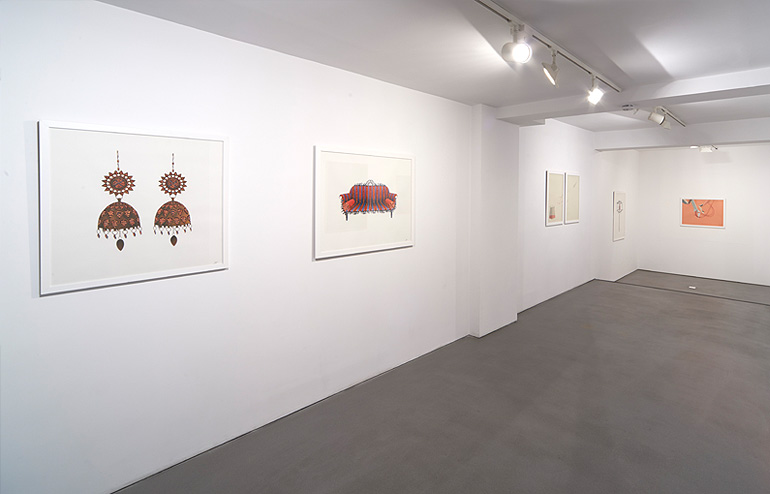 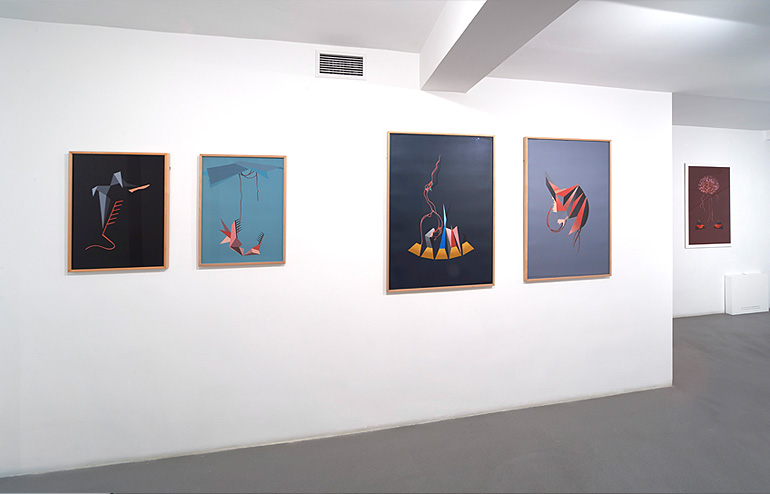 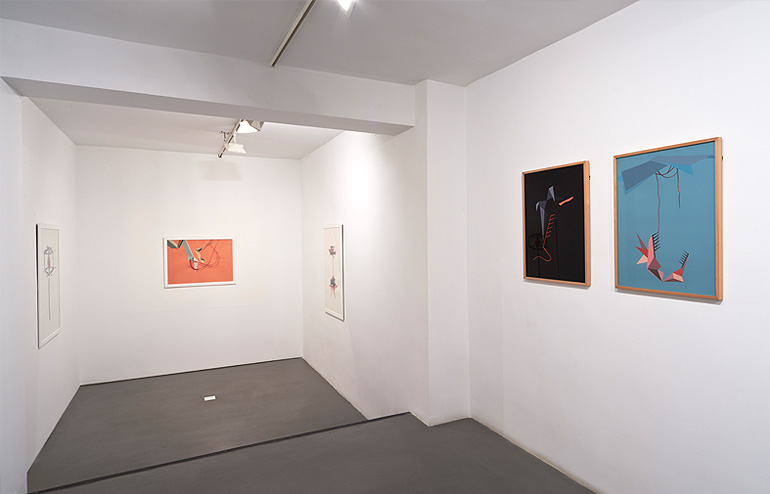 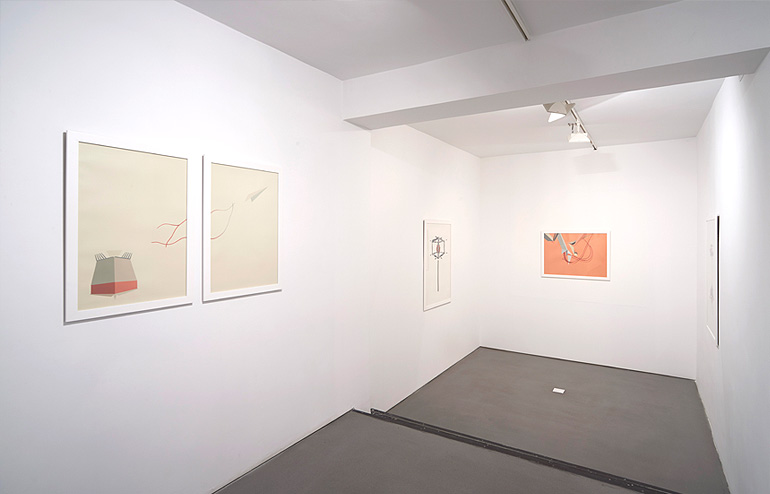 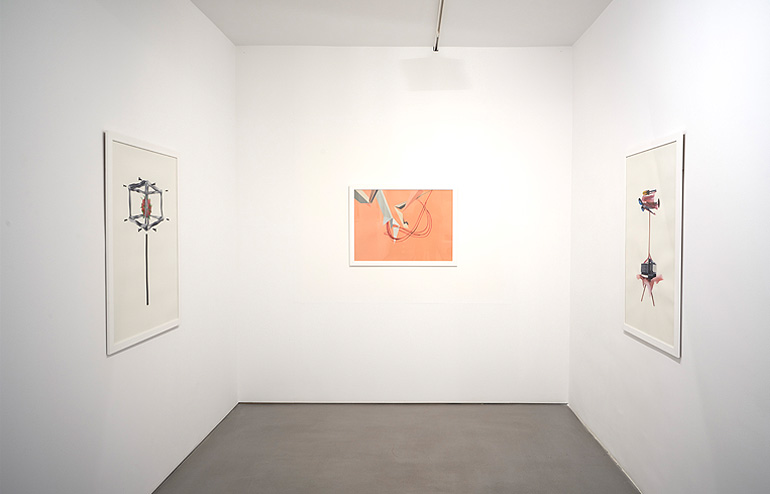 Zara Mahmood is a Pakistani artist based in Dubai. She holds a Bachelor's degree in Fine Art from the National College of Arts (NCA) in Lahore, where she specialized in Printmaking. Her work belongs to the tradition of miniature drawing because of the delicacy of her art, narrating her everyday environment. The images Zara creates are minimal in terms of their execution, so there is a conscious effort being made to maintain that particular quality by regulating the contents of the imagery to evoke an emotion.

In 'Degrees of Modulation', Sabrina Amrani presents works from three series of acrylics that can be read as a diary of the artist, as a woman and as an individual, whose identity and reality is redefined over time and depending on the environment in which evolves. Zara explores the interaction between man and its social environment, thereby diluting the line that demarcates the 'natural' from the 'cultural'.

The treatment the artist has used in each series to depict the human body has been adjusted to achieve an artistic effect that pertains to the theme of each particular series. The delicate and organic imagery in the drawings from 'The Case of Red' that tells a personal tale, to the androgynous and cold forms reflecting a nation's struggle to come out of a state of denial in 'Amnesia', to the incredibly feminine and ornate images depicting the woes of a grieving motherland in 'The Dawn on Her Temples Was Stained Red', to the latest series, which explore that the body is not only a physiological phenomenon, but it is culturally constituted at the same time, making the body in the new series appear as a breathing machine.