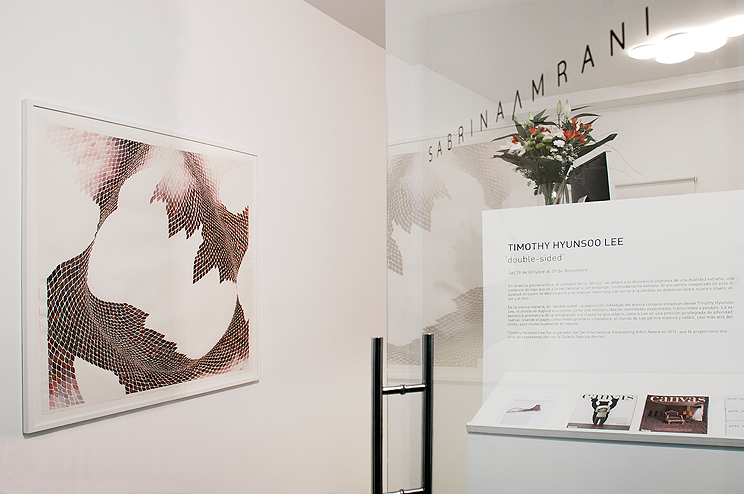 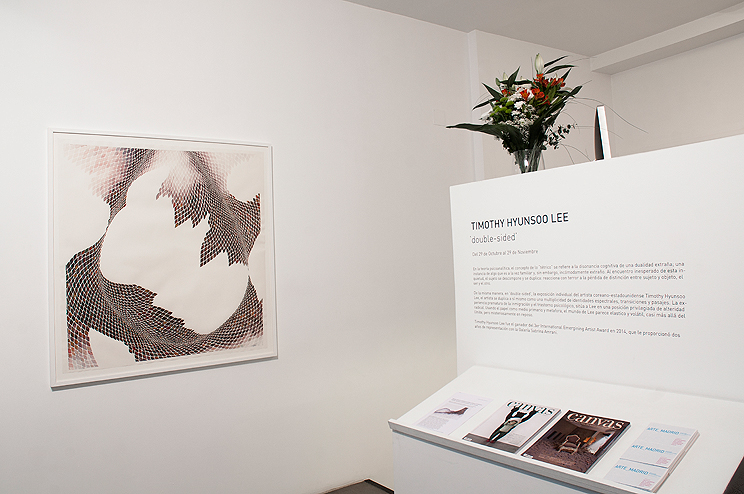 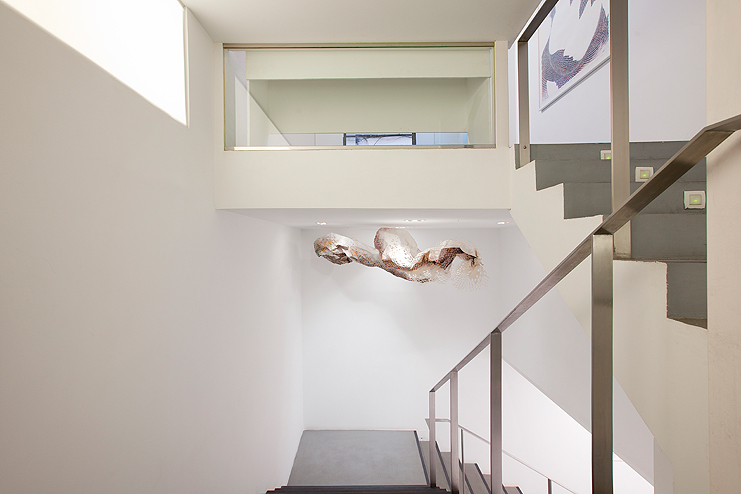 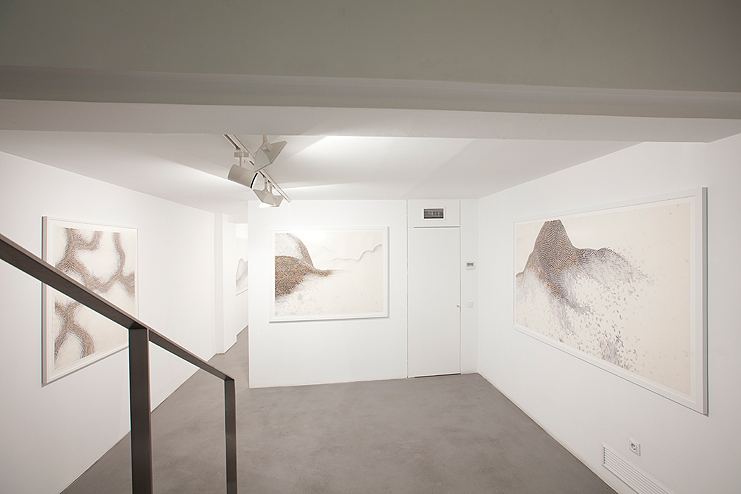 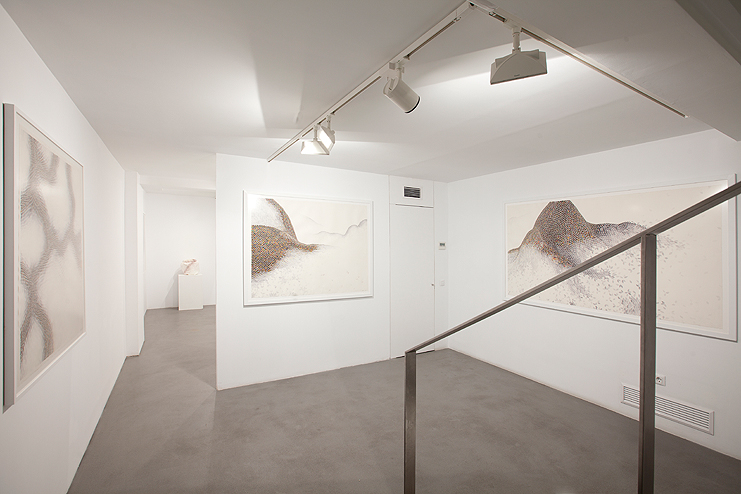 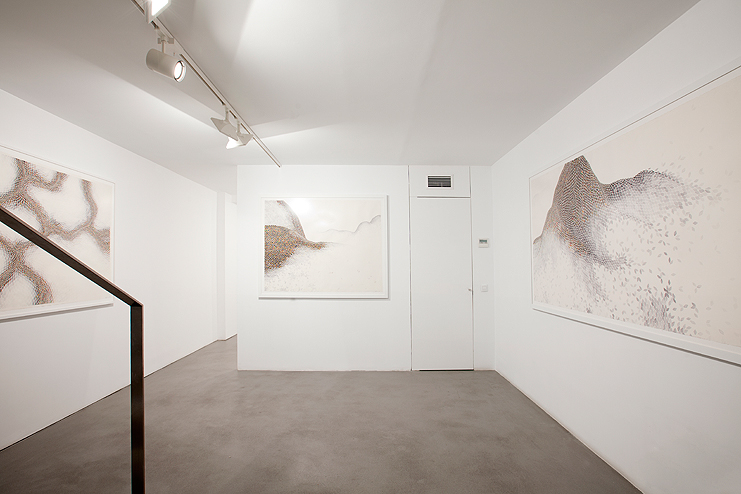 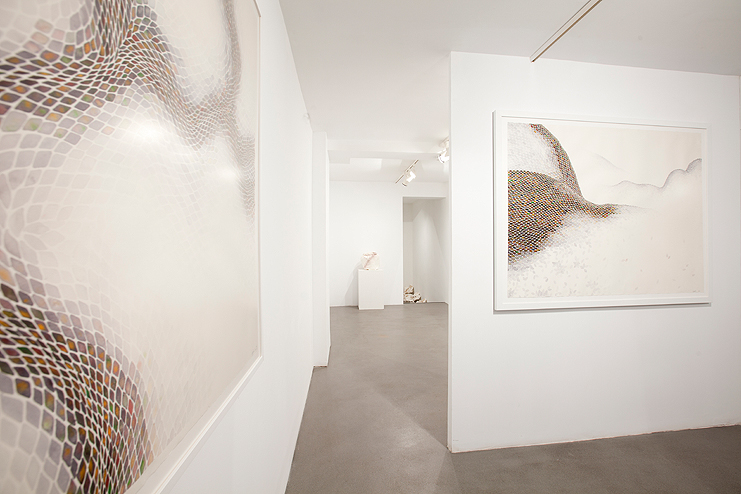 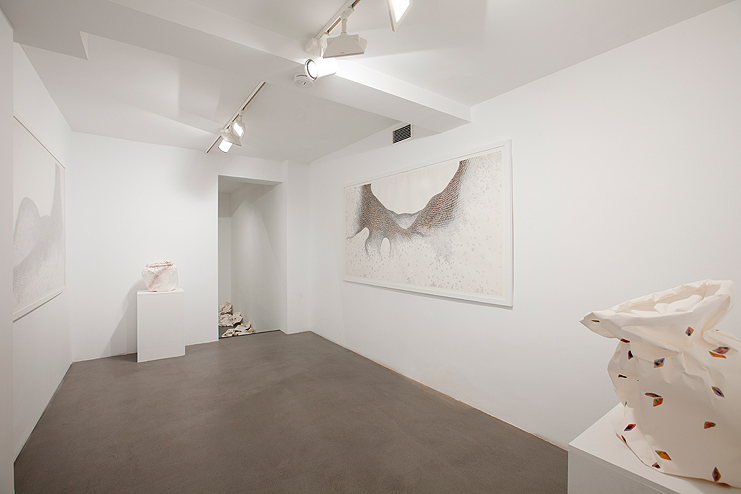 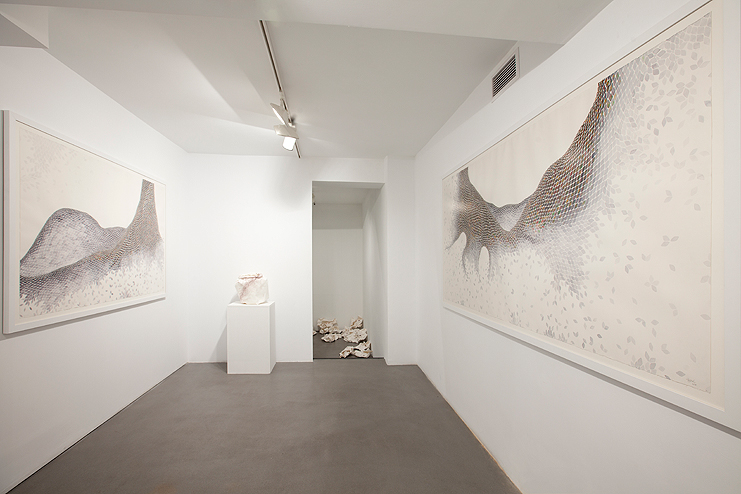 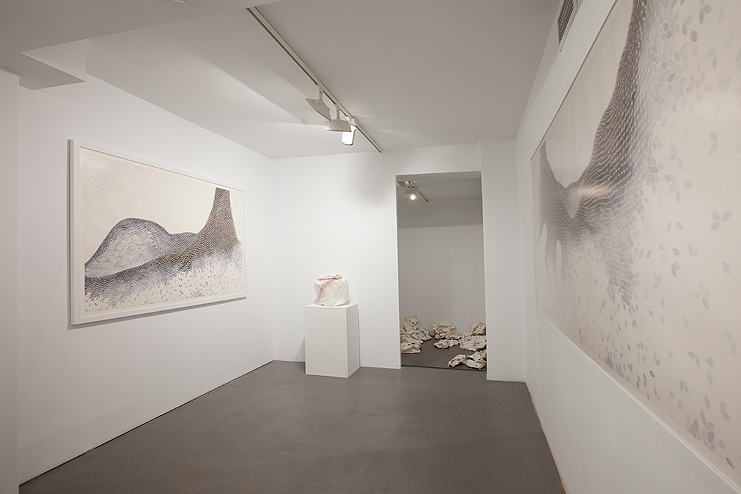 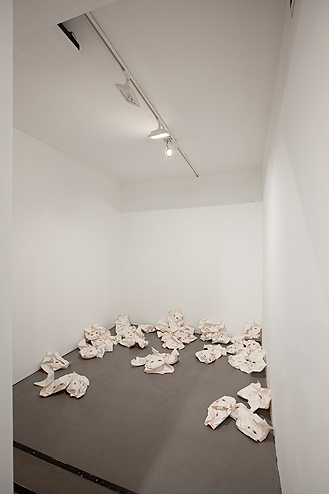 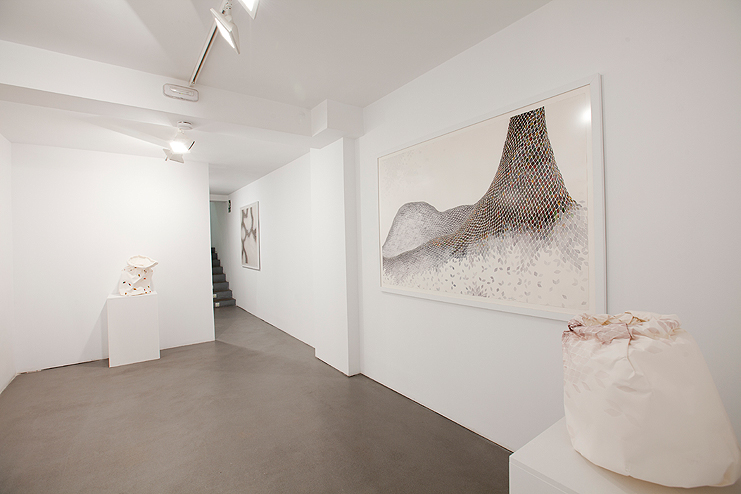 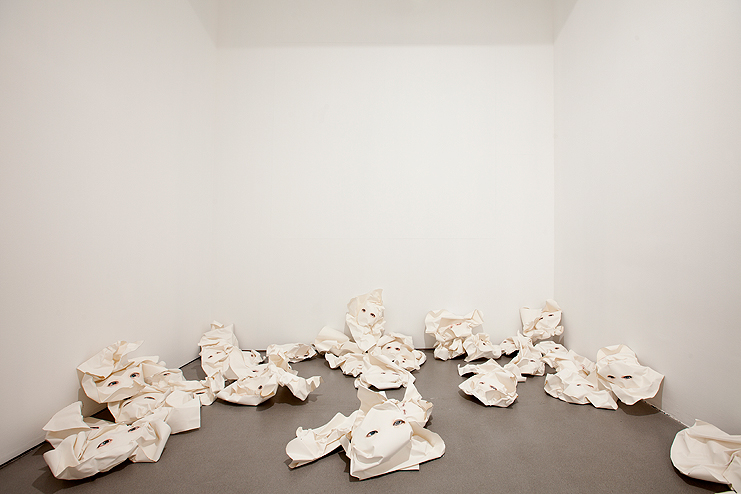 In psychoanalytical theory, the concept of the “uncanny” refers to the cognitive dissonance of a strange doubleness; an instance of something which is both familiar and yet uncomfortably strange. At the sudden sight of this uncanny, the subject breaks down and doubles: It reacts with horror to the loss of distinction between subject and object, self and other.

Accordingly, in ‘double-sided’, a solo exhibition by Korean-American artist Timothy Hyunsoo Lee, the artist doubles himself as a multiplicity of ghost identities, transitions and throughways. The early experience of immigration and psychological disorder, placed Lee in a privileged position of radical otherness. Using paper as his primary medium and metaphor, Lee's world appears elastic and volatile, almost at breaking point, yet mysteriously at rest.