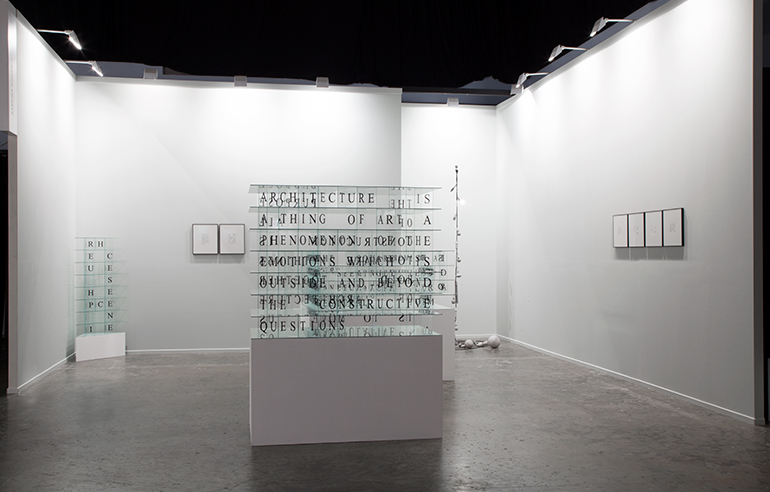 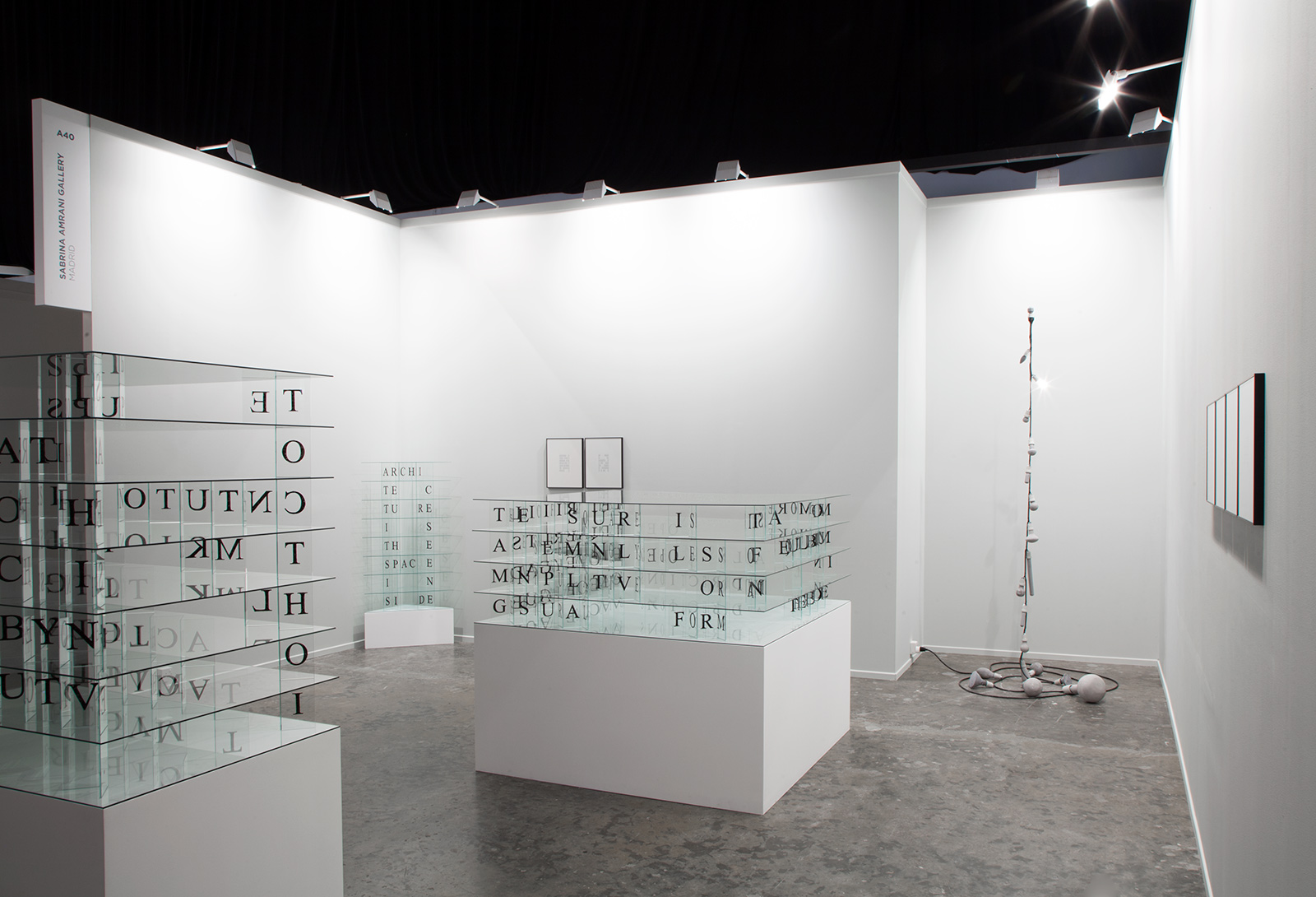 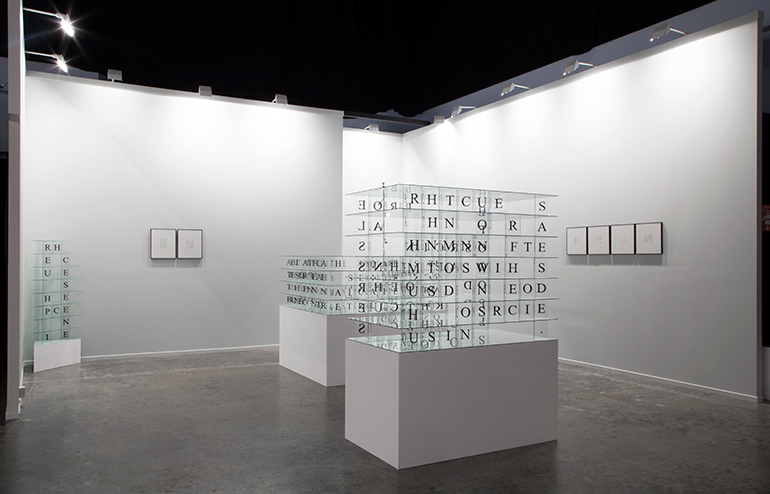 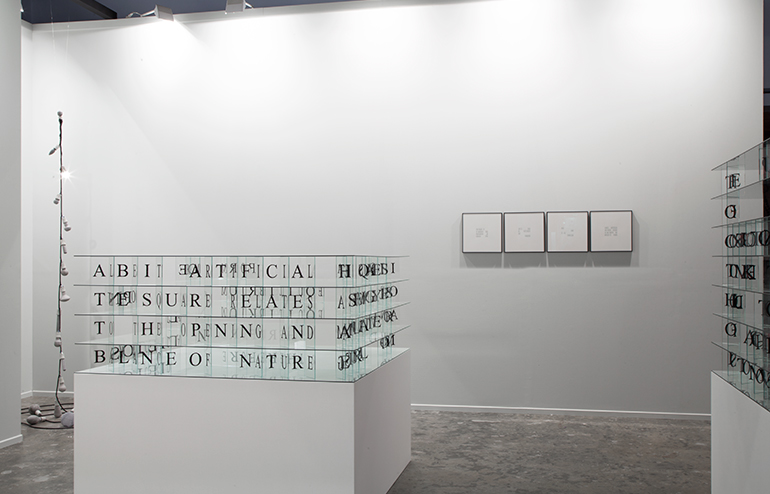 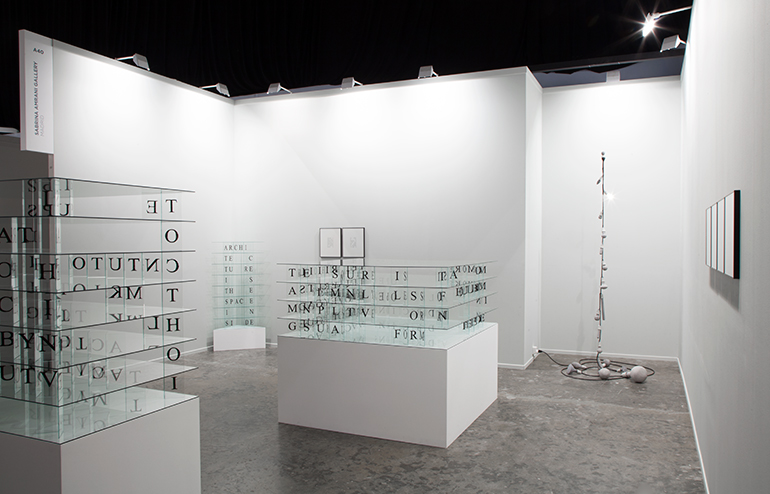 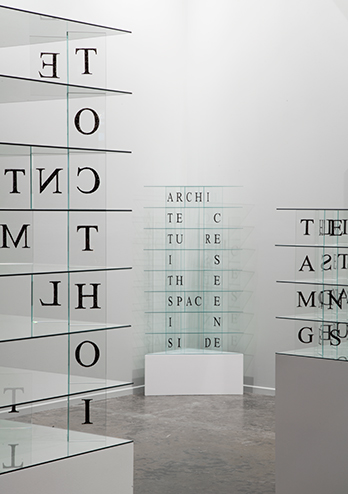 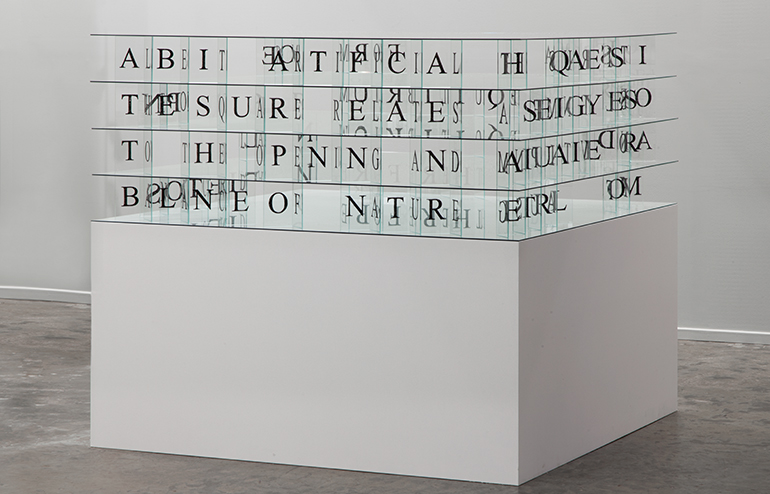 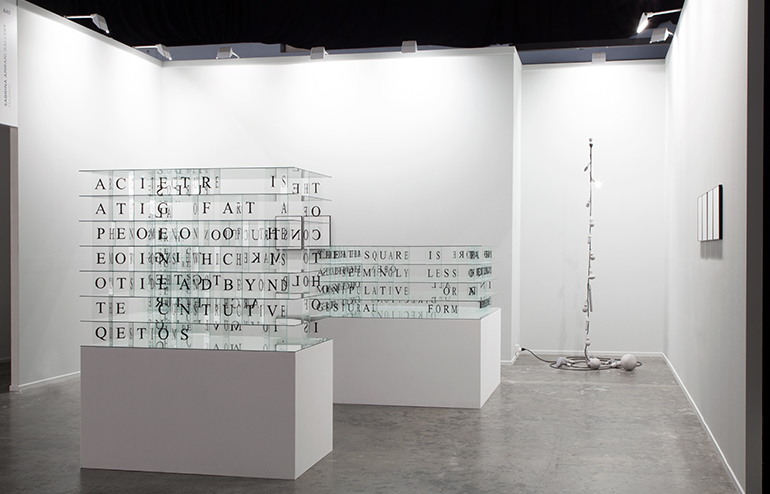 "Architecture is a thing of art, a phenomenon of the emotions, which is
outside and beyond the constructive questions."

"The purpose of all construction is to make things hold together, of
architecture to move us."

In the last ten years, Marlon de Azambuja has drawn, written and read the urban space, either literally—acting on the city itself—or metaphorically—producing architectural images or constructive strategies. His action as an artist narrows in on a given environment and examines it, in an attempt at rationalization based on modernist concepts, both architectural language and symbolism of power.

But at the same time, he lives and experiences the city through an intuitive process. With the accumulation of memories, references, readings and personal experiences, Azambuja allows the rigid lines associated with the Modernism to flow and infiltrate. Within the tension created by these two poles, the artist uses various materials (concrete, glass, ink, plastics, and words themselves), and places them in direct  opposition or inverts their functions. This operation enhances their symbolic capacity, connecting him with Brazilian Concrete poetry, the legacy of Conceptual Art and site-specific tradition.


The project presented by Sabrina Amrani Gallery at Art Dubai 2015, creates a unique environment conceived as a master plan for a new city. The main axis is determined by three pieces from the Edicto series. The title refers to the set of norms published in 1951 by the Swiss architect Le Corbusier, which laid the foundation for the construction of the city of Chandigarh, India. This edict begins with the declaration of human scale and harmonious connection with nature as guiding principles for the creation of a functional capital city. This
functionality was not only practical but also symbolic as reflected in the design of government buildings. Azambuja joins the tradition of the written word and the constructive thinking—lest we forget that as an assertion of power, the Assyrians would inscribe their own edicts within the foundations of their great palaces like in Nineveh—in what could be called an "architecture of thought".