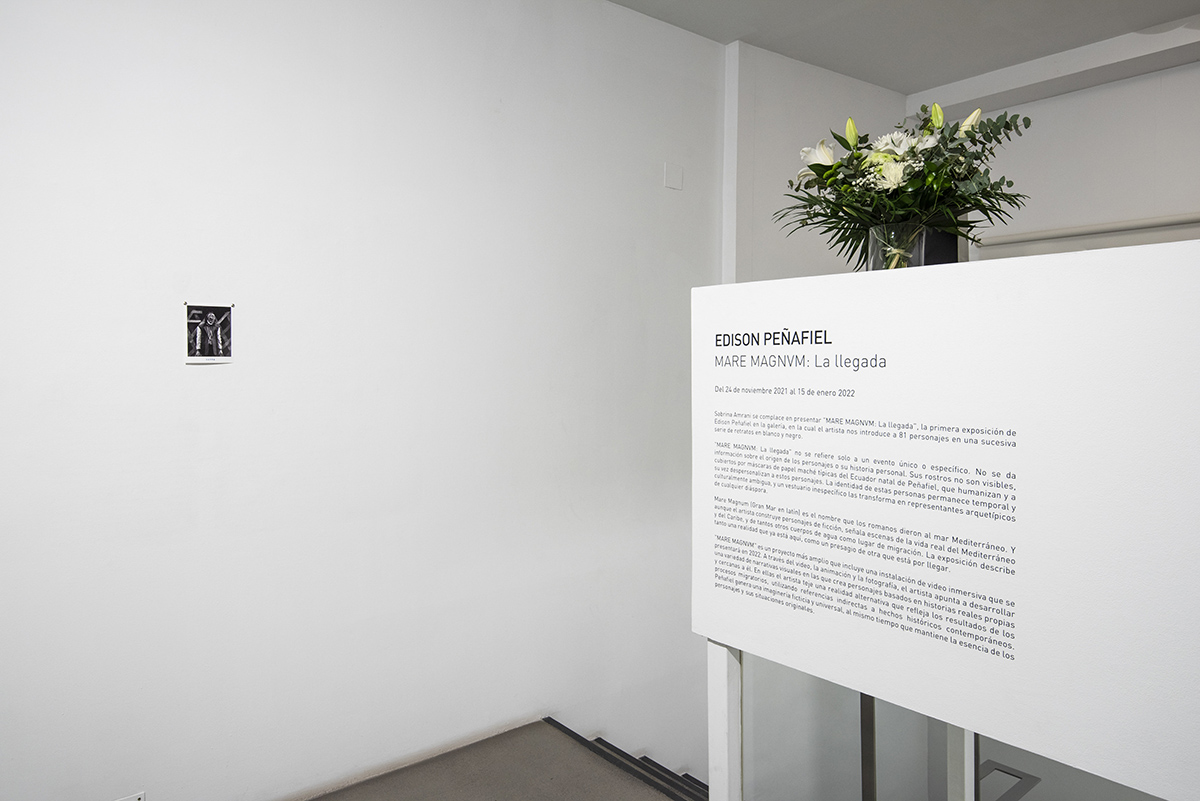 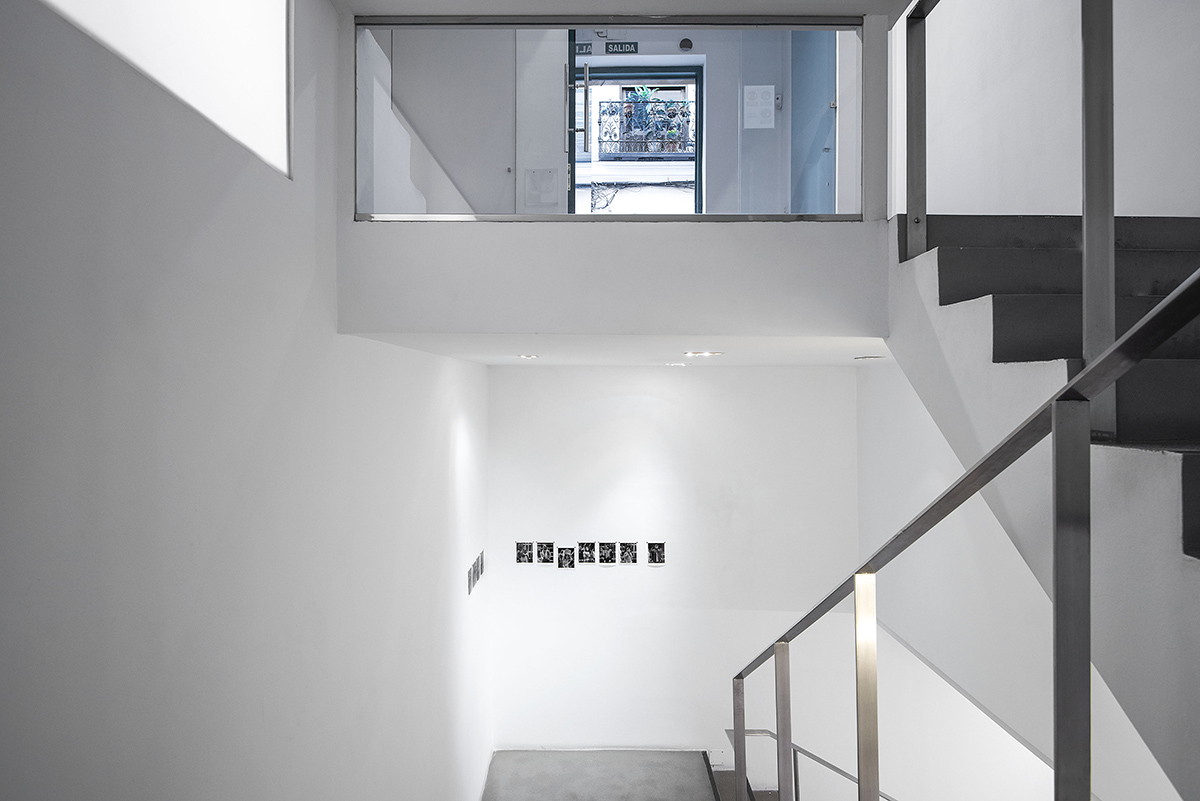 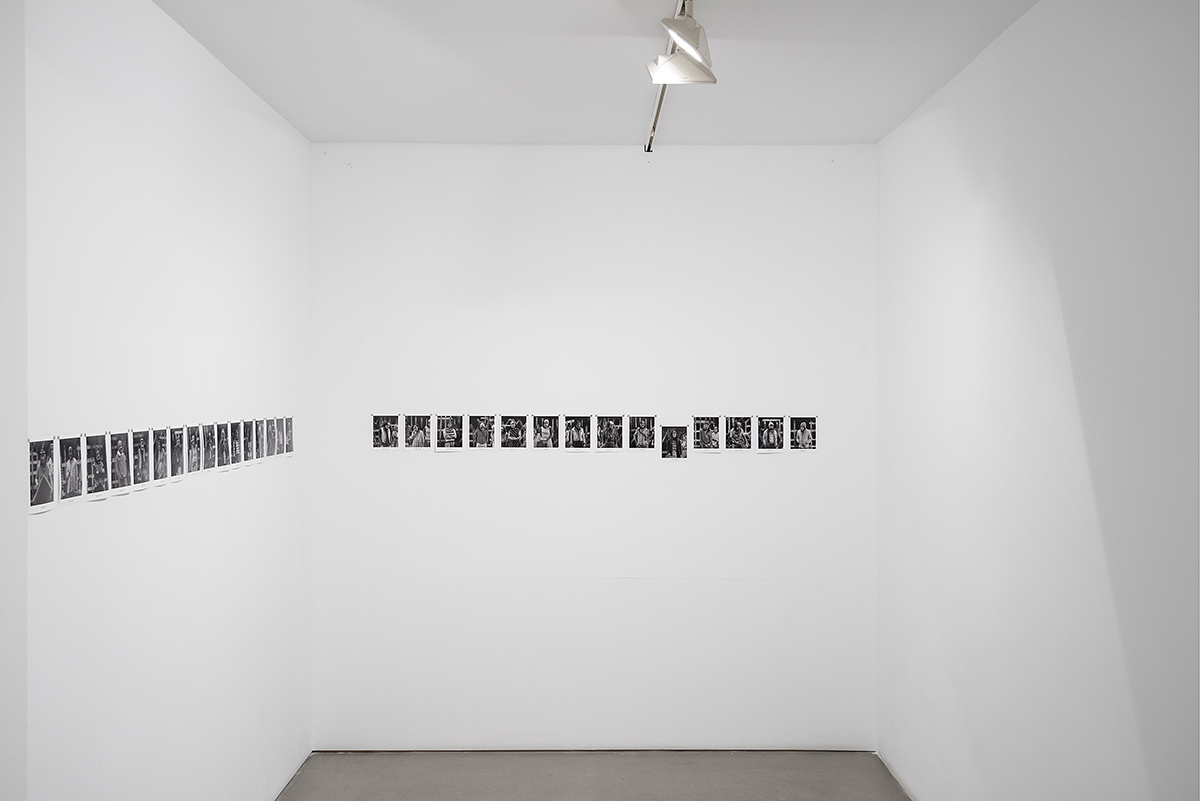 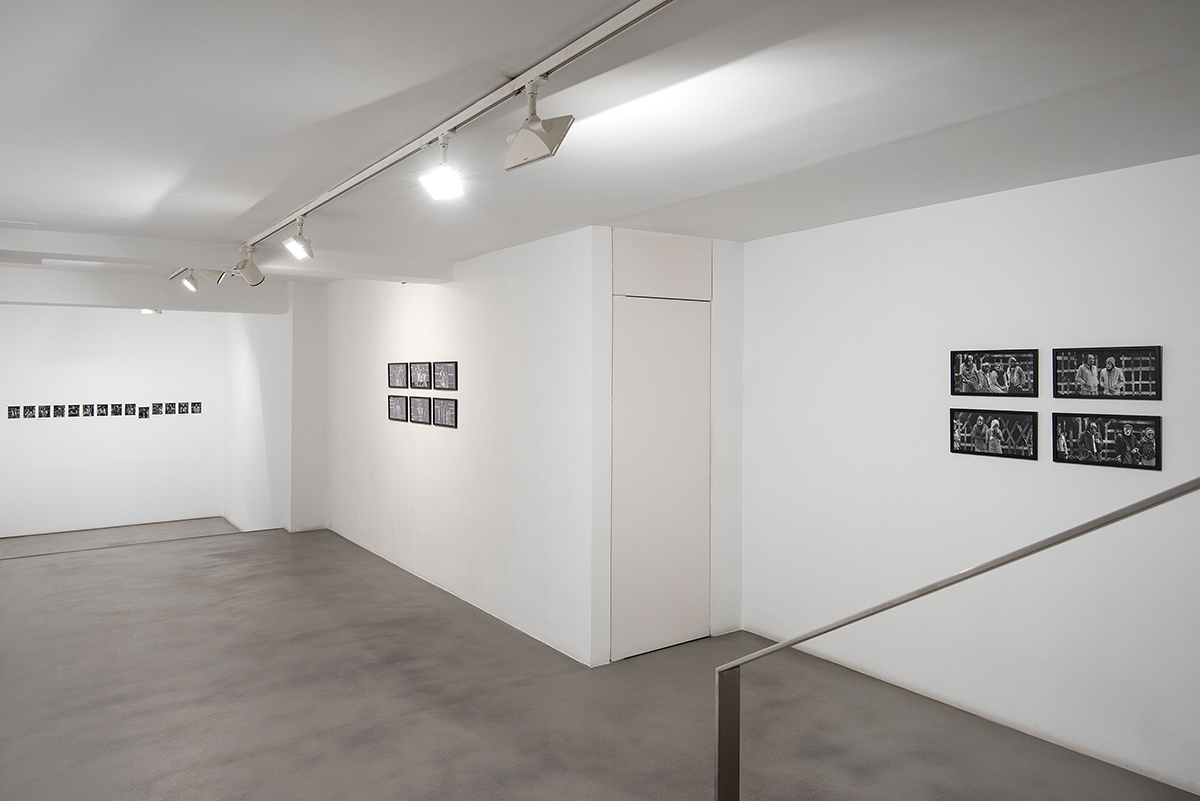 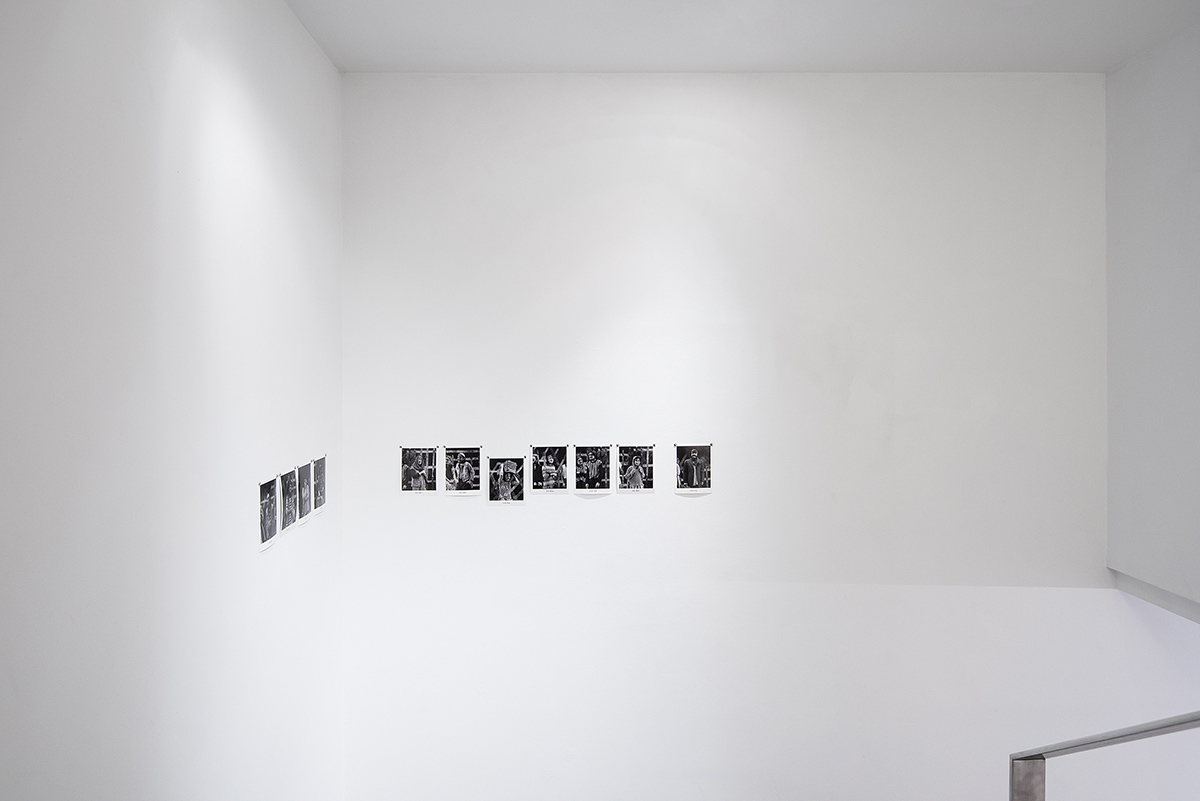 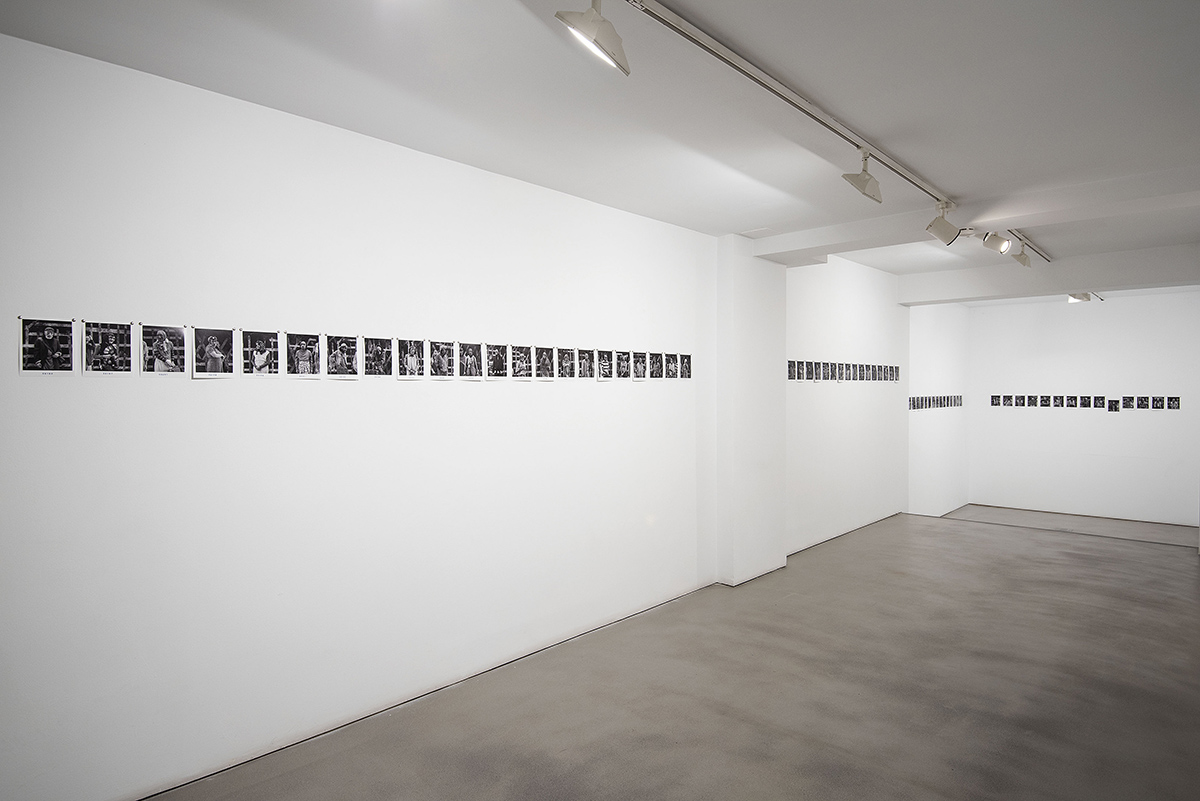 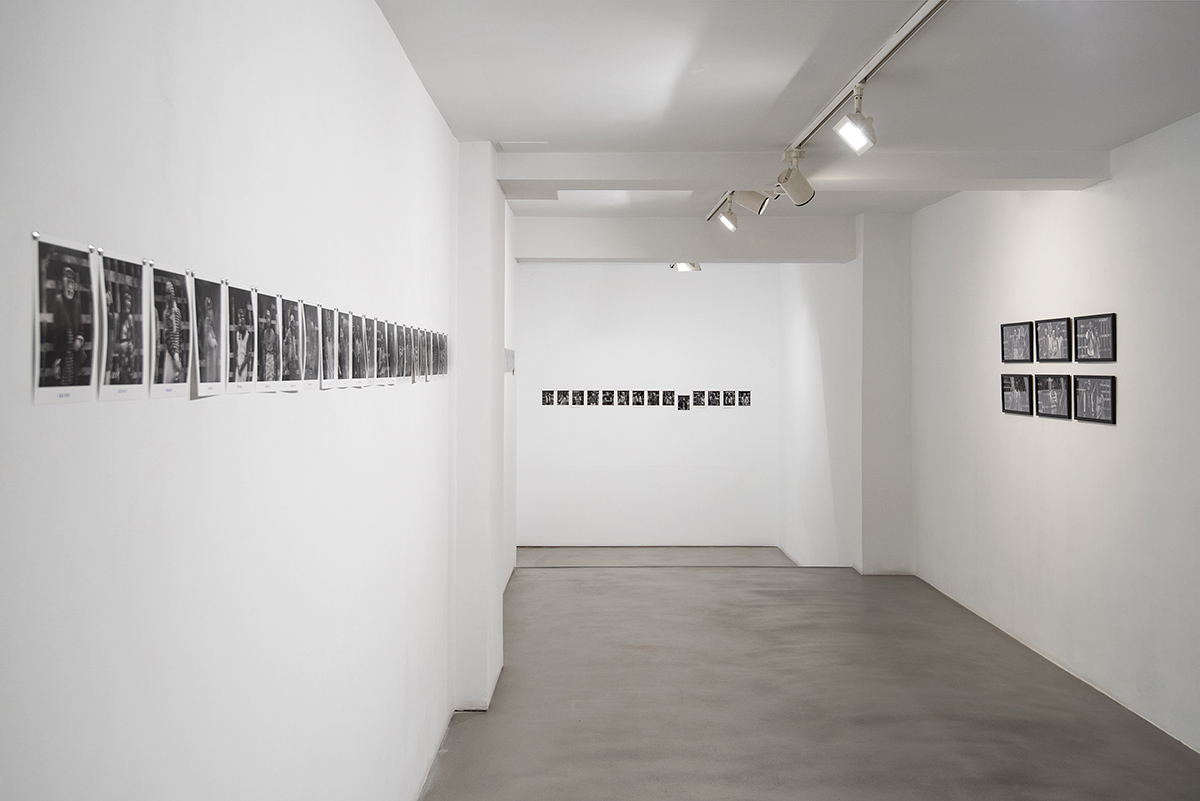 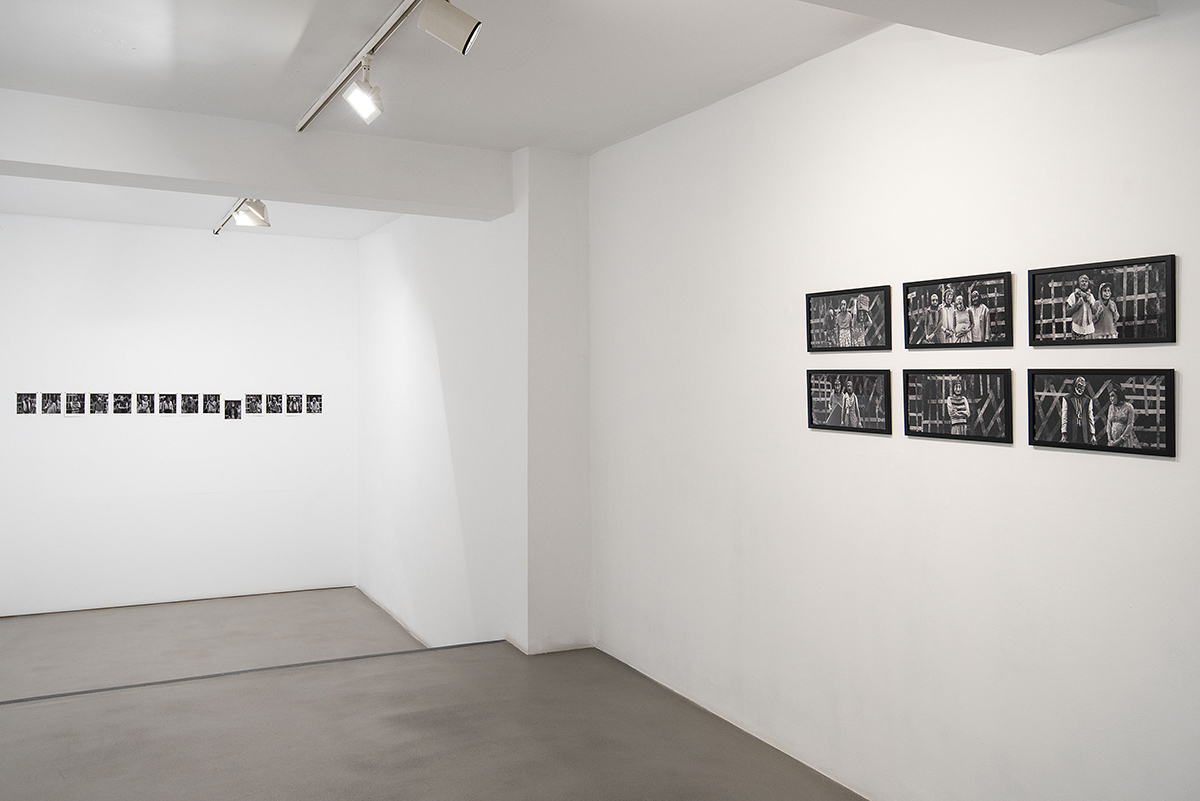 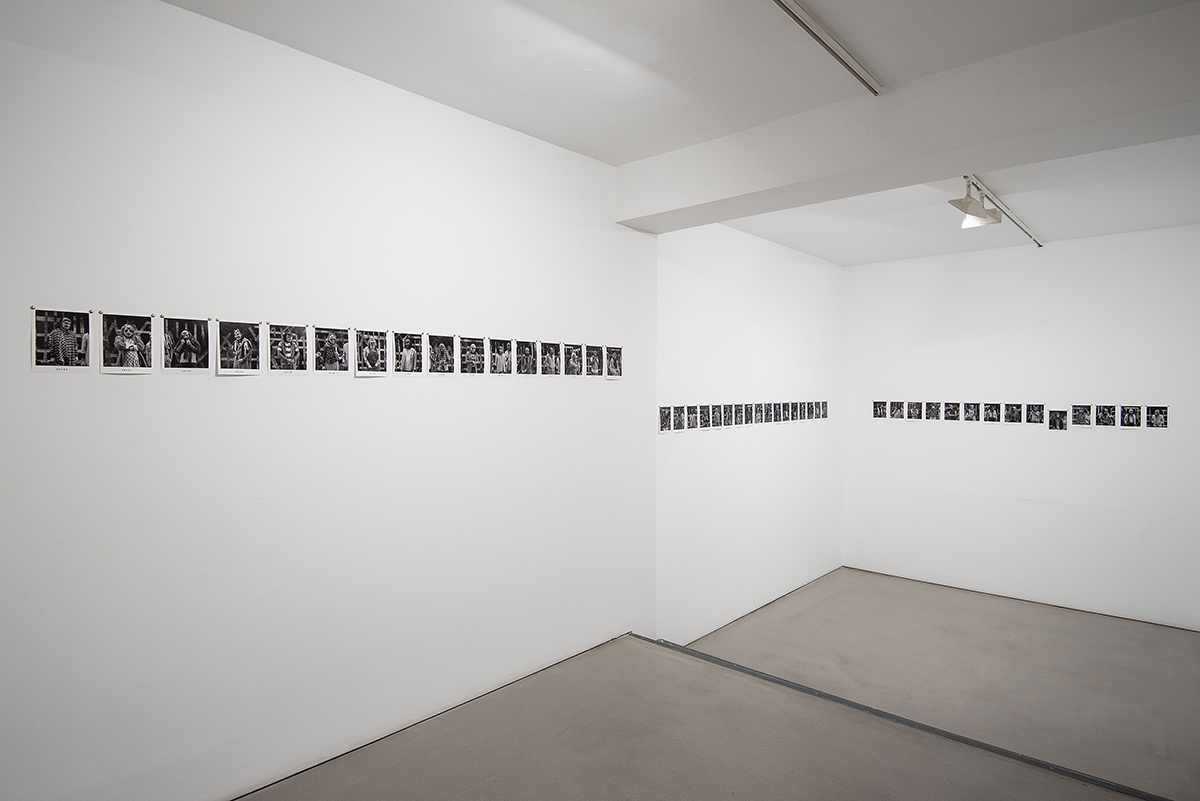 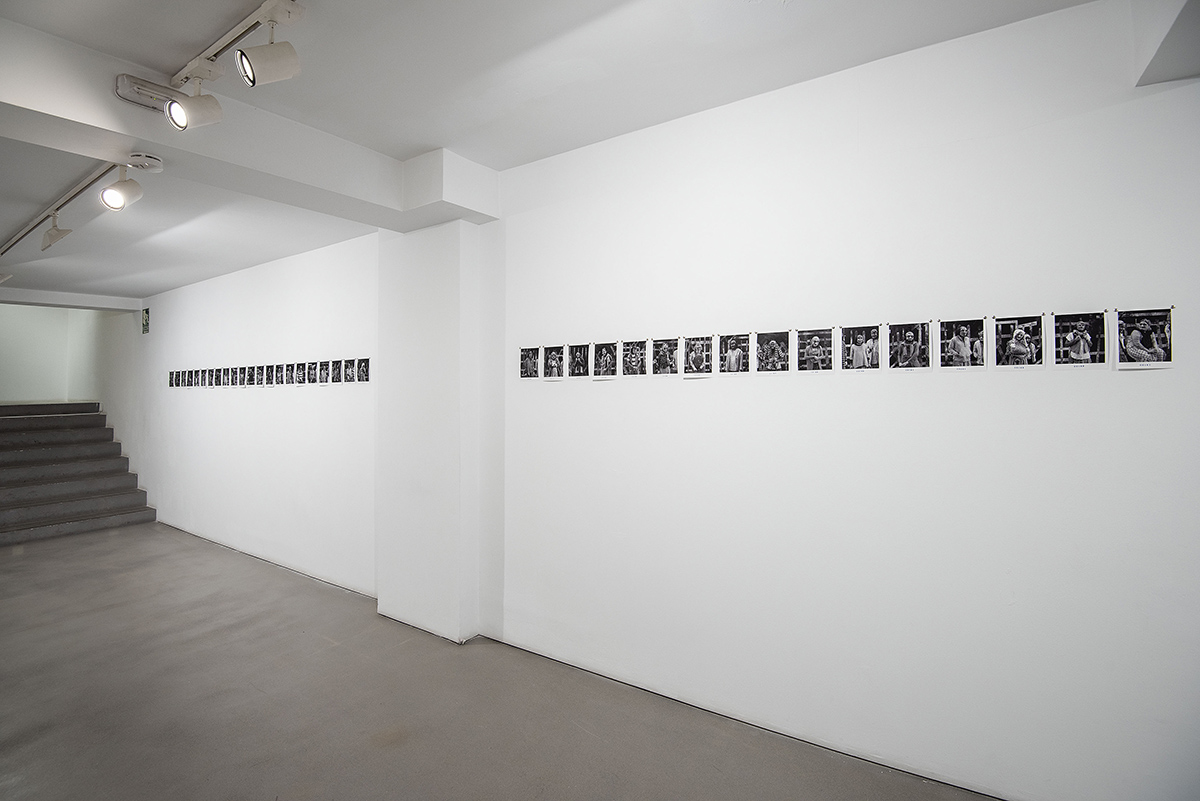 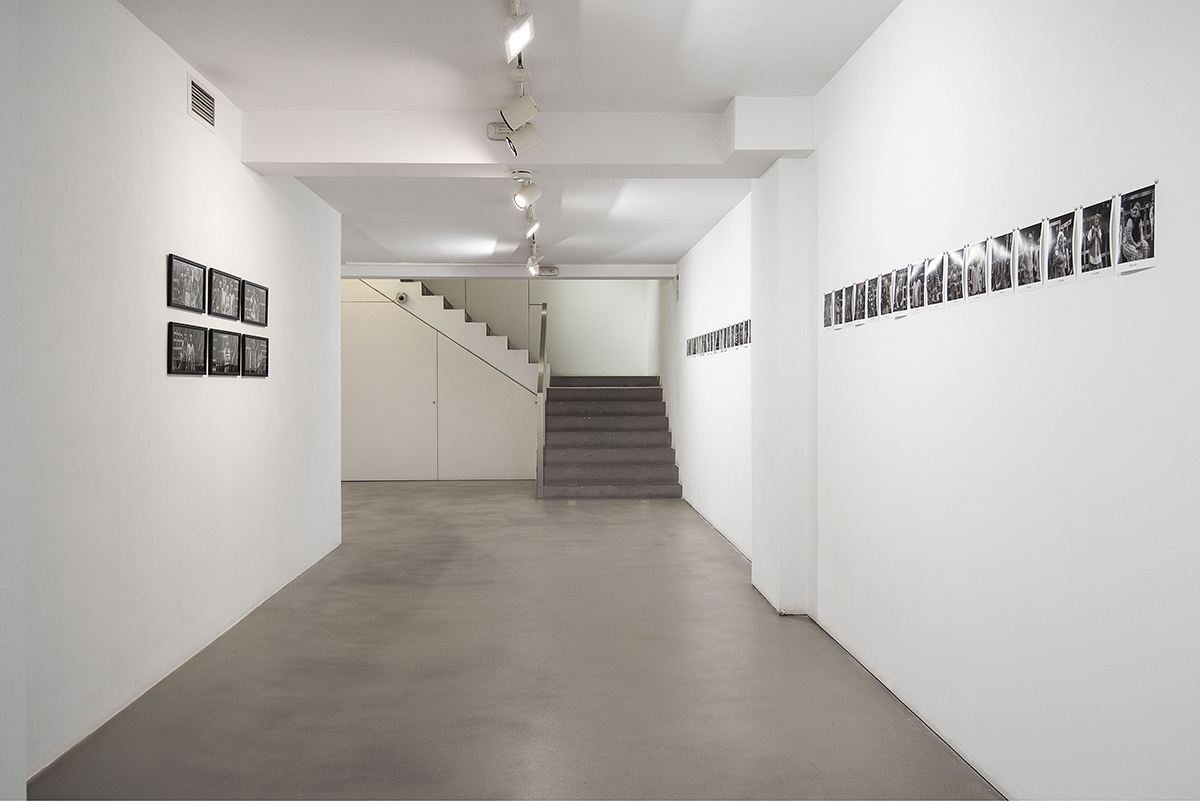 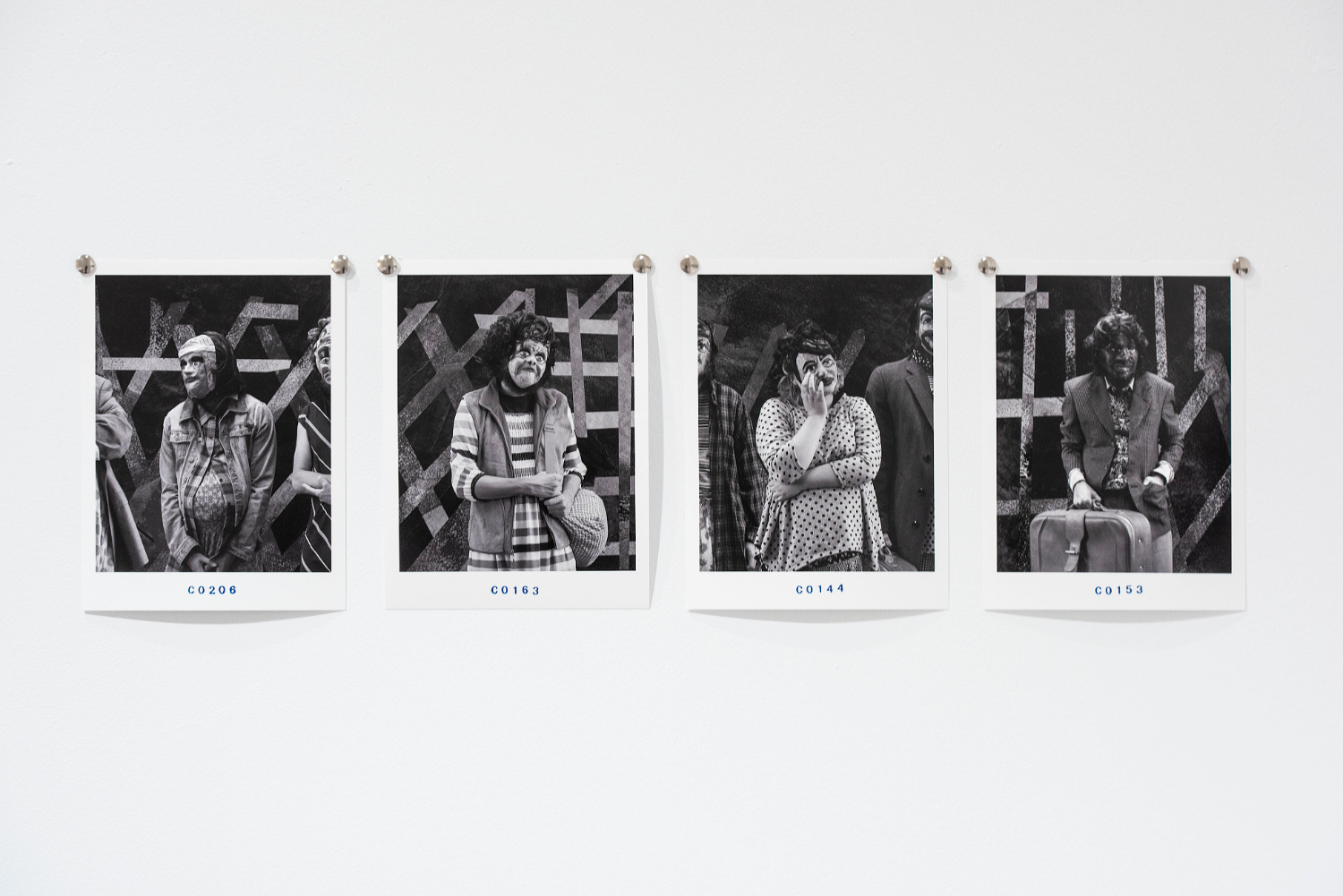 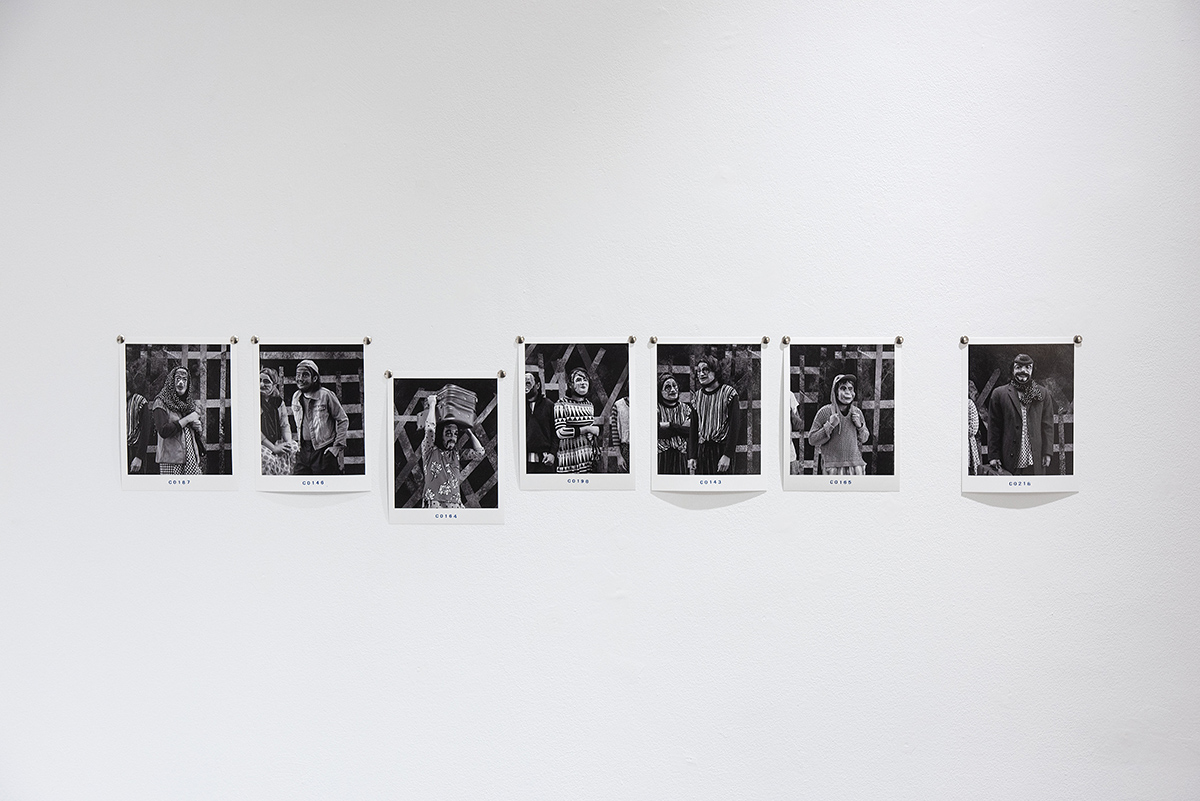 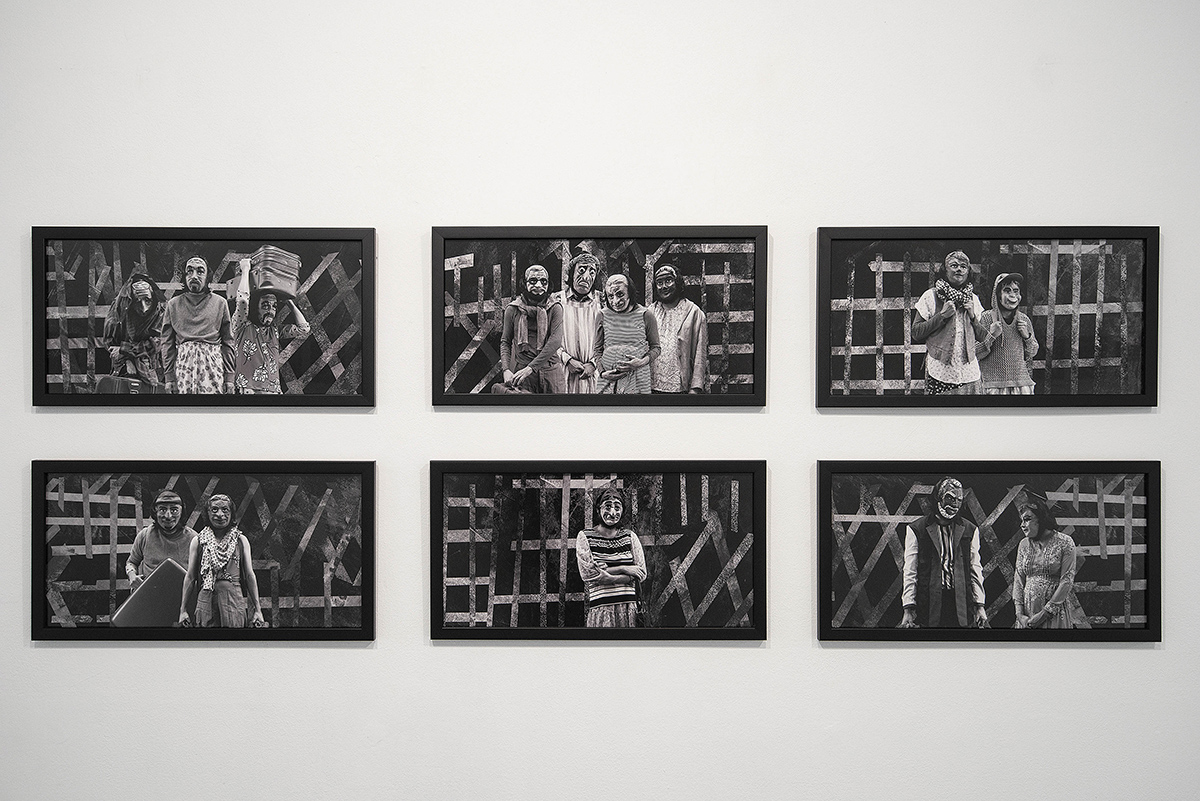 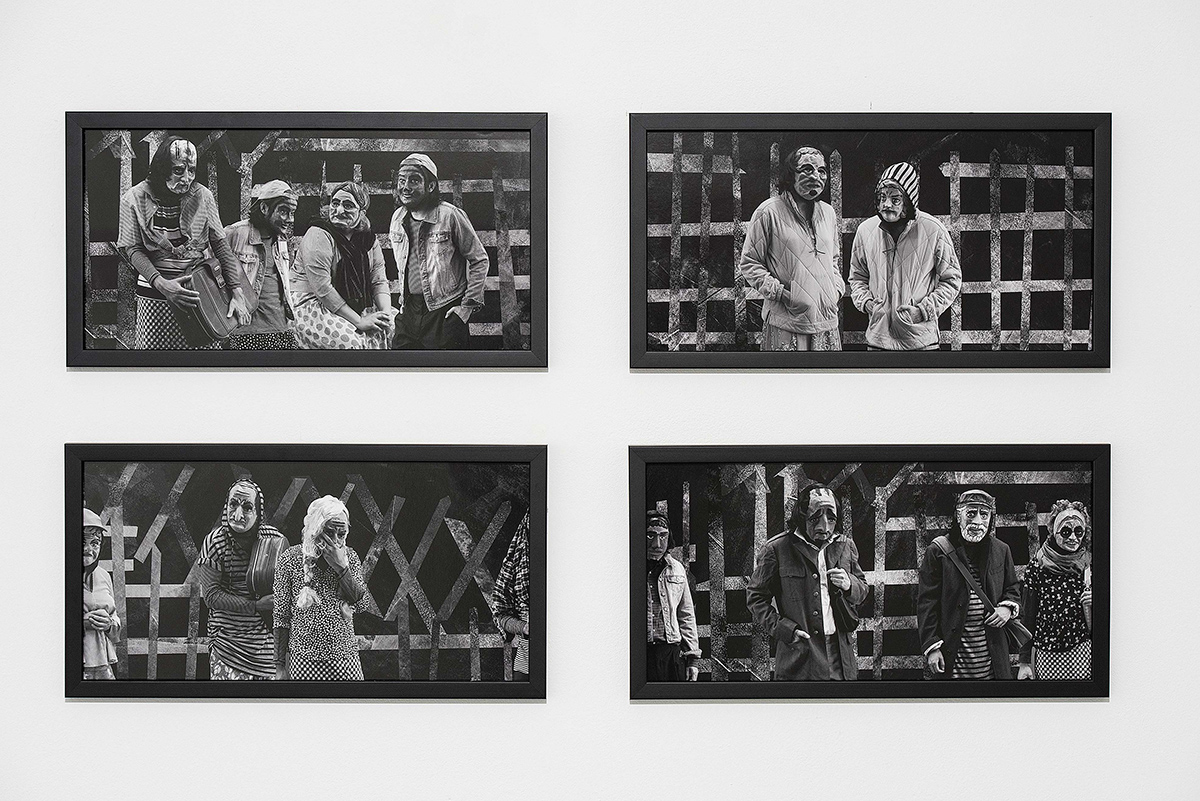 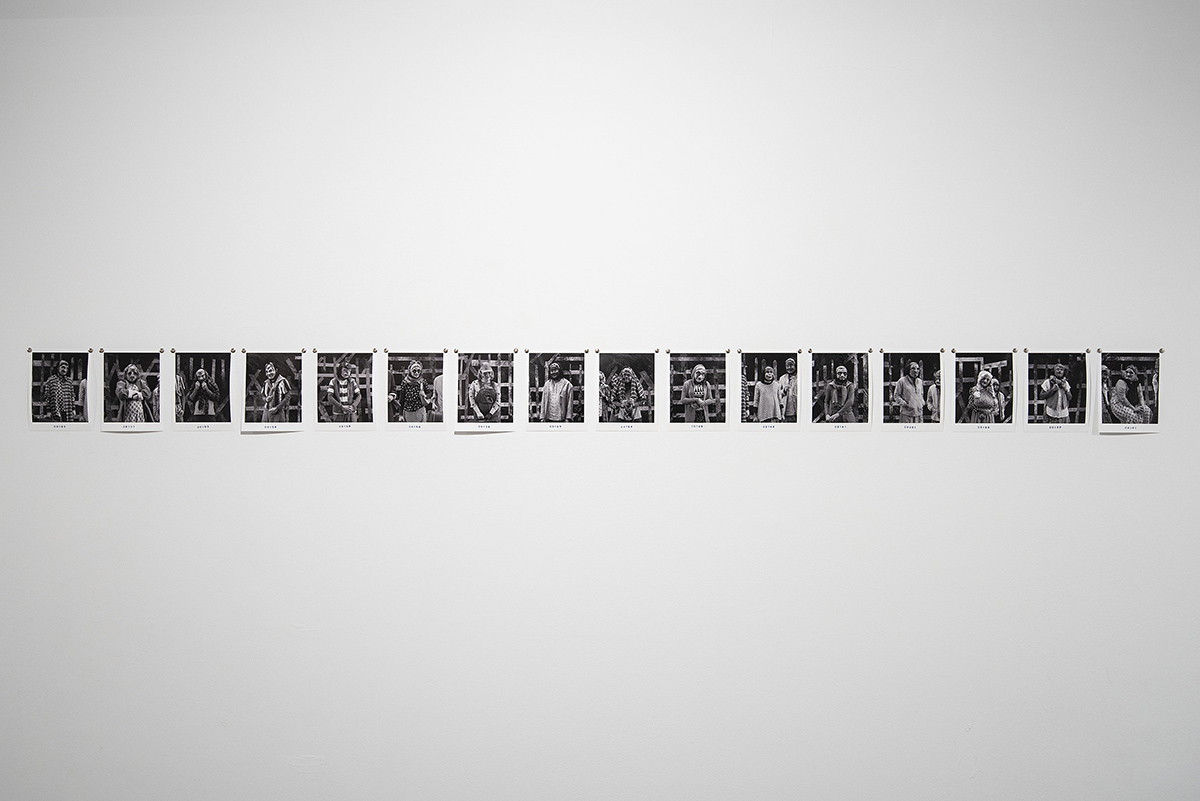 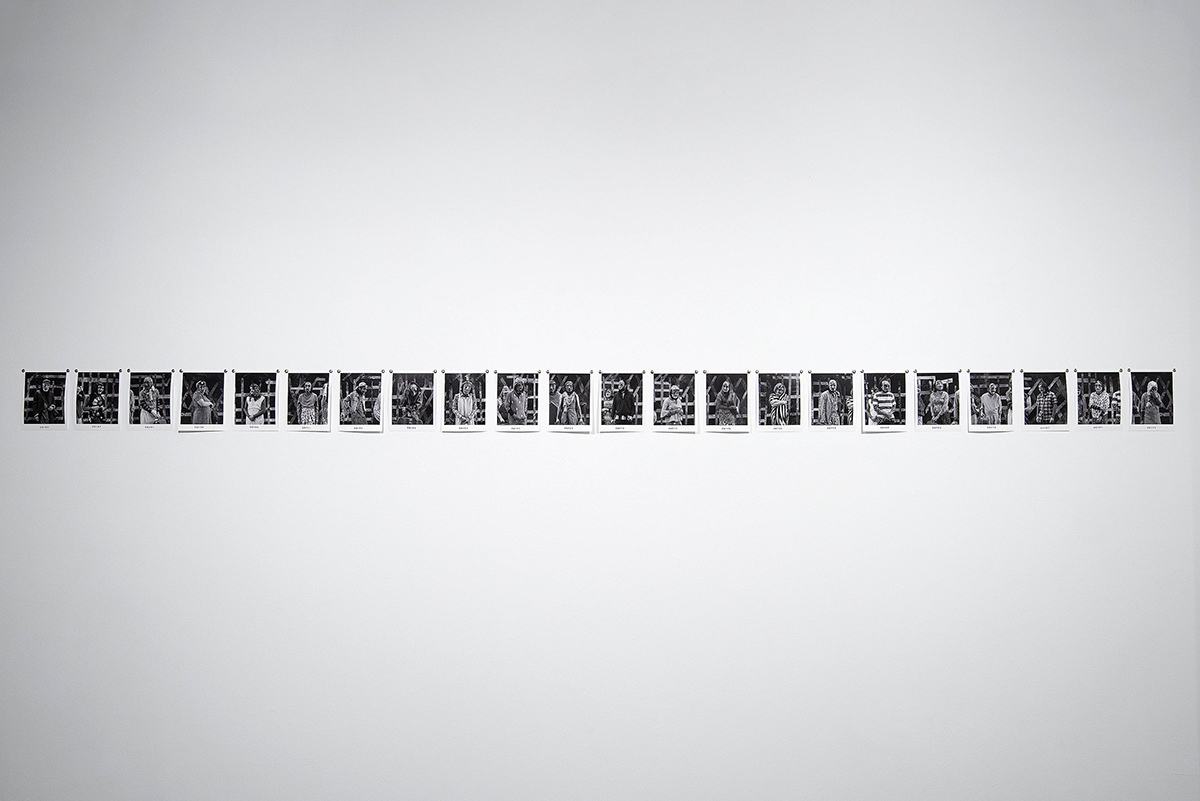 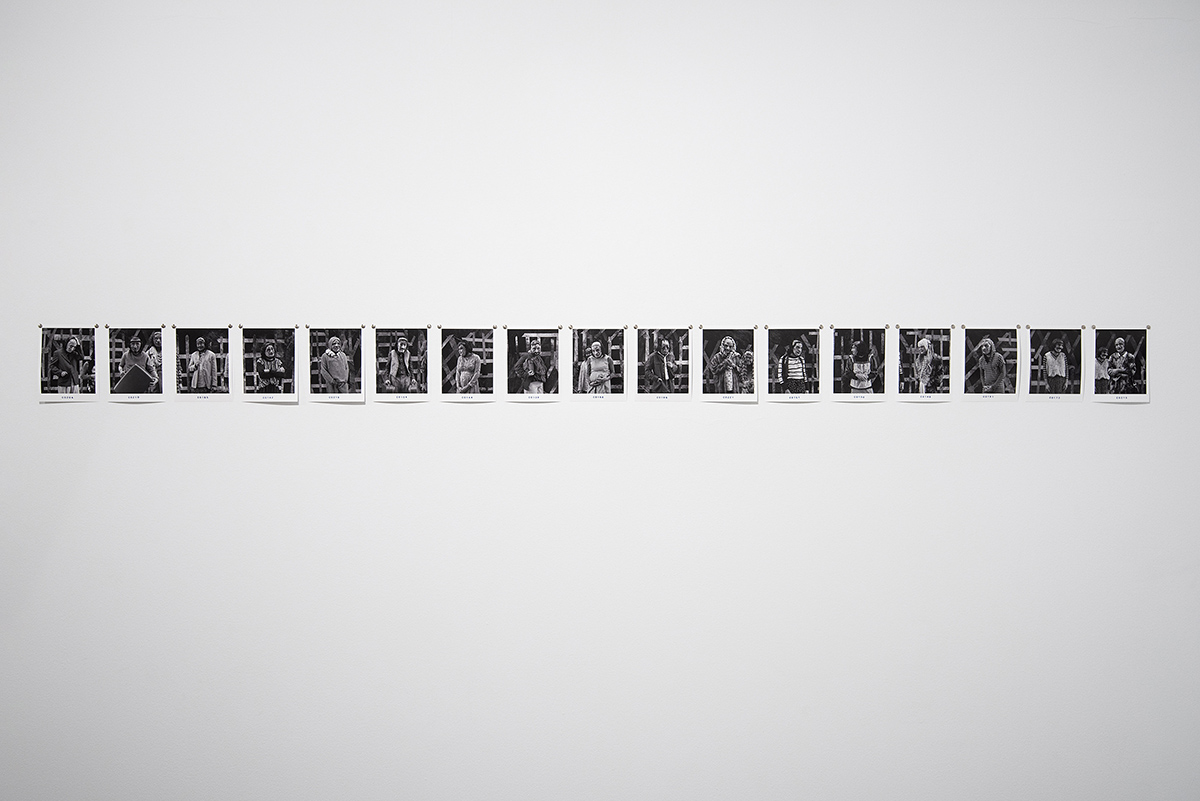 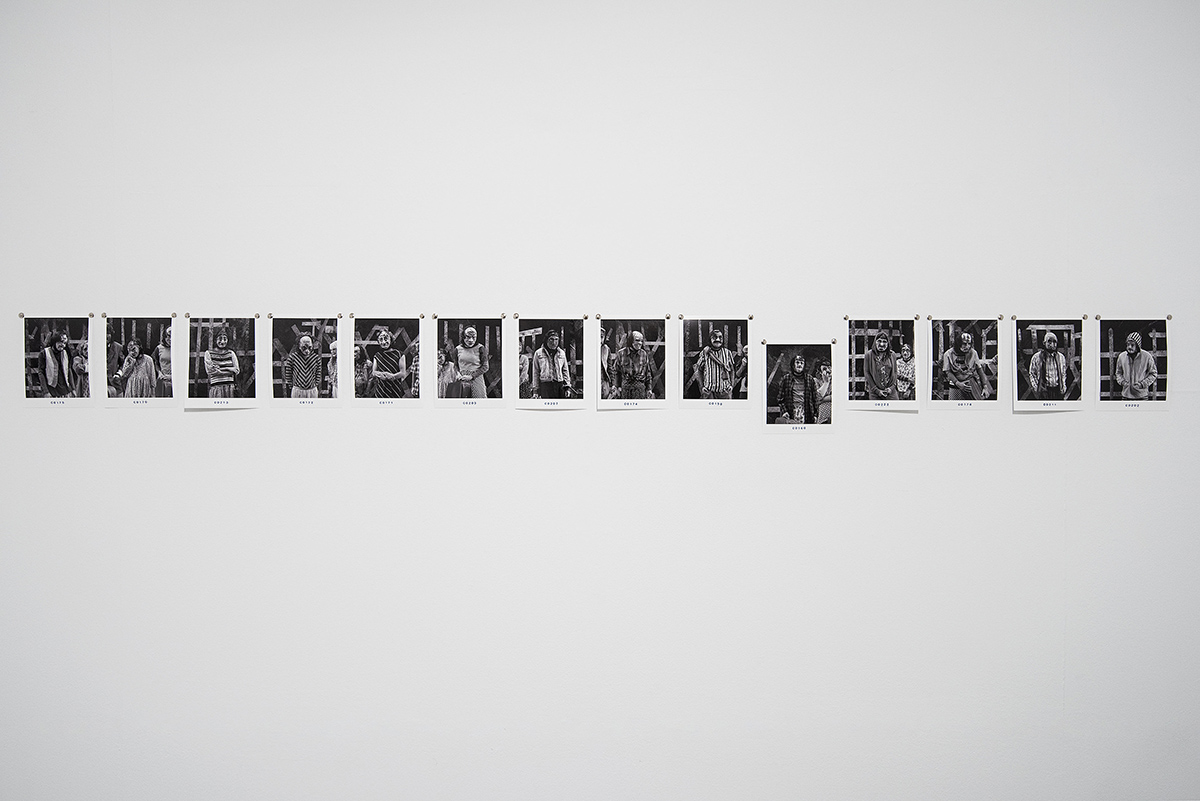 Sabrina Amrani is pleased to present “MARE MAGNVM: La Llegada”, Edison Peñafiel’s first exhibition in the gallery, a show that introduces the viewer to 81 characters in a succesive series of black and white portraits.

“MARE MAGNVM: La Llegada” does not refer only to a single or specific event. No information is given on the characters’ origin or their personal history. Their faces are not visible, covered by papier-mâché masks typical from Peñafiel’s native Ecuador, that both humanize and depersonify these character. The identity of these people remains temporally and culturally ambiguous, and unspecific costuming transforms them into archetypal representatives of any diasporic population.

Mare Magnum (Great Sea in Latin) is the name Romans gave to the Mediterranean Sea. Although the artist constructs fictionnal characters, he points to real life scenes from the Mediterranean and the Caribbean, and from so many other sites of migration across bodies of water. The exhibition describes a reality that is already here, and is also an omen of one that is soon to come.

This exhibition is part of a wider body of work titled MARE MAGNVM, which includes an immersive video installation that will be presented for the first time in 2022. Through video, animation and photography, the artist aims in this project to develop a variety of visual narratives in which he creates characters based on real stories of his own and of those close to him. In these narratives the artist weaves an alternative reality that reflects the results of migrational processes, using indirect references to contemporary historical events. The idea is to transmute these real stories into fictitious imagery that is universal at the same time, always keeping the essence of the original characters and situations.

Edison Peñafiel (b. 1985, Ecuador) is an Ecuadorian-American artist who migrated to the United States to leave the political and economic instability of his native country. His singular style integrates video and multimedia installation to create surreal echoes of our world, environments that translate into experiences. His work centers the migrant as a subject, informed by his own life.

His early photography focuses on deconstruction and perception, absurdity and politics. The artist’s use of a camera plays with evidence, fact, and the manipulation in media. Socio-economic and political themes deepened in his practice with his shift to multimedia installations. By introducing looping video projections, Peñafiel imitates the loops that make up our history and present. His works show people trapped in behaviors of movement and labor. Later installations heighten the interaction between physical and virtual elements, creating worlds for the viewer to step into — worlds at the same time bizarre and familiar. These bring together the themes of his earlier works and the use of provocative imagery to evoke social realities while evolving into fully immersive experiences.

Edison Peñafiel recently finished a residency at the McColl Center (USA) (https://www.youtube.com/watch?v=QgNC8dohwvM), and he is currently exhibiting his work at the Bienalsur in Mar de la Plata, Argentina. Peñafiel has presented his work in numerous large scale projects, site-specific installations, and immersive installations, appearing at the Bass Museum, the Museum of Contemporary Art North Miami, the Orlando Museum of Art, the Elsewhere Museum, the Atlantic Center for the Arts, and the Museum of Art Fort Lauderdale. Notable awards include: the John S. and James L. Knight Foundation, the Florida Prize in Contemporary Art, and the South Florida Cultural Consortium Fellowship.