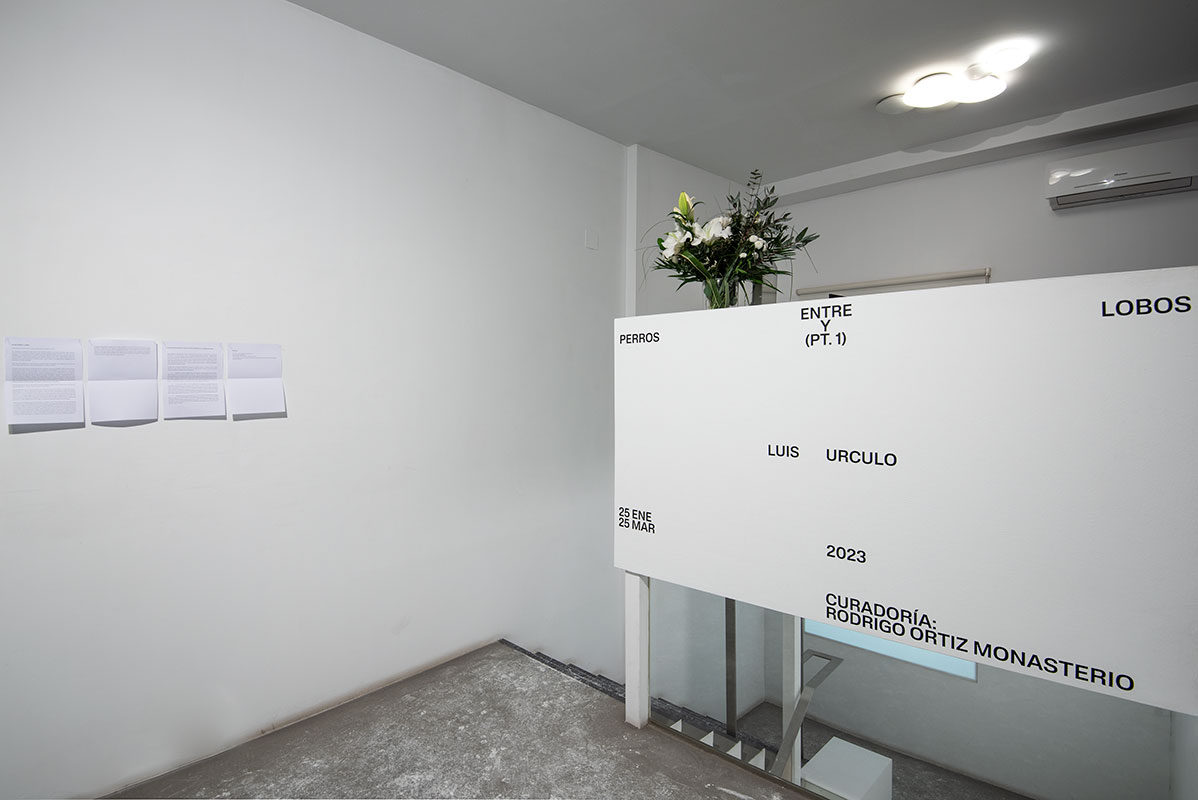 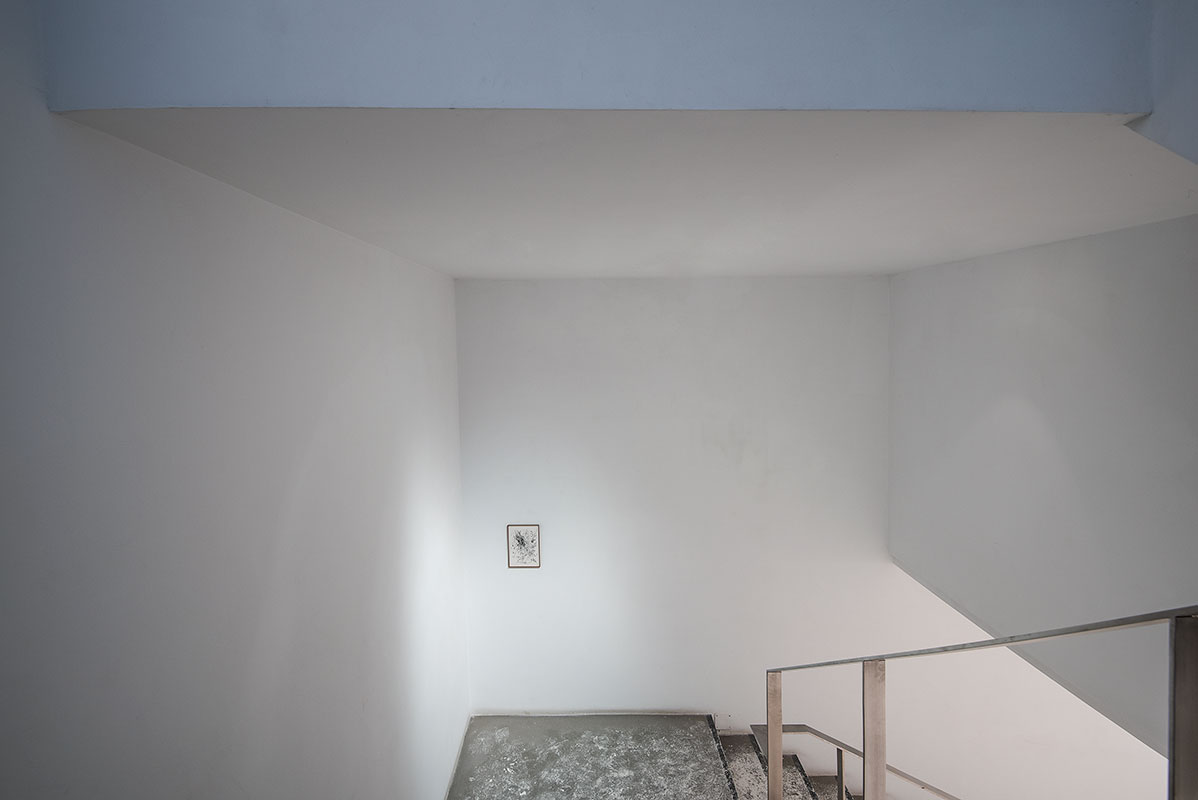 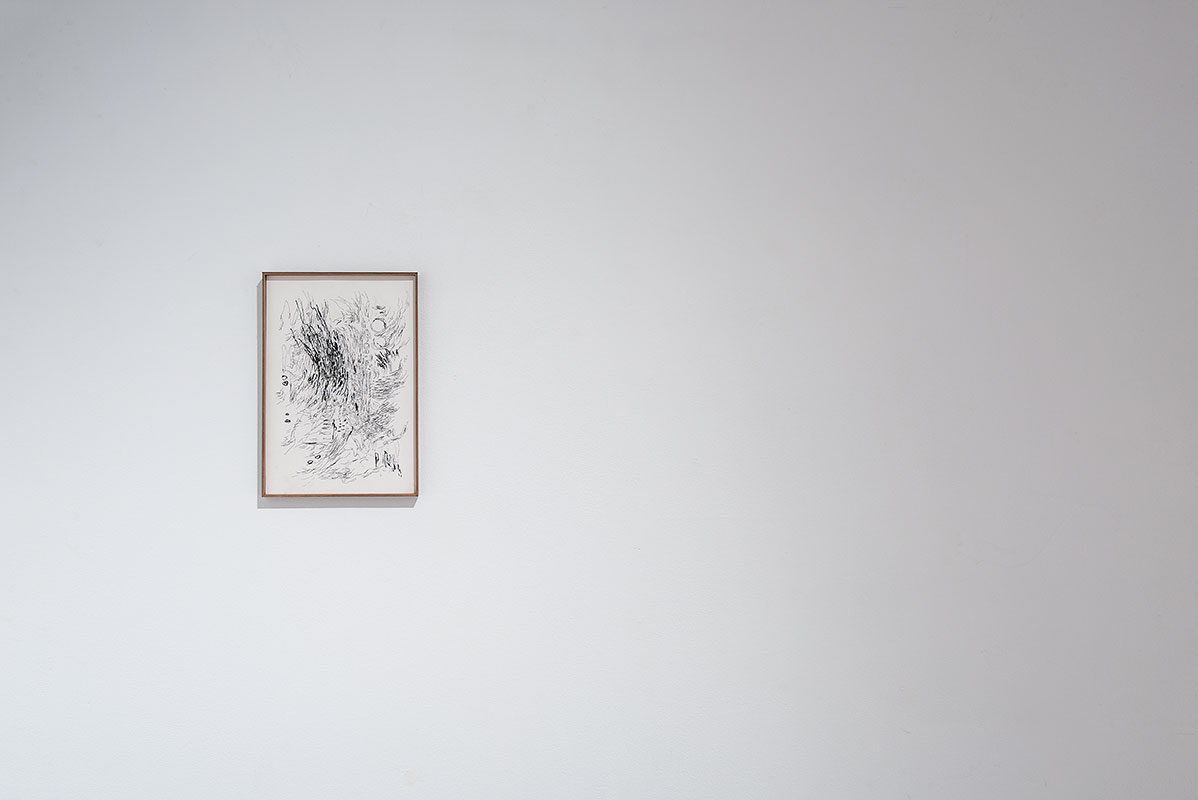 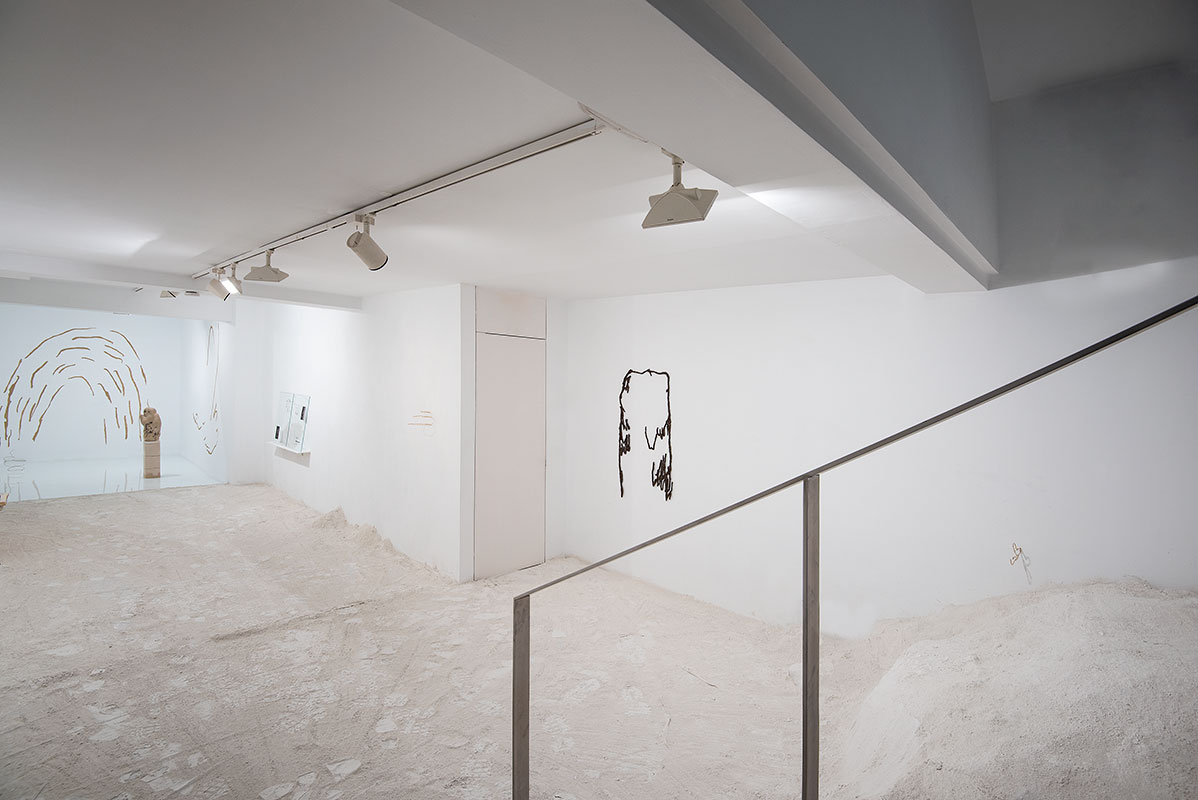 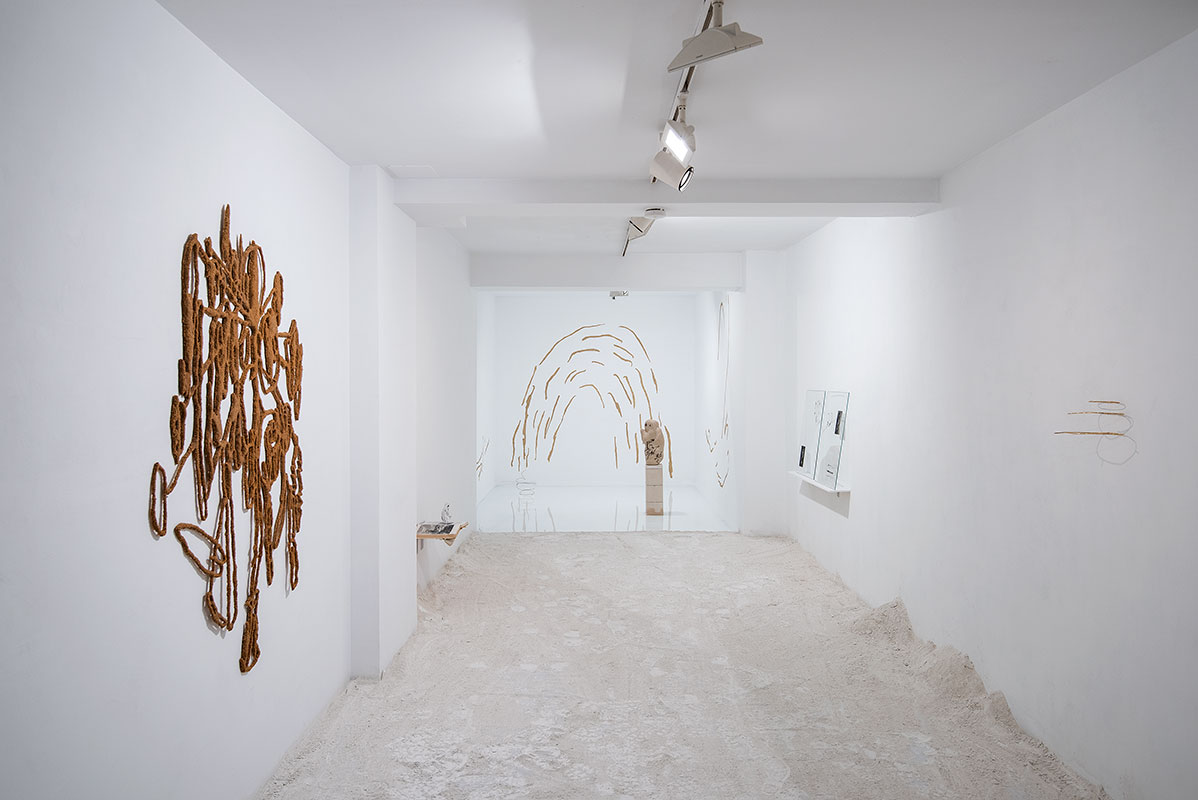 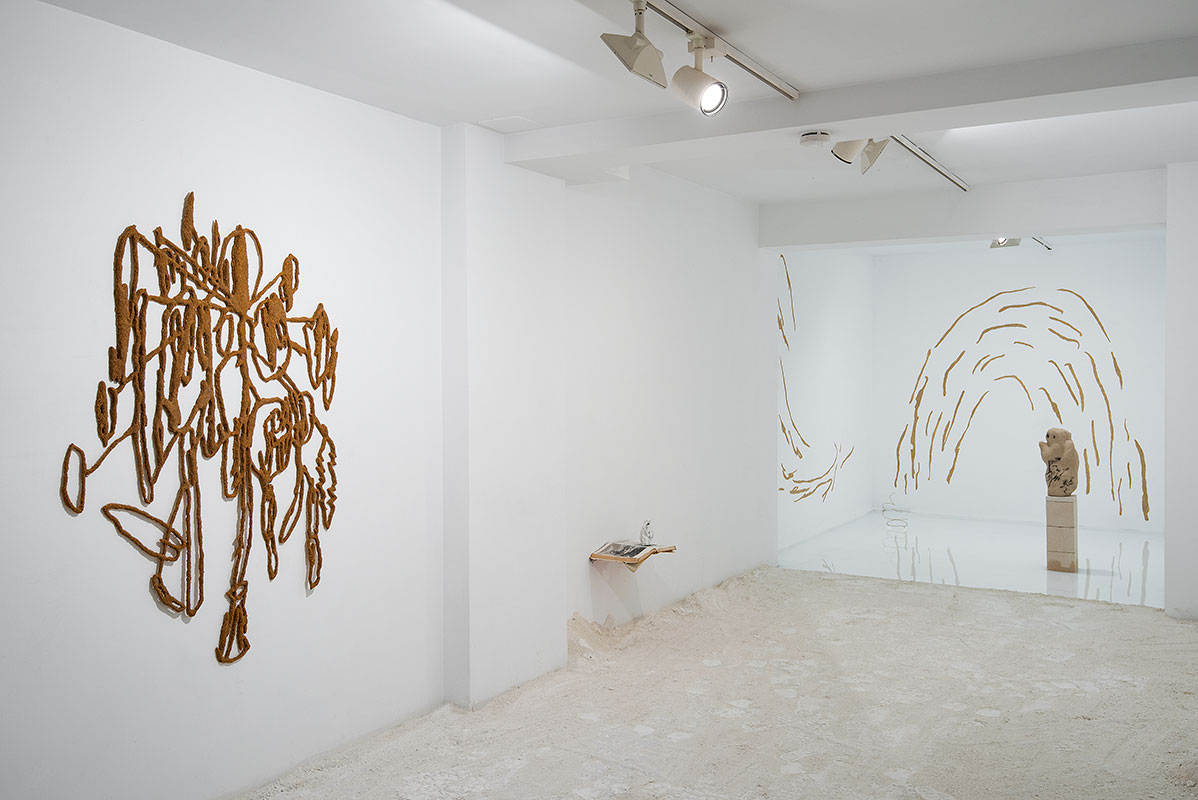 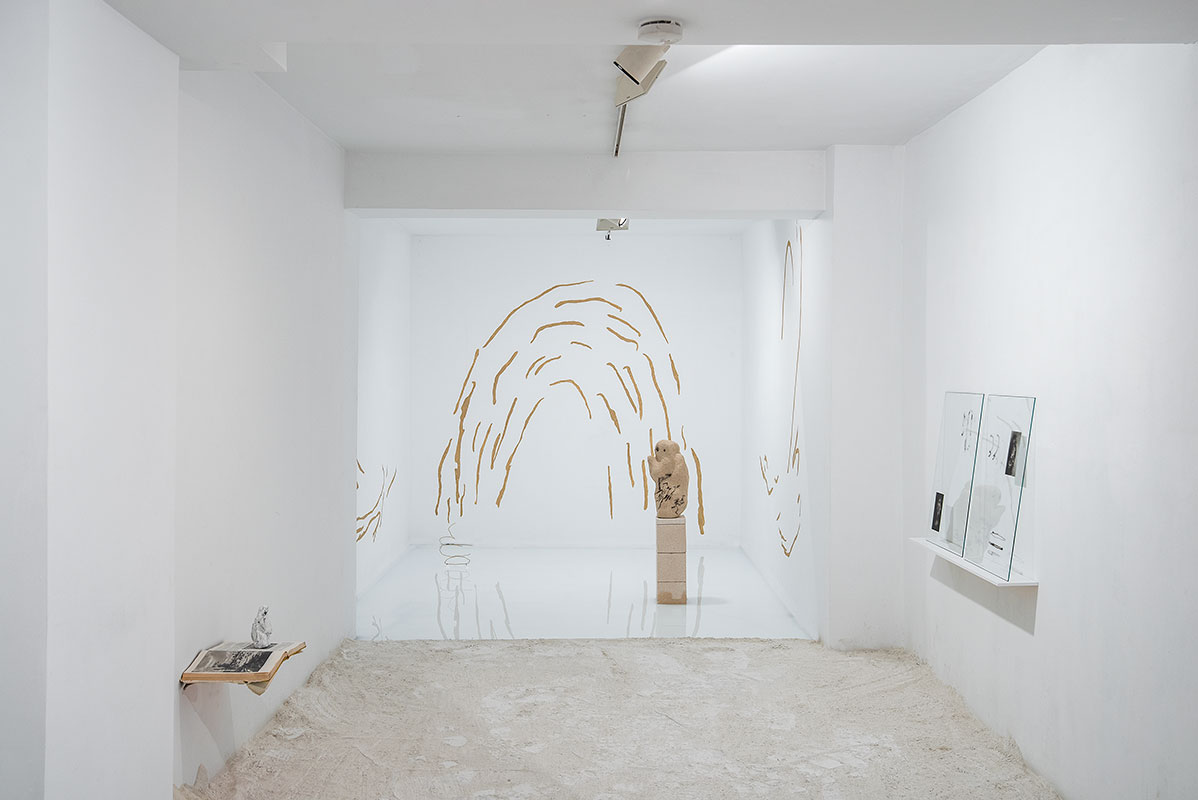 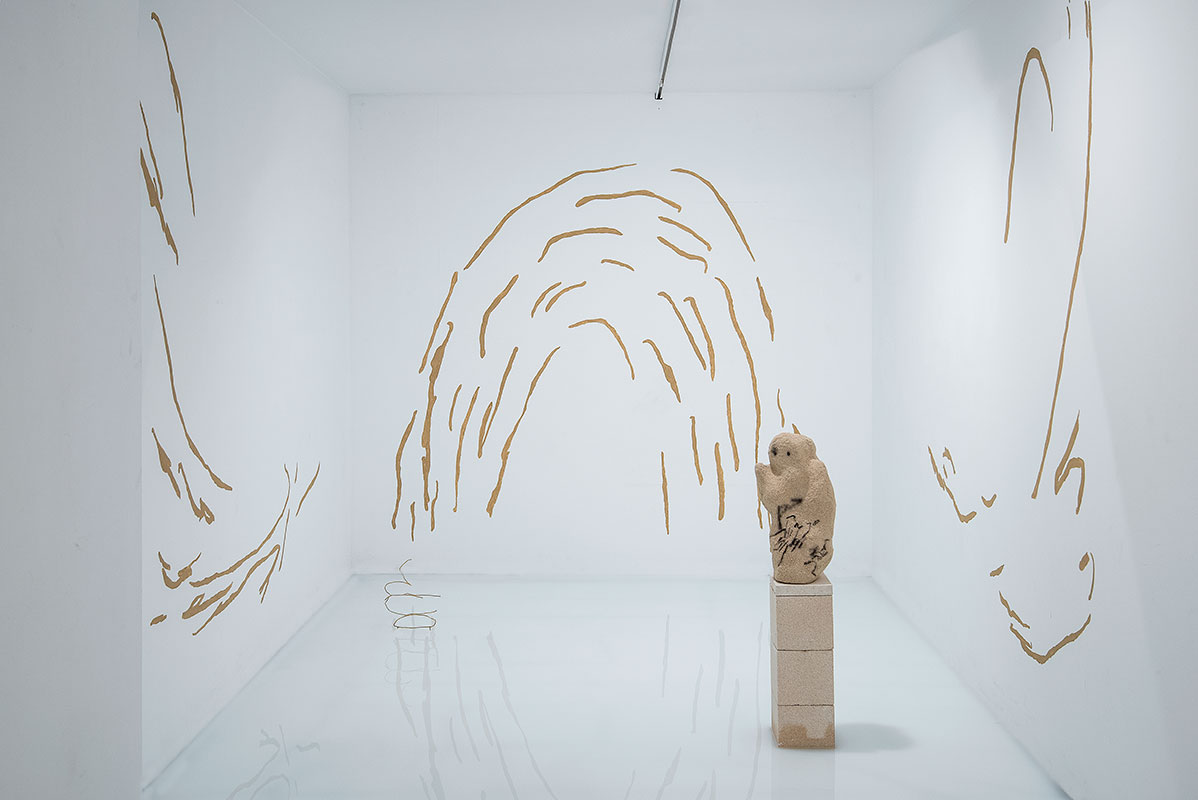 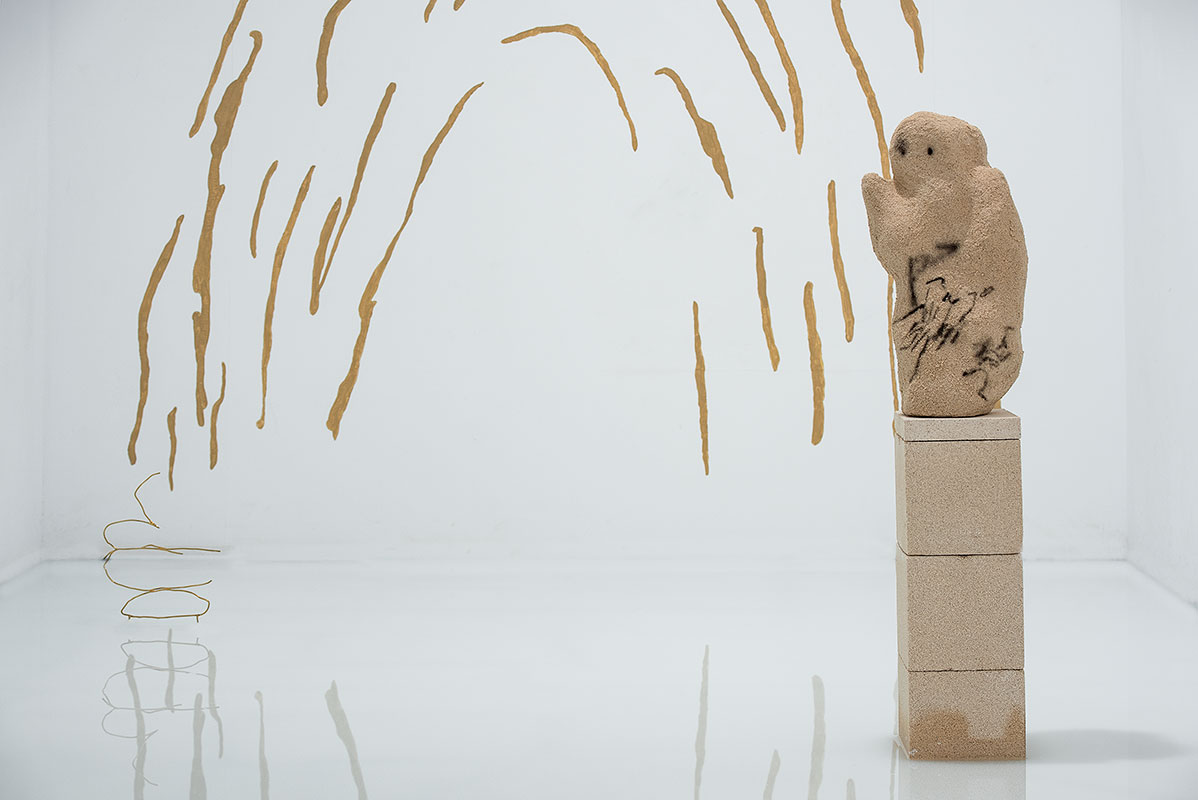 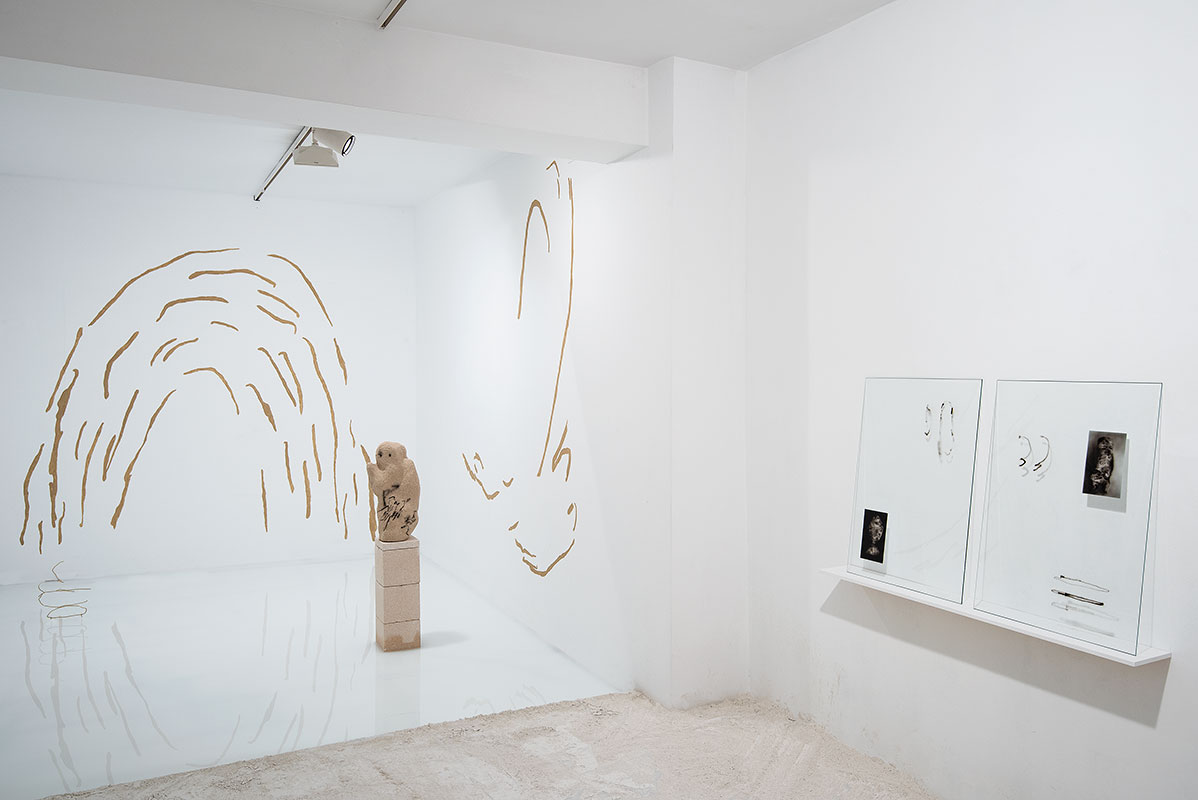 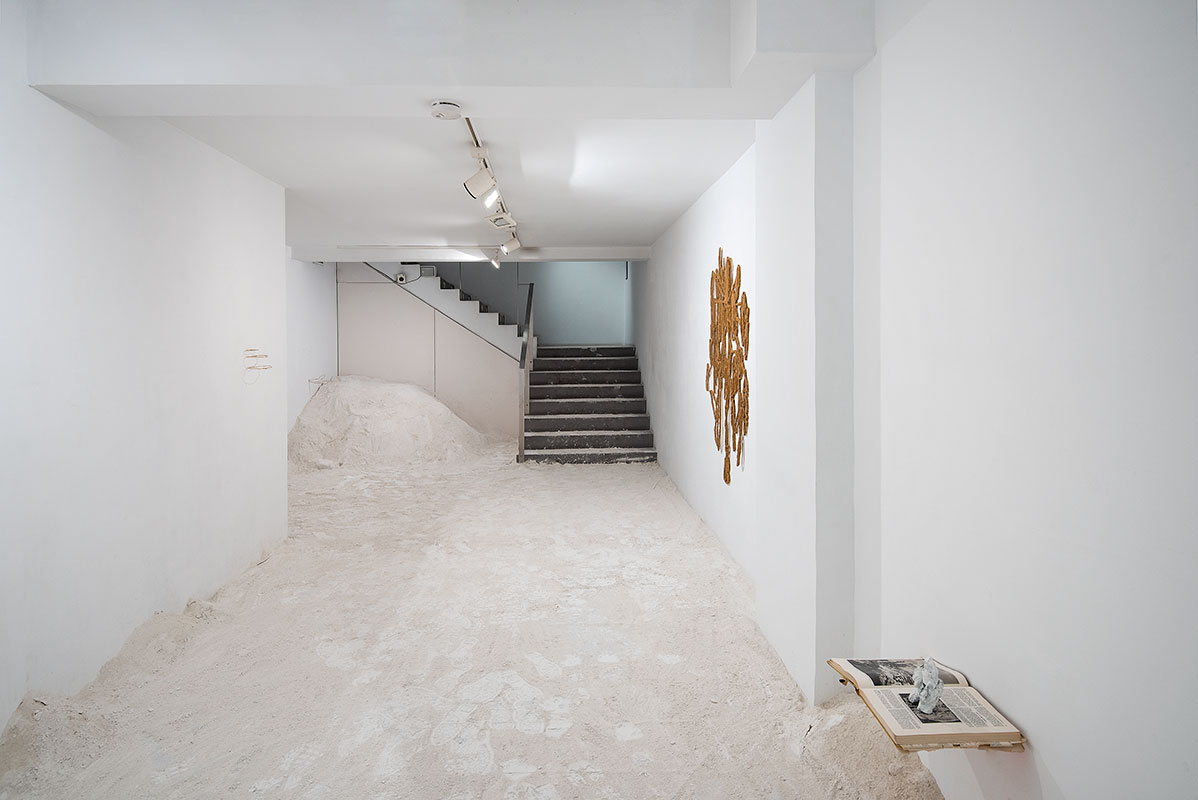 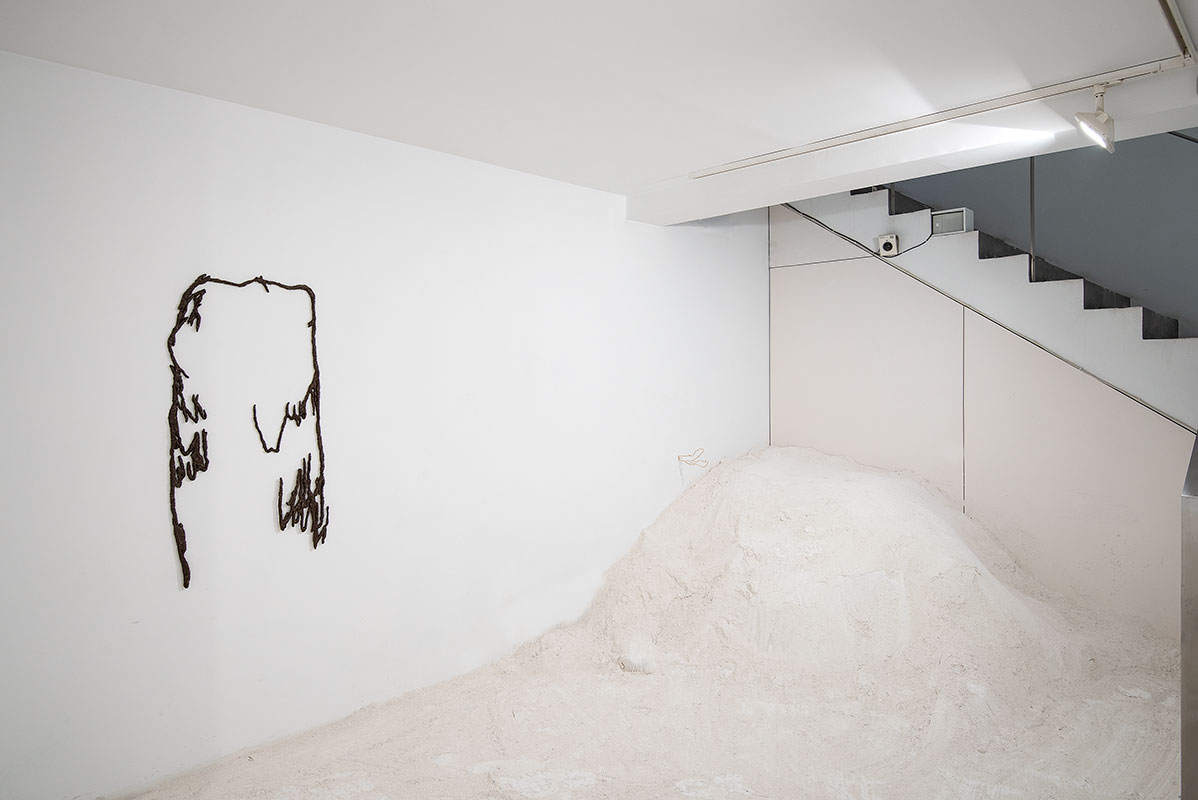 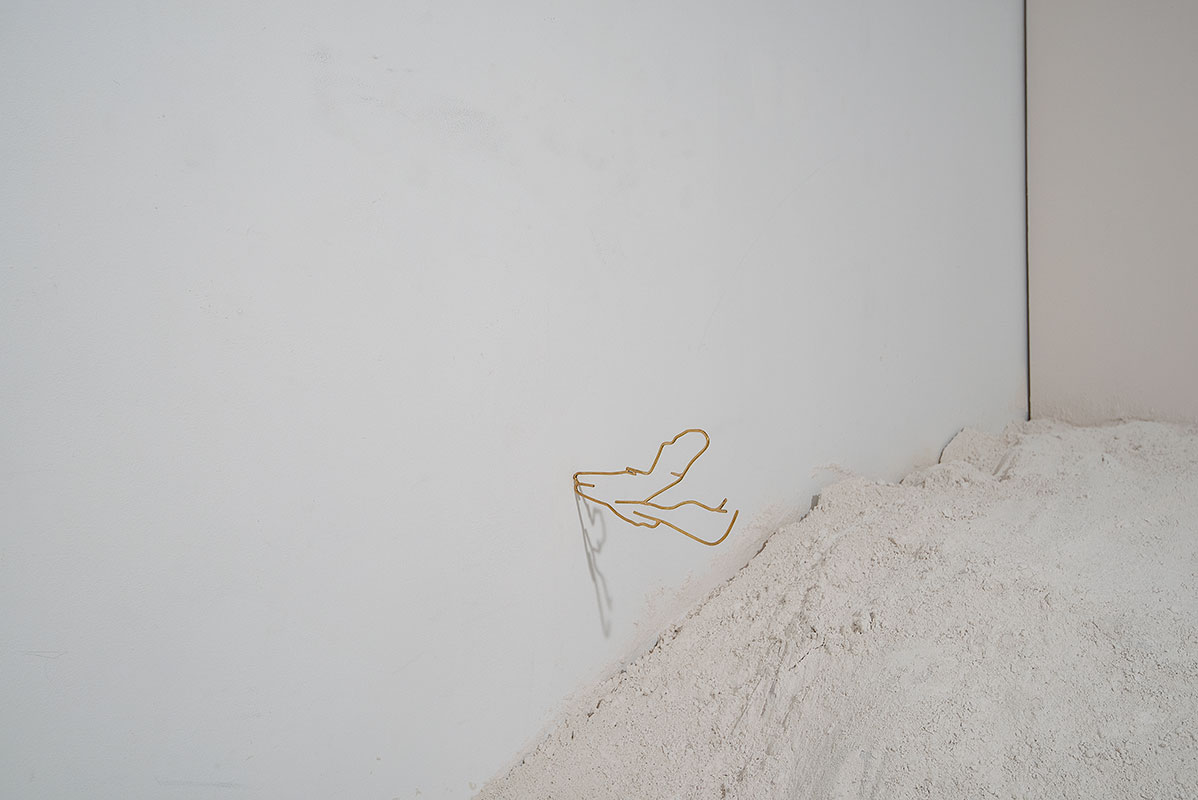 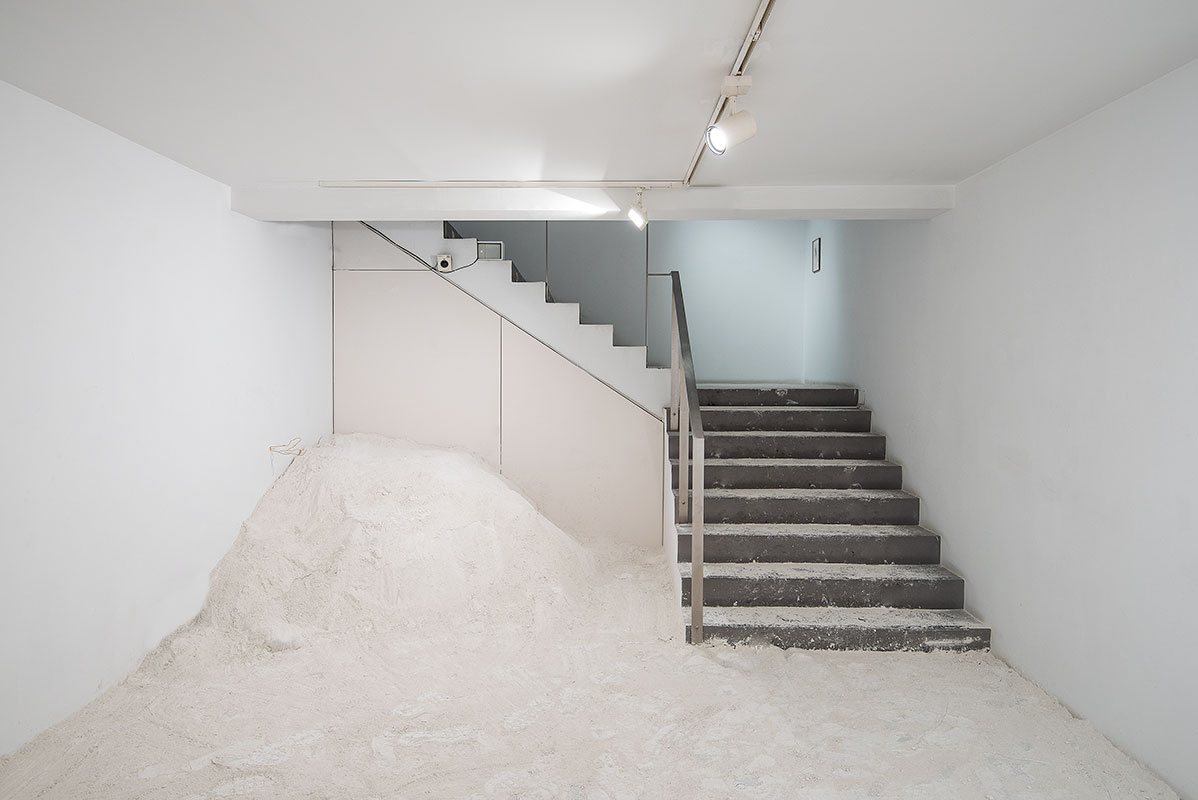 Entre perros y lobos alludes to a specific time, a transition, a play on words, a suspended moment, known in French as "l'heure bleue"; a light phenomenon that happens twice a day: before sunrise and after sunset. A peculiar thing, since there is no daylight, but neither is it completely dark. And what effects does this event have on the world? Some might answer that it is when the dogs hide and the cats come out, when the birds sleep and the owls break out, or that moment between dogs and wolves.

In this scenario, the artist Luis Úrculo creates the archaeological site of a not so distant civilization; a vacant lot covered with snow. The objects are fragments of other objects that have undergone a kind of erosion, suspended before something happens: a sand monster, a flickering spotlight in the snow, or, in a corner, an old and corroded slide projector. The result, a utopian environment where the artist makes us question ourselves: The name of the space in which one chapter ends and another begins? An undetectable color to the human eye? The second before a detective solves a case?