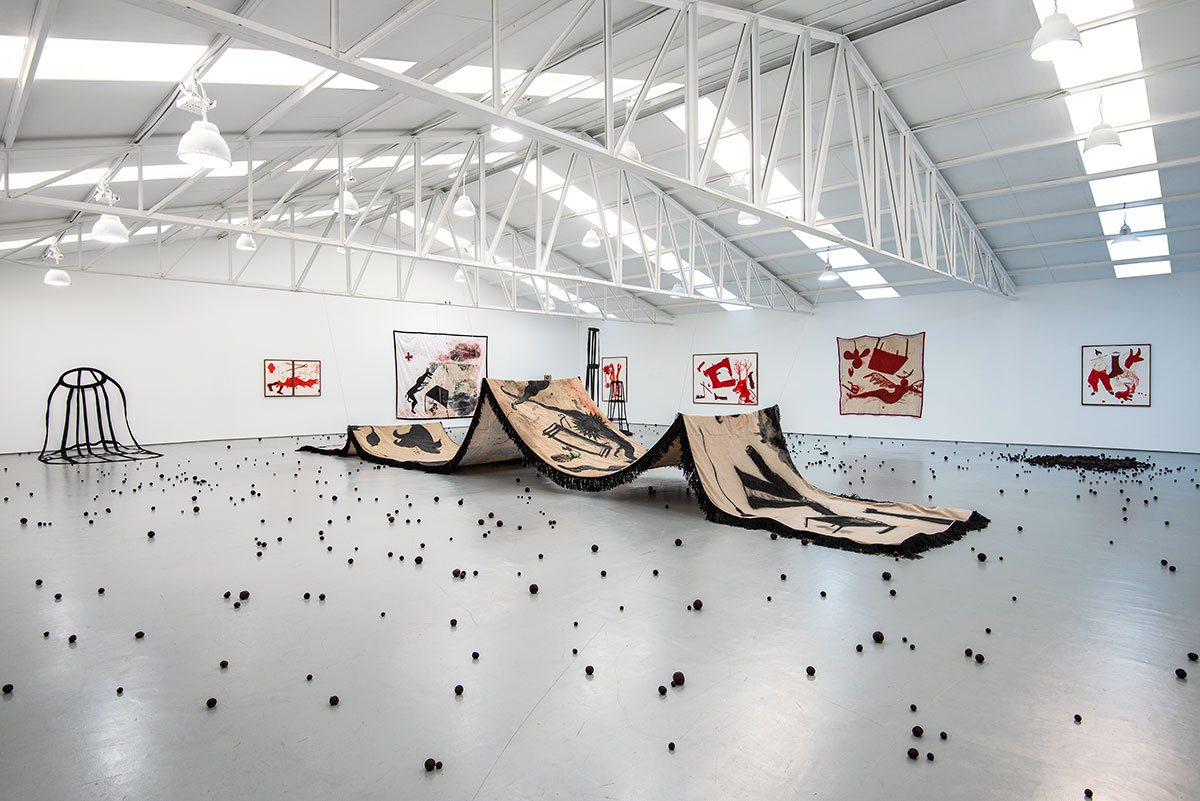 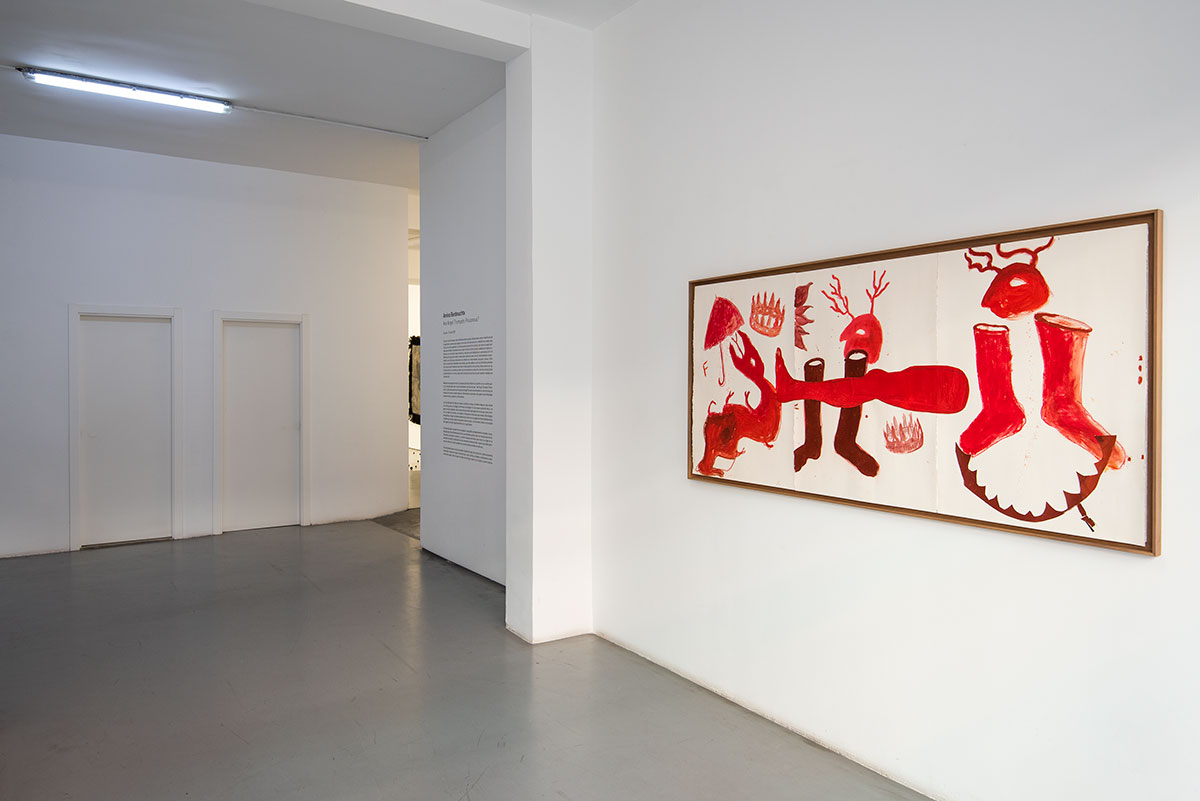 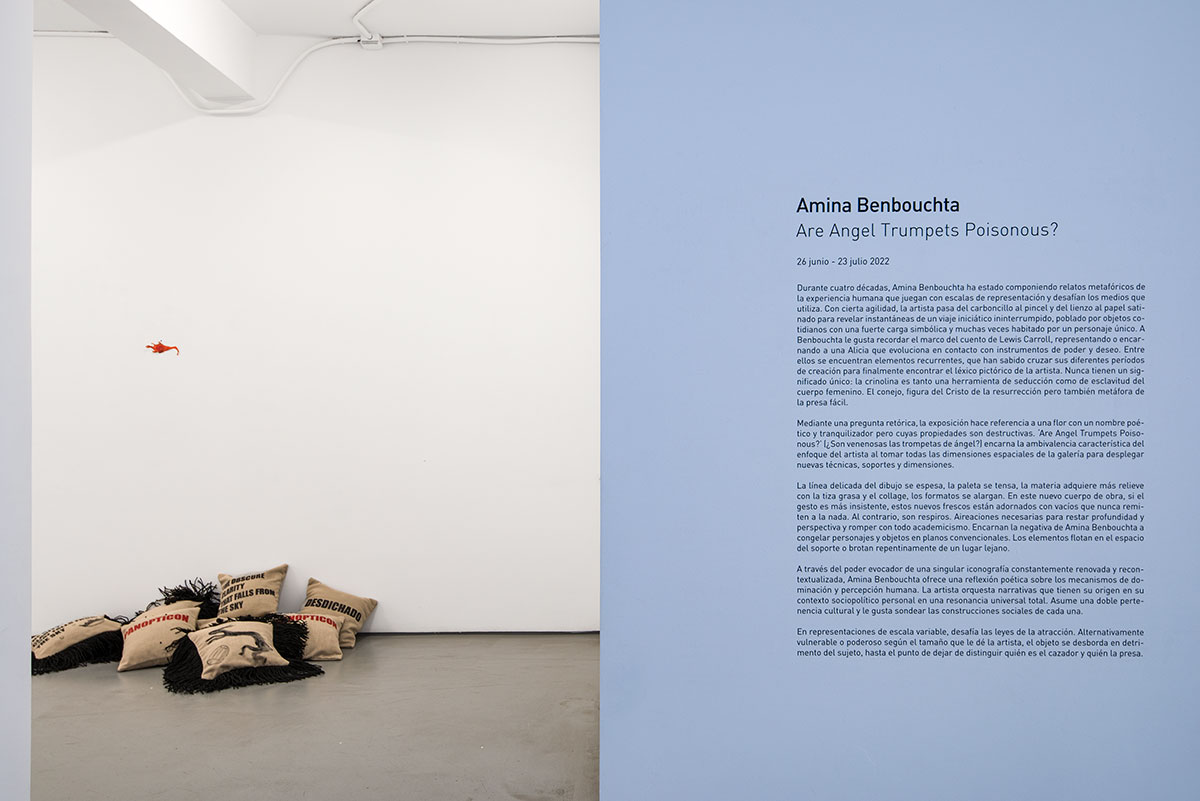 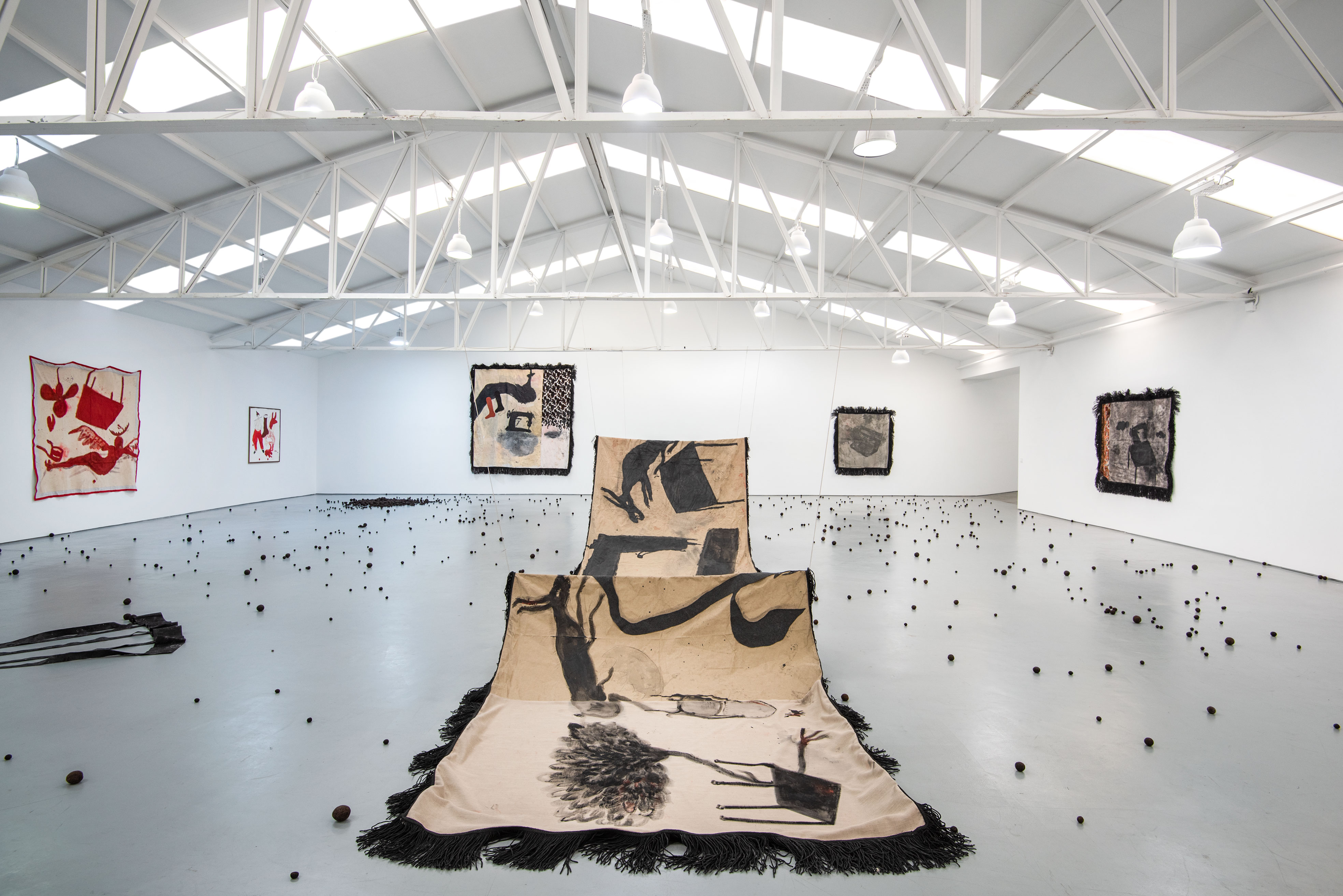 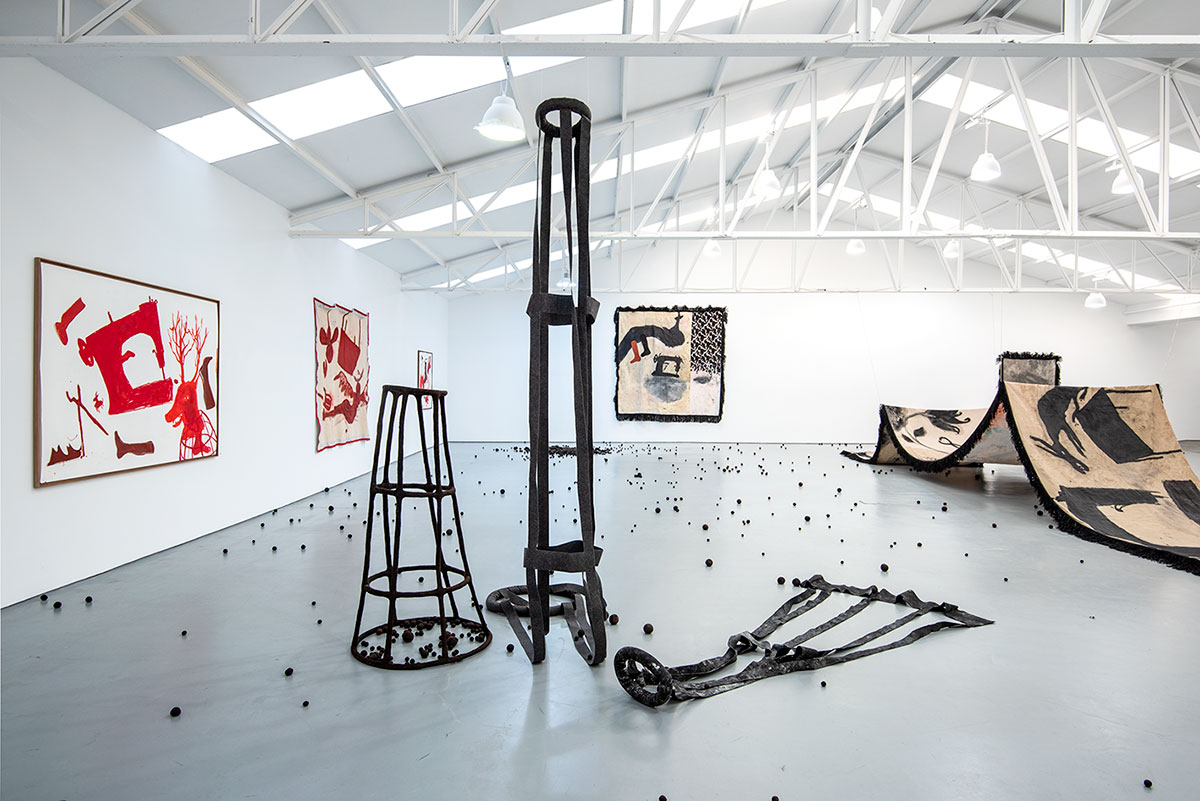 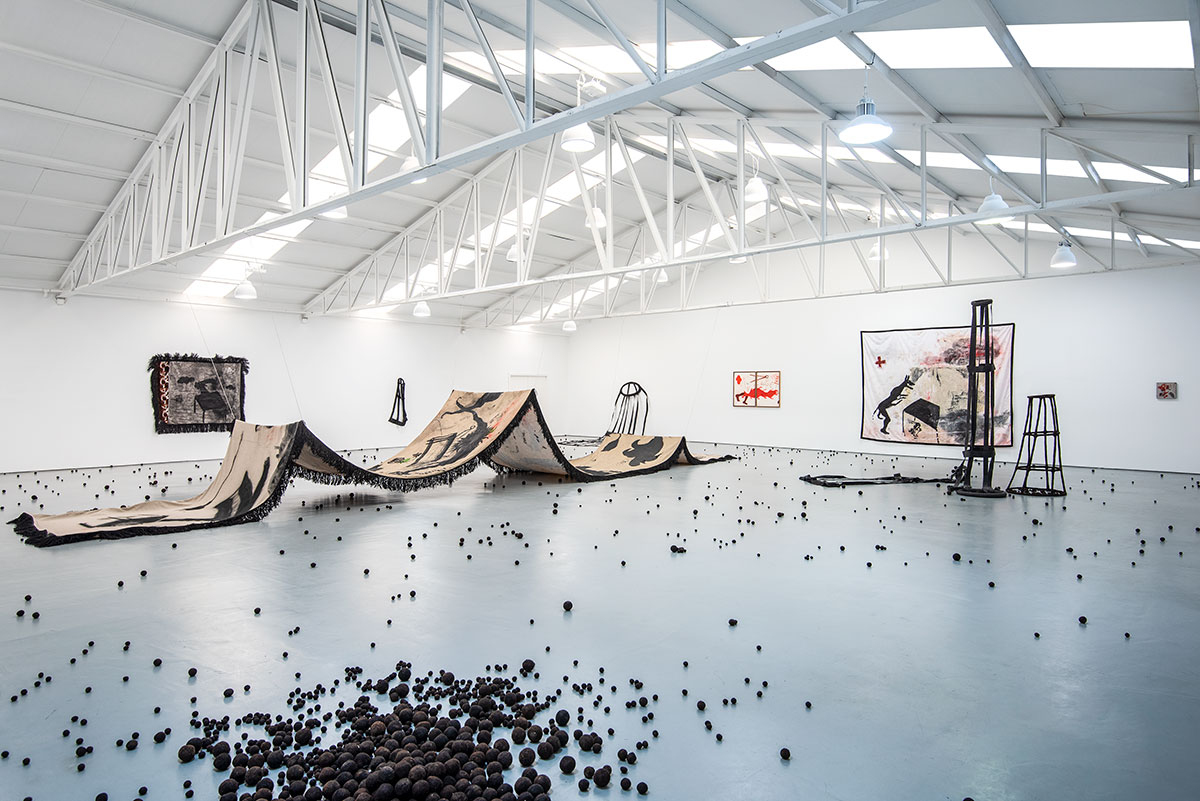 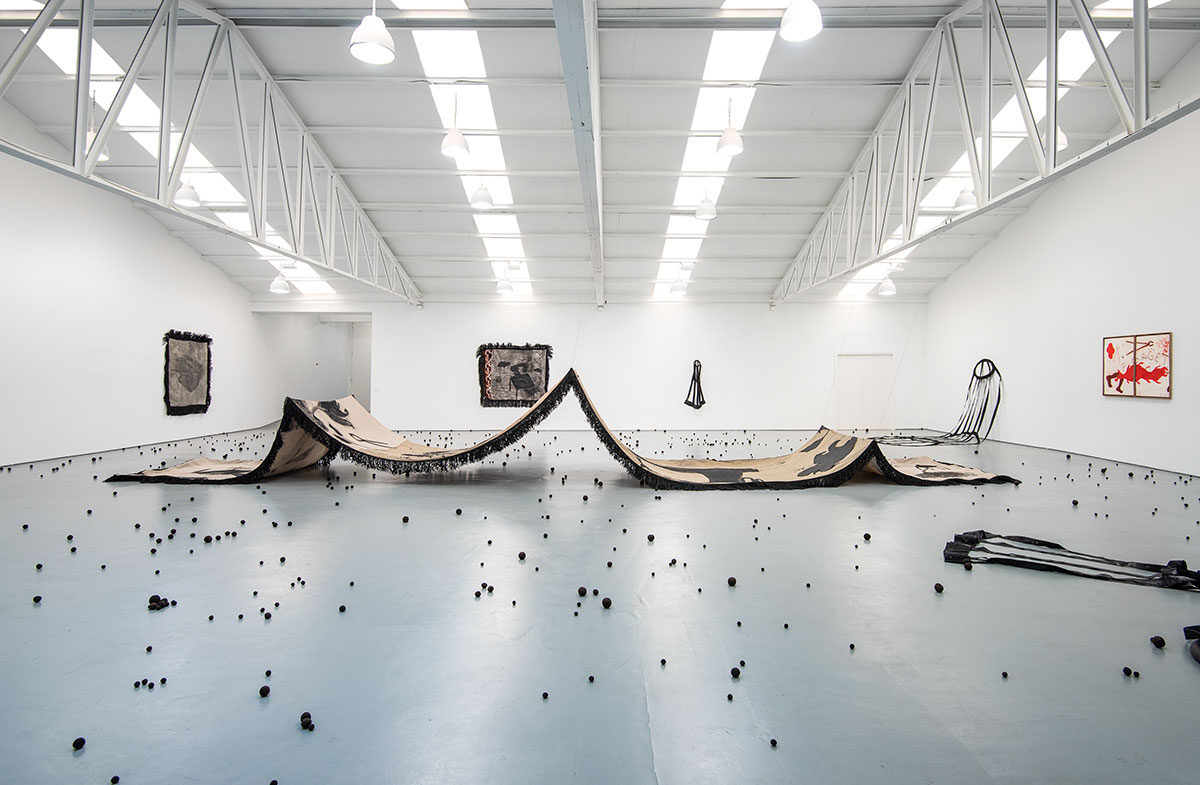 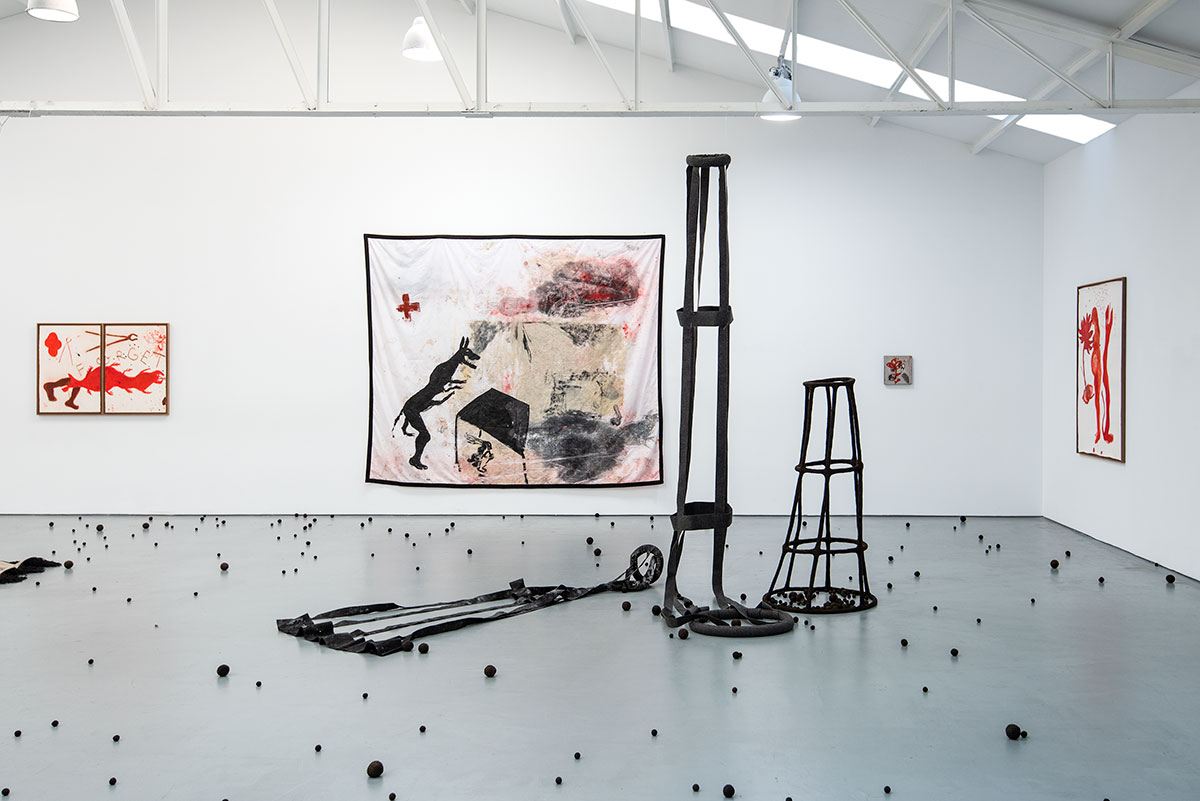 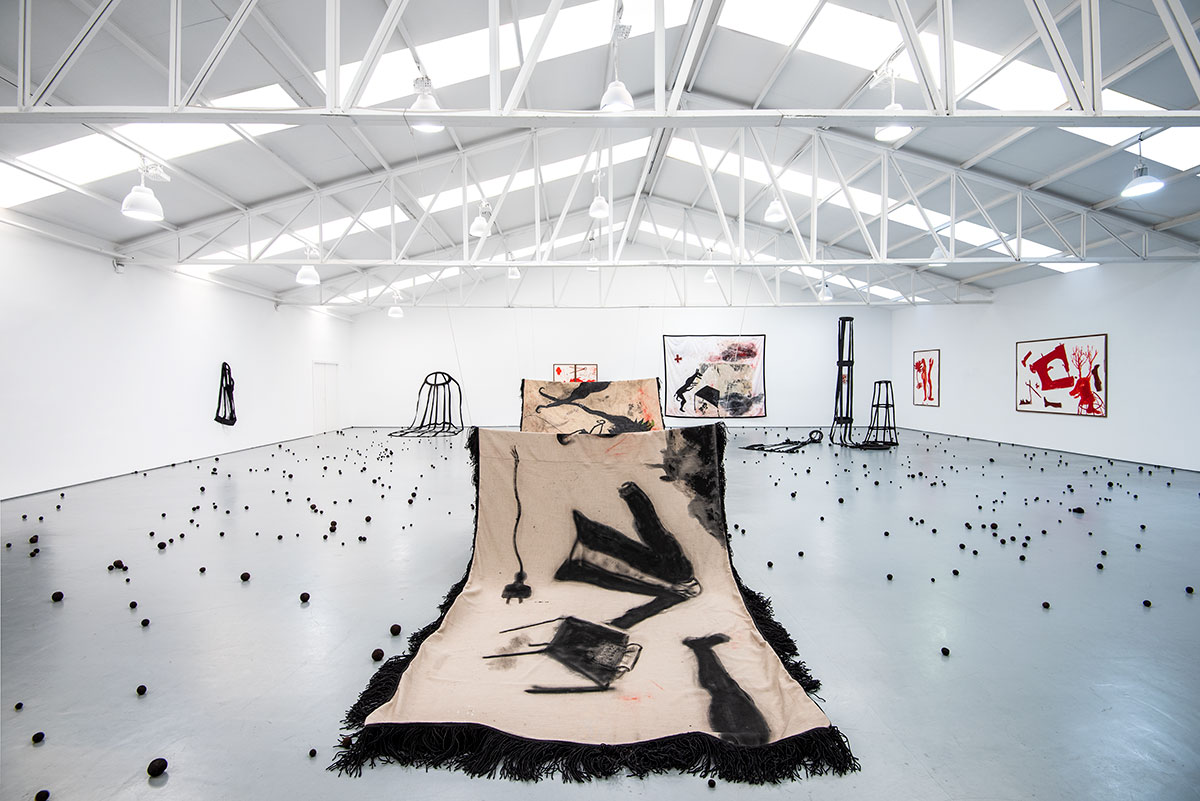 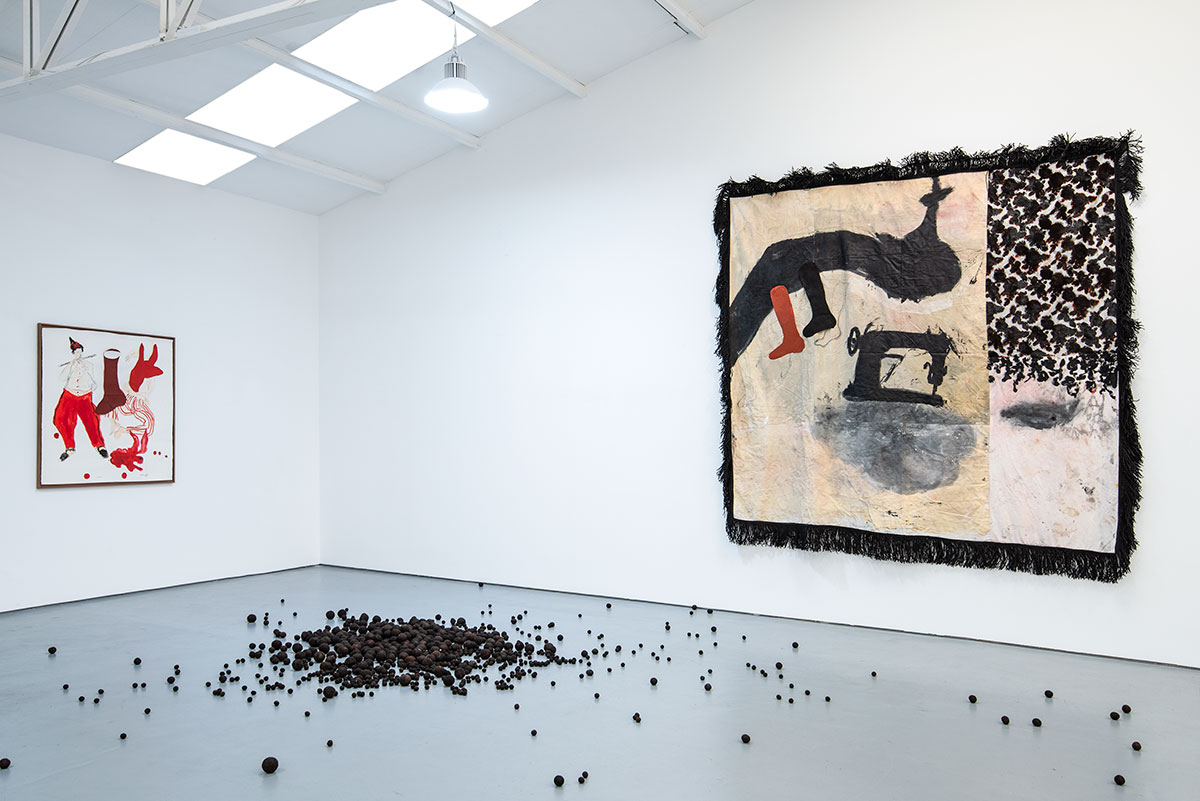 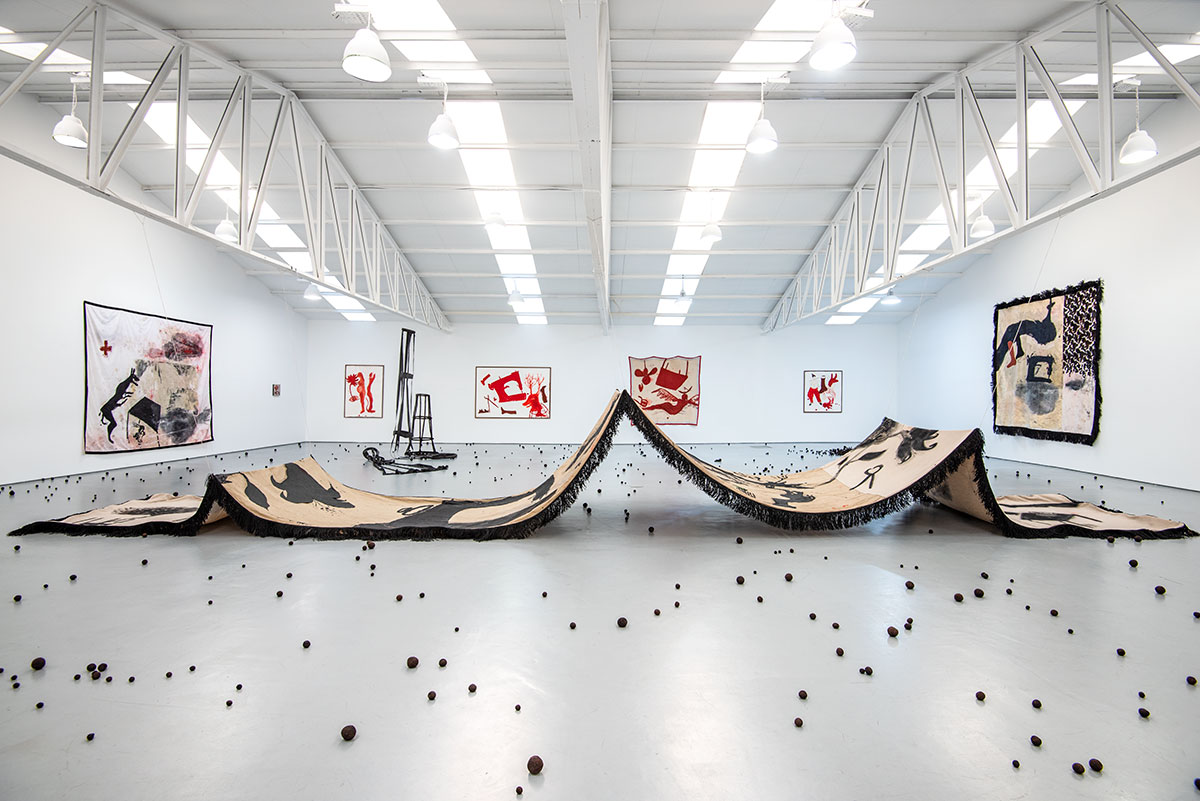 Sabrina Amrani is delighted to present Are Angel Trumpets Poisonous?, the third solo show by Amina Benbouchta in the gallery.

For four decades, Amina Benbouchta has been composing metaphorical accounts of human experience that play with scales of representation and challenge mediums. With a certain agility, the artist goes from charcoal to brush and from canvas to glossy paper to reveal snapshots of an uninterrupted initiatory journey, populated by everyday objects with a strong symbolic charge and often inhabited by a unique character. Benbouchta likes to recall the framework of Lewis Carroll's tale, by depicting or embodying an Alice evolving in contact with instruments of power and desire. Among them are recurring elements, which have known how to cross her different periods of creation that lead to the artist’s pictorial lexicon. They never have a single meaning: the crinoline is both a tool of seduction and enslavement of the female body. The rabbit, symbol of Christ’s resurrection but also a metaphor for easy prey.

By a rhetorical question, the exhibition title refers to a flower with a poetic and reassuring name but whose properties are destructive. Are the angel trumpets poisonous? embodies the characteristic ambivalence of the artist's approach by taking over all the spatial dimensions of the gallery to deploy new techniques, surfaces and dimensions.

The delicate line of the drawing thickens, the palette tightens, the material takes on more relief with grease chalk and collage, the formats lengthen. In this new body of work, if the gesture is more insistent, these new frescoes are adorned with voids that never refer to nothingness 1.

On the contrary, they are breathing spaces. Aerations necessary to subtract depth and perspective and break with all academism. They embody Amina Benbouchta's refusal to freeze characters and objects in conventional planes. The elements float in the space of the surfaces or suddenly spring from a distant elsewhere.

To the monumental drawings elaborated in shades ranging from bright red to carmine, is added a series of frescoes on textile. Here again the scale is unrealistic: an oversized wolf, a miniature centaur, a human-sized sewing machine. Executed in black, like x-rays of dreams -or nightmares-, these dark narratives let a certain danger dawn. Adorned with decorative modules unearthed from a previous life as the perfect mistress of the house, they recall the domestic universe, where patriarchal society has confined the female gender. Here, a piece of floral upholstery breaks with the darkness of the compositions; there, fringes of black trimmings serve as a frame, reminiscent of a hairy flea or the fleece of the origin of the world.

«I draw fears, they are the imaginary silhouette of tumors, those that clutter our affects»

The artist’s usual forms evolve to inhabit new mediums: the crinoline leaves the paper, takes shape, to moult in the exhibition space. On the one hand, in a version softened by means of felt, it gives up the indefectibility of the metal and lies down on the ground. On the other hand, disarticulated, as if changing skin again, the frame seems to embody a spider, synonymous with both danger and perseverance. One more reference to the resilient feminine dedicated to laborious but invisible work.

For this exhibition, the artist summons new allegories: fairytale figures (deer, snake), symbols of modernity or coercion. If sewing and typewriters have emancipated women as much as they have enslaved them, the pliers – tool of constraint – represented in a delicacy reminiscent of jewelry referring to elegance and opulence but which remains no less a vector of submission.

«Women work for the long term more than for a flash. Their effort is invisiblized but this is what builds a society and makes things last.»

Forming a carpet of stars, hundreds of balls of wool litter the ground and seem to mark out the initiatory journey. By reversing the relationship to the celestial element, the artist creates a new system of gravity that challenges our limits of perception.

Through the evocative power of a singular iconography constantly renewed and recontextualized, Amina Benbouchta offers a poetic reflection on the mechanisms of domination and human perception. The artist orchestrates narratives that take their source in her personal socio-political context in a total universal resonance. She assumes a double cultural belonging and likes to probe the social constructions of each.

In variable-scale representations, she defies the laws of attraction. Alternately vulnerable or powerful depending on the size given to it by the artist, the object overflows to the detriment of the subject, to the point of no longer distinguishing who is the hunter from the prey.